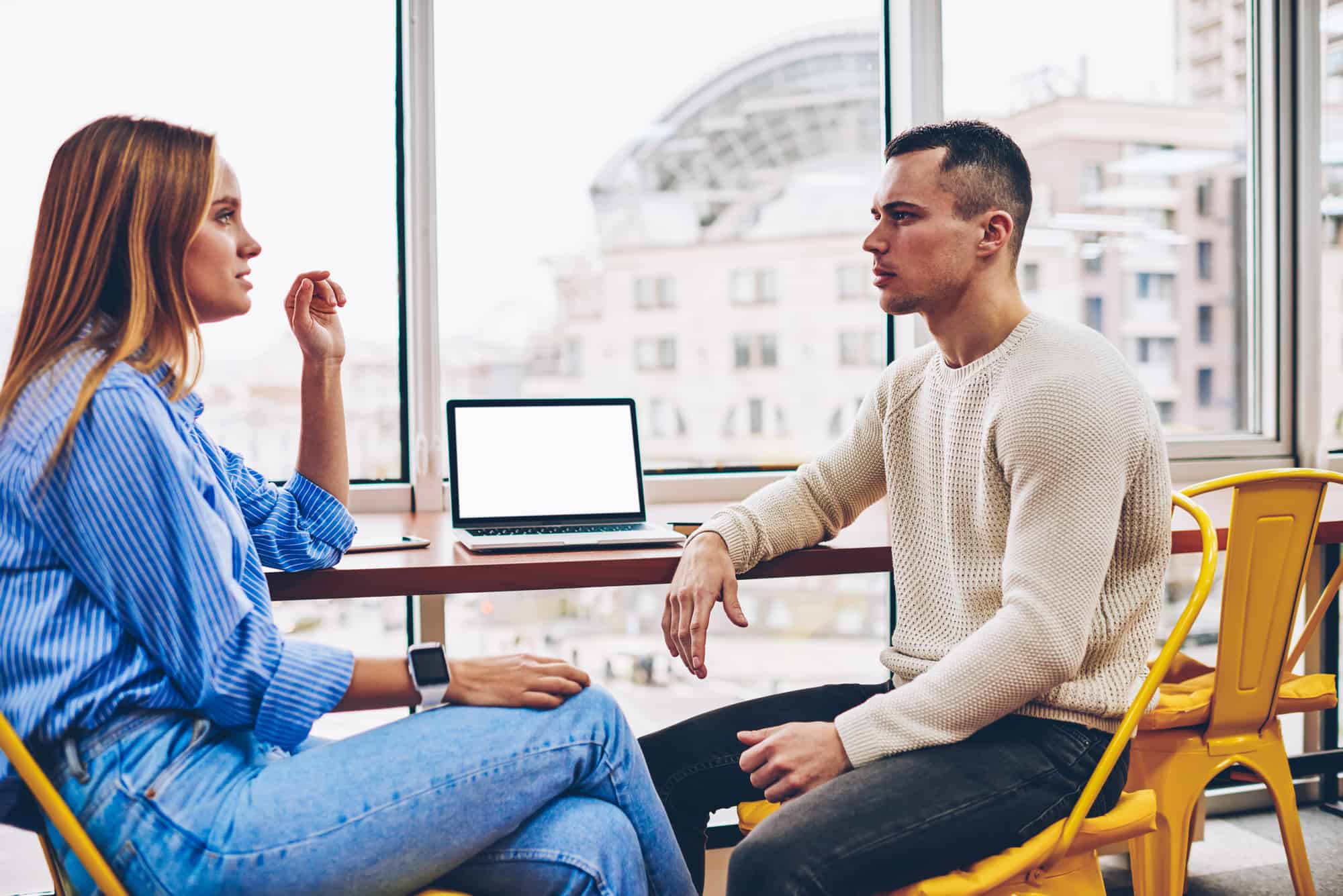 Should I Tell My Boyfriend Someone Asked Me Out Today?

It’s not an unusual thing to be asked out by someone else when you are already in a perfectly good relationship with your boyfriend. It happens more often than you think. Though now you’re not really sure whether to tell your boyfriend about it or not. You love him but you’re scared of how he’s going to react. Worry not, the reasons below will help you make the right decision.

Reasons To Tell Him The Truth

The following are a number of reasons that could encourage you to tell your boyfriend about it:

You should be okay with telling your boyfriend that someone asked you out if he wants to know about it. You might already have some conversations in the relationship where he says that it’s fine. This is one of the main Reasons Why You Need to Express Your Point of View in a Relationship. It can help you know what is okay and not okay to speak about with your boyfriend.

2. To Be Open With Each Other

By telling your boyfriend, you are practicing the habit of being open to the person that you love. But you have to be sure that he is okay with this. The more you tell him about this kind of thing, the easier it will be to talk to him about other things.

Openness is important in a relationship. It creates a healthy communication between couples. In the case of Characteristic of a Healthy and an Unhealthy Relationship, openness creates a healthy one. Those who tend to limit their openness with one another, have greater chance to run into troubles later on. When you are open with your boyfriend about this, he will also be willingly open to you. Your boyfriend will be comfortable to tell you about similar experiences as well.

Should I tell my boyfriend someone asked me out today? If you find it funny then there’s no harm in it. You can tell all about it to your boyfriend and the two of you can laugh it off. Instead of worrying that it will become something that threatens your relationship, make it into something that will be fun to listen to.

Lighten up the mood by starting off with “The funniest thing happened to me today…” or something similar. Humor can be one of the Ways to Bring Back Love in a Dying Relationship too.

Telling the truth to your boyfriend can help you avoid false accusations later on. Who really knows what’s going to happen in the future? You might be accused of hiding something from your boyfriend, or worse, cheating on him. All that could be related to the fact that you kept this information to yourself.

6. You Fear For Your Safety

There’s nothing wrong with your boyfriend knowing that someone asked you out, especially when you fear your safety. So that someone gave you the wrong vibe and you’re scared that he might do something extreme. By telling your boyfriend, he can spend more time to be around you in public places until you feel safe again.

Reasons Not To Tell

These are some good reasons not to tell your boyfriend:

1. It Happens Too Often

Consider not telling your boyfriend if it happens too often. Sure it’s flattering and you may be tempted to tell him but it can annoy him. Most men find it okay to know that their girlfriend gets asked out once or twice. But if it’s too frequent then they prefer to not know about it.

Do not tell your boyfriend at all if he’s super possessive. Once he knows about it, he might even become more controlling of your life. That is not what you want. You love him but you shouldn’t risk losing your freedom over this thing. As your boyfriend is possessive, he has more tendency to overreact and that will take a toll on you. Get to know the Signs You'll Regret Marrying Your Partner if he becomes increasingly possessive and won't change.

3. The Person Is Close To Your Boyfriend

In case that the person who asked you out is his close friend or a co-worker, then you should keep it to yourself. If he finds out, it might cause a strain in their relationship. Other than that, things can get awkward. Your boyfriend might become too protective about you around the people he knows.

4. It Means Nothing To You

No need to ask yourself ‘should I tell my boyfriend someone asked me out today?’ if the whole thing doesn’t even mean anything to you. Forget about it and move on with your day. Something that’s insignificant in your relationship shouldn’t affect you so much. Since it’s meaningless, your boyfriend doesn’t need to know about it.

Another reason not to tell your boyfriend is that it’s because he’s easily jealous. This will trigger him to be upset over the fact that someone else found you attractive. He will not deal with this lightly. Your boyfriend will dump all his jealousy issues on you and that might lead to unnecessary arguments. Checking your phone and asking you where you're going are the common signs that he is jealous.

Also read: Reasons Why Are Scorpios So Sensitive and Jealousy Sometimes

6. It Will Make Him Insecure

Your boyfriend shouldn’t know about it if he is somewhat insecure. This will be a downer to him and make him see himself as someone who does not deserve to be your boyfriend. It will be a difficult task to ensure him that he is enough. He might lose faith in the relationship as his insecurity grows bigger.

Getting asked out by someone who is not your boyfriend may not seem like a big deal. But in the end, it can greatly affect the overall relationship you have with your boyfriend.

Michelle Devani
My name is Michelle Devani, and I've been helping people with their relationships since 2003. In 2017 I decided it was about time I started a blog on the topic, and since then more than 2 million people worldwide have read my relationship advice. Drop me a comment below to let me know what you think.
You May Also Like
Things You Should Know Before You Date Someone with Depression (Important!)
No Comments
How To Turn On A Woman With Words (155 Tips)
No Comments
How to Make a Taurus and Libra Relationship Work Smoothly
No Comments