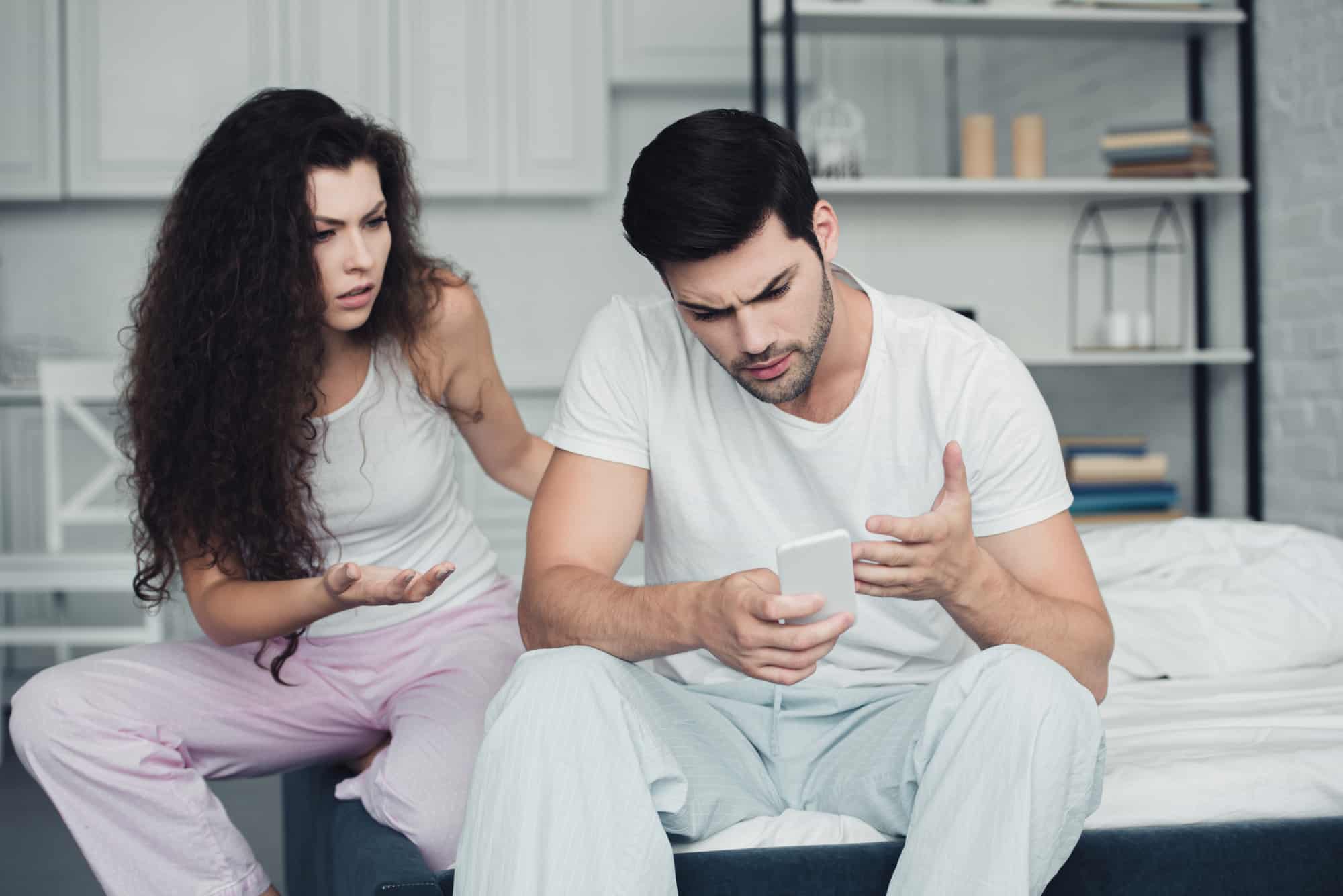 How To Know If Your Husband Is Having Crush On Another Woman (Figure Out Immediately!)

When you are married to someone, you will quickly notice when your husband shows an unusual behavior. For instance, when he seems to have interest on other woman. You can’t help but being suspicious when he started to come home late from work more often, hardly picking up your calls and set password to his phone, refuse to let you know.

To make sure that he might commit infidelity towards you, this is how to know if your husband is having a crush on another woman. It will help you to recognize the signs, so you know what you should do to deal with it.

1. He Doesn’t Pick Up Calls Around You

Mobile phone is the easiest way to find out everything, including when you suspect your husband on crushing another woman. We are all want privacy, but the fact that your husband leaves the room to pick up calls hinting on something. There must be something he wants to hide from you.

There’s only two possibilities: either he takes a highly important business matter or he receive calls from another woman.

Also read: Signs Your Best Friend is Cheating With Your Husband

2. He Has Multiple Cellphones

Another sign a man is attracted to other woman is having multiple phones. Well, it’s on the same level as cheating, but having a crush is the start of everything. He may not hide his phone from your sight, but turns out he keeps another phone.

Don’t blindly believe if he said the other phone is for business inquiries. If it is, he shouldn’t have hide it from you. Anything work-related is not something to be kept from you. You’re his wife after all!

One sure thing that a man is having crush on another woman is he distanced himself from his families. He skips family meetings and gathering with millions of excuses, because he prefers to spend it with someone else.

If he only missed once or twice, it’s still normal. But if he keeps missing it, something fishy is going on with him.

4. He Deletes Things From His Phone

People say that checking your husband’s phone could destroy your marriage. While it might be true, you don’t have another choice but to go through his phones to find out whether he’s been in contact with another woman or not.

If you find everything empty day by day—calls, messages, and emails history—then he deliberately delete all of them. Why? Because he doesn’t want you to see something.

5. He Has Plenty of Times to Do Business Meeting

This is another way how to know if your husband is having a crush on another woman: having no time for family gathering, but he never miss business meeting. In fact, the business meeting has been unusually often.

Well, he might be partly lying though. He has a business meeting, indeed. But with another woman. Work is the most common reason used by men who commit infidelity.

6. He Changes His Appearance Drastically

He’s your husband and you spend so much times with him, enough for you to understand his habit. Thus, even when he shows a slight change in him, you quickly notice it. We’re talking about appearance here.

If your husband is someone who never put much thought about how to dress himself, but suddenly start to style himself, what’s happening? It’s good to see him change for better, but you have to be aware at the same time. He might not do it for you, it’s for the other woman.

7. He Stops Sharing with You

Communication is one of the most important thing in any relationship. After spending the whole day at work, time before bed is a good opportunity to keep up with each other. It’s what happen when your marriage is perfectly normal.

But if your husband stops telling you about his day, going sleep straight after work, and never look you in the eye when he talks to you, then his mind must be at somewhere else.

Also read: Signs Your Husband is Cheating with Your Friend

It’s always good to see your husband happy, energetic, and more confidence. But what causes all those newly found behavior is not less important. There must be something that triggered these behaviors.

If he shares it with you without you have to ask first, then it’s something to be thankful of. But if he doesn’t, look for the source of happiness and energy in him.

When your husband develops a new hobby, the kind that he never like before, you should be suspicious. He was someone who never into football, but suddenly he joins a football club one day.

Well, it may be he does it to look cool for another woman or he just want try something new. Look for evidence, don’t quickly make false accusations.

10. He Talks About Certain Woman Too Often

Having crush on someone is like entering magnetic field. You are drawn to that person, make you want to talk about them all the time as your interest increase. Watch if your husband has been showing this behavior or not.

When he starts to mention certain woman, talking about her or everything that related to her, he might have develop a crush on her. If he doesn’t, then why in the world would he mention about her a lot?

The flame that burned so hot in the past is slowly died. Maybe because he gives it to someone else.

So those are the ways how to know if your husband is having a crush on another woman. One thing you must remember is having crush doesn’t always mean he’s cheating. Maybe he just like the sensation of fall in love to someone new, but having no intention to take it seriously. Don’t falsely accuse him until you find solid evidence.

Michelle Devani
My name is Michelle Devani, and I've been helping people with their relationships since 2003. In 2017 I decided it was about time I started a blog on the topic, and since then more than 2 million people worldwide have read my relationship advice. Drop me a comment below to let me know what you think.
You May Also Like
Signs That Someone Is In Love With You Secretly
No Comments
21 Signs A Pisces Has A Crush On You Secretly
No Comments
Hurtful Signs Your Crush Just Friendzoned You
No Comments