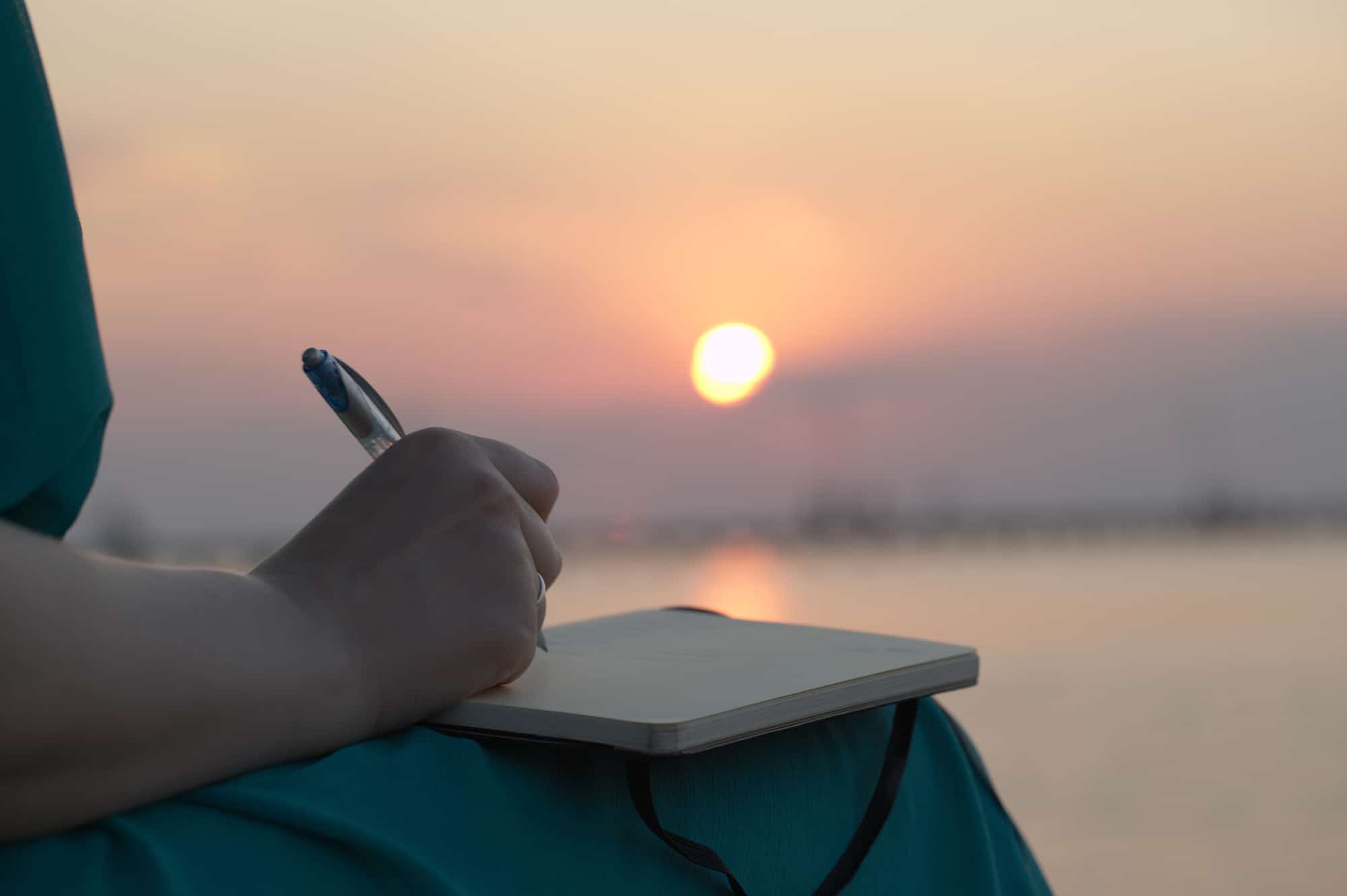 Sweet Tips On Writing A Love Letter To Your Boyfriend

Top Tips On Writing A Love Letter To Your Boyfriend

1. Don’t Worry About Making It Sound Like A ‘Love Letter’

You don’t have to stress about making it sound like what you think a love letter should. It’s all about the sincerity that you’re writing it with. If it comes from your heart and the words are truly yours, you can be sure he’ll be able to sense the love it’s written with.

2. The Delivery Is Irrelevant

Okay, it might just be relevant, but keep in mind that the delivery is not everything. You can literally post it, or you can simply slip it into his hand before you part for the day. Really, it doesn’t matter.

3. Make It A Surprise

Don’t tell him that you’re writing him a love letter. Make it a surprise. Whether as a birthday or anniversary gift or even just to show him your love. Boys love surprises, you know.

4. Write About The Past, Present & Future

This is a crucial tip for writing a love letter to your boyfriend. If you’re not sure how to structure your letter, write about the past, followed by the present and then the future. You can talk about the moment you first met him, what you’re feeling right now, and your hopes for the future of your relationship.

However, don’t spend the entire length of the letter talking about just one thing. Even though it’s a love letter, he can get bored. Write about different things and recall different moments from different points of your relationship. Make it a roller coaster ride –make him smile, laugh, cry, and reminisce.

An important thing to keep in mind is to write what will make him feel happy. It might be comforting for him to know what you like about him. If anything, it’s possible that he’ll try to better himself in those aspects if he knows you’ll love him even more.

7. Accept That The First Draft Will Be Bad

The first time you’re drafting the letter, just write your heart out. It’s only for your eyes anyway, and you’ll have to edit and proofread the letter at least twice. No love letter will come out perfect the first time around, so don’t feel discouraged. You can write a touching letter.

8. Say What’s In Your Heart

Don’t use content you can find on the Internet. Write only what you want to say. Be as honest and candid as you can. Your boyfriend will know if you merely rewrote professionally-composed love confessions in your squiggly handwriting. This is the sweetest tips on writing a love letter to your boyfriend

Really, you don’t have to use flowery language or archaic words just to make it read like a love letter. Even though its popularity has fallen in the modern days, it doesn’t mean you can’t use modern language. If anything, it’ll make the content comprehensible and feel more like a heart-to-heart conversation than a formal epistle.

10. Make It Personal And Specific

Details are important. Your boyfriend will appreciate inside jokes and specifics about your relationship that are personal and only known to you. He’ll feel that the letter is specially tailored for him, and feel more moved than if you include only generic topics.

11. Don’t Worry About The Length

The length doesn’t matter. You don’t need to write a three-paged composition to call it a love letter. In fact, if you’re not comfortable writing lengthy letters, don’t. A few paragraphs are fine, as long as they reflect your emotions and genuineness.

12. Don’t Worry About The Looks

Again, you also don’t have to worry about how the aesthetic of your letter. Sure, it helps if you have extra neat and beautiful handwriting, but if it’s legible, then you’re okay.

13. The Message Matters, Not The Format

So the length and the looks don’t matter. So doesn’t the format. Whether the letter consists of just words or a mix of doodles and colors, it’s the message you want to get across that is important.

Don’t write about how lucky you think he is for having a girlfriend like you, although you can say some Reasons Why You Should Love Me. Remember, the letter is intended to make him feel better about himself, about your relationship. So write something you think he’d want to hear. Tell him he’s amazing, that you’re lucky to have him.

This one speaks for itself. Don’t be scared to wear your hair on your sleeves when you’re writing a love letter. Be honest and tell him what you are thinking about.

After all, what’s a love letter without the theatrical phrase of ‘I love you’? It doesn’t have to drip with these words but mention once or twice that you feel this way. Maybe he knows it already because you did the Things to Do to Prove You Love Your Boyfriend, but what’s the harm in reminding him? What’s the harm of making him smile?

17. Conclude With A Summation Of Your Love

Finally, end the letter with something which represents your love. An inside joke, your hopes for the future, gratitude, and even another ‘I love you’!

Reasons To Write A Love Letter To Your Boyfriend

Maybe you’re still not sure if you should write him a love letter. Well, it really is a great idea to do so. Why?

There’s really nothing more romantic than a handwritten love letter, complete with a signature and heart doodles all over.

Sure, love letters may have lost their appeal these days. But who says they’re just a thing of the past? In fact, most successful romantic relationships these days have had their own share of exchanging love letters.

3. It Means You Actually Put Effort

It means you actually took the time to compose and handwrite your love, not just type in sweet-nothings that take less than a minute on your phone. Or forward a cute gif via text message.

Your words might just make him emotional, even tear up. A heartfelt love letter will definitely deepen his feelings for you and make him respect you more.

5. He Will Appreciate It

Most importantly, he will appreciate the effort you put into making your feelings known to him. He might even think about returning the letter someday, and doesn’t the thought itself excite you?

So, now you have read these tips on writing a love letter to your boyfriend, what are you waiting for? Go write that long-due letter and watch his reaction as his heart skips a beat. This will also make the two of you grow closer to each other.

Michelle Devani
My name is Michelle Devani, and I've been helping people with their relationships since 2003. In 2017 I decided it was about time I started a blog on the topic, and since then more than 2 million people worldwide have read my relationship advice. Drop me a comment below to let me know what you think.
You May Also Like
Cute Things To Say To A Girl Over Text To Make Her Smile
No Comments
How to Make Your Ex Girlfriend Desperately Want You Back
No Comments
How To Make A Libra Man Jealous On Facebook (100% Works)
No Comments