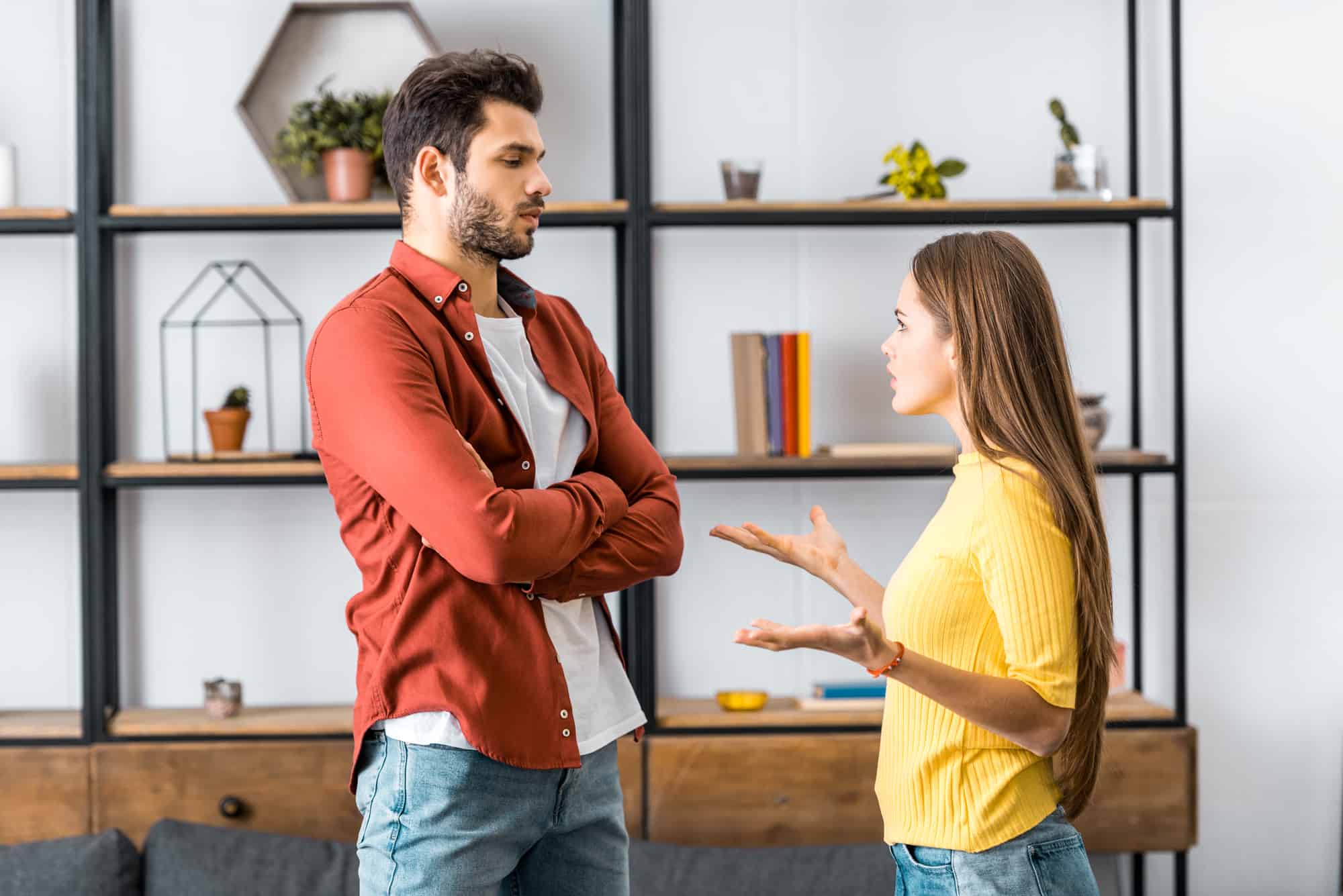 Why My Boyfriend Doesn't Want To Hang Out With My Friends

How wonderful it would be if your boyfriend could get along well with your friends? Of course it's the dream for all girls. As he loves you and cares about you, he should start to pay attention about what makes you happy, and the things above is one of them. But unfortunately, there are guys who doesn't like to hang out with their girlfriend's friends. Even worse, they ask her to ditch their friends.

Why My Boyfriend Doesn't Want To Hang Out With My Friends

It could be either that you date the wrong guy or he can see something you have blinded from all the time.

1. He's Just Not That Into You

A man who truly loves would like to know you more. He won’t reject the invitation to hang out together with your friends since he sees this as an opportunity. But what if he won’t ? It could be that he doesn’t really loves you so that he won’t bother to know your friends.

2. He Is Too Shy And He Couldn't Get Along Well

There are many type of people with different personality, and among them is the one who is too shy that he has no confidence socializing with other people. Maybe you boyfriend is someone from that type and it’s not that he doesn’t really love you or what, but he is just too shy. It’s okay to date an introvert but not the shy one. Check out the Reasons Why You Should Date the Outgoing Introvert for good.

3. He Doesn't Care About You

This one is also sad. What of you date the wrong person who doesn’t care about you at all. He never think about your feeling and what do you want, and he doesn’t think that your friends are the precious part of your life. He just doesn’t care.

4. It's A Red Flag In Your Relationship

How many times has he reject the invitation to hang out together with your friends? Once? Twice? More than 3 times? And what did he say? Too busy, too tired, and another engagement? You need to reconsider dating him. It’s a red flag and Signs of a Bad Relationship with Your Boyfriend.

5. He Needs Time To Adapt To The Situation

If you has just start dating him and you demand him to get along quickly with your friends, it could also be too much. For sure he needs to adapt with the situation first, so he won’t be nervous and clueless when he finally meet them. Yes, guys do nervous. Especially when he sees how “noisy” they are.

6. Your Friends Are Not Welcoming Him

Rather than judging on him for not being care and really loves you, try to look from another side. It’s not him who actually at fault but your friends do. This possible when he has hung out with your friends once or twice, then he doesn’t want to go anymore. He feels unwelcomed by your friends and he doesn’t think they like him.

7. Maybe He Sees Your Friends As Negative Influence

Since you love you friends and you cherish them somehow, you never know that your friends are actually bad for you. And who him who can see all the Signs That Your Best Friend is a Frenemy. You have to be thankful to him for that.

How To Deal With The Situation

Seeing your boyfriend doesn’t get along with your friends surely makes you sad. But you can’t just let this pass. You need to put some act. Some of them are...

Don’t just wondering and making predictions about why my boyfriend doesn’t want to hang out with my friends. Go to him and ask him why. He has his own reasons and you’ve got her that.

2. Don't Hold Grudges Behind Him

This can be dangerous to your relationship. Holing grudges is like holding a boms in your hand that can explode anytime. If you don’t like it, find a good Ways to Tell Your Boyfriend That You Feel Unappreciated because he doesn’t want to get along with your friends.

You can do this when your boyfriend makes only prior judgement to your friends based on what he heard from you or his own perception. Convince him to try for once and knowing them better.

When he has tried, not once but twice or three times and he doesn’t feel to fit, don’t force him too. It’s a bitter fact that a boyfriend is not always get along with your friends. Maybe their personality is very different. It can happen though.

5. Stay Good To Your Friends

Just because he doesn’t want to hang out with them, doesn’t mean you have to choose between the two. Since they are your friends before you date him, don’t abandon them. You have you own Reasons Why Your Best Friend is Your Soul Sister.

6. Never Try To Get Them Together Again

You have try your best but they just can’t be together, so be considerate not to get them together anymore. Hang out with them separately. But remember, don’t let him taking control on your relationship with friends and not to make things heated up, don’t tell about him in front of your friends.

Michelle Devani
My name is Michelle Devani, and I've been helping people with their relationships since 2003. In 2017 I decided it was about time I started a blog on the topic, and since then more than 2 million people worldwide have read my relationship advice. Drop me a comment below to let me know what you think.
You May Also Like
Reasons Why Scorpio Man Wants To Be Friends After Break Up
No Comments
Should I Tell My Boyfriend I Cuddled with Another Guy?
No Comments
5 Signs You Are Already Ready To Start A New Relationship After A Heartbreak
No Comments