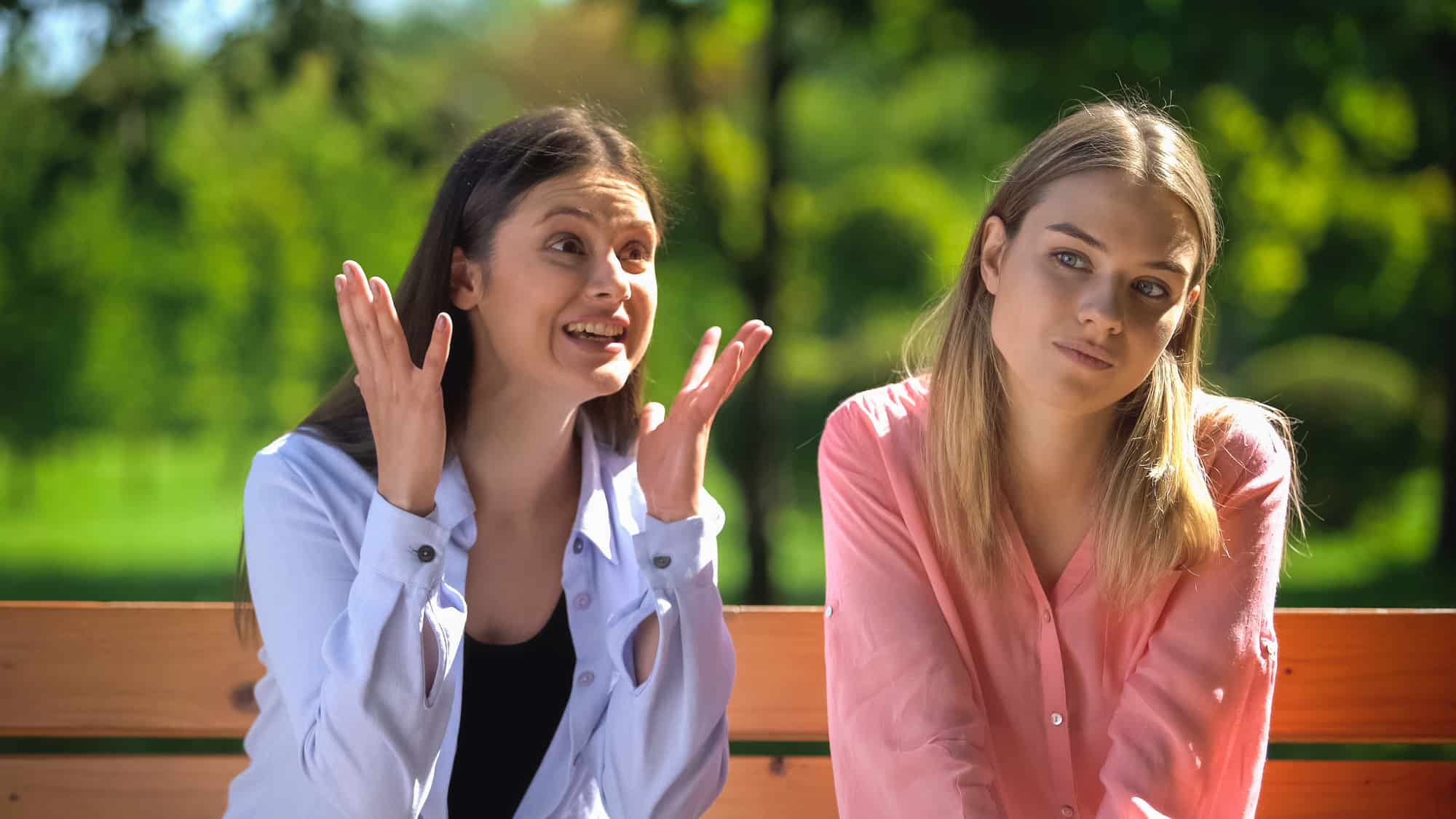 Having best friends makes us feel like we found a family. But, what if it turns out that your friend is a toxic friend? It's hard to get away but staying will only drain you out. So, what to do with that? Check this out to see How To Cut Ties With a Toxic Friend.

If you always say yes to them you will only benefit them and you get nothing in return. Real friend won't take advantage of you. They will try their best to return your kindness.

But, a toxic friend will only use you for their purposes. They take advantage of you and will throw you away when they don't need you.

Don't be afraid to say no although it's hard. They may make you feel bad for saying no and try to get you say yes, but you have to stick to your principal.

They will blame you for not being a good friend but that's better than being used by a toxic friend. You must see it as one of the signs a friendship is coming to an end.

The next way to cut ties with a toxic friend is to not let yourself depend on them. You shouldn't always need them. If you depend on them, it will be hard for you to get away from them because you still need them to help you.

So, if the case is your friends with them because they have something that benefits you like they often treat you, give you rides, help you study or the other things but they're doing it to keep you close to them while they're actually toxic, you need to stop that.

You can't stay friends with a toxic person just because they give you things. You have to be brave and independent. If you can do it yourself, don't ask for help to toxic people.

3. Don't let them know your fear

One thing that makes someone a toxic person is that they are manipulative. If you're friend with someone like that it's very uncomfortable to stay in the circle.

4. Don't let them know your secret

Everybody has a secret they tell no one. They would tell about it to the ones they really trust only. Sometimes we think we have found that person that we have no doubt telling our secret to.

But, be careful of who you think you trust. Even the closest friend can be toxic, so you will better not risk your secret to someone you're not comfortable to open up to. By not easily telling them your secret, they won't use it to threaten you.

5. Don't get mad easily when they say bad things about you

What makes a person a toxic friend? There are so many signs someone is toxic and being a discouraging friend is one of them. Your friend may think that saying bad things about you won't hurt you since you two are friends.

But, if they do it without thinking about what you feel, you need to question whether they're your truly friend or just a toxic friend. But, to cut ties with a toxic friend like that, you shouldn't get mad easily.

Yes it hurts to hear those bad things said to you, but if you get mad and confront them, you will only make it worse. Just shut up and move on. Don't let the effects of having bad influence friends affect you.

Another tip to cut ties with a toxic friend is by making time for your 'me' time. If you stay with your toxic friend because you don't want to be alone, you need to start to change that mindset.

Who says it's not good to be lonely? Truth is it's better to be alone than with a toxic friend. You need to start making time for yourself. You must see what it feels like to be free.

Another way to cut ties with a toxic friend is to make time to learn new things because when you learn new things or join a new community, you'll find new environment and new people to get to know.

That way, you won't depend on your toxic friend and you have an excuse to say no when they ask you things you don't want to do.

So, those are some ways you can do on How To Cut Ties With a Toxic Friend. It is not easy to find a really good friend but there are many ways to become a great friend. Don't let yourself be the toxic one, so check the signs you have become toxic person.

Michelle Devani
My name is Michelle Devani, and I've been helping people with their relationships since 2003. In 2017 I decided it was about time I started a blog on the topic, and since then more than 2 million people worldwide have read my relationship advice. Drop me a comment below to let me know what you think.
You May Also Like
How to Pray for Someone Struggling with Homosexuality - Reach Out to Them
No Comments
Saddest Signs A Friendship Is Coming To An End
No Comments
13 Ways To Get Your Best Friends To Forgive You
No Comments