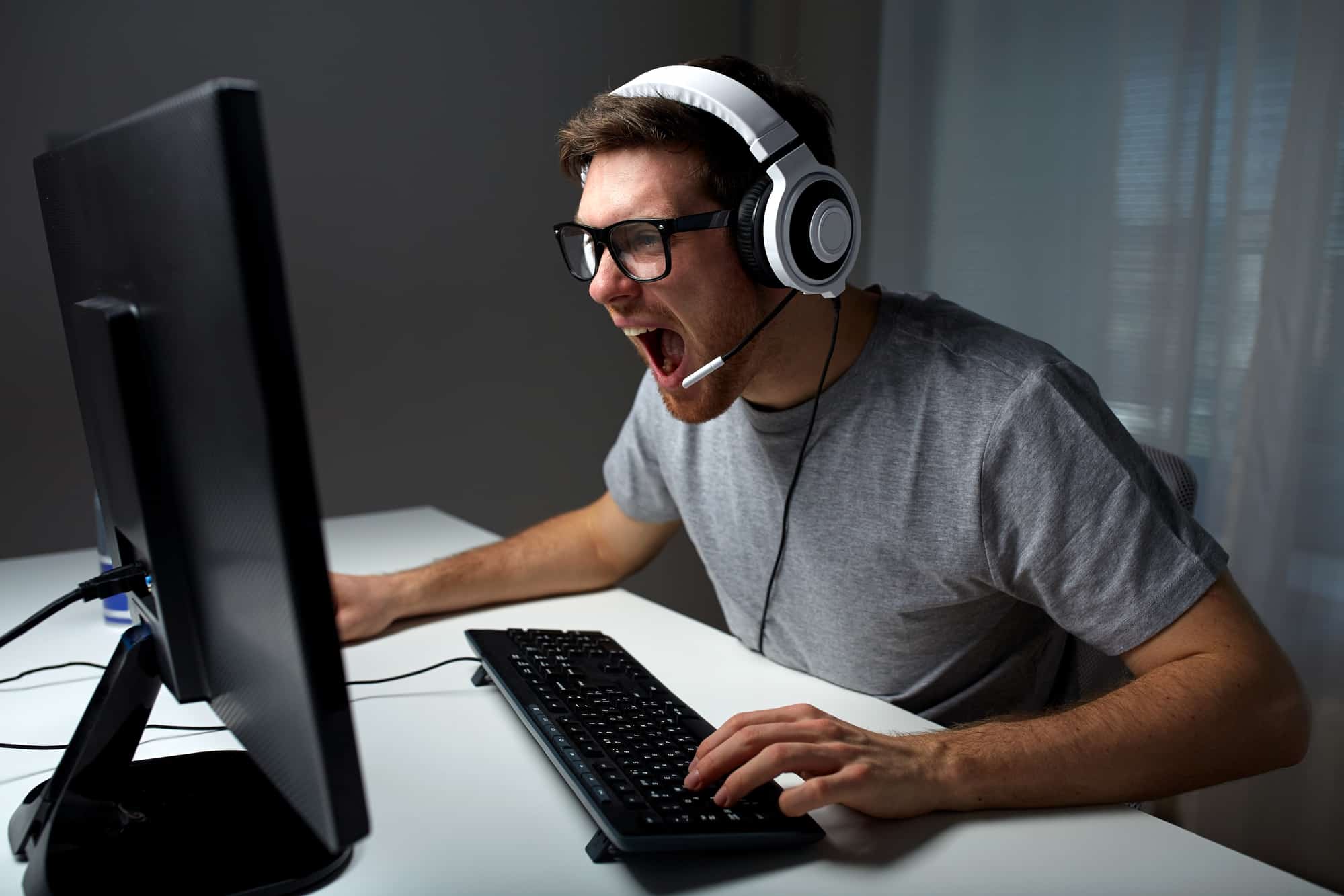 What To Do When Your Husband Is Obsessed With Video Games (Make Him Stop!)

Men have various hobbies, and whey they do, they seem to love it more than they do to their wives or girlfriend. Indeed, it’s nothing wrong to love something, but it becomes wrong when it starts to affect your relationship with the significant other.

If women are to be asked what kind of men’s hobby that annoys them, video games would definitely make on the list. Yes, men and video games are like two best friends. Even you can’t get in their way.

For someone who is married to a video gamer, there are times when you find his bedside is empty at night because he opted to stay awake and play. Also, they ignore your calls because they can’t put the stick down.

So, what to do when your husband is obsessed with video games? Here comes some useful tips for you:

1. Don’t Complain Too Much About It

While you may find it annoying, many suggest that you shouldn’t make a big fuss about your husband love of video games. It’s better than being addicted to drug and alcohol right? As they probably never stand on your shoes, you can always say they don’t know how it feels.

Also read: Ways That Work To Make Your Boyfriend Obsessed With You Over Text

However, look on the bright side. At least you have your husband at home, and it’s a big relief. Imagine if your husband is nowhere around and he get home drunk at night. Much worse, isn’t it?

2. Remember You Chose To Be With Him

Nobody force you to be with him. You chose to marry him. Marriage means you are ready to incorporate parts of your life and being incorporated to parts of his as well. Remember that you had seen this coming, still you want to be with him.

Aside of his video games addiction, there must be something good in him that made you want to keep him by your side.

3. Try To Focus On Quality, Not Quantity

After marriage, it’s impossible to have as much time as you used to for each other. Even though you live under the same roof, there are many things you need to do separately. Such as working, taking care of the children, etc.

Rather than demanding him to give all his free time to you, spend a short but meaningful time together. You can spare Friday night for date just for two. Other than that, both are free on their own.

4. It’s Okay As Long As He Doesn’t Neglect His Responsibility

Let’s be honest. Everyone has their own favorite activities. It’s just yours happens to be other than video games. Don’t be so strict to your husband and let him have his fun. As long as he still do all the responsibility as father and husband, he’s good to go.

You don’t want your husband to label you as a nagging wife. Just for your information, there are many cases where marriage ended in divorce because of video games.

5. Take It As Something To Make Your Relationship Healthier

If you don’t know what to do when your husband is obsessed with video games, you must know about me time. Yes, marriage couple need time to spend on their own and it’s actually healthy. To be together with your husband all the time cause boredom which may end up with fights.

So when your husband is playing his video games, take it as an alone time he needs.

Also read: Characteristic of A Healthy and An Unhealthy Relationship

6. Remind Him About Priority

Nothing is wrong with obsession of video games. But it’s not right if he chooses his video games over you. For example, you’re alone at home on the weekend and he’s so busy playing the games. Then you may remind him that you are there and you want to have some quality time with him.

He should know that you’re not an option, you are a priority.

If you search some tips online, you’ll find many of them suggest you to join him so you can enjoy the game together. It’s another way to spend quality time with him. But things are not as simple as it.

Don’t become too desperate to get his attention by doing so. It won’t make you “see” you. On top of that, he never intend to show you the fun of video games. He prefers to keep it private.

8. Tell Him When You Feel Neglected

Well, it might be unexpected for you to find out that video games over you when you agreed to marry him. Someone who has a husband obsessed video games have this similar feeling: insecurity in the relationship due to neglected feeling.

He is obsessed, yes, but he’s not addicted. Addiction is a psychological disorder that could be clinically proven. Labeling him as a video games addicted wouldn’t make things any better. In fact, he can get more defensive by your poor choice of words.

Also read: How to Make A Guy Emotionally Addicted to You

10. Find Out What Lies Behind

Have you ever ask yourself why does he become so addicted to video games? Don’t just judge him as abandoning or not appreciating you. Find out the real truth, why does he lock himself up all day with video games rather than go for outing with his friends.

Is it social anxiety or is it only an uncontrollable obsession?

If you care about your husband and want to save your marriage, than you have to offer solution to this problem. Have a talk to fix this behavior, planning for a fixed quality time together, etc. Just remember to go soft with him.

So those are the list of what to do when your husband is obsessed with video games. Every marriage has its own trial, and probably this is yours. Just be patient because this too, shall pass.

Michelle Devani
My name is Michelle Devani, and I've been helping people with their relationships since 2003. In 2017 I decided it was about time I started a blog on the topic, and since then more than 2 million people worldwide have read my relationship advice. Drop me a comment below to let me know what you think.
You May Also Like
What Does It Mean When Your Boyfriend Breaks Up With You In A Dream
No Comments
Should I Give Up On A Guy Who Rejected Me Completely?
No Comments
Secret Signs Of A Cheating Capricorn Man
No Comments