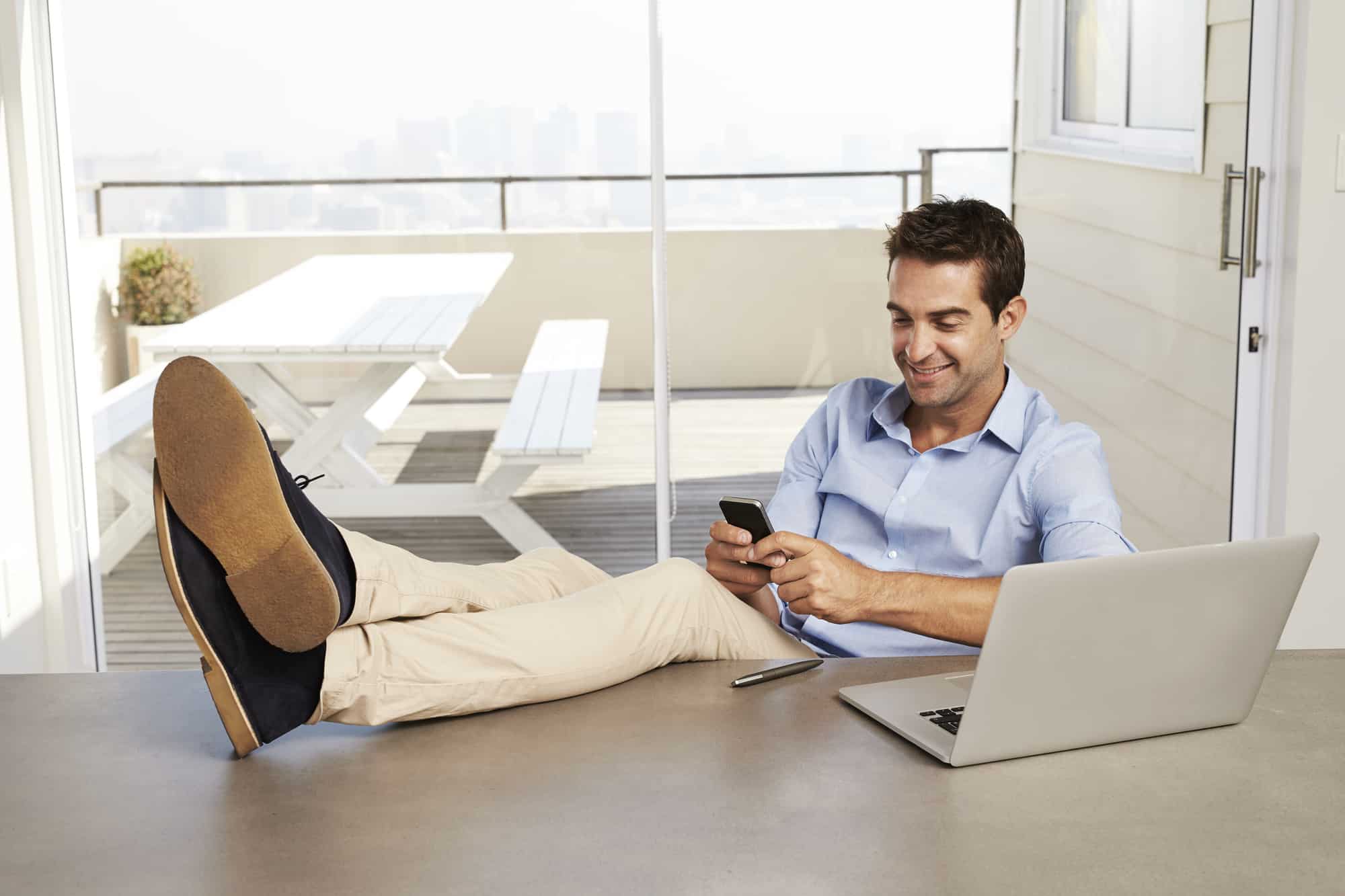 To have a conversation via text message or messaging app on your smart phone with your boyfriend is one of the ways that you can do to communicate with your loved one. Texting something like "how are you, what are doing, what's up, have you eaten' and other kind of generic text over and over sure will puts him off because it doesn't stir up his emotions and also guys doesn't like something that is repetitive and boring.

So, how can you spark up the fire that will make him thinks of you while he is working, eating or doing any of his daily activities? here is how to make your boyfriend obsessed with you over text.

Whenever your boyfriend's text notification pops up on your screen what do you do about it? of course you want to reply to his messages as soon as possible, but you know what? it is a big no no if you want to make your man obsessed with over text because it will make you seem desperate, needy, and doesn't have a life. If he doesn't reply to your text right away you may want to read Why Don’t Guys Text Back Right Away? to know the reasons why.

Think positively of the reason why he doesn't text you back right away if you ,because when you over think you will end up blowing up his phone with you message which will ends up making him feel uncomfortable. By doing this step, you will build up his curiosity, he will feel that spending time texting with you is something that he must appreciate and not something that he can set aside.

2. Level Up Your Humor

How to make your boyfriend obsessed with you over text? Humor is one of the simplest way of making someone happy, if you can make your boyfriend happy by sending him jokes, funny pictures or videos and successfully making him laugh you will surely will find a way into his heart.

A girl who can make a man laugh will surely have a special place in his heart, if you can make your texting session with him more lively by being humorous, he will surely thinks that he already found a girl of his dream, just make sure you knows his sense of humor; and that means finding thing that he find funny.

Read also: Sweetest Things to Text Your Boyfriend That Will Make Him Smile

This is one of the most important thing that you need to do if you want to make your boyfriend obsessed with you over text, don't just keep asking him a boring question because will be answered with a boring answer too.

Instead, arouse him a little to lighten up his mood by trying to make him engaged in a provocative conversation like "Is a hot day isn't it?" then he will reply you with "yeah it is hot here also, why?" "I think i'm about to take a shower to cool down, wanna join?".

Don't forget to read: All the Sexiest Things to Text a Guy to Make Him Want You More for some more reference

Those kind of text will surely putting him in the zone, make sure that you send teases first not send nudes right away this will get him more interested for a longer amount of time, but don't send these kind of text to often because it will make it boring instead of provocating. If you can pull it off at the right time during the right moment, he will surely get obsessed with you.

4. Give Him The Chase

Men likes chasing something that is difficult for them to catch, never make the first move if you want to make him obsessed with you, give him the sensation of a chase if he wants to win the prize. if you want to go out together give him hints instead of telling him straight away.

By doing this he will be more likely to be obsessed with you because you are a hard fish to catch, but don't make it too hard for him because he will give up chasing after something that is doesn't want to be catched and make it to easy he will get bored catching something that doesn't make him feel the sensation of winning something very important. That's how to make your boyfriend obsessed with you over text!

Make him remember that he is going out with the most beautiful girl that he ever met, while texting don't forget to send random selfies that you think are the best, the selfies that represent how gorgeous you are. by doing this it is impossible for him not to get obsessed with someone who is as beautiful as you are.

Also find out about: How to Make Your Crush Fall in Love with You Over Text

Short replying him by texting "hmm, ok, yeah" as a reponse to his text message will make him feel unappreciated. This is very annoying to him because when he is in the mood and wanted to talk about something that he likes for example talking about the 2018 world cup and since you don't know much about the topic you just keep replying "hmm,ok,yeah" all the time, this surely will put him off instantly and end the conversation.

If a guy talks about something that he likes but you don't really know much about the topic, ask him questions about it. He will surely answers all your questions happily, and you might learn something new even developing the same interest as him. If you do this he will be obsessed with you because you are an open minded person that he can talk with about pretty much everything that he know and like.

Also find out about: How to Make Your Crush Fall in Love with You without Talking

How to make your boyfriend obsessed with you over text? This is one of the simplest way of showing how much you love him, but apparently some guys doesn't seem to care whenever you send him good morning and good night text; when he doesn't care about it explain the reason why you sending this text because some guys can be a knucklehead sometimes.

Tell him that he is the last person you think about at night and the first person that comes into your mind in the morning. By doing this he will surely be flatten that he had a caring girl right by his side and will love you even more.

Michelle Devani
My name is Michelle Devani, and I've been helping people with their relationships since 2003. In 2017 I decided it was about time I started a blog on the topic, and since then more than 2 million people worldwide have read my relationship advice. Drop me a comment below to let me know what you think.
You May Also Like
How to Get A Foreign Boyfriend If You Are A Filipino - How to Get A Guy
No Comments
What To Do When My Boyfriend Takes Me For Granted? Should I Let Him Go?
No Comments
27 Cute Ways to Tell A Woman You Love Her
No Comments