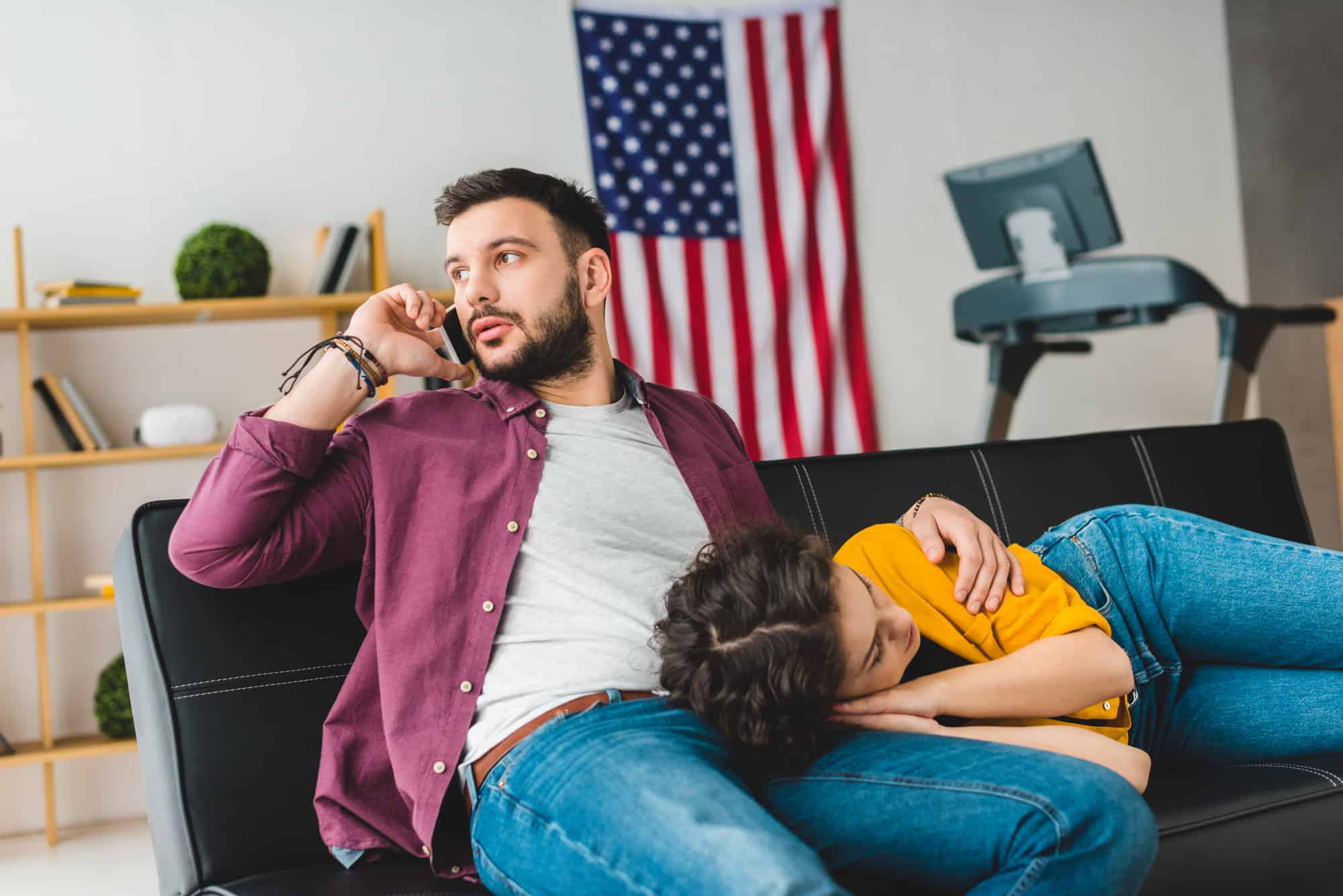 How To Tell Your Ex Wife Your New Wife Is Pregnant

When someone advanced from dating to marriage, the real journey began. As marriage and dating are two different things, a long dating period sometimes doesn’t guarantee that your marriage life would last a long time too. The worst possibility is divorce.

Before answering for that, you have think about this first: is it necessary to tell your ex about your new wife’s pregnancy?

Some conditions below may help you to decide whether you should tell her or not.

1. When You Have Children

Of course telling your ex wife is necessary when your children together is still underage. You need her support to tell your children so that they can accept the news in a good way.

Also read: How to Get Over a Divorce When You Still Love Him

You have to consider her feeling, though. Especially when she hasn’t remarried yet, the news of the pregnancy might shock her.

2. If You Have No Children With Her

While having children means you have to tell your ex wife about the new baby, divorce without children is different. You’re practically living your own life after the divorce and you have nothing in common anymore. Actually, what happen in her life is none of your business and what happen in yours is none of hers.

You want to tell her because you want to tell your children, and it’s impossible telling them without the help of your ex wife. But if you have no children, there’s no need to tell her anyway. It will sounds like you’re bragging about your new life, which is now better for you since you’re about to have a child. Telling her purposely only makes you look like jerk.

Also read: Signs Your Girlfriend Isn't Over Her Ex Husband

If you happen to have a good relationship with her, it’s okay to break the news. But don’t purposely bring it up unless she asks about how your new wife’s doing. Even if you had a bad divorce, you should consider her feeling.

3. When You Are In A Bad Relationship With Her

If you can choose, you’d rather in a good relationship with your ex wife. But it’s not always the case. Most divorce often started and ended in a bad terms. Before they decide to separate, a marriage couple had numbers of fight and argument which made them conclude that they’re not meant to be together.

After having it bad, two ex couple usually not in a good terms after divorce. They’re living on their own, not giving a shit about what happen to each other. And if you have a bad divorce, it’s better for you not to tell anything about your life, especially when your new wife is pregnant. She doesn’t care about it, though.

Just enjoy your life and move on, don’t ever think about telling her. If you still want her to know, you should ask yourself: have you really moved on?

Also read: Signs You are Ready for a New Relationship

4. When You Are In A Good Relationship With Her

Lucky you. Being in a good term with an ex wife. Maybe you think about hot to tell your ex wife your new wife is pregnant because now you are in a friendly relationship and you want to share the good news, just like she did. It’s okay to do so but there’s many thing to consider. Just because you’re still friendly with your ex means sharing about the news won’t affect her in any ways.

Women are sensitive. Even when you have divorced for a while, doesn’t mean she has completely erase the memories you shared together.

Also read: Dangers and Boundaries for Being Friends with An Ex

5. When She’s Married And Not Married Yet

Before telling your ex wife, her marital status is something you have to heavily consider. If you’re in a good terms with your ex, you had no children with her, and she hasn’t remarried yet, try to put your feet in her shoes. How would you feel to be her if she’s the one telling you she’s pregnant? It may hurt her pride a little. She might be smiling in front of you, but she’s all alone at home, she could feel sad.

But if she has remarried, things may be different. At least you know that she’s living a new life and a little news from you won’t affect her life that much. Being friendly with an ex wife, and eventually being friends with her new spouse is a blessing that not anyone can have. You may become best friends who share stories about each other’s happiness.

Also read: Why You Should Never Date a Divorced Man

Before you think about how to tell your ex wife your new wife is pregnant, there are a lot more to think. Telling her is not that simple. Consider her feeling upon hearing the news, and think about the purpose of telling her. If you just want to brag about your new life that is better than you were with her, it doesn’t make you a gentleman.

Two separated people should be living their own life when they’re not together anymore. If you are lucky enough to find someone new and giving love another shot, just be grateful with it.

Michelle Devani
My name is Michelle Devani, and I've been helping people with their relationships since 2003. In 2017 I decided it was about time I started a blog on the topic, and since then more than 2 million people worldwide have read my relationship advice. Drop me a comment below to let me know what you think.
You May Also Like
Things To Say To Make A Long Distance Relationship Work (69 Things To Say)
No Comments
How to Make Your Ex Boyfriend Fall in Love with You Again Through Text
No Comments
Unique Dating Culture In Japan (Kokuhaku Custom)
No Comments