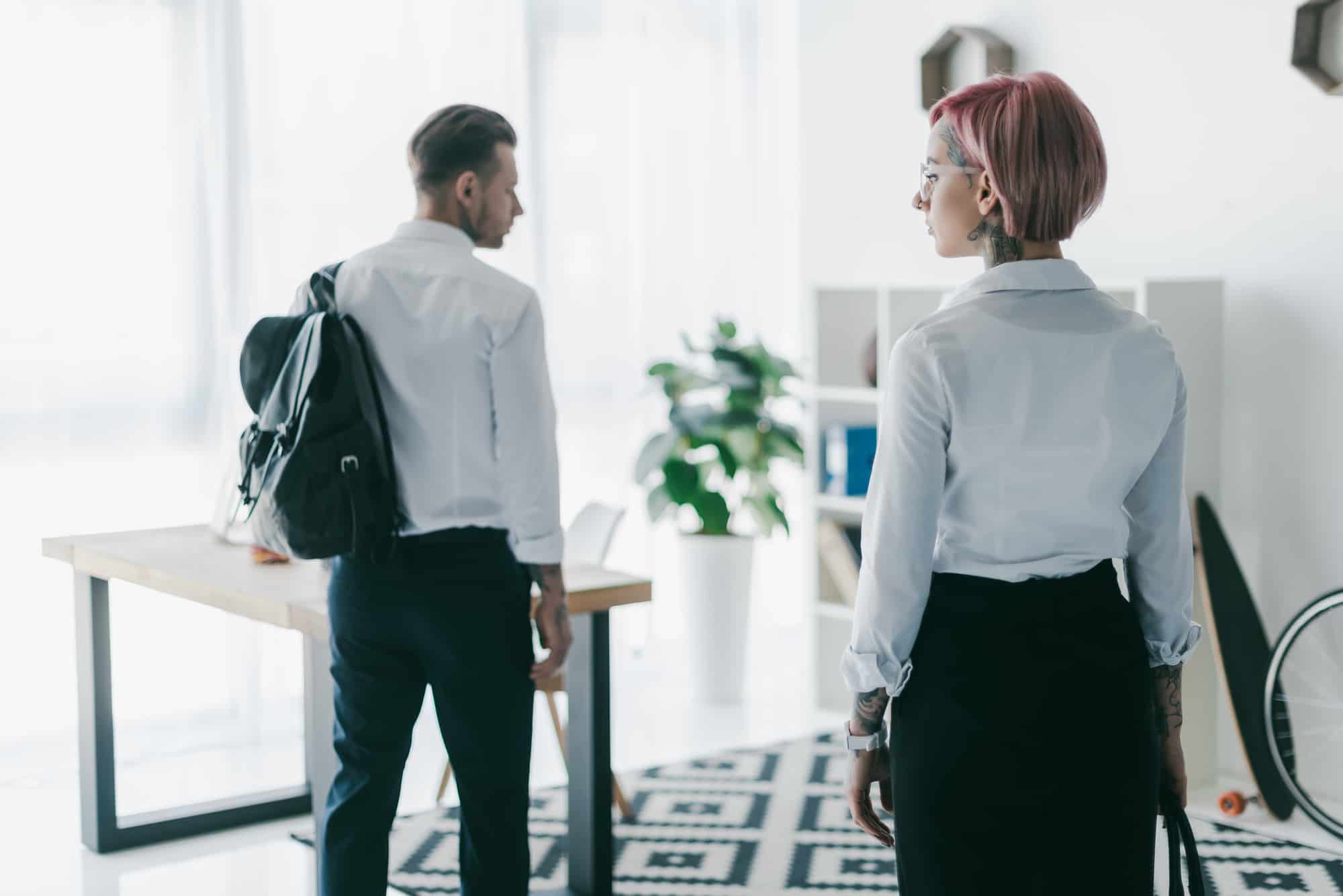 Virgo Man Broke Up With Me, Will He Come Back To Me Again?

Breakup is never pretty. You'll be left with a lot of feelings and emotions. Most of them are not good. Such as sadness, missing him, disappointed, and heartbroken. When you break up with a Virgo guy it stings a little bit more. It is because Virgo could have been perfect boyfriends. Just look at signs of why Virgo can be the perfect lover.

And you're curious whether both of you will ever get back together. If a Virgo man broke up with you, will he ever come back to you?

That's a difficult question, but it doesn't mean it's impossible to answer. But first thing first, let's analyze his behavior.

Based on those traits, we can make several assumptions about his chance of going back to your embrace. Let's check it out.

Virgo is a person who lives buy that's Nike ad. "Just do it" is their motto. If he wants to come back to you, he will have already in front of your doorstep with flowers and a buck load of apology.

But if he doesn't, so what that's mean? It means that whether we like it or not, that guy has already moved on.

2. He Will Come Back If He Still Sees A Future With You

The analytical mind of Virgo will make him calculate every pro and cons. He will weigh carefully whether the relationship is worth a second try.

If he comes into a conclusion where the pros outweigh the cons, he will consider going back to you.

3. He Will Come Back When He Sees No Girls Can Compare To You

Sometimes, a Virgo wants to break up with you because he wants to try the other side of the spectrum. Virgo is adventurous and has a wild side.

In a relationship, this means they want to try out and explore his options before decided to settle with one person. If after his search, he realizes that nobody's out there can compare to you, he will come back to you.

When it happens, it is your decision whether you want to take him back or not. Every person has a different opinion about this. Some would be okay to give a second chance, some would oppose it in a heartfelt. At the end of the day, it's up to you.

4. Virgo Believes In A Second Chance

Virgo believes in trying to better. For them, everyone deserves a second chance. If he comes to this realization, he will want to do Relationship version number 2, complete with improved features and bug fixes. And usually, they would try to work harder so the past mistake won't happen again.

5. He Will Come Back If You Become Irresistible

Virgo can't resist confidence and self-assurance. So after your break up, if he sees you having fun, confident, and having the best time of your life, he would start to wonder.

He would think that your current best self is the reason he was attracted in the first place. He would be pulled into you again.

6. Virgo Will Come Back As A Friend

A Virgo might not want to go back. But deep down, Virgo is a loyal friend. The relationship might be broken, but not your friend. He could decide he would stay but as a friend.

If he does, you can be grateful because he can be helpful, loyal, and supportive. But it's too hurtful for you, you can decide on a no-contact for a while because no contact can be good for you.

Of course, there's also a possibility that he will never come back to you. The reasons for this is broken down as follows:

1. He Will Not Come Back If He Overthinks

Since his analytical mind is over-the-top, there's a chance of him being trapped on those spiraled thoughts. Thus he becomes confused, overwhelmed, and nothing is decided at the end of the day. Instead of asking you to get back together, he's still there deciding whether it is worth it.

2. He Will Not Come Back Cause He Doesn't Want To Get Hurt Again

His deeply sensitive and emotional self can be a hindrance. Was he really hurt when you guys broke up? What was the level of his pain?

How a Virgo man reacts after a break up will influence his decision to come back to you or not. If the breakup created such a deep wound to him, it's always wise to stay apart for a while.

Michelle Devani
My name is Michelle Devani, and I've been helping people with their relationships since 2003. In 2017 I decided it was about time I started a blog on the topic, and since then more than 2 million people worldwide have read my relationship advice. Drop me a comment below to let me know what you think.
You May Also Like
How to Get Over An Inter Religious Relationship Break Up? Healing Process
No Comments
Reasons Why Lovers Can't Be Friends #1 It's True
No Comments
Signs A Guy Is Breaking Up With You (No.5 Is Pain)
No Comments