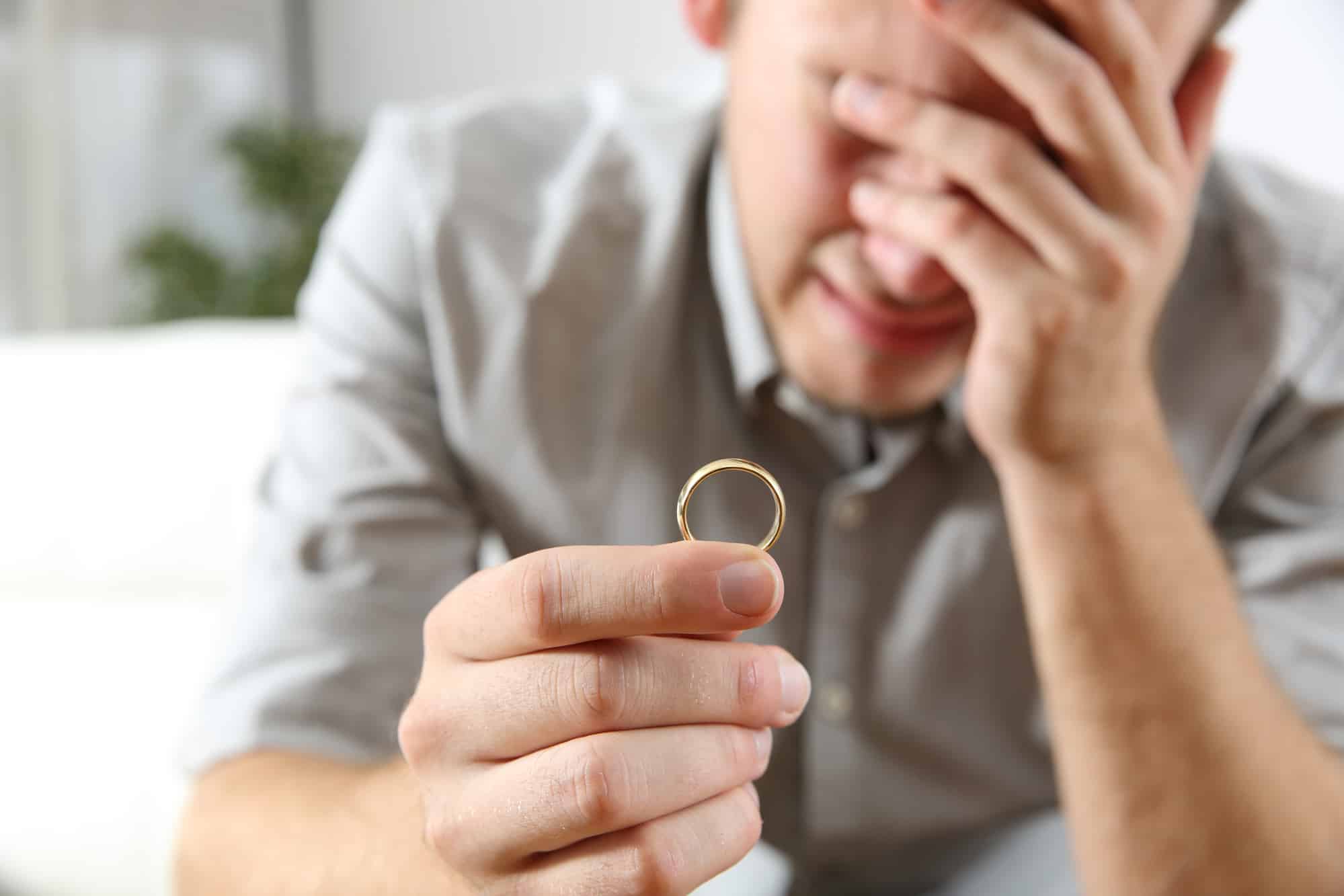 Brutal Truths On Why You Should Never Date A Divorced Man

You never know when you will meet the man that captivates your heart. You don’t even know what kind of a person he is, what he does for a living, and how did his relationship status. Everything seems to be perfect, unless that he is a divorcee. As a modern person, you don’t give it much thought at first.

But people keep telling you why you should never date a divorced man. If you haven’t date one, you may find all these things ridiculous. But if you have gone through the experience, you can relate to this a lot. Fun and excitement is not something you’ll find when you date a divorced man.

There will be so many times when you feel hurt, even when everything seems right. And when things become too much to handled, you’re going into a depression. Here are some brutal truths on why you should never date a divorced man.

1. His Children Take The Control

If you meet a married man with children, it’s pretty much right to say that your life is over. His children come first in everything, especially when they are not adult yet. You always have these little charming kids as opponents to win his affection. More than that, winning their hearts is the most important thing. Once you fail to get along, you’ll feel neglected and unloved forever.

2. Your Forever Enemy Is His Ex Wife

Unlike that annoying ex-girlfriends, a divorced man can never completely cut things off with his ex-wife. How could they be when they have children and joint assets between? In many cases, ex-spouses are still in a good term for the sake of their children. So you don’t just have to get along with the children but their mother as well. Which is pretty much frustrating for sure.

3. Beware Of His Friends, Too

A relationship with a divorced man is a tough one. It gets real when you meet his friends. Remember that his friends is probably “her” friends as well. His mutual friends with the ex-wife tend to side with her, means you will never properly welcome to his circle. All of their hospitality ended in the first hello and first smile. They won’t even bother to know you more and you might never see them for the second time.

Also read: If He Doesn't Introduce You to His Friends, What Does It Mean?

4. People Call You “The Other Woman” Forever

Another brutal truths on why you should never date a divorced man is the negative label put on you forever. For others, you are “the other woman” in his life. It’s always the same even though you have never met him before his divorce. And what make it worse it that his children see you as a threat that prevent their parents from reconcile. Sadly it goes on forever. People doesn’t really care about how you feel.

5. The Chance Of Becoming His Bride Is Pretty Narrow

Not every divorced man looking for a settled relationship which ended on the altar. After all that hardships? Yes, you have to face it no matter what. Second marriage is not his priority. Even if he want to, he’ll think about it very carefully and his children is the first to come in mind, not you. Maybe you end up being his girlfriend forever, without knowing you will ever be his bride or not.

Also read: Signs that Your Boyfriend is Going to Propose Soon

Things might get serious when he brings you to meet his family. This one terrifying moment remains so even after the meeting ended. His family would not be thrilled in welcoming you—you’re not the first, right? And your family wouldn’t expect a son-in-law with kids already. They want to be the original grandparents. The chance for two families to get along is almost zero.

7. One Of You Remains As Underdog

When between both of you seems perfect, there will always be something potential to break you apart. You probably have different way of life, different perspective, and visions. People around you feel uncomfortable around you, as well as your family. Here comes the worst nightmare: you might not get along well with his children.

8. Things Are Not As Thrilling As The First

For you, everything is the first time. But as it’s not his first time, it also affects you in a negative way. Sadly you will always be haunted with thoughts that he already done this with his ex-wife so you lose all the thrill and excitement. Everything is just another another to him. Nothing much special as he has once wedded, dealing with pregnant wife, having child, or going on a honeymoon.

Dating a divorced man leaves you with many, unnecessary insecurities. Even when you get along well with his children, there are times where you feel like an outsider. For an example, they won’t mind eating from the same plate as their father but they will never do it with you. You will never be the center and the soul of the family. No matter how good you are, you can never replace his ex in some ways.

Also read: Ways to Get Close to Your Boyfriend's Mother and Win Her Heart

10. You Are Not The First Priority In His Life

This is the real deal. It’s impossible to make you his first priority when his children are there. Everything he does is for the sake of the children, even you make it far with him only because his children gave him the “permission”.

11. He Is Not Looking For A New Love Actually

A divorced man often date someone due to his loneliness and broken heart, not because he wants to find a new love and feel it again. If the divorce took a toll on him, he’s probably traumatized.

Upon reading all the things about why you should never date a divorced man, things look really scary. Not that it’s wrong to date him, but if you have a better chance, if you can choose, you better not to date a divorced man. Save yourself from a too much misery and heartbreak.

Michelle Devani
My name is Michelle Devani, and I've been helping people with their relationships since 2003. In 2017 I decided it was about time I started a blog on the topic, and since then more than 2 million people worldwide have read my relationship advice. Drop me a comment below to let me know what you think.
You May Also Like
Things You Need to Know About Dating A Partner Who Doesn't Show Affection
No Comments
What Was the Last Straw That Made You Break up with a Possessive, Jealous, and Controlling Boyfriend?
No Comments
Things You Need to Know Before Dating a Firefighter (No.2 is Terrifying!)
No Comments