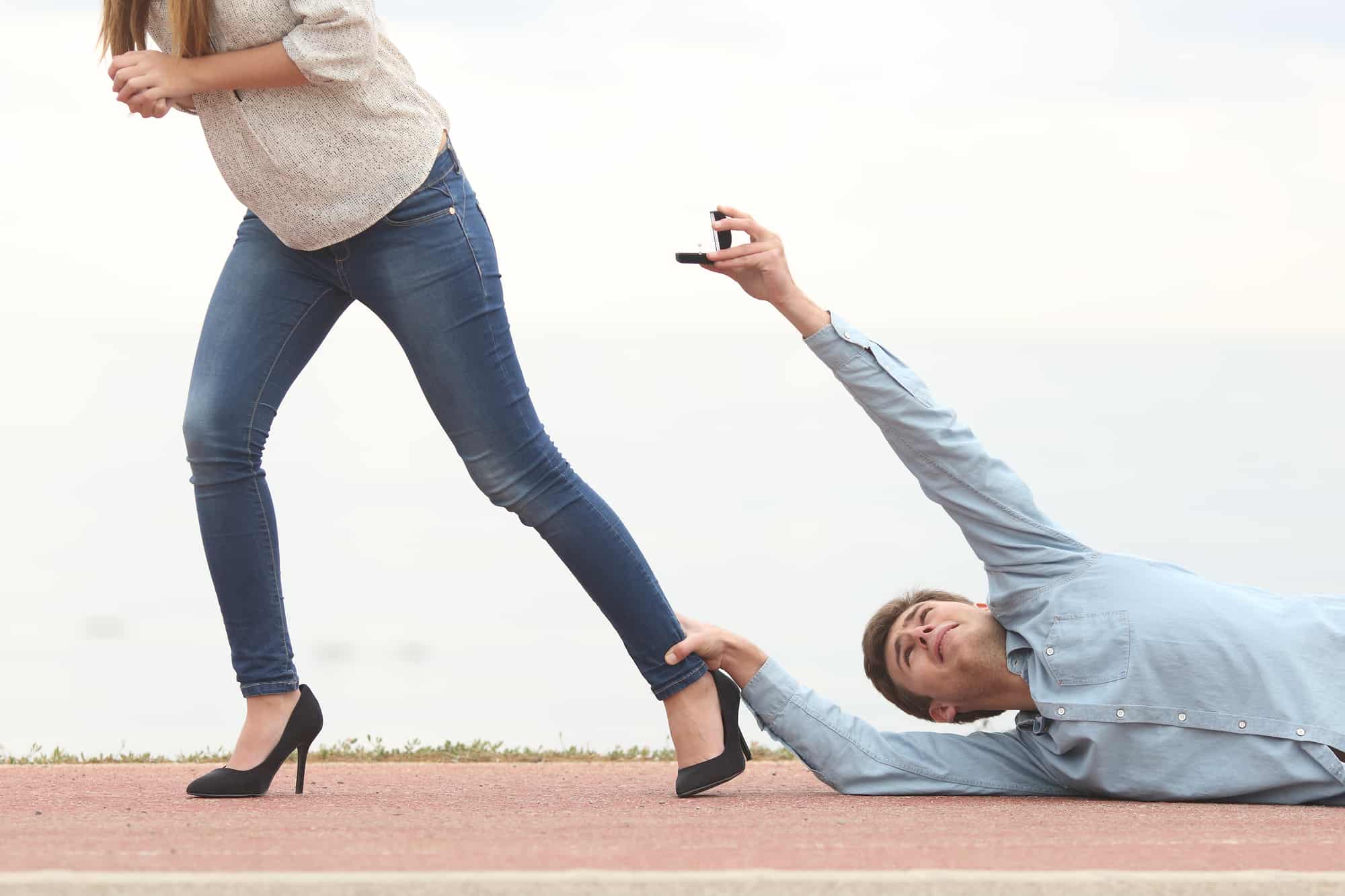 If you want to know how to make your BF chase you after a fight, the best thing you can do is to distance yourself from him. Give him the space to think about why the two of you are in a fight in the first place.

Don’t just argue with him or play the blame game; you may find that if you do that, the fight will never end; you’ll just go back and forth, hurting each other.

Make him miss you after an argument by following the suggestions in this article, and you will have a great feeling of satisfaction! Also, remember, there is no rule saying that you have to stay with this guy if you think you should just break up instead. Evaluate what tactic or decision is in your best interest before acting out.

Make Your Boyfriend Chase After You (11 Clever Ways)

So, I can’t really cry on demand, but this is a great tactic when in a fight to show your boyfriend that you are hurt. You could peel an onion, think of something really sad, or keep your eyes open too long. If you are crying, you are showing him your emotions and probably filling his head with thoughts that he’s not the greatest boyfriend out there.

2. Storm off or lock yourself in a room

This is something that I often do in a relationship. However, I have matured enough to not totally storm off every time. I just gather what I need to go in the other room when I’m in a fight with my man. I explain that I need space during this fight and go to the other room. By doing this, he understands my frustration.

He knows, without a shadow of a doubt, that I am upset (since we only have one shared living space and I’m leaving it). It’s a clear sign that I don’t want to be around him; I’m THAT upset. I think it gives him a clear picture of what’s going on inside my head. He usually chases me down when I do something like this.

3. Give him the silent treatment

Learn how to make him love you without talking to him during a fight. Granted, you could send him a text to let him know you are very upset, but it better be a good text if you are trying to give him the silent treatment. A big part of the silent treatment is keeping your distance. This means radio silence, so it’s not recommended you text him for this tactic.

I would say this is my go-to move. I just get really quiet when I’m upset so that my man knows that I am passive-aggressively showing that I am mad. Sometimes, he will ask if I am upset, and I just deny it if I am still stewing over the problem, trying to decide how I truly feel about the issue. I still love him; I’m just silently hating him for the moment.

This kind of goes hand in hand with ignoring him, but you can take it a step further. Don’t answer his phone calls or texts. Get off social media; he doesn’t get to know what you are up to. In fact, you want him to wonder what you are doing right now. Given time, he’ll truly wonder how upset you are and want you back in a desperate way.

5. Go have fun with your friends

Enjoy the company of your girlfriends! Having fun with friends is a great way to let off some steam and have a blast at the same time. Hit the clubs, go shopping at the mall, or just have a gabfest where you share all the details of your problem to see what your girlfriends think you should do. Be careful not to cross a line, though.

If there is something private going on, you might not want to share that. Instead, just let them know the basics of the fight to get their take. While they’ll probably take your side, you never know. They might have a different perspective on how you should handle things - something you never thought of. Or, you might discover you are in the wrong.

If you determine that you are actually in the wrong based on your friends’ observations, you should think of how to best apologize for your part in the fight. Think about your actions, what you said, what you did, and how you should make up for what you did wrong. Make sure to be sincere when you apologize to your boyfriend, too!

Preoccupy yourself with other things while you wait for your boyfriend to chase you. Go work some extra hours at your job, join a new club at school, or get busy studying for your upcoming test. Learn something new off the internet, or take a night class. Just get too busy to spend time with your boyfriend, and he’ll come running after you.

What a great way to feel better about yourself! Make yourself look as beautiful as possible, and you’ll feel more confident about yourself, which will make him drool. Confidence is a huge turn-on. Plus, it doesn’t hurt to look gorgeous in front of him; he’ll wonder what he did wrong to let you slip through the cracks!

Sometimes, you just have to stop being so serious. I know that with my ex, whenever I would get drunk with my buds, he’d know something was up, and he’d miss me. Soon after, he’d be chasing me down to resolve things. It worked every time, though I’m not suggesting you get drunk to resolve problems, but let loose!

Giving a sweet apology and then leaving the room is a surefire way to get your man to chase you because he’ll know it’s his turn to say he’s sorry!

Say your part and watch him run after you; he’ll know he needs to give you a real apology to make up for his part in your big fight. This is a great way to get your boyfriend to do what you want in a fight.

If you have successfully given him the silent treatment, you can now go out and have fun (or have fun at home in some cool way).

Post a very cool picture on social media to let him know that you are doing just fine without him. He’ll rush over to apologize to let you know what he thinks he did wrong because he may believe you want to dump him!

11. Talk to your support group

When you’re in a jam, you should always turn to your support group, the people you trust the most. These are those individuals who support your choices, decisions, and outcomes, people who only want the greatest things for you in life. You don’t have to share all of the details of the fight, but ensure you listen to their advice on the issue!

How do you get your boyfriend to chase you after a fight?

There are many things you can do to get your man to chase you after a fight. One thing you can do is to express your emotions in front of him; show him that you are a hurt woman with real feelings. If you are able to, cry.

What should I do if my boyfriend ignores me after a fight?

Arguments don’t always end in the way we hope, unfortunately. You should try to make him miss you by moving on with your life - hit the gym, spa, or library; just get busy and show him no attention! He’ll soon have a different perspective on things and miss you dearly!

Should I call my bf after a fight?

It’s probably best to give your boyfriend space after an argument; give him time to sort out his feelings. That’s true unless you are to blame for the argument in the first place. If that’s the case, you should call and apologize for your part in the fight.

Is it normal to not talk to your boyfriend for 3 days?

It depends on your relationship. Some relationships go days without having contact, but this isn’t the norm. In most relationships, the couple talks once a day, especially if they are in love. You do, after all, want to make sure he’s alright and not hurt from an accident or something.

Is it okay to ignore your boyfriend after a fight?

You can do whatever you want in a relationship after a fight. If you think your boyfriend needs space or want him to gain a new perspective on the relationship, you might want to ignore him to show you have hurt feelings.

Are you in a fight with your boyfriend right now? Remember that a fight involves two people, so if you are really in love, you ought to try not to hurt him any more than you have to. What are your thoughts on the issue? How is your relationship? Comment!