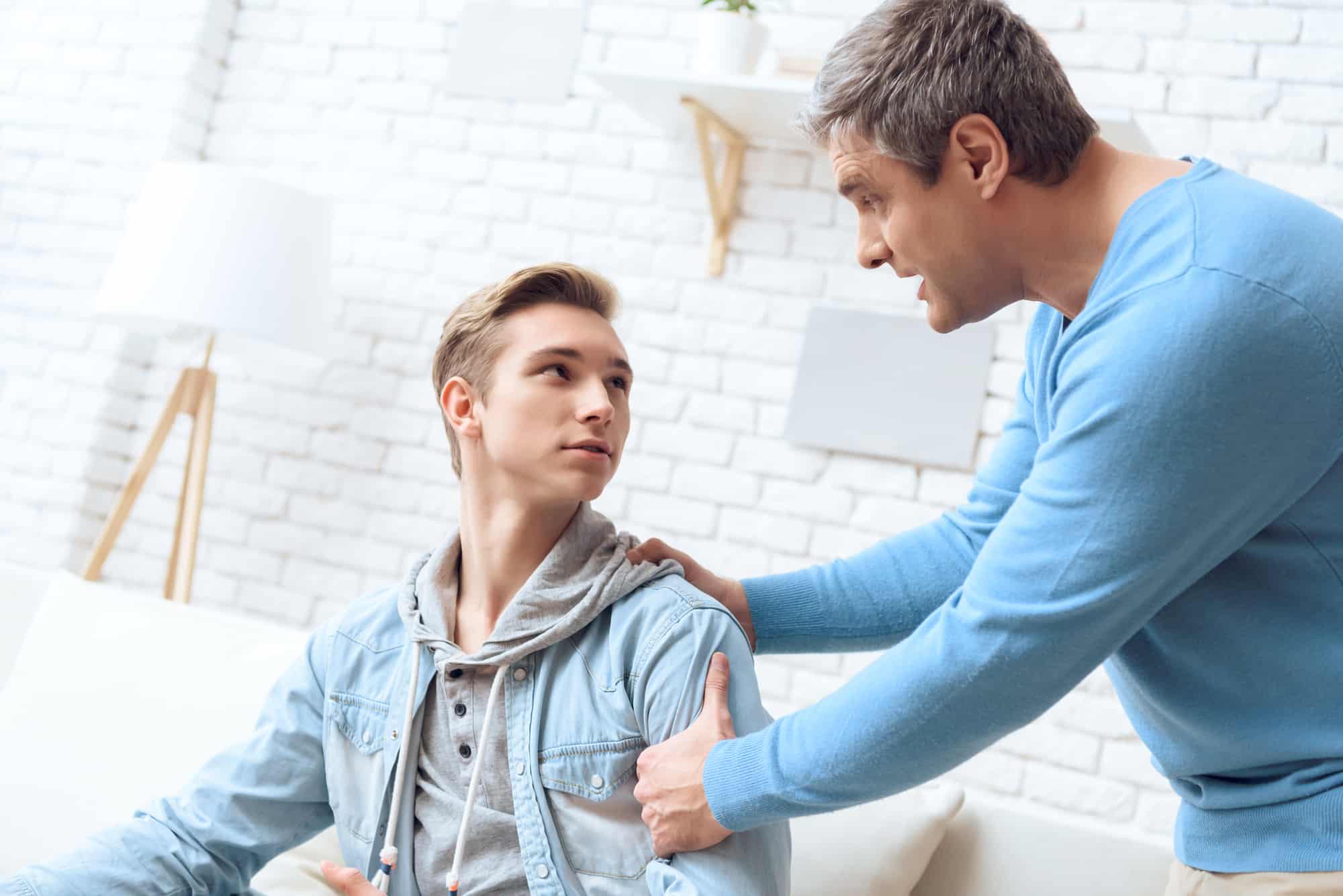 One of the important things in a relationship is that you'll also have to get along with your girlfriend's family besides building a nice relationship with her.

If you're planning to live a long, happy life together, it's a must to be nice to her parents.

If they hate you, your life and probably your kids' lives will be very complicated.

But how do you know that they don't really like you, or that it's just a faint whisper that doesn't matter much? If they do, then what do you have to say to your haters and how to deal with that?

Not to worry, here are several signs your girlfriend’s parents don’t like you.

1. They Can’t Remember Your Name

If you really enjoy the presence of someone, you'll most certainly remember their name or who they were.

One of the signs your girlfriend’s parents don’t like you is they won’t remember who you are.

This is when her parents call you, "that guy" or "him." They obviously have no intention of keeping you in their thoughts, and would rather forget that you even exist in their daughter's life.

Call their name when talking to them to turn the tables around and make a really good impression, and keep in mind little details about their lives. They will come to value your remembrances.

2. They Talk About Your Girlfriend’s Ex In Front Of You

You learn that your girlfriend was dating her boyfriend for some time and that he was close to her family.

And what's even more discomforting is when you note that all the time, right in front of you, her parents speak about him.

It is a blatant hint that her parents appear to be obsessed with her ex-boyfriend.

You want to change their minds in this situation, and help them see all the positive sides of your personalities.

Spend time and plan pleasurable family vacations with her family. Ignore their ex mutterings, and act like you don't mind.

Go along the extra mile and learn about him instead looking for some sarcastic things to say to haters.

3. Her Parents Avoid Speaking Directly To You

Many times that her parents don't feel comfortable with you, they won't speak to you individually.

They'll ask your girlfriend about you, instead of addressing you personally. With your partner, they will laugh and joke but usually leave you out of it.

It may be a hint they would rather not do it for you. Such actions can make things pretty uncomfortable.

4. You Are Not Invited To Family Meeting

Family gatherings are meetings that are very personal and most feel privileged to be welcomed to such activities.

If you find that you are often left out of those intimate meetings, it seems as if you're not part of the group.

Her parents don't really want the rest of the family to know you, as they show some signs a family member doesn't like you.

Instead of introducing yourself to the gatherings, ask kindly, "if there is anything I can do to help," or if it's the birthday party of somebody, ask your partner to buy a present together. Perhaps they'll consider inviting you to a party in the future.

5. She Doesn’t Want To Introduce You To Them

Meeting the parents of your girlfriend is an important event but you should be suspicious if she continues to make excuses for you not to meet.

If she is as sincere as you believe, then perhaps she will try to shield you from the hatred of her family.

Whether it's the outcome of hours of in-depth social media stalking or dissecting the information of your girlfriend about you, no matter how they formed such strong dislike, the case is still in its initial stages.

All you have to do is visit her parents personally and make up their minds; don't let the initial assumptions of her parents frighten you.

6. You Always Have To Talk First

Have you ever been in a position of needing to come and to talk to someone first?

Originally, you assumed you were just nervous, so you followed your normal greeting sequence.

With each meeting, though, you get more irritated with all the effort you need to bring forth for a single hello.

You're trying a little check. You choose not to do anything about what could happen. And what are we to guess? None of that occurs. Nobody asks you "hi."

Usually this is enough to prove any gut feeling that you are not very much respected.

It is a red flag of one of the signs your girlfriend’s parents don’t like you, and that they don’t acknowledge you unless you say something first.

This is one of the most alarming indications they don’t really support the relationship.

It is also a positive sign that you should arm yourself with some anxiety-reducing tactics in the future.

7. They Are Not Friendly Toward You

If your girlfriend's parents give you the stink eye, it is one fast way to tell you they don't like you.

They could give you an unfriendly look, or just manage to give you a forced smile.

If they don't really like you they're not even going to bother returning your smile at all.

They could even pause for a moment as you step out for a hug, become stiff or instead give you a handshake.

8. They Make Mean Comments About You

When the parents don't seem to like you, they'll take every chance to make you feel uncomfortable.

They may be downgrading your work, making fun of your looks or judging your house work or parental abilities.

What is worse, they could deliver their personal attacks in the form of sarcastic comments.

9. They Don’t Talk About A Wedding

It's obvious that when you bring up the subject of marriage, her parents don't like you and they're quick to drop the discussion.

At this point it is clear that dreaming about getting married makes them very uneasy.

This is a huge indicator that they don't see you as the long-term guy with their daughter or that you're not the "one".

This will take some serious investigation to discover the source of their disapproval and how you can try and change for the better.

This could be a perfect opportunity to ask your partner what you can do better to effect positive change on them.

The basic rule to live by is that not everyone is supposed to like you, and you really just have to understand that.

10. They Don’t Try To Make You Comfortable In Their Home

Do you have special requests or special needs? You might not eat red meat or you might have allergies to the food.

Do the parents of your girlfriend make an effort to accept you in? If not, you're struggling with parents who have no less consideration for your safety.

Stay clear and say that to your partner if you become an issue with their reluctance to welcoming you.

If you do your best to respect her parents sincerely and you are truly friendly then it may not be your job to fix, and communication with your girlfriend and her parents will be critically important.

You will need to talk and learn how to convince your girlfriend's parents to let her date you.

If you have done all you can but they still don't like you, it doesn't mean you should stop being friendly or giving them less respect.

Don't worry! Be yourself and keep smiling!

Michelle Devani
My name is Michelle Devani, and I've been helping people with their relationships since 2003. In 2017 I decided it was about time I started a blog on the topic, and since then more than 2 million people worldwide have read my relationship advice. Drop me a comment below to let me know what you think.
You May Also Like
Can Husband See His Wife's Private Parts In Islam? As Answered By Quran And Hadith
No Comments
How to Tell Your Parents You Got in Trouble with The Police - Keep Yourself Calm!
No Comments
19 Tips on How to Get Marry in Bali Indonesia
No Comments