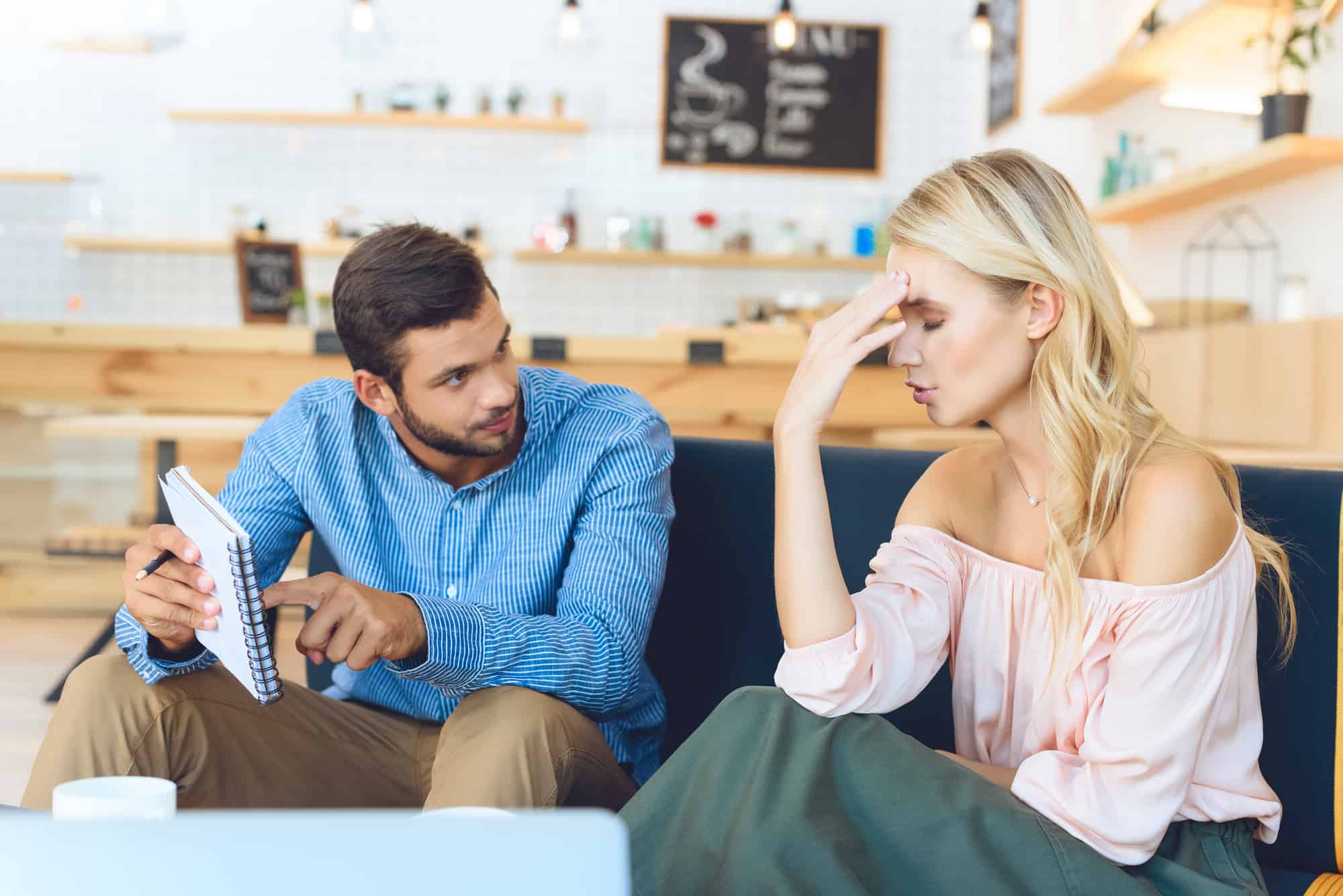 Silly Things That Could Make Him Dislike You

A woman surely wants to make a man attracted to her, especially her own man. It’s useful to know the ways to make your man happy with you. Sometimes, a certain behavior can make a man have less feeling for you. It can happen in dating relationship or even marriage.

Things That Could Make Him Dislike You

If you feel as if there’s nothing wrong but your man seems unhappy then you could be doing something wrong. So, it’s a good thing to know all the things that could make him dislike you which you can read down below:

Being competitive is one of those things that could make him dislike you. Wanting to always win can be annoying. This egoistical personality can be seen through the behaviour. Say, you might not allow your man to hang out with his friends but you can which is unfair. This can be one of the Signs of a Bad Relationship with Your Boyfriend.

Though a true love does not only see what’s on the inside, a woman still needs to pay attention to her appearance. A man can get bored if she keeps wearing the same thing. He does not like it when a woman wears something too tacky either. He’d avoid meeting you and never ask you out.

Jealousy is a trait that can appear in women. But being jealous too easily is never flattering. It’s not normal to be jealous of a man who is only taking out his female cousin or help out his female friend.

Being cute is okay but if it’s all an act then it can be annoying. Being overly whiny, childish can make a man become tired of you. Most men prefer their women to act their age. Know all the Differences between Dating a Girl or a Woman  so you won't make the mistake of being too immature for him.

It’s normal for women to wear make up when going out with their men. But too much can turn him off. It’s better to wear an appropriate amount of make-up, adjusting it to the place you’re going.

Other than being easily jealous, being cranky is not going to make a man happy. It’s better to be open with your man and understand each other rather than irritating him with your behaviour.

Nosiness is also one of the things that could make him dislike you. Your man will get so sick of you because you’re being too nosy. This behaviour can really ruin a relationship.

Not all men have a high toleration for vulgar women. Some even prefer one who knows how to behave. You can really make a man leave you if you keep cursing excessively for no reason. It gets even worse if a vulgar woman starts to say hurtful things during arguments.

A woman who keeps refusing to go out because she’s feeling too self-conscious can make a man dislikes her. It would be better for a woman to try being more confident and focus on having fun with her man. These Things Your Boyfriend Secretly Wants from You might help you out.

Being possessive and overprotective are not the best qualities for a woman to have. Nobody wants to be bossed around on what they can and cannot do, including your man.

There is nothing wrong with being a woman who wants attention. But it’s a problem if you are always craving it from your man. You could be disrupting him from his work which could be fatal.

Some women want their man to be by their side at all times. No matter where they go, the man has to be there too. It’s understandable to want to spend time with the person you love but it can be irritating to him. He might have other plans in his mind which you’re not allowing him to do.

13. Difficult To Talk With

A man may find it annoying if the conversation doesn’t flow well, especially if it doesn’t make sense. He wants someone he can talk with with ease. Being a woman who is difficult to talk with can cause many unnecessary misunderstandings. To resolve issues, here's How to Solve Misunderstanding between Boyfriend and Girlfriend.

Men like it when women have a broad knowledge. A woman who has little knowledge can make a man become bored of her. Communication is an important thing in a relationship. If you can’t connect with him through conversations then he’s not going to be into you.

15. Likes To Talk About Her Exes

Some other things that could make him dislike you include talking too much about your exes. This can greatly upset your man. Avoid talking about past experiences with your exes. A man will appreciate it more when a woman is able to respect his feelings.

More Things That He Dislikes

Below are some more reason that could make him dislike you.

Those are the things that could make a man dislike a woman. If you’re a woman who loves her man then it’s worth to note some of things mentioned here. You want your man to love you more, not leave you.

Michelle Devani
My name is Michelle Devani, and I've been helping people with their relationships since 2003. In 2017 I decided it was about time I started a blog on the topic, and since then more than 2 million people worldwide have read my relationship advice. Drop me a comment below to let me know what you think.
You May Also Like
Tips to Date A Capricorn Woman and Get Her Heart
No Comments
What is The Different Between Asexual and Pansexual? Sex Orientation Explained
No Comments
11 Surefire Signs A Scorpio Man Is Jealous With You
No Comments