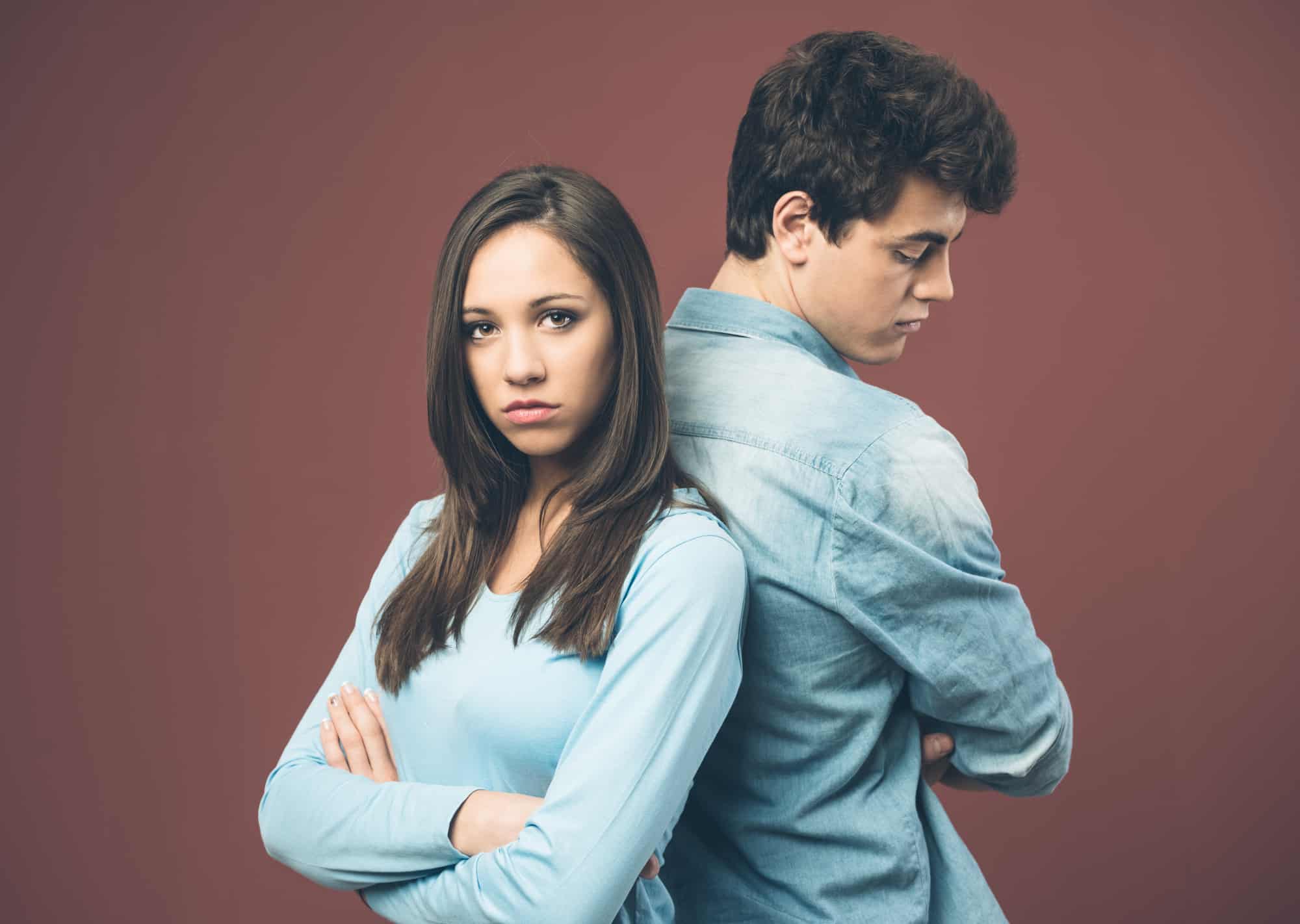 Signs A Guy Is Breaking Up With You (No.5 Is Pain)

You've dated him for quite some time. Lately, you feel that your relationship is going nowhere. Although he hasn't clearly said that you two are breaking up, it feels like you already lose a boyfriend cause he doesn't act like that anymore. His attitude has changed. He no longer treats you like he used to.

You're wondering where your relationship is going. These signs a guy is breaking up with you will help you realize that he meant to quit the relationship between you two. It breaks your heart how he suddenly changes into someone he said he'd never be. But don't give up, girl. It's not the end of the world.

1. He Rejects Your Call

As his girlfriend, you always want to know where he is, what he's doing, and whom he is with whenever you're not with him. Like this very time, you call him to ask him where he is and what he's doing. You ring his phone way too many times but he always rejects them. You wait for another time to call cause you assume that maybe he's busy and unable to answer any call. When you think it's the right time that he won't be busy, turns out that he still rejects your call. It makes you mad how he's your boyfriend but it's so hard to reach him out.

2. He Doesn't Text You Back

You try to think positively that he rejected your calls cause he was busy. Thinking that making a call may be bothering him, you prefer to text him instead. You send him messages but he doesn't leave a single reply. A million things are going through your head. If he is just busy, why won't he leave a message? You can't help but think that he's probably ignoring you. Believe it or not, this is one of the early signs a guy is breaking up with you.

Also read: Signs That Your Husband Has Another Family - How to Tell If Your Friend is Lying

3. He's Missing Without Any Reason

He's not available to call, he doesn't text back, and he's not home when you come to his place. Ask his friends where he is, if no one knows, it's clearer that he's running away from you. The fact that he's missing in action has raised the level of your suspicion that he's breaking up with you.

4. He Goes Out With Another Girl Behind Your Back

You're done trying to reach him cause it's just useless. When you are out and about, you accidentally meet him. He's talking and laughing with another girl. He looks so intimate with her and seems to have fun. You've been looking for him all this time and now he's hanging with another girl.

Also read: Signs That Your Ex Girlfriend Misses You -How to Know When People Are Lying

You rant about how he rejected your call, didn't text you back, and disappeared without any reason. You ask him why he did so and why he is with that girl. Instead of looking guilty for what he did, he ignores you and tells you to go away. If he says he doesn't know you when that girl asks him who you are, he's definitely dumping you.

6. He Doesn't Care About You Anymore

What's more, signs a guy is breaking up with you: Here is you tell him that you've been looking for him and it made you tired. When he hears that, he doesn't seem to care about what he made you do and how you feel because of it.

7. He Forgets About The Promises He Made

You remind him of the promises he made and he says that he doesn't remember that he ever made that promises. He forgets that he used to make you believe that he's true to what he said. What he does now is making you feel like a fool. It's such a shame how you believe in something that turns out to be a lie.

8. He Doesn't Appreciate You

As his girl, you've done anything for him. You waited for him, you accompanied him and gave him all your sugar. Since he behaves strangely, he acts like your nothing to him. He doesn't appreciate you and what you've done to please him.

Also read: Signs A Girl Likes You in High School

10. He Gets Mad For Nothing

Things are getting worse since he gets mad at you for what you didn't do. He blames you for everything. He yells at you cause he thinks that you only disturb him.

He used to want to be around you and spend the whole time with you. Now, whenever you want to chill out with him, he says that you make him bored.

You walk home by yourself cause he barely picks you up. It feels like you're going back to the time when you haven't had a boyfriend.

You get so lonely since he no longer cares about you. You're going wherever no one will find you, but you wish he'll look for you and tell you he misses you. Turns out that he doesn't look for you or just wonder where you are.

14. He's Not Worried About You

When there is no news about you, he doesn't get worried about you. He doesn't care whether you're doing okay or not.

Every time you want him to listen, he ignores you. There are many things you want to tell him about what's been happening in your relationship. He says that there is nothing he wants to hear from you. Actually, that's just one of many bad signs a guy is breaking up with you.

16. He Doesn't Look Into Your Eyes Like He Used To

At the beginning of your relationship, he always looked at you like you're the only one he saw in this world. He looked deeply into your eyes and it made you believe in every single thing he said. Now you feel like a fool cause everything he said was a lie.

17. He Makes You Question What's Going On

He doesn't tell you where you went wrong. If you made a mistake, why won't he tell you about it? It makes you screwed up how things are messed up but he doesn't try to make things clear.

You ask him why he's changing and he says that he's tired of you. There's no doubt that this is the clearest sign a guy is breaking up with you. Most of all, he's tired of being in this relationship with you.

19. He Unfollows Your Social Media

Having a relationship made you two wanted to tell the world everything you two had and did. Through social media, you both posted a picture about how happy you and he were as a couple. Every single dinner, every anniversary, and every moment about you and him were displayed on social media accounts. It was all fun and games until he unfollows you on social media.

20. He Doesn't Compliment You Anymore

He used to think that you're the most beautiful he's ever seen in this big world. The way he said that his heart only belonged to you made you feel like you're on cloud nine. He was such a sweet talker that could make you fly high. Since he ran away, you realize that he put you high to the sky just to let you shatter to the ground.

21. He Looks Happier When You're Not Around

It's really heartbreaking that the one who used to make you happy is now looking happier without you. Now there's no way to go back to those days when you were the only one who brought him happiness.

More Signs Of A Breakup

It's not easy to accept the truth that he doesn't make things work between you two. You can't just stay quiet if he shows the clearer signs a guy is breaking up with you like below.

Those are signs a guy is breaking up with you that you should've known earlier. Sometimes, guys are so tricky when they want something. They act so sweet to steal a girl's hearts and make them believe that they're sincere. They put such hard efforts to make girls feel so fly. Once they get what they want, they dump it.

No girl in the world deserves to be treated like they're worthless. You deserve to find a better person who loves you unconditionally. Don't waste your time on somebody who doesn't appreciate you and see where you're worth it. It's not your fault that you loved the one who turned out to be a jerk. You gave your love to him cause he has chosen you as his girl when there are many prettier girls out there. It's okay to feel brokenhearted, but you have to stay strong and see this as a lesson. You're going to stronger than ever.