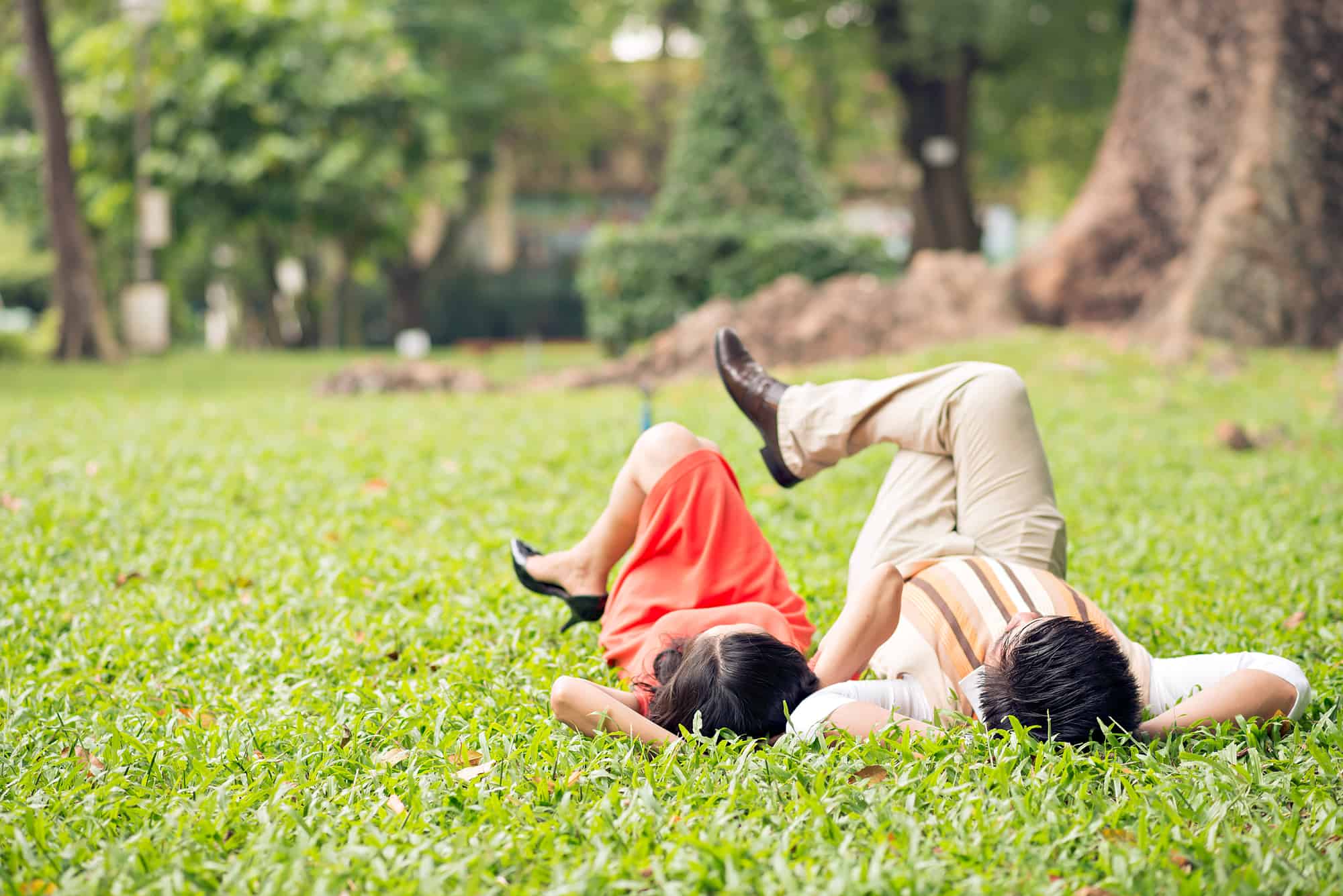 Chinese dating etiquette is one of the well-known particular dating cultures in the world of relationships. They are indeed different in many ways comparable to the common dating etiquette in Western countries, even the rest of the countries in East Asia. Strongly influenced by their culture and tradition, the Chinese have their own rules of dating. This, however, still going strong to this day pushed down to younger generation by the elderly.

If you know nothing about this, then get ready to enter a completely new world of dating. Here I’m gonna share with you some common etiquette about dating with Chinese.

Men and women in China have a lot of pressure of getting married. When they already in their 30's and still single, it is called embarrassment and even disaster. This is why “fake” boyfriend and girlfriend are common in China. Because of the pressure to find a partner is high, the Chinese want to get matchmaking. The familiar methods used are dating college friends, colleagues at work, or through an online dating service. It is a common view in China where several young people sitting together at a cafe or restaurant to attend matchmaking sessions.

2. Praising The Women’s Beauty On The First Meeting

Politeness is the key to Chinese culture. Thus, the first impression played a big part in the continuity of the relationship. Praising the women's appearance is very common in China. When Western women would like to turn their face away after men compliment her beauty, Chinese women won’t. They liked it when men praise their appearance.

3. Men Are The Decision Maker In (Almost) Every Aspect

While women in Western countries would be delighted to choose where to eat, Chinese women rely more on men in decision making. This happens on almost every occasion such as deciding where to eat and ordering the food. It is not that they’re not able to make their own decision, but they worried whether men will like it or not. When men take the lead, he lifts a huge burden off her shoulder, that's Chinese dating etiquette

You may also read: How Man Fall In Love

4. Women Can Not Start A Conversation

Tradition asks Chinese women to be shy and introverted, especially towards men. Thus, initiating a conversation is something Chinese women won’t do. It is also due to their fear of exposing too much of herself that might lead the men to think badly of them. In Chinese dating etiquette, men take control.

As previously described, women cannot be too open to men. This is why such private topics as income, living conditions, living expenses, previous romance, and some other detailed conversation is a big no to be talked about during the date. General topics like family and friends are more preferred, even praising each other appearances.

6. No Such Things As Casual Meeting

The casual meeting is uncommonly practiced in China. The younger generation has started to do this, but it is still unacceptable in the bigger culture. If a couple has met for the third time or more, women will take it as an indication of interest, even the impression that they would likely get married.

Chinese dating etiquette, well there are no trivial things in Chinese dating. When a lover said “I miss you” or “I love you”, women will take it seriously. Nobody in Chinese said these things out of habit or even as a simple joke. On the contrary, it is taken as a reflection of someone’s heart.

8. Introducing Partner To Parents Or Family

In Western culture, introducing a girlfriend or boyfriend to the parents are common regardless of the seriousness of the relationship. While in China, it is a very different thing. Taking your partner and introduce them to your parents mirrored the level of seriousness of your relationship. When this occurs, it means both of you are ready to escalate to the next level: marriage.

There’s a tradition in China where parents, and in most cases, grandparents are highly involved in some couple's lovey-dovey relationships. It usually happens when the parents are the ones who set up the meeting for their children. If it is not, some women in China are stick to the old tradition where she and her partner would meet only at places that have been approved by her parents (and grandparents) beforehand. Just imagine how exciting the place would be!

10. It Is Fine To Exchange Multiple Texts A Day

In Western culture, you can’t bomb your partner with hundreds of calls and texts every other hour. Or else, he will get irritated and dump you for worse. But trust me, that is a common thing in China. It is okay if women send a text or make calls three hours before their arranged meeting.

11. Tendency To Get Married Early

The high pressure of finding a partner in Chinese culture resulted in another thing: the tendency for Chinese women to get married early. Due to its culture-oriented, the lady’s parents and grandparents are the ones who put the pressure on a marriage, whether the lady herself is ready or not. Elder people like to set up the daughter with older men, as they are more reliable, earn enough money, and usually have a bright future. Chinese people valued marital stability above everything else.

Some people in China get married out of life convenience rather than love. This is why parents also like to set their children up in a meeting. There’s a common culture in China called the married market. And it is literally a market, as crowded and as big as it is. From a small scale as a private meeting between parents to a large-scale exhibition with a hundred participants.

Uniquely, the ones who get involved in this event are parents! They usually sit in front of an umbrella fully written with their children’s profile and positive values. They also advertise their children throughout the event to look for potential in-laws. When the match is found, they will continue to privately set up a meeting for the children. And if it turns out for good, a marriage will be held within months.

13. Chinese Women Valued Virginity Above Everything

While the Western value of virginity has continuously decreased and their women have a lot of one-night stand relationships with different men, Chinese women think very highly of their virginity status. Up to this day, virginity remains one of the crucial things in their culture. In men take a woman’s virginity, it means the ultimate goal of the relationship is marriage. Chinese women only giving their virginity to the one they really loved, or the one they are sure to marry in the future.

14. They Tend To Date Among Their Race

This is no longer common in Chinese dating etiquette nowadays. But some people who held onto their traditional beliefs think that there is no better match for them other than their own descent. A similar understanding of the same culture is also one of the supporting factors for the Chinese to date each other.

1. They Want To Enjoy And Loving Life

Chinese men mostly focused on having a stable job and a bright future. They mind only their financial needs without having any thought to enjoy life. This is what Chinese women find in Western men. They have a broader view in life that being financially stable is not their main goal in life. Rather, living a happy and enjoyable life is more important. This quality makes Chinese women love Western men.

In China, when a woman has a dark past of her relationship—such as divorce—it is considered a shame. Thus, society and their future partner having a hard time accepting it. For a Western man, a previous relationship is nothing to be ashamed of. They openly accept their partner’s past relationship and moving on together to the future with them. For Chinese women, it’s something they’ll never find in their culture.

3. Western Men Are Open To Discussion

When it comes to disputes, Chinese men are typical of rejecting any arguments from their partners. Their always-taking-the-lead in almost everything nature shaped them to be the decision-maker, including when a fight between couples happens. Western men, on the contrary, willingly hear their partner and resolve the problem together.

Dating style is strongly influenced by the culture where one living or grows up. In Western and Eastern countries, relationships between men and women are viewed from different points. Particularly in China, where Chinese dating etiquette is still going strong up to this day. However, we have to pay some respect and not underestimate their culture.

You May Also Like
22 Reasons Why Gamers Make Better Lovers Than Others
No Comments
6 Ways on How to Stop Your Ex From Interfering Your New Relationship - Goodbye to Them!
No Comments
What Does It Mean If I Don’t Feel Anything When My Boyfriend Kisses Me?
No Comments