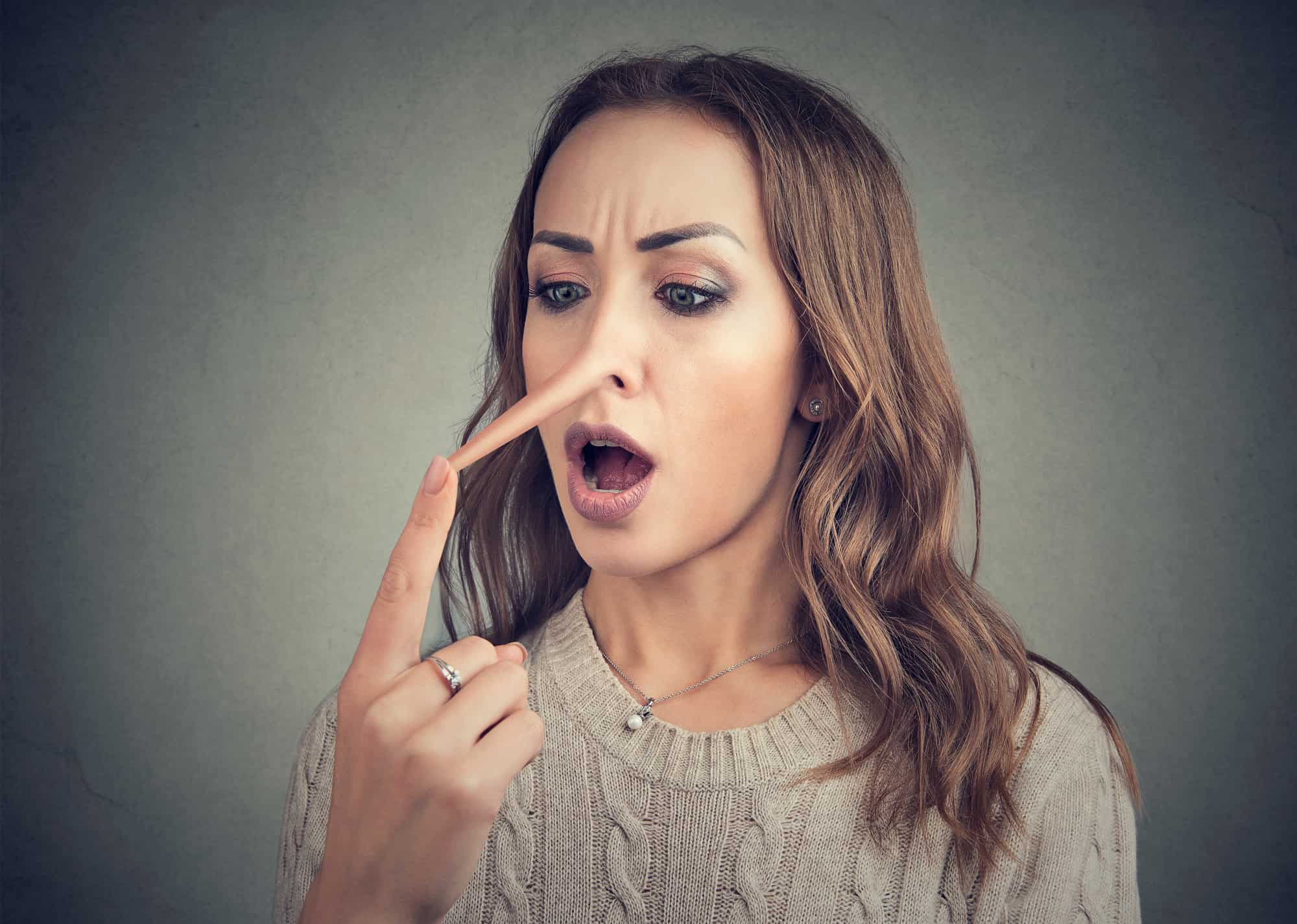 Ways How To Know When People Are Lying To You

Some people are sometimes good at lying which makes us having a hard time spotting them. People lying because of a thousand reasons, and if they did it to us, it's important for us to find it out. It usually a psychologist who can easily spot a liar, but now, we can learn about the as well.

People at least had lied in their lives even once. Defendant in the court tells lie to get himself out of trouble, boyfriends lie so that they won't caught cheating, staffs lied to their boss so they can get more off days, children lied to their parents so that they can hang out with friends. And many other cases like that.

When people tells lie to us, we will feel betrayed and deceived. We then feel the urge to find out whether someone is lying or not. Luckily, the tricks can be learned and everyone will mastered them in no time. There are simple ways for us how to know when people are lying.

1. Look At His Head Movement

Lying is a natural reaction when we don't want to say something. And if you want to know if people in front of you is lying, take a close look to his head position. People tend to make a head movement. That kind of guy will retract his head, jerked it back, bowing down, or tilting it to the side. This movement was right before he say his answer.

2. Listen How They Repeat The Words

People who lies will try his best to convince everyone around. He wants to make sure that they are saying the truth not only to other people, but also to his own self. It's the way he validates his mind, because he is lying inside his head, too. He also has to gather his thought, so that he wouldn't make a mistake. That's how to know when people are lying to you.

So, how to know when people are lying? A reflex action people do when lying is heavy breathing. Lying send a panic signal to the brain, resulting in heavier breathing. His shoulders will rise up and down, and his voice get shallow. He's suddenly out of breath because his heart rate rising and the blood flow suddenly in rush. This is the result of nervousness and tense.

4. Watch The Way He Stand

When people lie, they tend to get nervous. People who are nervous will be anxious to make even a little movement, and they opted not to move at all. Thus, his body will become stiff and he stands very still. It's a natural process within the body, as it get ready for a confrontation. As it's not a natural conversation where people can comfortably move his body around and shift his position now and then.

5. Liar Will Touch And Cover His Mouth

How to know when people are lying to you? It's a body language a liar give away, indicating he didn't want to deal with the issue and answering a question. The sign is a gesture that an adult show because he want to keep his mouth closed and not wanting to say anything. Literally, he is closing down the conversation.

6. He Tends To Give Unnecessary Information

In order to make sure he is telling the truth, liar will provide excess details and unnecessary information that is not asked or requested. He will talk a lot, as if showing off his honesty and openness so that people will believe in him.

7. He Will Covers His Throat And Neck

An attorney who attended many trials in the courtroom often see someone who is lying is giving a particular body sign. He will automatically covers the exposed area of his body such as throat or neck. Lying seems to hit on his nerve, and he covers his body as if making a shield to himself.

8. He Absent-Mindedly Shifting His Feet

A liar's body will be taking over when he tells lies. Shuffling the feet is a sign that someone is nervous and uncomfortable at the moment. It also means that he want to leave the scene and walk away. A liar's feet can definitely say everything.

9. His Way Of Speaking Becomes Stuttered

This is an ultimate sign of someone who is lying. As he is not sure of what to say and afraid that he might say the wrong things, the way he speaks become stuttered and unclear. This is an automatic response of the nervous system decreasing salivary out of stress, resulting in dryness of the mucous membranes in the mouth.

Who says people who lies avoids eye contact? People has become smart and tricky, and rather than avoiding eye contact, he will stare at you intensely to control and manipulate you. When people is telling the truth, he will say every word at ease even look away from time to time. While liars will use a cold and intense gaze to intimidate you.

On the contrary with not blinking at all, people who lies will blink faster than usual. It was the result of the nervousness he is unable to contain. Blinking is a small gesture, and he hopes it won't be as obvious as sweating or looking away. But these two contrast gesture only appear on someone who is lying.

11. His Finger Will Point A Lot

Liars will turns the table and get himself out of trouble. At some point, they will get angry for no reason, afraid that you might discover his lies. Then he will point his finger a lot, indicating that he is as if offended.

12. His Smile Doesn't Reach His Eyes

13. See His Choice Of Words

Liar doesn't want to affiliate himself with his tell tales. Thus, he will avoiding the word "I", "me" and "mine" so that he will not connect himself with the lie. He also avoids complex thoughts and doesn't use the word "but" and "except. He prefers one straight and simple sentences.

14. He Avoids Your Gaze For Simple Questions

A lies doesn't always has to be complex and about the big deals. People will also lie over a small things when he doesn't want to tell the truth. If he looked away even at the simple question as if it's complicated, he is definitely lying.

So, there are many ways how to know when people are lying to you. You may better find it out cause liars are the worst to know.

More Signs A Person Is Lying

Here are more ways how to know when people are lying to you:

Those are the way to find out whether someone is lying to you and how to catch them. Some people are lying for good, so before you judged him with any negative thoughts, you better ask and listen to his reason of what makes him lied.

You may tell these tricks to everyone, so they won't get lied easily. But remember, once you mastered all of this, use it carefully and wisely, not to trap or doing bad things to other people. Indeed, now you know how to know when people are lying to you.

Michelle Devani
My name is Michelle Devani, and I've been helping people with their relationships since 2003. In 2017 I decided it was about time I started a blog on the topic, and since then more than 2 million people worldwide have read my relationship advice. Drop me a comment below to let me know what you think.
You May Also Like
Simple Ways To Make Someone Feel Appreciated And Loved
No Comments
How to Get Someone to Notice You're Sad But Not in Desperate Ways
No Comments
Pay Attention to These 6 Ways on How To Tell Someone is Annoyed by You
No Comments