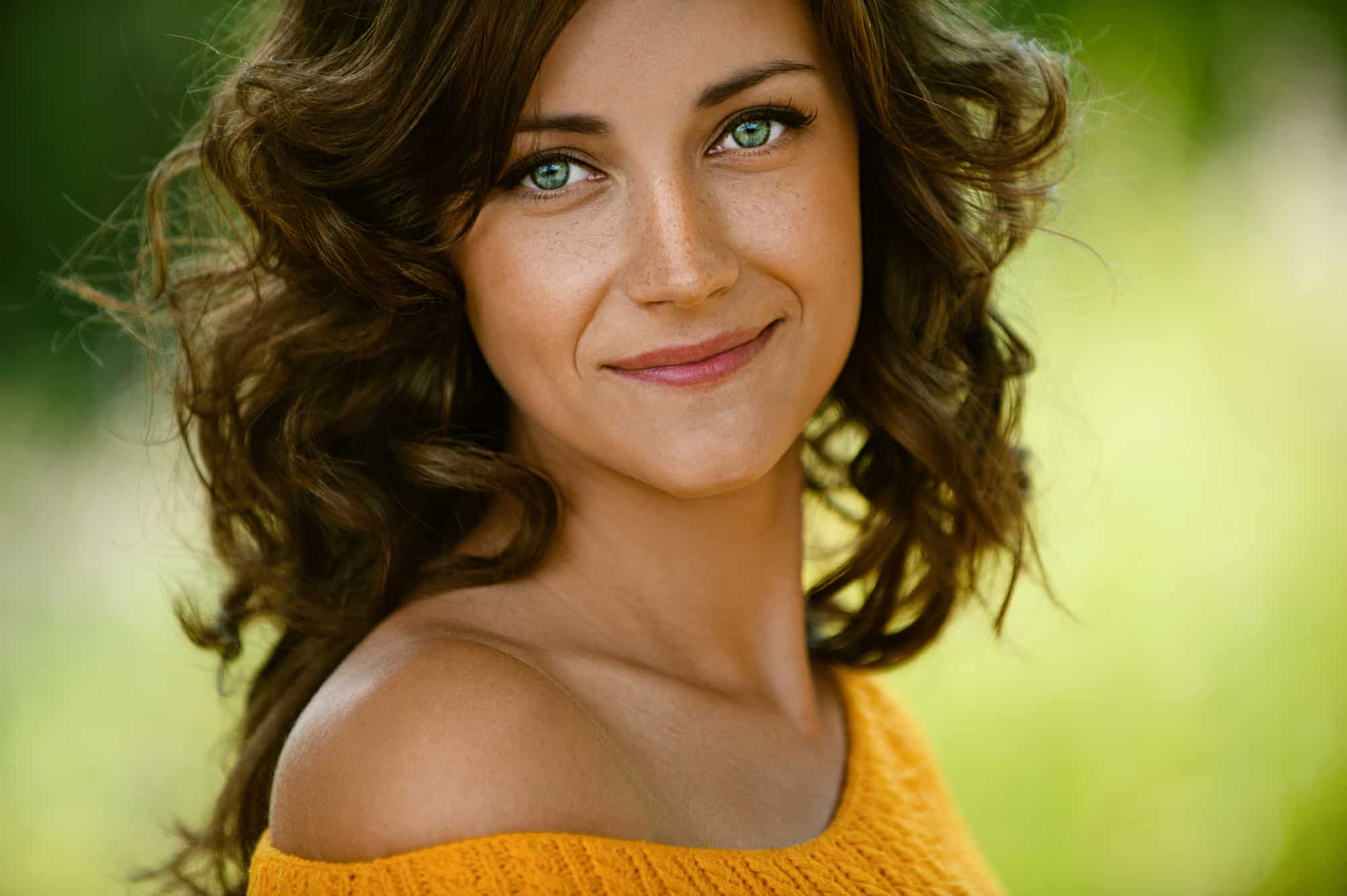 Reasons Why You Should Date A Latina (Lifetime Mate)

Latino refers to people with cultural ties to Latin America and people of nationalities within the bounds of Latin America, in contrast to Hispanic which is a demonym that includes Spaniards and other speakers of the Spanish language. People often call Latina the feminine form of Latino. We often see Latinas in the music industry, Hollywood movies, supermodel runway, and many others. They definitely have gorgeous looks. Besides their stunning looks, there are plenty of things we can adore from Latinas. So, if you wonder how a Latina can be a great person to date, these 18 Reasons Why You Should Date a Latina will show you how.

Latinas make friends a lot easier shows in the truth that Latinas are the world's most friendly people. They are more likely to befriend people outside of Latin ethnicity than other groups. It isn't hard for Latinas to get along with new people. Once someone becomes friends with a Latina, their lives will not be the same anymore. They are never gonna regret a thing to have ever known a Latina in their entire lives. Anyway, everyone wants to be their BFFs.

The truth that Latinas are very friendly will somehow give a good thing for you to get closer to them. If you are a kinda shy boy, who sometimes still hesitate to talk to a girl first, it won't be really hard to make a move to a Latina. With her friendly response, she will not make you feel awkward.

2. Latina Tend To Be Smarter Since They Speak Bilingual

Central and Southern American immigrants in the United States get used to speaking English while their native language is either Spanish or Portuguese. Although their English may not be good and they speak it with accents, that has a profound effect on their brain. Moreover, it develops cognitive skills and can prevent dementia at old age.

Although 80 percent of Latin food is most likely deep-fried, Latinas are less likely to develop heart disease and tend to live longer than non-Hispanic whites. Latin traditional culture still strongly runs in their lifestyles. They learn the value of self-care through food. To them, traditional cooking is a form of resistance. It's a way to preserve a culture that is hundreds of years old, even though a culture easily lost in a new place. Their philosophy is that the more they go back to their traditions, the healthier they will be.

There are so many reasons to make us think that Latinos are the happiest people. It seems like every time we meet them, there's always someone smiling, laughing, enjoying their foods, dancing and having fun. We often find Latinas gathering with their family and friends. To them, family and friends are the most precious resources they have and they love doing things in big groups.

5. Latinas Are Good At Running Business

Latinas business have grown really well recently. Their opening businesses rate is nearly six times higher than any other group. Passion and hard work have triggered Latinas to start working on their own lanes. This shows how Latinas have some kind of great self-esteem and awareness of achieving a better life. When it comes to a relationship, Latinas will make a great lover. Instead of always depending on their partners, Latinas prefer to stay true of what they're capable of. As long as they can do it, they will try not to bother their significant other. Hopefully, they will build a stronger bond with their partner.

6. Latinas Learn To Live Well Under The Low Welfare

Poverty rates are highest for the fastest-growing Hispanic groups, especially Mexicans. There are approximately over 5.4 million U.S. Latino children live in poverty. The highest childbearing come from the poor Hispanic women who are non-citizens, non-English speakers and low in education. Hence, many poor infants arrive and grow up inappropriately in old and new destinations where Hispanics are concentrated. Immigrating to the U.S. is a way to search for a better life. Somehow, it probably has prepared them to confront bad times with a lesser sense of unreliability. Don't matter how hard life is, they face it wholeheartedly.

7. Latinas Get To Visit Other Countries All The Time

Dominican Republic, Mexico, Puerto Rico, Colombia, or other Latin America's countries are where some of the best beaches exist. Since the Latinas still have their family in their home countries, they can spend their summers with their families. The good thing is that they have a spot to take a quick vacation whenever they need. For you, traveler boys, doesn't this sound really good?

8. Latinas Have The Best Foods

Latinas have such a wide variety of delicious cuisine. They get to eat them for free at abuela's house rather than pay 50 bucks at a fancy Brazilian steakhouse. In Latin culture, food is very important. It helps bring people together and there’s never a shortage of food when everyone gets together. Some of the best Latin foods that we all love are tacos, empanada, nachos, guacamole, tortilla chips, salsa, burrito, and churros. Anyway, there is no doubt that dating a Latina will be the best idea. You may eat those foods from the real chef.

Latinas' colored skin makes them look hotter. Under the sunshine, splashed with beach waves, a Latina looks like a goddess enjoying a summer break. There will never be enough time to name all the hottest Latina out there. Some of the hottest Latinas who have shined in the Hollywood are Salma Hayek, Jessica Alba, Adriana Lima, Alessandra Ambrosio, Selena Gomez, Shakira, Penelope Cruz, Sofia Vergara, and much more. Those girls are not only good in the look, they are also talented in acting, modeling, singing, and business.

10. Latinas Have The Best Culture

Hispanic or Latino culture includes the traditions. Thus, dating a Latino will guide you to learn also about their religious beliefs and practices, language, idioms, and legends. Indeed, these fields such as literature, arts, music, cuisine, history, social and family values of the Hispanic people also the best part of a Lania. Latinas are lucky cause Latino culture is rich in holidays and traditions. Some are more traditional than others, but they all help keep their culture alive. Also, if you want to know more about Latinas family, friends, and community then you must hang out with them during Hispanic holidays. Somehow, these holidays give Latinas the perfect excuse to party.

Latinas love to embrace their natural beauty. Since Latinas relate closely to their heritage, this makes us less likely to be affected by the media's unrealistic portrayals of beauty. They let people love them for who they are, not how they look. If you want your woman natural, a Latina will be perfect for you. They will not try to be somebody they're not. You will find them for who they really are. No pressure to look perfect, just be their selves.

12. Latinas Have Remedies For Everything

Most of the Latinas must have known remedies for a scrape, dull hair, or a pimple from their Grandmas. Although it may seem ridiculous, it's a part of their traditions. Those Latinas store them in their brain forever. Somehow, that's an important knowledge to have. You will wonder of what they turn out to know. Anyway, you don't have to worry when you have problems that need a remedy. Your Latina partner will find a way to fix things.

Latinas skin is more likely to be oily and more resistant to sun damage. It means that they are less likely to develop wrinkles at a young age. They will be sexy forever. Isn't it good to always see your partner look the same as the first time you fell in love with her?

14. Latinas Have Diverse And The Best Music

Next reason why you should date a Latina is because Latin music is very diverse. It varies from the lively rhythms of Central America and the Caribbean to the more austere sounds of southern South America. However, Latin music is one of the catchiest to dance with. Dancing to Latin music with your Latina girlfriend will be the fanciest date.

15. Latinas Are Proud To Be Latinas

Latinas aren't ashamed of what other people may think about them. Latin people have been living their lives under the discrimination. People often think that Latin people are criminal and alcoholic. They are the largest ethnic minority in the United States, but most of them still live under the poverty line. Nevertheless, Latinas don't give a care about how people look down on them. They wouldn't want to be anything else even if it was possible. They take so much passion and pride in who they are.

16. Latinas Have Some Amazing Role Models

There are plenty Latinas women that Latinas are proud of. They show the others that everyone has the potential to change the world. Those Latinas that have inspired others are Rita Moreno who won EGOT (Emmy, Grammy, Oscar, and Tony), Selena Quintanilla who was the 'Queen of Tejano', Cristina Saralegui who is the Latina Oprah, Claribel Alegria who is a powerful novelist, and many other.

17. Dating A Latina Will Give You The Telenovela Vibe

This may be why most telenovela actresses still look hot even when they are not young anymore. You can't deny that you wish you can date someone who is like a girl in the telenovela. Dating a Latina will give you that feeling of being in a telenovela. It's really dramatic and romantic.

18. Latinas Are Honest Of What Their Feelings

Latinas aren’t afraid of telling you that they love you. They show their affection either by kissing, hugging, or simply by letting you know how much you mean to them. You will not have to keep on guessing whether they really love you or not, cause they will tell you anyway.

More Reasons Why Latina Is The Best Lover:

Those are 18 Reasons Why You Should Date a Latina you need to know. Get yourself a Latina and you will find your life becomes more worth living for. In case you ever heard, always spread love on your every step.

Michelle Devani
My name is Michelle Devani, and I've been helping people with their relationships since 2003. In 2017 I decided it was about time I started a blog on the topic, and since then more than 2 million people worldwide have read my relationship advice. Drop me a comment below to let me know what you think.
You May Also Like
Best Dating App to Meet Someone Serious in a Relationship
No Comments
List of What to Know When Dating an Englishman
No Comments
27+ Signs A Man Loves You Secretly But He Won't Say
No Comments