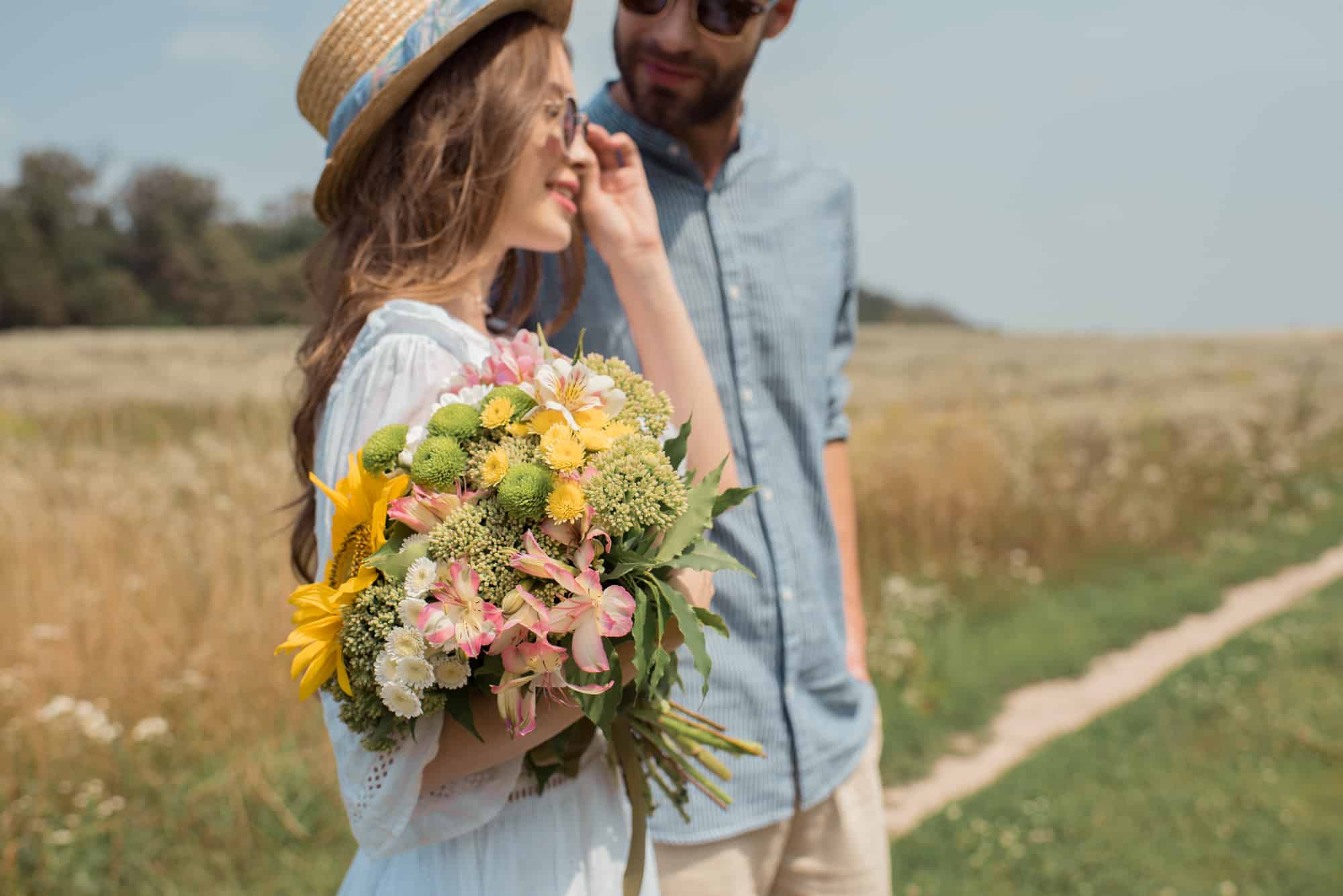 Unspoken Dating Culture In US - Customs And Etiquette

Speaking about dating culture in America, what comes into mind is surely their love for freedom. As know worldwide, American has this freestyle dating, with no rules to follow. But do you know that American still has it? Despite of their modernity and love for freedom, there are still customs to obey and follow when it comes to dating. Let's find out what's dating culture in US!

1. You May Ask Someone Out Through A Call

Welcome to one of the most liberal country in the world. Americans are really open for any sort of things, and it applied on their dating culture as well. While in some other countries you have to wait until some certain times until asking someone out, you don’t necessarily have to wait for that long in America! Once you take interest at someone, you can ask them out as soon as possible. You don’t even have to wait until you see their face! You can ask someone for a date via phone call or even Facebook! They are carefree and open minded that they don’t mind with that.

2. Marriage Is Not (Always) The Ultimate Goal

US people will think through and through before they decide to get married. They will make sure that their partner is the right one worth spent their life with. Thus, people who date in America are not all ended up being married. It is okay for them to have sex and kids, but marriage is definitely different things.

3. Love Is Being Thrown Out Everywhere

It seems easy for American to say love at the first meeting. As their culture is not as strict as other country, they are also a little loose on this one. An American who is looking for a serious relationship tend to be cautious with this one, and do not easily believe with the word love as it being easily thrown out here and there.

Free sex, one night stand, and other similar things are really common in the US. You don’t have to love each other to have sex. And you don’t even have to date to have sex. So if you are having sex with an American, it doesn’t mean he likes you or he want to date you. He may simply want to hit on you.

5. Moving In Together Is A Common Thing

As free as their mind could be, American dating rules is free as well. As the leader of Western life, American allowed cohabitation between a man and a woman. As long as you are a legal adult, you can move in together with your partner. If a relationship is already several months or years long, couples usually moved in together. The man could move to the woman's place, or vice versa. They could also find a new place together.

In some countries, parents are deeply involved in their children’s relationship. They even becoming the matchmaker between their children and set up the marriage for them. In the US, once you hit 18 and becoming legal adult, you are free to make a decision on your own. Parents did not involve much in their children’s dating. In some cases, couples are getting married without even tell their parents. The parents would also be understanding because their adult children take responsibility on their own.

Americans love passionately and tend to show it in public. Kissing and hugging in public is a common sight when couples meet each other. Americans didn’t mind with those things as long as the couples didn’t offend another person. They love to show their love to each other anywhere and anytime. This is a sight that wouldn't happen in Eastern country. Western countries like United States in more loose to this kind of thing.

8. Make Sure Of Your Relationship Status

There are all sorts of kind of relationship between man and woman in America. Say it a short fling, playful date, short meeting, and a serious relationship looking forward to a marriage. You may call it what you like, but one sure thing is you have to make your relationship status clear for your partner. Are you officially date them? Do you want to date them? Or your relationship is no more than a short fling without involving deeper feeling? This is important for American so that they won't let themselves carried away.

9. Your Pet Take Part In Your Relationships

Believe it or not, your home pet take part in the longevity of your relationship. When you have moved in together with your partner, its part in your relationship become bigger. Americans really love to have pet, an it often sparks jealousy towards your partner. A few American couple break up because they didn't like the pet that their partner have. So, make sure that your partner doesn't only love you but your pet as well.

10. Turn Them Down Politely

As said before, Americans are careful with their feeling and like everything clear beforehand. Before you officially dating an American, there were several meeting between two person involved. During those meeting, you have to quickly decide whether you like them or not. If you feel not into them, do not as for further meeting, it means you give them a false hope. Just turn them politely by saying that there will be no next meeting for both of you. It may seems rude, but it would be ruder if you let their hope flying high.

Living cost in a modern country like America is no joke. Thus every American shouldn't be jobless. If you are already dating and plan to move in together, make sure that your job is steady enough to cover the living cost for two person. When you are not married yet, being jobless is a big no. Living cost should be covered by both man and woman, and being jobless only putting your relationship on the edge and breaking up seems not in a too distant future.

12. Take Care Of Your Hygiene

American known for their high standard of living. They can't really tolerate dirty things, in any kind. You have to keep yourself neat and clean, so is your house. Couples, especially those who are living together, often fight about this. Make sure that you and your house are not smell bad.

13. Do Not Smoke In Front Of Your Girlfriend Or Boyfriend

Although most of adults in America are smoking regardless of gender, there are people who are not fond of it. They find it annoying when someone smoke in public, and dislike it the most when their partner smoking in front of them. If you just started dating, ask your partner if they are okay with smoking. If the answer is not, never try to do it in front of them.

You may also read: Signs You Are Falling in Love

14. Have Some Sense Of Humor

American never judge someone by their looks. Instead of outer appearance, personality caught them first. They love someone who can make a good laugh, have a sense of humor, and throwing funny jokes. They love to laugh, and is there a better person to make you laugh other than someone you date? If you can make her comfortable, love is around the corner. Physical appearance comes in second, as American prefer someone with a good sense of humor.

Being a country with lots of freedom doesn't mean America doesn't have some customs and culture to follow when it comes to dating. Although some people may think differently, but despite the free mind, America did have some dating cultures that set their attitude on dating. Thus, now you know about the dating culture in Use. So in case you ever heard, always spread love on every corner.

Despite of their love to personal freedom, American did have several steps to follow when it comes to dating. Here are few of those steps of dating culture in US:

Hooking up is a next step after you meet each other. It doesn't necessarily happen during the second meet and so on, as you can hooked someone up on your first meeting! In this stage you start to show that you are interested on him or her, and asked them for a next meeting.

In this step you start to know each other deeper. As you learn more and more about his or her personality, you may like them more or turned down by their attitude or words. But it's worth to try though.

After a series of meeting, getting to know each other better, what comes next is none other than he finally ask you out, officially! American loves such sweet words like "Would you be my girlfriend?" or "Would you date someone like me?" And if she says yes, then you are now officially a couple.