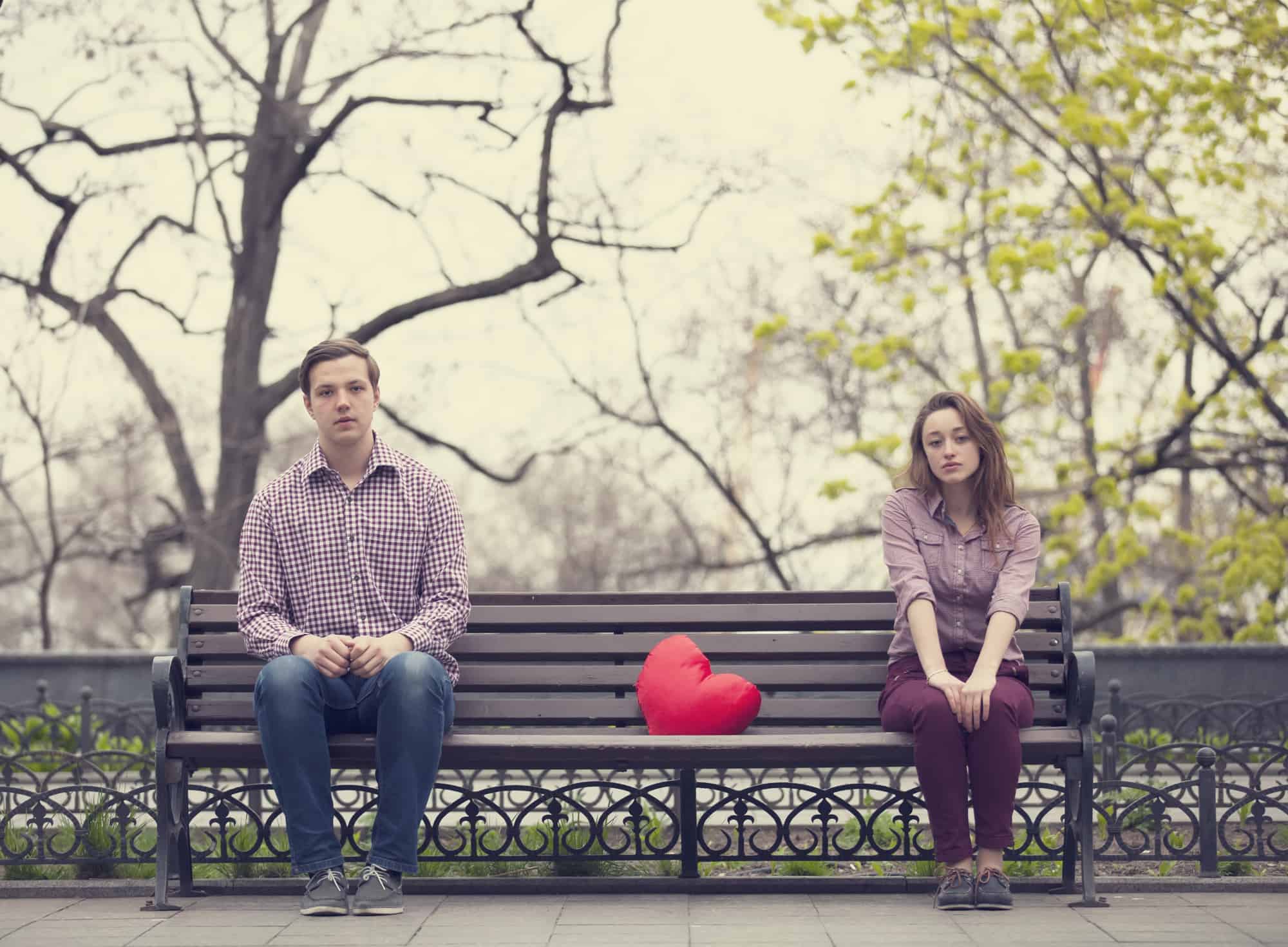 First of all, what is the definition of a friend zone? So friend zone is a term many guys and probably some girls use when they have been rejected, whether it’s straight out or unsaid. People would tend to claim that it was the other person fault or that they are friend-zoning the other, despite the facts that the person may really like the other as a friend, which is a false move to seeing as the other person believes they should fake feelings and be in a relationship.

But in a simple way, friend-zone is a happy place for a girl, because it is a place where a girl and a boy sit and talk about anything and get really friendly to each other. But for a guy, the friend zone is the worst place ever, especially when the guy likes the girl who always behaves like a just friend. So here are some signs if he or he is just messing you around and friend zone you:

1. They Don’t Find You Funny

Even as a stranger, some girls will most likely laugh at a guy’s joke, his is completely normal social interaction. But on the other hand, if he never laughs at your joke, you might need to worry that he might be not interested.

2. He Asks You About Other Women

There are 2 probable reasons if he asks you about other women, first that he wanted to know what kind of men you would like to date and the second he would probably like to give you the advice to get a man, so… this means he has no interest to build a relationship with you.

You and her might hang out together and texting each other quite often, yet he still introduces you to her parents and her other friends just as a ‘friend’.

4. He Does Not Want Being Seen When He Was Only With You

While going out he always avoids being seen with you around her friends. He might be available for you but not during the night. And he doesn’t want to go have a bite with you or just simply watch a movie in the cinema.

5. They Talks About Their Hookups

This is possibly the worst part of being in the friend zone, is being known about the other men he hooked to while you are not one of them.

6. When He’s Drunk And He Doesn’t Show Any Sign

When you finally asked her out and went to the bar, but then after he got drunk he still gives you zero sign. Not even an inch he would get close to your arms, that’s a clear sign that he just not into you.

7. If He Has A Girlfriend, And His Girlfriend Won't See You As A Threat

If he has a girlfriend but you still catching feelings for him and still hope he will be with me but her girlfriend never sees you as a threat this could be suspicious. Because he definitely already tell her girlfriend that you just a friend and nothing to worry about you and him.

8. No Physical Contact Between You And Him At All

You guys might hug each other as a friend, but a hug doesn’t count as physical contact since there are some people who like to hug every time they meet each other.

Also read: How Man Fall In Love - How to Make Him Fall in Love

9. He Needs You Some Advice And Tips

You find her asking you about other guys, but he doesn’t ask about you, just anybody else out there. He clearly has an eye for other guys and he must be wondering how to get the guy he likes and ask your advice instead.

10. He Ships You With The Other Friend

If he constantly makes a joke about how good you are with ‘that’ friend or how good you’d be if you date another girl, this means that you are not his type or not good enough for him.

11. You Do Stuff For Them That Really Their Partner Should Be Doing

You bring her food, you drive her back home from school, you always tried to satisfy her but she does nothing in return. This is just a clear sign that she just use you for her needs.

12. He Is Completely Comfortable Sharing Bed With You

He completely alright and maybe invite you to sleep with him, but just sleep in the literal meaning. He enjoys spooning and cuddle with you but not more than that and not in a sexual way.

You help them in every single thing. Somehow, that crosses the border of what a best friend should be. Then, things like sharing, hugging, spending time together, camping, singing in the car, and all the great things become just usual but those things are never personal.

15. Know Each Other But Nothing Happen

You guys have been spending so long together, been through good and bad moments together, but there is just nothing happens. You tell him he is handsome but it goes just nothing, that's usual.

16. You Want More Than Just A Friend

You want them really bad to be more than just your friend. But, that friend-zone smells really on point and you can't say a real thing. But honestly, you just want to hug them like a true lover.

Indeed, there are many signs of a friend zone that may happen to you and your best friend. However, just bless yourself that some love may seem so painful. Close yet so far.

How To Avoid Friendzone Things

There are various ways to prevent ‘friendzone’ to be happen and make sure that everyone is satisfied, those are include:

1. Just Be A Friend And Behave Like A Friend

Don’t talk too much or spend your time a lot with him, and don’t always text about his problems in life. But instead, it would be great if you and them talk about places, or movies he wants to see.

2. Give Him A Compliment If He Deserves It

3. Try To Ask Him Out When She Is Alone

If there are so many people around, it would be awkward to suddenly ask him out for a real date. Instead, ask him out when he is alone.

You can make him feel special by getting him a small gift, that will definitely make him really happy and don’t forget to tell him to keep it a secret.

5. Treat HerLike He Is Your Girlfriend

But you need to do it respectfully, for example, protect her while she crossing the street with you. Open the door for her whenever you hang out with her. Make her feel like a queen and give her a lot of attention, but if her friends are around, please don’t do this otherwise she would feel awkward.

Flirting is fun and it is a playful way to let a woman know that you are into her without being blunt about it. Also, avoid those signs of a friendzone relationship.

How To Escape From A Friendzone Relationship

If you think you already stuck in friends zone, we already prepare some tips for you how to get out from this evil circle a.k.a friend zone.

You need to try to spend some time away from your friend or lets say someone who friendzoned you and do less for them. If they really appreciate your presence, then your absence will make them miss you and want you more and try to put an effort to be with you. If you are no longer to be around them or tending to their needs, they will most likely feel the loss about your absence. This will increase their feeling to you and the desire to see you soon. If they don’t show you this sign, it just mean that they are not into you.

3. Create Some Competition Against Them

Hang out more and make your circle bigger. Get a new friends that you are interested in. then talk about these new friend with the friend who might be fiendsoned you. A competition and jealousy are another way to develop scarcity. Like as usual, people will value more what they think they might lose.

4. Get Them To Invest And Put An Effort

You might fee that you are the one who always put much effort to them and invest your time and feeling for them. Not it’s time to put it otherway. Ask your friend to do stuffs for you, people will do more if they likes you rather than when you do favor for them. The more other people invest to the relationship, the more you will mean to them. So it is time to stop doing favors for them and start asking for them.

Don’t forget to be grateful and rewarding to your friend if they behave like what you desire. If they are good to you, you need to be good to them as return. And ignore them if they behave badly to helps reduce unwanted behaviors.

Indeed, the signs of a friend zone relationship is a painful feeling. Yet, you must love your best friend like you love yourself. By then, let love runs for the right one to love. In case you ever heard, always spread love in every corner.

You May Also Like
How to Get Out of The Friend Zone With a Girl Through Texting?
No Comments
35 Crazy and Undeniable Signs That She Friendzoned You
No Comments
Devastating Signs He is Friendzoning You #Heartbreak
No Comments