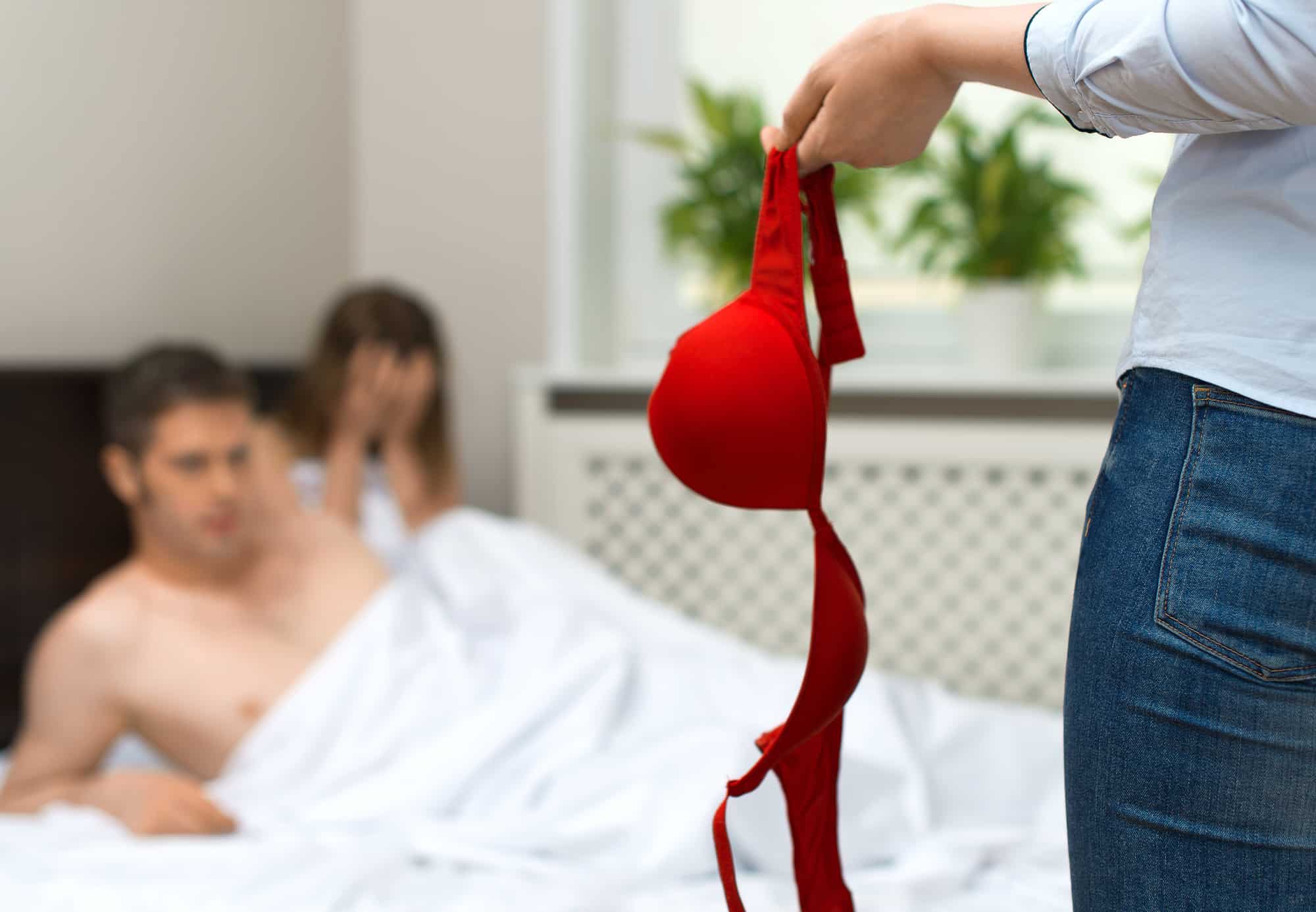 There is a little voice in everyone’s mind that wants their relationship with a partner to be perfect. But sometimes they make the mistake of not knowing who they really are. Are you going to make the same mistake?

Being faithful is the number one required criteria in every relationship. It is the base of every relationship, and if one of the couples is not faithful, sooner or later the relationship will break down. It is crucial to identify if your couple is faithful to feel safe to continue. Although it may not always be the same for everyone, these are the most common signs of an unfaithful man:

A guy who keeps secret means that he is not ready to be intimate with you. These guys think that if you don’t know that much, it will be really easy to leave you or make you not know about their possible secret girlfriend. Be alert if that secret keeps piling up!

2. He Still Has A Connection With Former Love Interests

A truly faithful guy should have all his heart for you in a relationship. One of the signs of an unfaithful man is if he still leaves his heart on some former love interests. Maybe this guy still talks romantically with his exes a lot, or he still hangs out with his ex a lot. This is a red flag in any relationship. That means he is not ready to be with you and he is still very much stuck in the past.

3. He Wants To Be More Connected With You

An unfaithful guy is jumpy and he has no time to get to know other people. He just wants the rush of finding a new crush and all the positive sides. The signs of an unfaithful man are one who can’t get through the infatuation and crush phase. But he stays away when it comes to the part where he is supposed to get to know you better because this is the hard part. Do not put another foot forward with a guy that just wants the sunshine-and-rainbows part

4. He Is A Narcissist

A faithful guy will have respect and love for himself but he will not go around shoving it to other people. But on the other side, an unfaithful guy will have all the confidence in the world because he always feels like he can get anyone in the world. Stay away from the guy that always feels like he is the very best and that everyone else is bad, even you. This could seriously damage the balance in your relationship.

5. He Knows Boundaries With The People In Your Life

When being in love, of course, we want to introduce this amazing guy to all of our friends and people in our lives. This is because we also want their opinion on the guy and we want them to be close to each other. But with an unfaithful guy, they might be way too close.

An unfaithful guy knows no boundaries, so they won’t have second thoughts, they will flirt with the people in his life if he finds them interesting. To know if he does this, try to ask for the opinion of others about him, if they say that he is too weird or flirty then that is the sign.

6. He Doesn’t Think Of A Future With You

What're more signs of an unfaithful man? A long and healthy relationship is exclusive to the people who are ready to keep their heart for one person. Well, that’s not the case with unfaithful people. They love to be in a quick and short relationship just for the thrill, so when you ask them if they see a future with you or if you tell them your imagination of the future with them, they will feel scared. This is because all there is in their mind about the future is the next girlfriend, not you.

7. His Friends Don't Even Know You

The sign that a guy is really into you is if he already tells his friends all about you. It will also show if his friends take care of you and also respect you while still keeping their boundaries. The friends of unfaithful men will not know who you are and they won’t even know that you have a relationship with him. Or worse, they will get your name mixed up with the thousand names of girls that he has dated.

8. He Hides His Computer And Phone From You

Our phone and computer hold everything. Our history on the internet, chats, pictures. And every one of those can be used to uncover who you are as a person. A good man will let you see his gadget because after all, he has nothing to hide from you. He is ready to have an open and honest relationship with you. On the other side, an unfaithful guy will watch his phone and computer like an eagle. He will not let you near his gadget. If he does this, it is time to question who he really is.

It’s hard to break behavior and habits. If you have a boyfriend that has created one or two times in the past, it is likely for them to do it again. Because they have cheated before, they feel like this can be done in every relationship. He even belies that he can do it easily, and he is taking you for granted.

More Signs Of An Unfaithful Guy

Let's check out more signs of an unfaithful man here:

What Do You Do To An Unfaithful Guy?

Now that you’ve seen all the signs of an unfaithful man, the main question is what do you do to an unfaithful guy. This includes how to deal with their behavior and what should be your next move in the relationship. We will give you tips that will be safe for this relationship, here are the tips and tricks:

What you need to look for is a repetitive behavior that is bad and suspicious. For example, he goes to a faraway bar every Saturday and when you ask him about it he always lies. These signs need to be observed for quite a long time like a month or more. This is one of the best ways in relation to what do you do to an unfaithful guy

2. Ask And Observe His Friend Or People In His Life

There is no shame in asking about him to his friends or people in his life. To ask him, try not to be too straight forward about it. Get close to them and then ask some seemingly impersonal questions about him. A faithful guy will have people in his life that won’t mind saying good things about him and praising him if they heard that he is into you. But the people in an unfaithful guy’s life will have trouble answering even the basic question about him because they are scared that they will debunk his whole rotten attitude. The people in this guy’s life will also be cheaters and liars, that is where he gets his traits from.

There is nothing that could come out from just being suspicious and hearing rumors about this unfaithful guy. What you could do is really talking to him about this rumor. When talking to him, be gentle. Do not use high pitched voice and do not ambush him. To make him confess or tell you the truth, tell him how this rumor affects your feelings and why it is crucial for you to know if you guys were to go on further. A faithful guy will understand your concern and he will tell you everything you might need to know to wipe out all the worries in your heart. An unfaithful guy won’t do that.

The signs of an unfaithful man that we have given you are the most common signs you can find in an unfaithful guy. After that, we suggest you do the steps we’ve given you. These steps are designed to eliminate prejudice and save your relationship if it can be saved even in the slightest bit. Now that you have got all the things you need for a steady relationship, start looking at your partner and do what feels right!

Michelle Devani
My name is Michelle Devani, and I've been helping people with their relationships since 2003. In 2017 I decided it was about time I started a blog on the topic, and since then more than 2 million people worldwide have read my relationship advice. Drop me a comment below to let me know what you think.
You May Also Like
Why Does My Boyfriend Don't Want To Sleep With Me Anymore?
No Comments
How To Tell If Your Boyfriend Has A Guilty Conscience - The Signs
No Comments
What Does A Pisces Man Want In A Woman? Zodiacs Traits In Love
No Comments