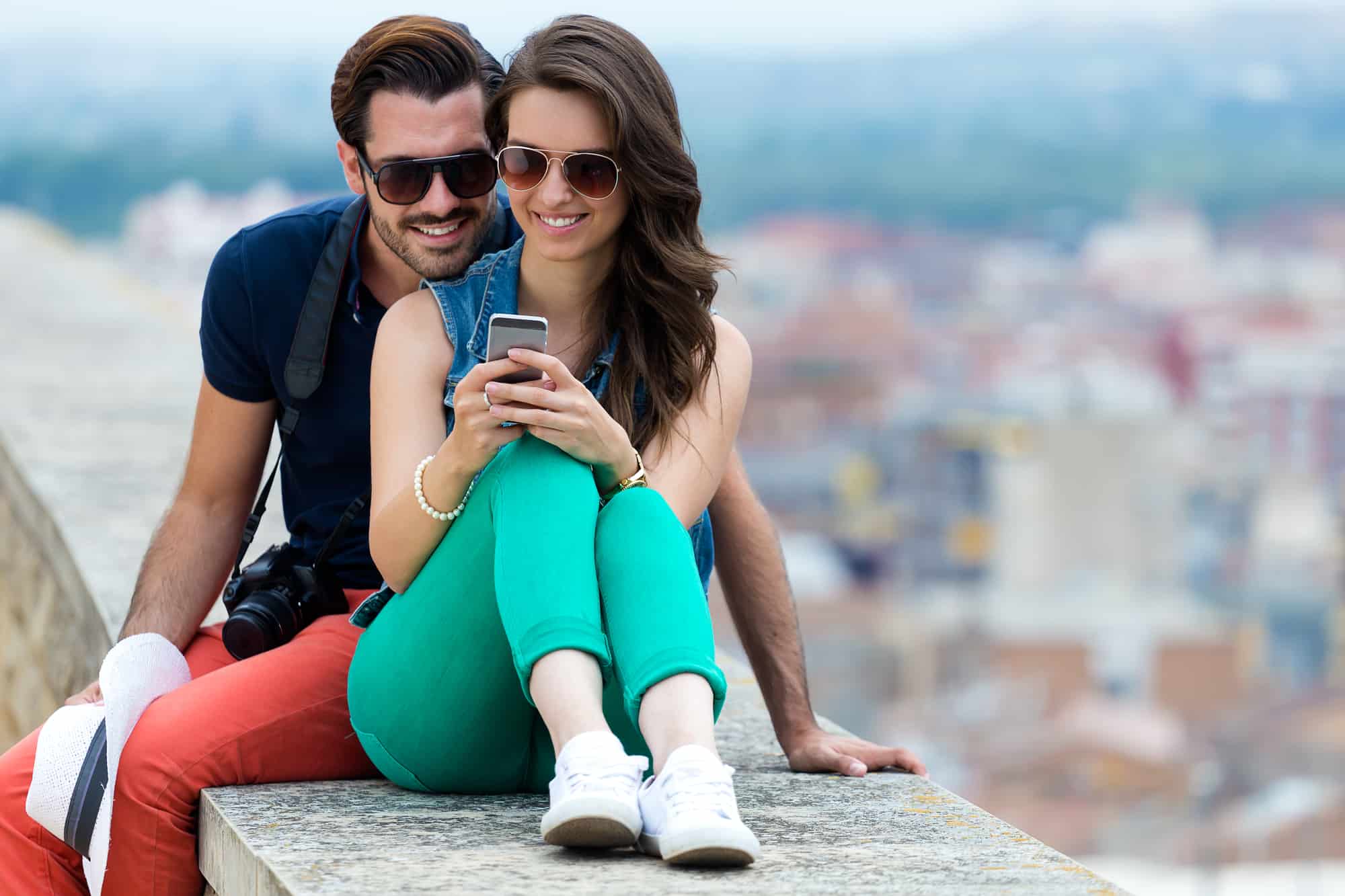 Picture a desolate freezing winter scene. A man is outside his home, chopping wood in the blistering cold while the temperature drops. He expects no praise, nor does he want to be lauded on his return. He’s just doing what every Capricorn man has done since the dawn of time – provide for his family.

That wintery scene represents a typical Capricorn man, except for a few additions. That home is more likely to be a mansion, but it won’t be ostentatious. Every penny a Capricorn man earns is through hard work and determination.

Your average Capricorn male wants security for his future. He is always looking and planning ahead. Capricorn does not desire material things the way Leo does to show off his wealth. It is his way of protecting those he loves. He’s creating a financial barrier against poverty.

Capricorn works hard now so that he can relax when he’s older and unable to work. That’s sensible and practical, and the great thing about Capricorns, in general, is that these old souls act younger as they get older. They have a kind of Benjamin Button persona going on.

So that’s what Capricorn men are like, but to find out why a Capricorn man will keep coming back to you, you have to understand what is important in his life.

What Is Important To A Capricorn Man?

There are not many signs in the Zodiac that value family as acutely as Capricorn. Perhaps Cancer, but Cancer needs a family to fulfill an emotional need. Capricorn men are confident on their own, but not in an arrogant Aries way, or a charming Gemini raconteur fashion.

Capricorns are undemanding in their relationships. They are rather like a cozy pair of slippers, warm and comfortable, always there by the fire, reliable and well-worn.

Once Capricorn men make a commitment it is for life. This is down to their ruling planet of Saturn in their star sign. The Saturnine influence brings unusually high standards to Capricorns.

Capricorns are not fans of change and excitement. This doesn’t make them boring to be around, in fact, they have the sharpest wit of all the star signs.

But you have to recognize where they are on the astrological scale. They represent Old Father Time. They signify knowledge and experience.

Remember, they’ve been there, done that, and thrown out the t-shirt decades ago. Now they want to settle down with the love of their life and grow old together.

If there is any star sign that likes to stick to a plan it is Capricorn. These guys are conservative by nature and don’t like taking risks. Again, I must emphasize Capricorn is not boring. Capricorn is a hard worker who puts his or her heart and soul into whatever project or relationship they are working on.

Their practical nature is ruled by Saturn, don't forget. Saturn is a disciplinarian and a hard taskmaster. But Saturn gives us limits and restrictions. Sure, you can rise to the top, you are the goat after all, just so long as you put in the necessary hours, and respect the rules and boundaries along the way.

Saturn takes a whopping 28 – 30 years to orbit the Zodiac, therefore patience and persistence are key lessons here. Stay on the path and you’ll be rewarded at the end. A tale the goat knows only too well.

So those are the reasons why a Capricorn man is likely to keep coming back, but what is it about you that he likes so much?

7 Reasons Why Does Capricorn Man Keep Coming Back To You

1. He believes you are worth the time and effort

Capricorns don’t like wasting time or money on bad projects or relationships. However, they also don’t like to throw away months or years of hard work for nothing.

If he feels there is a chance of saving the relationship he will try everything in his power to do just that. After all, Capricorns are nothing if not practical. Anything Capricorn puts time and effort into is an investment in their eyes. They will only walk away if they know for a fact their investment has no chance of succeeding.

There is a reason why the symbol for Capricorn is the goat – goat stands for Greatest Of All Time. Capricorns truly believe they are the greatest, and you know what? They usually are.

Imagine that intrepid goat, climbing the steepest rock face, not hesitating until it reaches the top. But it is not just about succeeding, Capricorns hate failure as equally as they love success. Their goal in life is to be the best at everything. Having a failed relationship looks bad so if they think you are worth the effort they’ll keep trying to fix it.

Capricorns don’t do excessive emotional displays of passion or drama. If you are the sort of woman that cries hysterically or creates a scene, you’ll have to wait until it has all died down.

Don’t think that you can throw your toys out of the pram and get a reaction from your Capricorn man. He’ll simply walk away, give you space and come back to you when you are being reasonable. Capricorns are dependable like that.

One explanation you might not want to hear is that he is lonely and just wants a familiar face in his life. Capricorns all over the world don’t like change, they prefer the familiar. So even a bad relationship is better than no relationship with those who don’t like being on their own.

Capricorns are prone to depression and can become quite miserly when left to wallow in their bad moods. They can resent the responsibilities placed on them which leads to bitterness and spiteful natures. These types need company to draw them out of their misery.

5. His family loves you

Family approval is of the utmost importance to a Capricorn man. To get the seal of support from close relatives is both a relief and a joy to this guy. Plus, to a Capricorn, reputation is everything.

So if the relationship ends he’s not only got some explaining to do, but he’s upsetting family members as well. That won’t sit well with them. It’s that sense of duty thing again. Capricorn men often think about others before themselves.

6. He sees long-term potential in you

Of course, it is never just about the Capricorn man, after all, he won’t keep coming back to you if he doesn’t see real potential in you as a girlfriend. The thing is, Capricorns never plunge into relationships impulsively in the first place.

So he was pretty sure about you right from the start. He always knew you had potential because like everything he does, he did his homework. Now he’s put the hard work in he’s not letting you go to waste.

7. He feels a sense of obligation

This Zodiac sign is consumed with responsibility and duty. If you have children together it won’t matter what his feelings are. His attitude will be to take care of the children.

My advice in this scenario would be to allow equal access and parenting rights. Initiate the conversation so any feeling of guilt he has isn’t a reason for him coming back to you.

Why does a Capricorn man keep coming back?

Once a Capricorn man has made a decision he stands by it. You’ll find that Capricorns tend to take their time over the important stuff. They’ll weigh up all the pros and cons. So if he is coming back it means he’s not sure the relationship is over. He still believes there is potential and he wants to give it another chance.

What does it mean when a guy keeps coming back to you?

There could be several reasons for this; one is that this is about lust, not love, and he is keeping you on the back burner until someone better comes along. Or you could be so intoxicating that he simply cannot leave you alone. There might be something magnetic about you that he finds exciting and this draws him back to you.

Will a Capricorn guy come back?

It all depends on the relationship and whether he thinks you have a chance of making it work. When Capricorns make their final decision after a break up there is nothing you can do to change their minds. This is one star sign that is used to the limitations placed on it by Saturn. Duty, responsibility, and restriction are their mantras.

How do you make a Capricorn man regret losing you?

You can’t, not if he was the one who decided to end the relationship. If the breakup was your doing you’ll have to work hard to get him back. Show him the evidence that you have changed, words will not be enough. Talk to him about plans for your future together and make him feel secure with you again.

Do Capricorns get back with exes?

Capricorn is one of the Zodiac signs that value security, are responsible, and don’t like change. They are not players and won’t mess you around. If a Capricorn man keeps coming back to you it must be because he sees something of interest and value in the relationship.