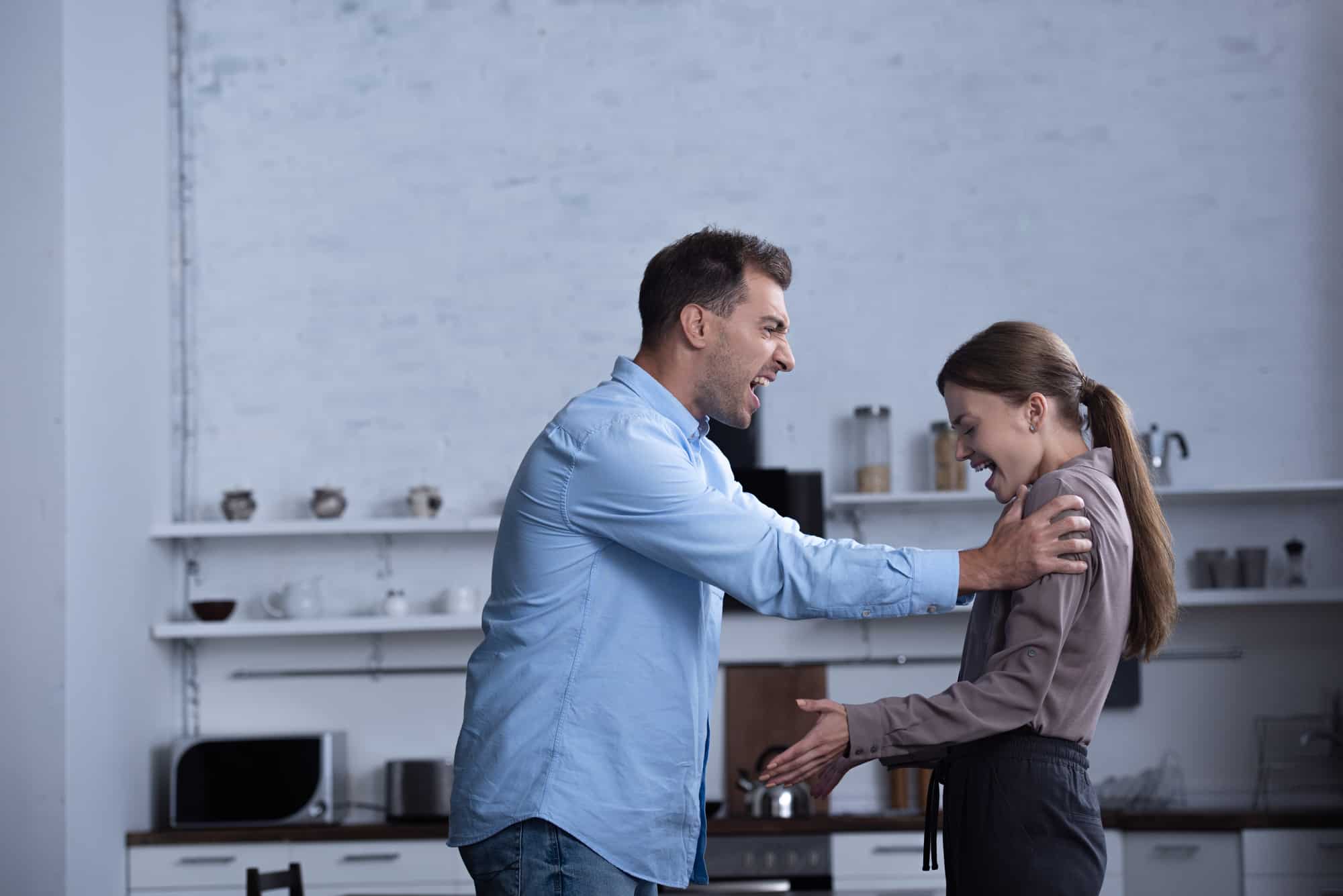 Signs Of An Unhealthy Relationship With Boyfriend

Not everything in our life goes on smoothly as we always wished. So does our relationship. Everything was sweet at the beginning, with him showering you with love and attention. As the time goes by, he gradually showed abusing behavior. Not physically, but he used his power to intimidate you. Let's face it, everyone has their own negative side, including your boyfriend. Those were warning signs of an unhealthy relationship with your boyfriend.

1. My Way Or The Highway

Couples got into fight often. Say it small matters or the more serious ones. You have to consider your partner's feeling by compromising with them. So, the fight will find a solution which is a win-win for both of you. A fight should make the bond between couples even stronger. He won't force you to agree and follow all his decisions without listening to yours. He insisted his way or the highway.

2. You Are Invisible When You're Not Around

He was about to going on a business trip for several days. He promised he would call right away after arrived. But instead of giving a call, he didn't contact you at all when he was away. When he came back, he didn't show any guilt of neglecting you before. You were there only when you were there.

3. He Didn't Give You Any Emotional Support

When we feel fear, anxious, or giving up, we would seek for support from our love ones. Sadly he didn't give a shit when you were down and told you that you were just acting silly. You end up seeking for support and comfort from other people.

4. He Tried To Cut Off Your Friends (Even Worse, Family)

He didn't like it when you are really close with your friends. Somehow he found the annoying and telling to to stay away from them. He might made up story of them being bad influence to you and tried to separate both of you.

5. He Asked You To Be By His Side All The Time

It's as if he really, really needed you a lot while in fact he's only want to dominate you. He wanted you to be always there all the time that you barely have time on your own. You were all wrong if you think this means he loves you that much.

6. He Simply Needs You, Not Love You

There were big difference between need and love. Someone who loves you will care about your feelings and put you before himself. Groundless jealousy and being possessive were not a sign of love. He just needed in you in some ways. There are many warning signs of an unhealthy relationship with your boyfriend, just you need to know.

An unhealthy relationships brought out the worst of a person instead of the best. All the negativity surrounding the journey of your love and they didn't get better. He didn't change to be a better person.

8. You Didn't Get Any Personal Growth

A supporting love in a healthy relationship would make both sides become a better person. What you got is the opposite. You only feel worse and worse by the day. You didn't improve as a human.

Other Signs Of A Sick Relationship

Here are more signs of an unhealthy relationship with your boyfriend:

How To Get Rid Of Unhealthy Relationship

If things didn't work out, don't stress yourself. There's no need to holding on for too long. Give it a break and stop seeing each other. It's a final solution if he seems to be no better as the time pass by.

Treat yourself well while he didn't. Go on a trip, visit places you've never been before. Free your body and mind, make them relax. You are the one who have to love yourself.

Just take it that you have finally free from the prison and about to start a new beginning. Have your cut short, take a walk in the morning, and do everything that makes you about to go to school for the first time after holiday.

4. Meet A Lot Of Friends

No medicine are better to heal any heartbreak than friends. Now that you have no one to tell where you will be going, meet a lot of your friends, including ones he didn't like you to hang out with.

5. Set A New Standard For The Relationship

After experiencing an unpleasant, unhealthy relationships, now it's time to set a new standard of how you wanted your next relationship to be. Do not repeat the same mistakes.

6. Keep In Mind Why You Broke Up With Him

Moving on was never easy. No matter how hateful he was, you once loved him. Days after break up were the hardest because you keep remember him. But remember why you leave him as well. This will soothe your heart a bit.

7. It's Okay If You Didn't Find Happiness Right Away

Some people expect to find happiness right after break up. When they didn't find one, they opted to go back to their previous relationship even if it's bad. Give it some time, let yourself find its own happiness. It may not be easy, but you'll eventually find the genuine happiness.

So, those are the signs of an unhealthy relationship with your boyfriend you need to know. If you are in one now, you have to think carefully whether to end it or get going with it. If you love him that much and didn't want to break up, talk about this with him. He would change if he loves you. But if he insisted and didn't acknowledge what he's done wrong, the just leave.

Michelle Devani
My name is Michelle Devani, and I've been helping people with their relationships since 2003. In 2017 I decided it was about time I started a blog on the topic, and since then more than 2 million people worldwide have read my relationship advice. Drop me a comment below to let me know what you think.
You May Also Like
Signs Of Incompatibility In Relationship With Your Partner
No Comments
Easy Ways To Make Him Go Crazy Over You Everyday
No Comments
Terrible Reasons Why You Should Never Date Your Professor
No Comments