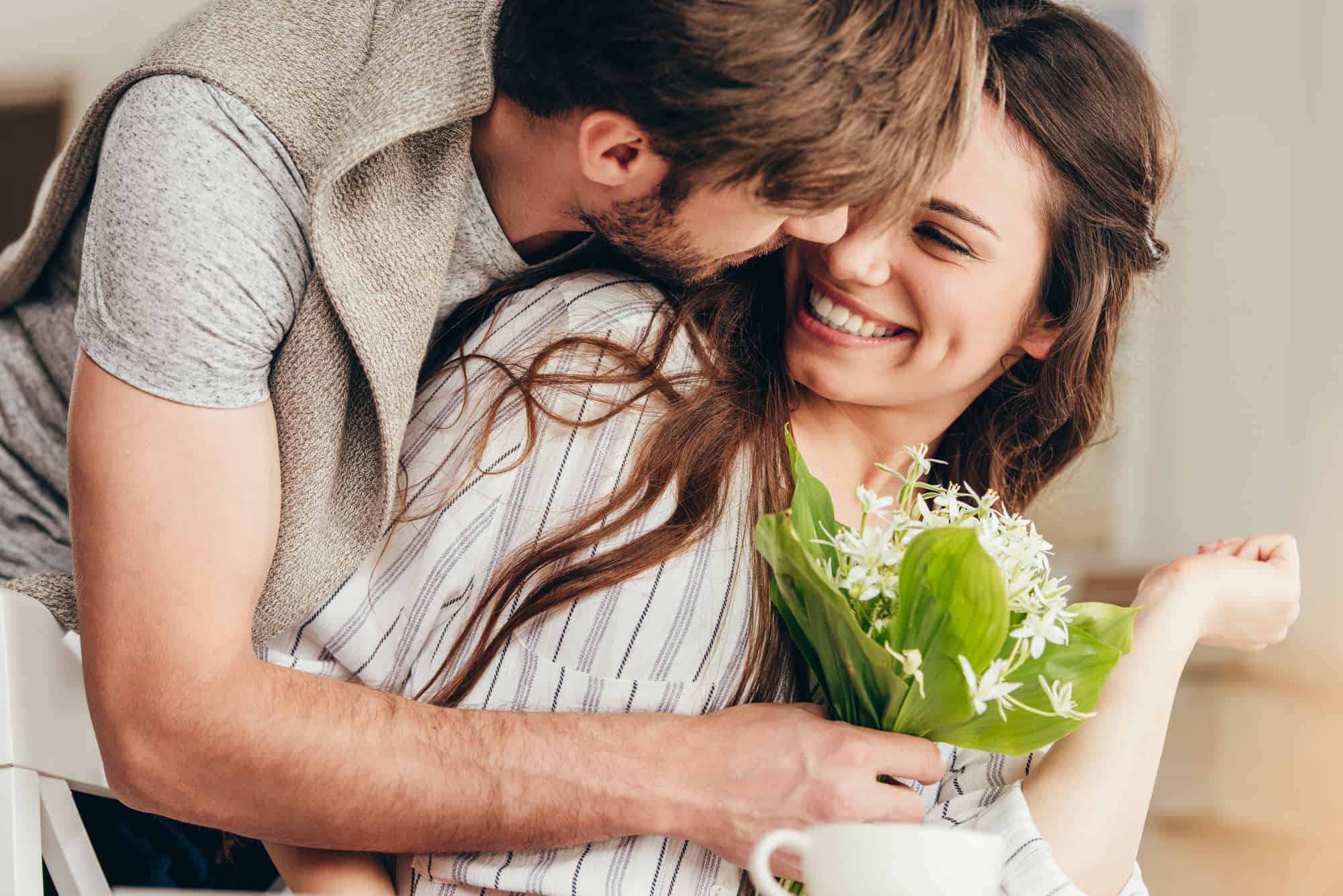 Love, love, love. Love drives us truly crazy. Daydreaming about our love, staying up late at night wondering what he’s doing. He, always he. He fills your mind endlessly, leaving nearly no place for other to lay a hand on you. Well, that’s just few ‘symptoms’ that a girl usually shows when they’re madly in love. It doesn’t stop there, love will push you to do something for the one you love, of course.

You might feel like saying how much you love your partner, since it’s overflowing. But, be careful, girls. Especially if it’s your first! It might freak you out, saying that you love someone isn’t that easy. You might need to know the right way and the perfect timing will make a big difference in that ‘I love you’ you say. But first, here are few reasons why you should say ‘I love you’ to your boyfriend:

Why Should You Say It?

It will be romantic when the guy say ‘I love you’, confessing in the sweetest way that will make your heart burst. But have you ever put yourself in your boyfriend ‘shoes’? Yes, he’s already yours, you’re his. But he might be wondering do you really love him after all this time, or maybe just need some validation of that love you have for him.  It’s still nice to hear how someone you love saying it out loud.

2. Communicate In A Sweet Way

Healthy relationship need communication. Communicate what it’s in your heart to him, let him know your feelings. It feels good how people communicate their deepest feeling to you.

You might want to read: Characteristic of A Healthy and An Unhealthy Relationship

Boy, just like girl, can also feel insecure in a relationship. Maybe they express it differently, maybe at times they can’t even express it. Letting him know that you love him will make him understand and at the same time, make him feel secure in the relationship.

Telling him how you love him will make him feel good himself, it will make him recognize you as the woman who I love and love me. When someone feel loved, they will turn it into action, they will keep you in mind and perhaps won’t feel lonely as well. Since there’s his girlfriend loving him dearly.

Just like how barista has their own timing to brew their coffee, your love life need a perfect timing. Saying love way too soon is a disaster, when on the other hand, being too slow or late isn’t good either. Not saying at all might make you regret it one day, when the chance has gone. Here are few signs that it’s the perfect time for you to say it:

1. You’re Sure About How You Feel

There are times when we might be thinking, do I really love him, or is it just comfortable feeling. You need to make sure that your feeling is true to make that 3 words meaningful and impactful.

2. You Know Your Relationship Is Ready

You can’t just babble around on your first date saying ‘I love you’, can you? Make sure both of you’re close enough and have been together for few times so that he won’t feel scared.

3. You’re Willing To Show It

Saying love just by words is easy, but saying it from your heart means you’re capable of loving this person as time goes by. You’re ready to show him that you meant what you say. That it’s not just nonsense.

Ways To Say It For The First Time

Every first time is something exciting, interesting, and you might feel nervous about it. You wouldn’t want to stutter while saying I love you, would you? Here are few ways to say and express your love that will make your boyfriend craves you more without scaring them off :

Best ways to tell your boyfriend you love him for the first time? Would you like to say it while having dinner together? Late at night when you’re about to end the call? Whatever your personal choice, you should be comfortable in that situation.

2. Say It When Both Of You’re In A Good Mood

Lookout for the circumstances, pick the best time when both of you’re chilling together, in private. Saying it to support him when he’s going through hardships or event will also be okay, though.

You might also read: Sweet Things to Say to Your Boyfriend When He's Depressed

Although it’s your first time, relax and be comfortable with you loved ones will build up the situation better.

If you’re planning to say it directly to him, you need to learn making eye contact with him. That way he will feel that love through your eyes, and he know his girl’s being serious.

We’re all dating different kind of person, be prepare if he’s giving you reaction that’s not so good or unexpected. He might need time, or maybe he’s just surprised. As long as you say what you really feel, it’s alright.

If you think saying I love you just like that is boring or lame, you might try to make something for him. Make a sweet scrapbook of ‘Reasons Why I Love You’ or any other day. Who knows he’ll be smiling in the middle of the night looking through the artwork you gave him?

8. Cook Something For Him

Boys love food, especially if the girl they love cook it for them. Cook something and arrange it nicely with hearts on it.

Pick a song that will express your feeling for him perfectly. Sing it casually while playing around, or just send him that voice note to flutter him.

More Tips On Saying I Love You

Here are the ways to tell your boyfriend you love him for the first time:

Yes, you love him so much. Saying it day and night will scare him off or maybe that words will turn out meaningless.

2. Say It After They Say It First

It’s not wrong to say it first, but at least make yourself sure that he’s also serious with you and  have feelings for you. Saying love too early when you’re the girl might scare him, or upset you yourself if he doesn’t really fond of you.

Here are few Signs Your Crush is Just Friendzoned You

3. Showing Is Better Than Telling

You need to tell, yes, but telling without showing will be meaningless.

Read also: Tips to Keep Your Man Happy in A Relationship

4. Say It In A Different Way

You don’t have to say that three words all the time. Spice it up or say it in another way that’s less obvious but will make him feel good. Saying things like, ‘I trust you’, ‘I feel safe when you’re around’, or ‘You inspire me’ are just few examples.

Love’s like a plant, you need to water it daily. You need to do it with love, take time and don’t rush. That way your love won’t only grow bigger, but also stronger over time.

Michelle Devani
My name is Michelle Devani, and I've been helping people with their relationships since 2003. In 2017 I decided it was about time I started a blog on the topic, and since then more than 2 million people worldwide have read my relationship advice. Drop me a comment below to let me know what you think.
You May Also Like
How Long Does It Take For An Ex To Miss You With No Contact Rule?
No Comments
Things You Should Know Before Dating A Med Student #Love Tips
No Comments
How To Tell If A Guy Wants To Kiss You At The Movies
No Comments