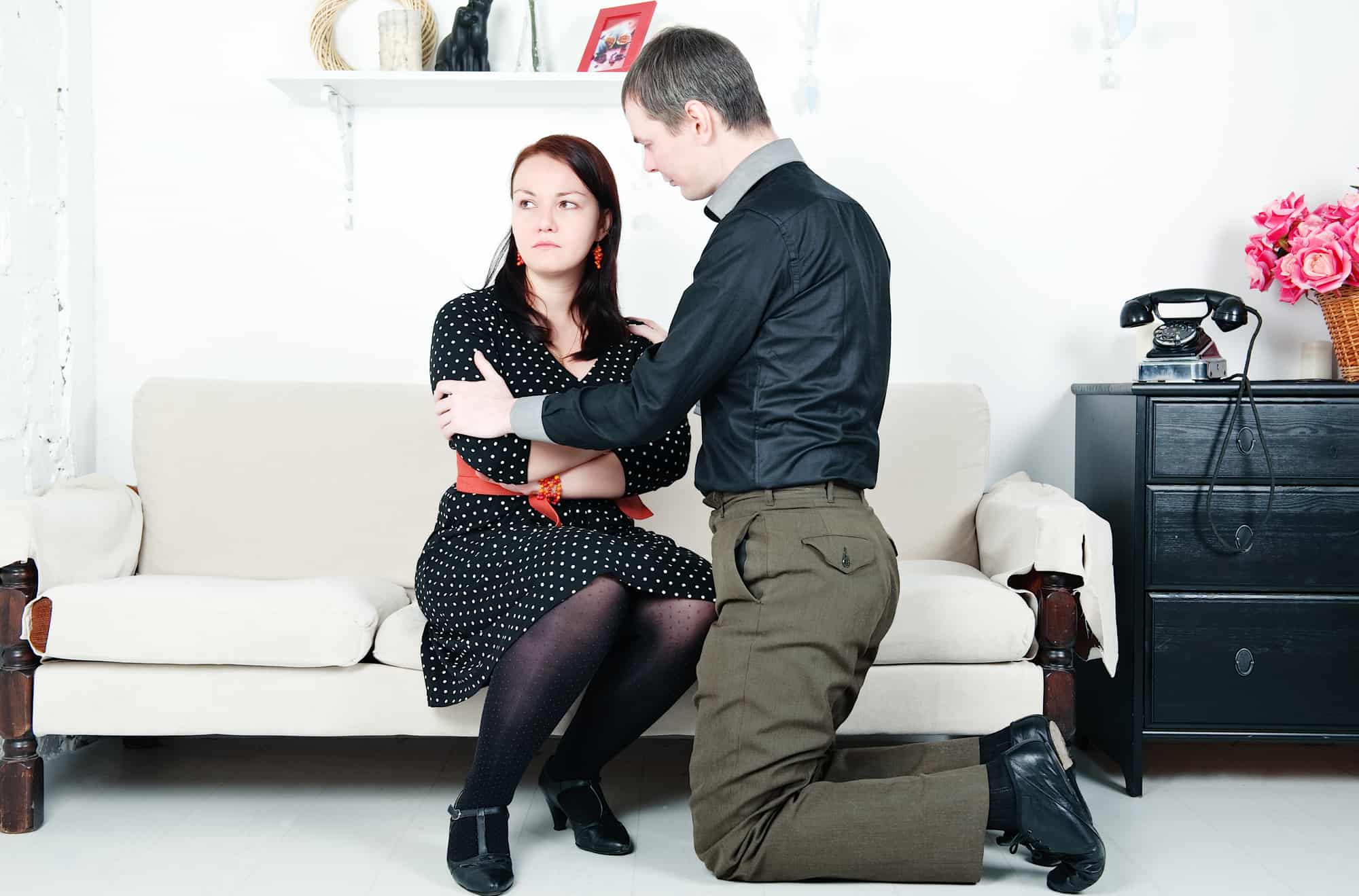 You met a guy and things are going pretty well. The connection is there and the feeling is right. Out of nowhere, he bails on you. You’re confused and hurt, trying to make sense of it all. But suddenly, he begins to contact you. Now you’re even more confused and overwhelmed with all sorts of emotions.

1. Ask Him The Reason Why

There must be a reason why this guy decided to abruptly lose touch with you. You keep asking yourself Why Do Guys Disappear for Days and What to Do to Deal With It. Once he comes back, immediately ask him.

Be cool, collected and calm when you question him. Being angry might discourage him to be honest with you. Staying calm is actually for your own good. You’ll hurt yourself less when you’re not too emotional over this.

When he tells you the reason behind his disappearance, take a moment to absorb it. Think through his reasoning. Is it logical? Is your gut telling you that he’s telling the truth? Another thing that you should consider is his body language. According to research, body language can say a lot about a person’s inner thoughts. When he’s talking, is he fidgeting? Is he making eye contact? All this will help you to know if he’s genuine or not.

3. Give Him A Second Chance

If you’re a big believer that everybody deserves a second chance, that’s exactly what you should do when a guy disappears and then comes back. Give him another opportunity to redeem himself. Who knows, maybe this time he’ll prove himself to you as the good guy. He might stay for good and won’t ghost you again. But you should also be aware that there’s always the risk he might disappear on you again.

When a guy disappears and then comes back, it’s important to set boundaries. These boundaries will protect you. You don’t want to get hurt again. Set some rules that you personally have to follow and he has to follow as well. For instance, you will not allow yourself to give him a third chance. Another ghosting and you’re done with him. As for the guy, he should always respect any decisions you make.

5. Tell Him How It Made You Feel

After you listened to his side of the story, now it’s time to let him know yours. Tell him how his disappearance has made you feel. Spill your heart out so that you can get your relief. If you keep it all inside, he’ll never truly knows the impact of his action.

Don’t ever let yourself pretend that what he did to you was okay. You need to make sure that he clearly knows that it was not cool as well. This may make him feel bad and discourage him from disappearing on you again. But most of all, you can also release all those bottled up feelings that you have. You can ask him Why Do Guys Ghost after Hooking Up if you're still in the dark about it.

7. Keep Your Guard Up

Always keep your guard up around him. You’re allowed to doubt his actions. You’re also allowed to think that there’s an ulterior motive in his intention. They’re all normal reactions. After all, he did disappear from you. It’s been proven that when you keep your guard up around a person that has hurt you before, you are more prepared for the unpredictable outcome. Yes, that's what to do when a guy disappears and then comes back.

In case you’re feeling petty and bitter about the whole thing, you can treat him the same way. Give him a taste of his own medicine. Make yourself unavailable to him as often as you can. When the right time comes, here's How to Tell Your Crush You Don't Like Him Anymore.

Another thing that you can do when a guy disappears and then comes back is to ignore him. Don’t respond whenever he’s trying to reach out to you. Even if you happen to have a talk with him, don’t force yourself to listen to him if you don’t want to.

10. Limit Your Interaction With Him

You can always choose to limit your interaction with him. Say, you can stay friendly with him but refuse his offer to hang out. As for What to Do When a Guy Texts You after a Long Time, reply in short and simple words. If he keeps pushing then cut off all contacts with him. You must not feel any responsibility to cater to his needs when he’s left you before. Especially when he has no good reason for it.

If you’re really hurt from what he did to you, then you are utterly free to let him go. You are under no obligation to keep a negative and toxic guy in your life. Don’t think for a second that you must forgive him. You don’t have to if you can’t. Sometimes the best thing to do is to let go.

Never blame yourself when a guy disappears and then comes back to you. It’s not your fault. Even if it is, then he should have been mature about it. He could have initiated a conversation instead of running away. The fact is, you don’t always have a control over someone else’s action. So you’re not at fault here.

13. Move On To Someone Else

For some of you, it can be a discouraging or embarrassing situation when a guy disappears. As for when he comes back, you’ll only feel worse. You may feel used and unimportant. It’s time that you realise that you’re not a toy he can play with.

Move on to someone else, someone better. Leave him behind and close that chapter in your life. Nobody deserves to be left with all that uncertainty in the first place. If you're happy with this thought then it's a Signs You are Ready for a New Relationship.

Don't always get carried away with how you feel when you're in this situation as that may do more harm than good. You may even have a third party to help you make the right move.

Michelle Devani
My name is Michelle Devani, and I've been helping people with their relationships since 2003. In 2017 I decided it was about time I started a blog on the topic, and since then more than 2 million people worldwide have read my relationship advice. Drop me a comment below to let me know what you think.
You May Also Like
Unknown Signs That A Sagittarius Guy Likes You
No Comments
My Boyfriend Got Another Girl Pregnant Before We Started Dating, What Should I Do?
No Comments
How To Surprise Your Boyfriend On His Birthday In A Long Distance Relationship
No Comments