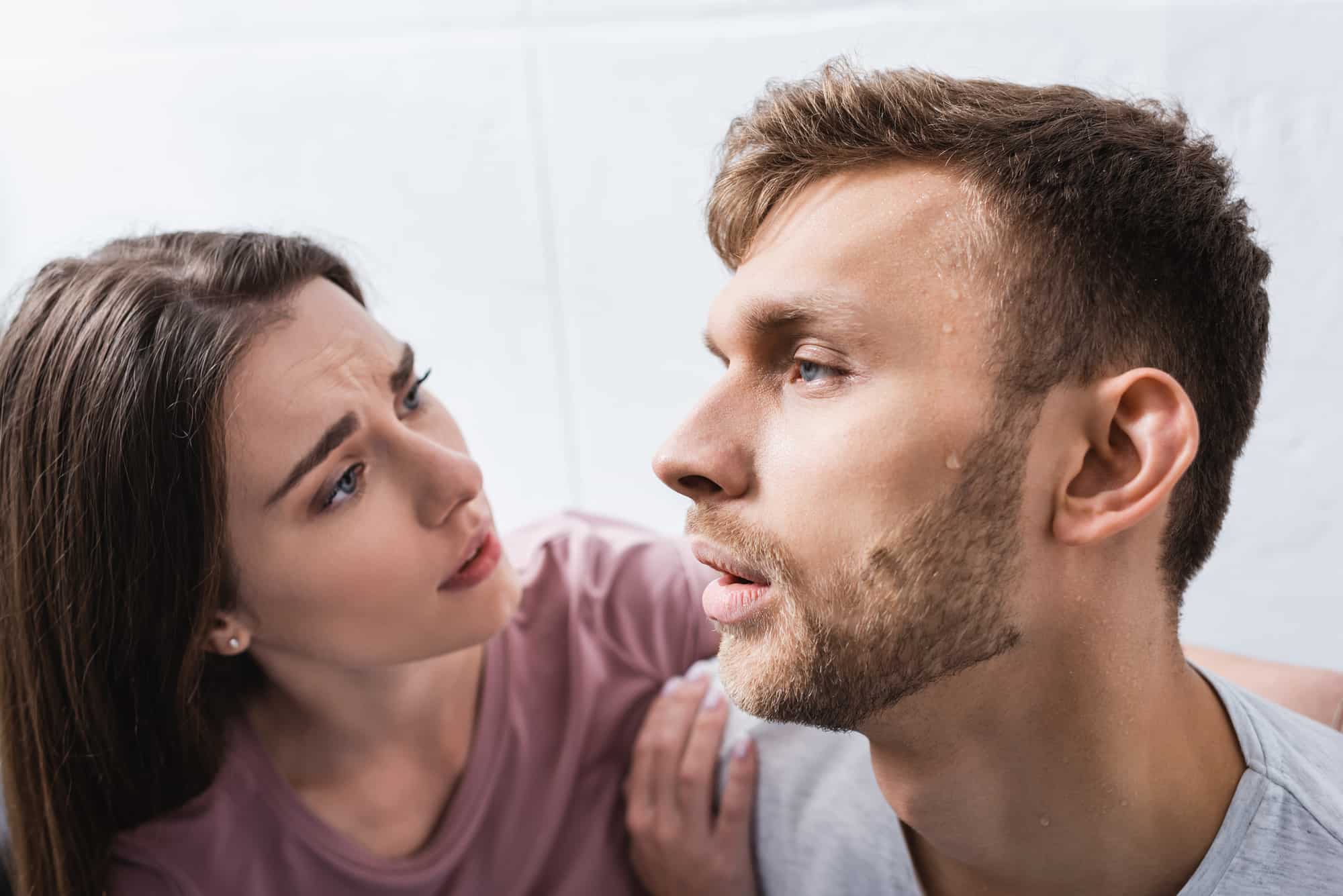 This is How to Deal with a Guy with Mood Swings

Guys often complain about how us, women, have severe mood swings and hard to deal with. Instead of woman, can you imagine what if it's a guy who's mood is unpredictable?

Sure, even guys can be cranky and they get irritated easily. There must be a good reason behind it: lack of sleep, hormonal change, or he simply had a bad day. While it’s normal for a guy to get moody at times, some have more frequent change of mood that it worse than average. You often find yourself walking on eggshells whenever you’re with this guy. You’re unable to read the situation and constantly left in wonder what may come next.

This guy can explode at any moment, with no prior warning. So, how to deal with a guy with mood swings? Just like someone who is ill, he can also be handled only if you know the right way. Here are some things you can do to make your mood swing guy a lot more bearable to with.

First time he’s annoyed, you’ll try your best to find out why. After some time become a punch bag whenever he’s angry, don’t bother to. Try you best not get affected by his bad mood that you think negatively about yourself. Remember that bad mood is part of himself, there’s nothing to do with you. Also read How to Deal with Unstable Girl?

Even a moody person don’t know what cause him to change his mood all of a sudden sometimes. Instead of being offended, approach him in a good way ad ask what’s really wrong he actually wants to talk it out but he doesn’t know how and to whom. Upon hearing the question, he’ll  realize that nothing is wrong so hopefully he’ll back on his mood soon.

There are people who is too stubborn to acknowledge their mistakes. If he insists on being aggressive to you despite nothing wrong, stop talking to him. The more you’re together, the more you’ll get hurt. It’s better to leave the situation. Wait until he calm down and talk things out. Also read How to Deal with a Girl Giving You The Silent Treatment?

4. Don’t Let It Change Your Mood Too

You can’t control someone else’s mood but you can manage yours. When you’re with someone whose mood suddenly change, you can become moody as well. It only makes things worse so you have to do your best to keep things under control. Don’t be angry in return, don’t express you anger. If you can’t take it anymore, simply disengage from the situation.

5. Remind Yourself About His Mood Swings

Just like how his bad mood suddenly comes, it won’t stay that long. It’s another good ways how to deal with a guy with mood swings. Everything is only temporary, including when his mood hits rock bottom. He’ll calm down quickly after he gets back in his sense again. Keep things on perspective. You don’t have to keep up with his emotion. Just let him be. Also read Things You Should Know Before You Date Someone with Depression

6. Be a Good Listener

All everyone needs is a good listener. Easy to say, hard to do. Especially when the one you’re listening to is lashing out his emotion to you. As long as he doesn’t show any abusive behavior, just listen to everything he says. Pay attention to it but don’t take it personally. Maintain eye contact and nod at certain times. Don’t blame him for his bad mood.

7. Let Him Know That He’s Heard

Don’t think that someone with mood swings doesn’t aware of his condition. In fact, he understands that he’s being irrational, that’s why he gets back to normal as soon as he realizes it. During the bad mood, let him know that you’re there to hear him. Let him express his feeling as much as he wants. Don’t show him that you’re stressed by his behavior. Also read Things You Should Know Before Dating A Med Student

Everyone with mood issue realize that things may gone wild when their mood is down. There are times when they are unable to keep things under control and lashing out everything to you. He often show abusive behavior, yelling out at you, and initiating a heated arguments. If this happens, give him some space. Let him be alone and make yourself happy during those times.

9. Distract Him from His Current Emotion

If he’s still under control and willing to be helped, distract him for the current emotion. You know that he’s only upset for nothing, so you can offer to talk about something else. Distance his mind from his bad mood by doing other activities like watching movies. When he has his mind focus on something else, he’ll forget about his mood swing. Also read Why You Should Never Date a Mama's Boy

10. Set Boundaries When He’s Calmed Down

It’s impossible to keep up with him all the time. Especially when you’re in a romantic relationship, his mood swings may become the core problems that damage it. After he’s calmed down, have a deep talk regarding that matter. You must tell him that he can’t always lash out on you every time. Just because he has mood issue, doesn’t mean he can do everything he wants.

11. Remind Him About the Agreement

Setting boundaries is a difficult process. It will be violated at first, but you have to be persistent. Every time he steps beyond it, remind him that you have agreed about the boundaries. Be flexible as it may have to be adjusted.

Doing the ways how to deal with a guy with mood swings is hard, but if you love that person, help him to be better. But don’t forget that you have to love yourself before everything else. If he only hurt you, walk away before it’s too late.

Michelle Devani
My name is Michelle Devani, and I've been helping people with their relationships since 2003. In 2017 I decided it was about time I started a blog on the topic, and since then more than 2 million people worldwide have read my relationship advice. Drop me a comment below to let me know what you think.
You May Also Like
30 Romantic Ways To Make A Country Boy Fall In Love With You
No Comments
Reasons Why Dating an Older Man Is Awesome and Challenging
No Comments
Warning Signs Of A Bad Boyfriend Material
No Comments