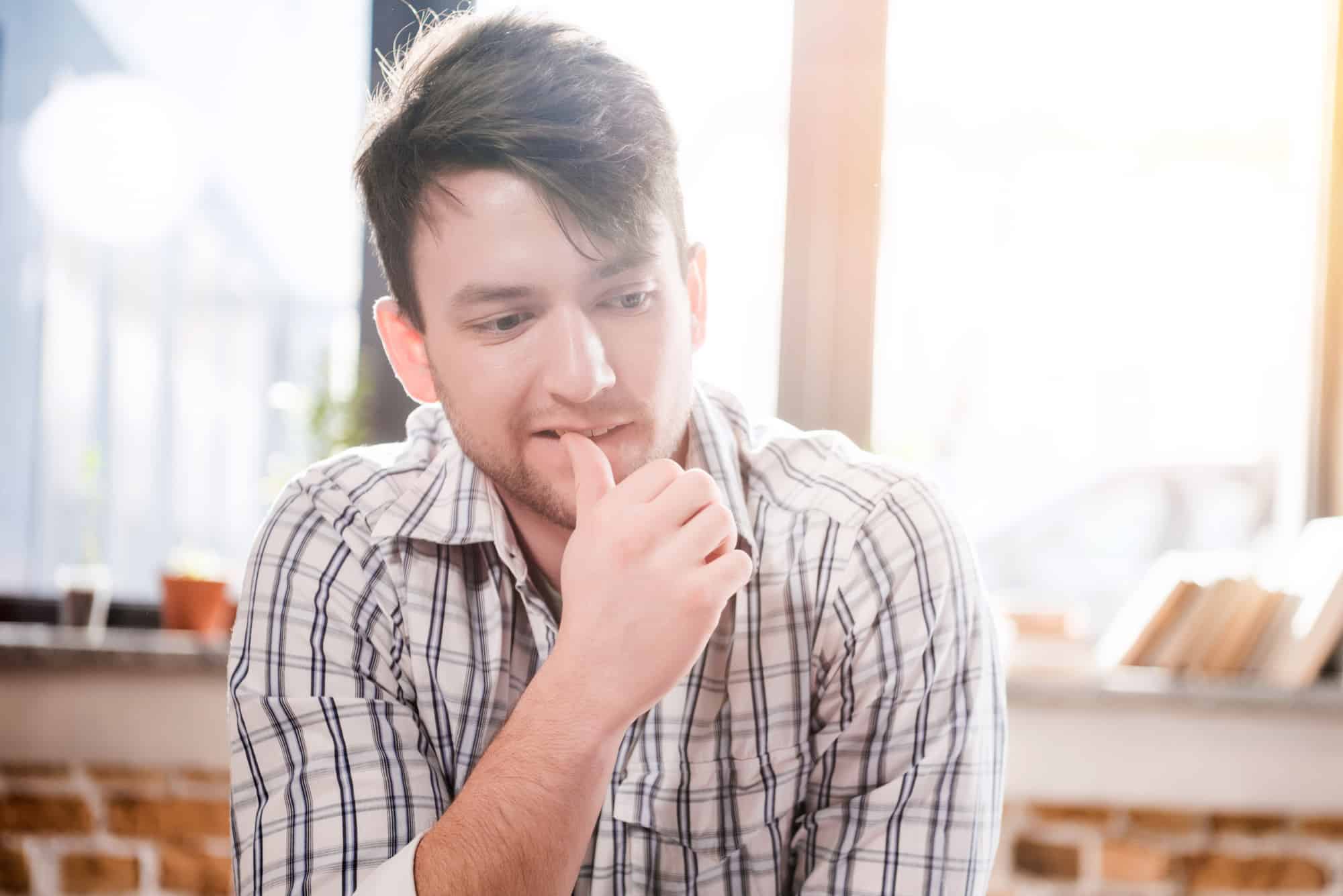 I’m Straight But I Have A Crush On A Guy – Is It Normal?

So you are straight and you always have been. You dated women, you like them, and your sexual orientation has never changed a bit. Until someday you find yourself fanboying over – none other than – a guy!

You keep thinking “I’m straight but I have a crush on a guy, am I normal?” Hmm, hmm. You are perfectly normal baby. You should know that it’s called a man crush and, yes, it’s normal.

Crushing on another guy while you are normal yourself is not a sin nor defining your sexuality. Which means, you are not becoming a gay by crushing a man.

Also read: Is It Normal to Have a Man Crush?

Is It Normal For A Straight Man To Have Crush On Another Man?

Nothing to worry about because it’s just normal. Nothing wrong is going on with you so you can just relax and listen to the explanation. Crush is someone that you really adore and he can be anyone. You may have major crush to Robert Downey Jr., Tom Brady, Roger Federer, Cristiano Ronaldo, etc. or your crush is simply your own dad!

Whoever he is, you see him as a cooler person and he has something you adore. It’s just like Beyoncé is every women’s girl crush. And liking her doesn’t make a woman lesbian, right? There’s actually nothing to be shied about having a man crush. But typically a guy’s pride wouldn’t let him to think that anyone is above him. Not even Brad Pitt!

Why Did You Develop A Man’s Crush

The reasons may vary for a person to another, but we have general suggestion that might cause a guy to have a man crush. Not all of them is true, anyway…

Also read: How to Tell If Your Gay Friend Has A Crush On You

1. You Wish You Were Him

So we have said that a man crush is someone you look up to. There must be a period in your life where you wish you were him. You wish you were as popular as him, equally cool, equally, sexy, equally smart, etc.

You even wish you look like him. Well, if you can’t be them you wish at least you can hang out with them.

2. You Are Amazed By Their Charm

Who can resist Adam Levine or Leo Di Caprio? Every woman in the world will be willing to get their knees just to spend the night with them. As a man yourself, who doesn’t want to be surrounded by whoever the woman you like? That is why you develop crush at him, because even though they didn’t do anything, the already win the heart of every women alive.

Also read: How to Talk to Your Crush If You are a Gay and He's Straight

3. They Are Too Cool To Be True

Now let’s left out the celebrity world and getting real with your “I’m straight but I have crush on a guy” thing. Sometimes you can’t help but thinking that a some guys are too cool for this world they can freeze the summer. The way they talk, the way the treat girls, the way the walk or move… everything.

You think you are the polar opposite of those things and you see it in one of your schoolmates or workmates. Which left you nothing but develop crush on him.

Also read: Quotes About Having A Crush on Someone You Should Not

What Should You Do About It?

Having a crush is nothing to be embarrassed about. If your pride lets you, why don’t you let everyone know that you like him? Well, not sexually of course. And for a man, having a man crush is actually a positive influence.

Take all the good things from them to motivate you to be a better person. For example, you’ve been a fan of Cristiano Ronaldo since, like, 15 years ago. You know how great he becomes now and what lessons you can take from him.

Also read: Quotes About Your Crush Liking Your Best Friend

He is such a hard-worker. Even though he has an equally great nemesis – Lionel Messi – he never backed up. He work even harder to show the world that he is the best. And as a bonus, he gets to fly around the world using private jet, spending the hot summer tanning on his luxury yacht, not to mention the house he lives in. Another big bonus: is there any woman who doesn’t want to be with him?

If you like him, you should be inspired by how hard he worked to make him dream come true.

Now let the “I’m straight but I have a crush on a guy” thought fly off of your mind because you finally understand that it’s okay. If you have a man crush, please share what you do about it in the comment section below.

Michelle Devani
My name is Michelle Devani, and I've been helping people with their relationships since 2003. In 2017 I decided it was about time I started a blog on the topic, and since then more than 2 million people worldwide have read my relationship advice. Drop me a comment below to let me know what you think.
You May Also Like
Do Girls Like Guys Who Crossdress - An Explanation
No Comments
7 Hurtful Signs Capricorn Man Is Not Interested with You
No Comments
What To Say To Boyfriend Who Is Depressed To Feel Okay Again
No Comments