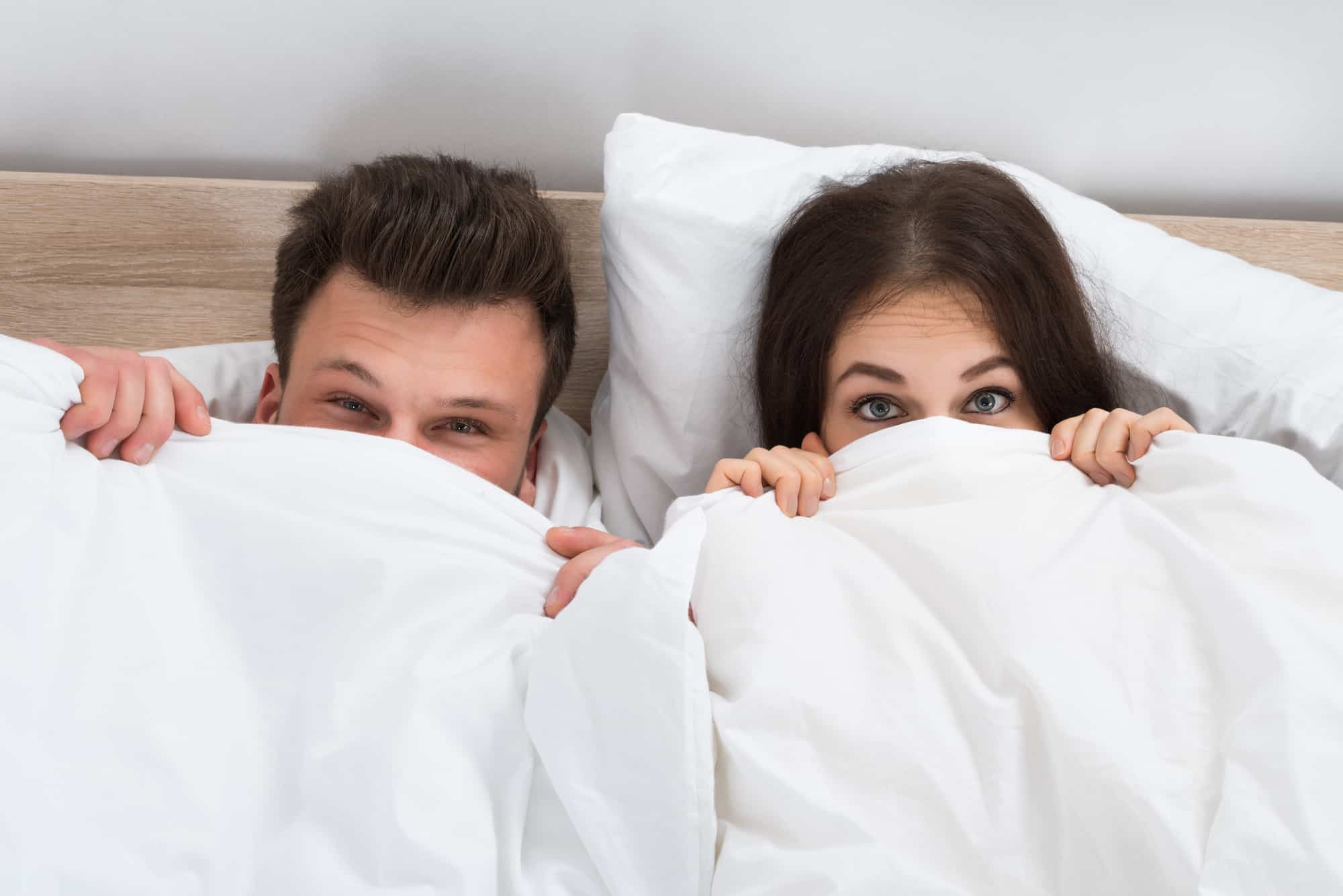 When To Sleep With Him For The First Time Ever?

So you’re dating this new guy. When love is blooming, you want to be with him all the time. And if a guy is left with a girl alone for a long time, you should know what’s next, right? Sex. Unless you’re British, you have to get through some “invisible” or “unofficial” steps before you get to bed together. But if you are the type who doesn’t mind having sex early, this is not necessary.

But exactly when to sleep with him for the first time? There are two kinds of questions: the short one is whenever you feel right and the long one would be dependent. On what? Many things. There is no absolute answer to the question but there are some common thoughts regarding that matter.

1. Wait Until The Third Date

Going on a first date is not a guarantee for the second one. A guy could easily run away after a first date. If a first date is too far, a guy can leave whenever he wants. So why do you have to give him the pleasure if all he has in mind is to leave you afterward? Many people did looking for a girl just because they want to have sex. That’s all.

Also read: What Does It Mean When Your Boyfriend Doesn't Want to Sleep with You

But doing it on the third date is not an absolute rule to be followed. If you don’t feel right to do it, you don’t have to.

If you like someone, liking them is liking them. You won’t care whether you have slept together by the third date or not. In fact, you’re more interested in knowing each other better than sleeping together. A man who is turned off because of something you did in bed won’t last that long with you.

Among people who are in for sex, many look for deep and serious love. Before you sleep with a guy, figure out on which side are you. Do you really want to sleep with this guy? What is exactly you want from your relationship? Have this talk within yourself so that you can be sure about what you want.

Also read: Reasons Why Your Boyfriend Doesn't Want to Sleep with You

If a man doesn’t make a relationship official after more than three dates, you have to really questioned what he wants. He could be wanting to sleep with you only and leave after he gets what he wants. So the win-win solution for you is to wait until your relationship official. You can tell him about him. Let him know what kind of a woman you are.

Don’t give yourself in easily for a new guy no matter how crazy you are for him. If you have sex without being in a relationship, he can go to another woman and sleep with them or leaving you just like that after the first sex. Every woman wants to be exclusive to a man. The only way to have it is by officially dating.

Also read: Reasons Why You Should Date a Virgin

6. Until The Day Of The Marriage

This applied to a religious person. Nobody would deny that sex is the biggest part of a relationship and there are always two opinions: risking it all until the marriage or give it away in the middle of dating. It’s okay to wait until the big day but you have to face the possibility that your partner might suck in bed.

7. Right On The First Date

Here is another alternative on when to sleep with him for the first time: right on the first date. It’s a very British thing but you can do this as well. Having sex is your full authority so nobody else could define the best time to have it. Some people looking for someone new because of a good reason. If you just move into a new city or getting over a breakup, sex can be the best remedy.

Also read: Do They Want A Relationship or Are You Just A Hookup

But remember that anything can happen after the first date. The worst is he might never call you again. Rather than the first date, it’s kind of like a hookup.

As said before, nobody can tell you when is the exact right time to have sex with a new guy. It’s all on you so you go decide. Nobody knows yourself better than you, so you should likely be the one who knows when to do it right. Just be sure of what you’re looking for and that you really want it that way.

No pressure on sleeping with a guy, really. You can always say no if you feel like this guy only wants sex from you. It’s okay if you are looking for true love in someone and don’t need the urge for sex.

Also read: Reasons Why Living with Your Boyfriend Won't Lead to Marriage

You know that you’ll never find the answer to when to sleep with him for the first time. It’s all in you. You can decide whenever you want to sleep with a guy, you can wait as long as you want. Don’t let anything else affect your way of thinking.

Michelle Devani
My name is Michelle Devani, and I've been helping people with their relationships since 2003. In 2017 I decided it was about time I started a blog on the topic, and since then more than 2 million people worldwide have read my relationship advice. Drop me a comment below to let me know what you think.
You May Also Like
My Girlfriend Wants To Talk On The Phone Every Night, It's Annoying?
No Comments
Signs That Someone Is In Love With You Secretly
No Comments
7 First Date Conversation Ideas To Make Your Date Attracted To You
No Comments