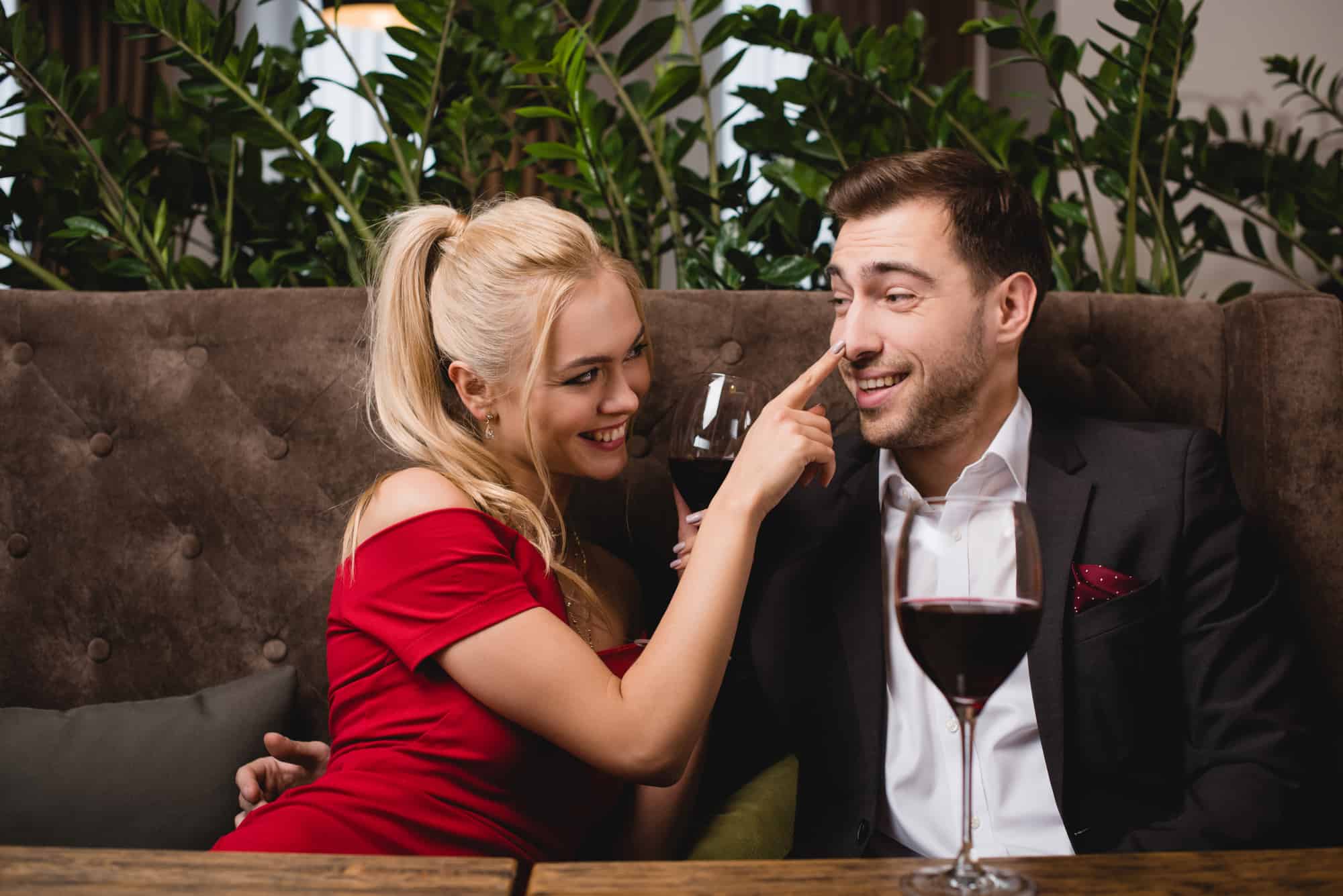 How To Get What You Want From A Man Without Asking

A woman can be dangerous if she wants to. She can do magic beyond logic to put her man under the spell and giving her all she wants. Even though she can say anything she wants to him, woman prefer to send codes and gestures so that he will give her anything without her having to ask.

How To Get What You Want from A Man Without Asking

Not every man easily give a woman what they want. So if you want your man to give you what you want without you have to ask, all you have to do is become a good girl for the time being. Put any necessary act such as flirting, buttering him up, and kiss him. The more important thing is you should avoid any kind of conflict. Try not to start a fight, throwing arguments to shed tears.

Here are exactly how to get what you want from a man without asking.

1. Be Sweet And Innocent

The "damsel in distress" role never failed a man. He likes to feel like a hero who save you and become really proud of it. Put on a sweetest face you have, bat your eyelashes several times, and widen your pupils. He's going to fall in easily into your trap.

2. Give Everything He Likes

Win your man's heart by giving everything he likes. You can't gain anything unless you give something. Give all the things he likes: his favorite foods, the stuffs he wants, and other things he's been hinting. Not only he'll give you anything you want, it's also an useful tips to keep your man happy in a relationship.

3. Give Him The Credit

Fly him up to the sky by giving all the credits to him. Even though it's not, let's say that everything was his idea and tell it to your friends and family. It is how you let him win, and he's perfectly aware of it. Later on, he knows that he should let you win too.

Facial expressions only won't work if you don't put a sweet voice alongside it. Talk to him in a very, very nice way you can. When you're good to him, it makes him feel good so that he can easily grant any of your wish. Any guy won't say no to a sweety voice of yours.

5. Make Him Feel Good All Day

Well, you're asking a favor to him and you want to get everything you want from him. For him to do so, you've got to make him feel good at the first place. You can try all the sweetest things to text your boyfriend that will make him smile. Buttering him up will clearly lift his mood up so that he'll easily give it up on you.

6. Give A Long, Passionate Kiss

Other than words, you can make him feels good by a romantic action. Give him a long, passionate kiss is how to get what you want from a man without asking him. He will really be appreciate it. Learn all the ways to kiss your boyfriend that will drive him crazy before it.

If you want to have something, you should give away something before. So you want your man to get you something you want, give him what he wants first. Let him have his time hanging out with his friends (which you rarely give him permission to) and you can ask something in return later. Take and give should exist in a relationship.

8. Get Straight To The Point

You might be trying all your best to give your man hint about what you want so that you'll get it without having to ask. But one thing you must remember is that he is not a mind reader. Sometimes he could get clueless about your signs. Just like how you clearly do the ways to tell your boyfriend that you feel unappreciated, you need to get straight to the point about what you want.

Well, you don't have to ask him to give it to you. But he will know you want it once you say it.

You are the one who want something and your man is going to give it. Don't sound too demanding by using the word "you". It's like you put all the burden and blame in him. No man will like it. Instead, use "I" in your words. Tell him "I'm so lucky to have you" or "I love you" so much.

10. Try Flirting With Him

Flirting is the strongest point of a woman and being flirted in the biggest weakness of a man. You can always take advantage from this to get anything you want. Flirt to your man in the sexiest and sweetest way possible to pocket his heart. There are many ways to flirt without coming on too strong for a tip.

Right timing is the key to get everything you want from a man. You've been dropping hints all the time but why didn't your man aware of it? It could be that you do it in the wrong time. He won't listen to you when he's just arrive from work and tired. Talk to him when he's relax or over dinner so that he could understand what you want.

Now that you think about it, turns out there are many ways how to get what you want from a man without asking. But you shouldn't be too childish when your man can't read the sign well. Don't make a big deal out of it. Instead, clearly say what you want so that he can give it to you right away.

Michelle Devani
My name is Michelle Devani, and I've been helping people with their relationships since 2003. In 2017 I decided it was about time I started a blog on the topic, and since then more than 2 million people worldwide have read my relationship advice. Drop me a comment below to let me know what you think.
You May Also Like
Top 10 Best Dating App In Japan For Foreigners
No Comments
Why Do I Miss My Ex After 9 Months? (The Real Things You Miss)
No Comments
How Long Does It Take to Get Over A 7 Month Long Relationship?
No Comments