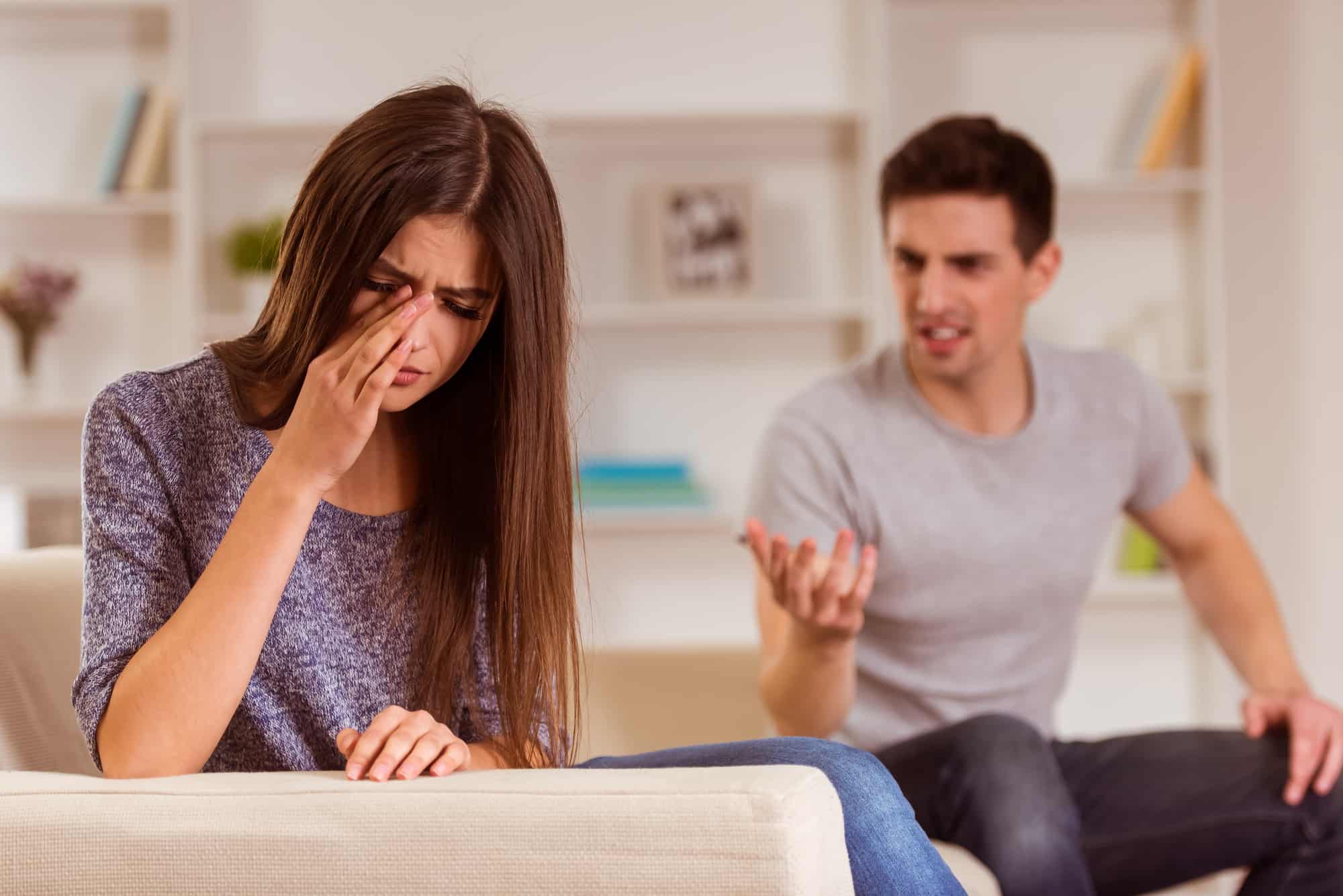 It's natural for anyone in a relationship to fight about something. But when the fight gets serious and she's suddenly crying because of something you did or said, then it's time to take two steps back and think where you did wrong and how to fix it.

As far as the stereotype goes, women tend to cry more often than men and are more expressive about their feelings. Not all women may be as open about their feelings, especially after a fight, so it's better if she's crying so you know crystal clear that she's upset (if you're oblivious and want to learn to read your girlfriend's mind.)

However, if your girlfriend is someone who is generally easily upset, then there are other ways to deal with a girl who is upset about everything.

So what do you do when your girlfriend is crying because of you? Here are the steps you can take:

Before surrendering and going straight up to her to apologize, realize what you did wrong. Reflect on yourself. Think about what you may have said or done that upset her so much that she's crying. There may also be other factors that contributed to the time bomb that allowed it to explode like stress from work or peers, or even personal family problems that she didn't tell you.

Comfort her and apologize for what you did once you've realized what you did wrong. Don't make it into a you situation though. You can explain your point of view or side of the argument, but don't suddenly make this about you. It's also better to let her come around rather than have you push her to talk to you. Wait until she's calmed down a bit so you can both think rationally to avoid another argument.

The key to any healthy relationship is always good communication. Listen to her side, let her explain why she feels upset at what you did or said and why she cried. At this point you two should be thinking rationally and talking with clear heads, so let her speak the truth. Don't be mad or offended and let her finish. Whatever she says may just be something you've been avoiding to hear the whole time.

This is much different form comforting her. Allow her to let all her feelings out. Letting her tears out can be a relief for her, especially if she's been suppressing her feelings this entire time. She could've been bottling up her feelings for a really long time and had just been able to release it now, so just let her cry as much as she needs to even if it makes you uncomfortable.

Sometimes silence is better for both parties, and if you know that whatever you say can just make her even more upset, use nonverbal comforting techniques. Offer her a tissue, sit by her side until she's stopped crying and calmed down, rub her back comfortingly. You don't always have to say anything to comfort someone.

If she says that she needs some space, then let her be. Understand where she's coming from. If she doesn't contact you for a few days then it's fine as long as you've talked to her about the situation so that she at least knows that you've acknowledged the situation. Be sure to check in on her at least a week after the argument to make sure that you both are still okay (Also read: How to Get An Aquarius Woman to Stop Ignoring You.) Don't be selfish and just think about the relationship though, because you need to remember that there are two parties in the relationship, not just one.

In times like these, just remember to reflect on yourself and realize what you may have done or said to make your girlfriend cry. Don't panic or immediately lash out and get angry at her for crying, because she may have a perfectly good reason to cry.

If she's a keeper though, then you'll go far and beyond the tips in this article and you'll know what's right for the both of you. The Wife Material Signs - The Future Girl You Should Marry can help you decide the best steps to take if she is crying because of you, and at the same time you can find out if you're really in love or if you're just infatuated with her.

Michelle Devani
My name is Michelle Devani, and I've been helping people with their relationships since 2003. In 2017 I decided it was about time I started a blog on the topic, and since then more than 2 million people worldwide have read my relationship advice. Drop me a comment below to let me know what you think.
You May Also Like
Reasons Why Dating A Marathi Girl Is Awesome - Lovable And Cute
No Comments
6 Ways On How To End Date In The First Date In A Proper Way
No Comments
Why Do I Get Upset When My Boyfriend Goes Out With His Friends? (7 Possible Reasons Why)
No Comments