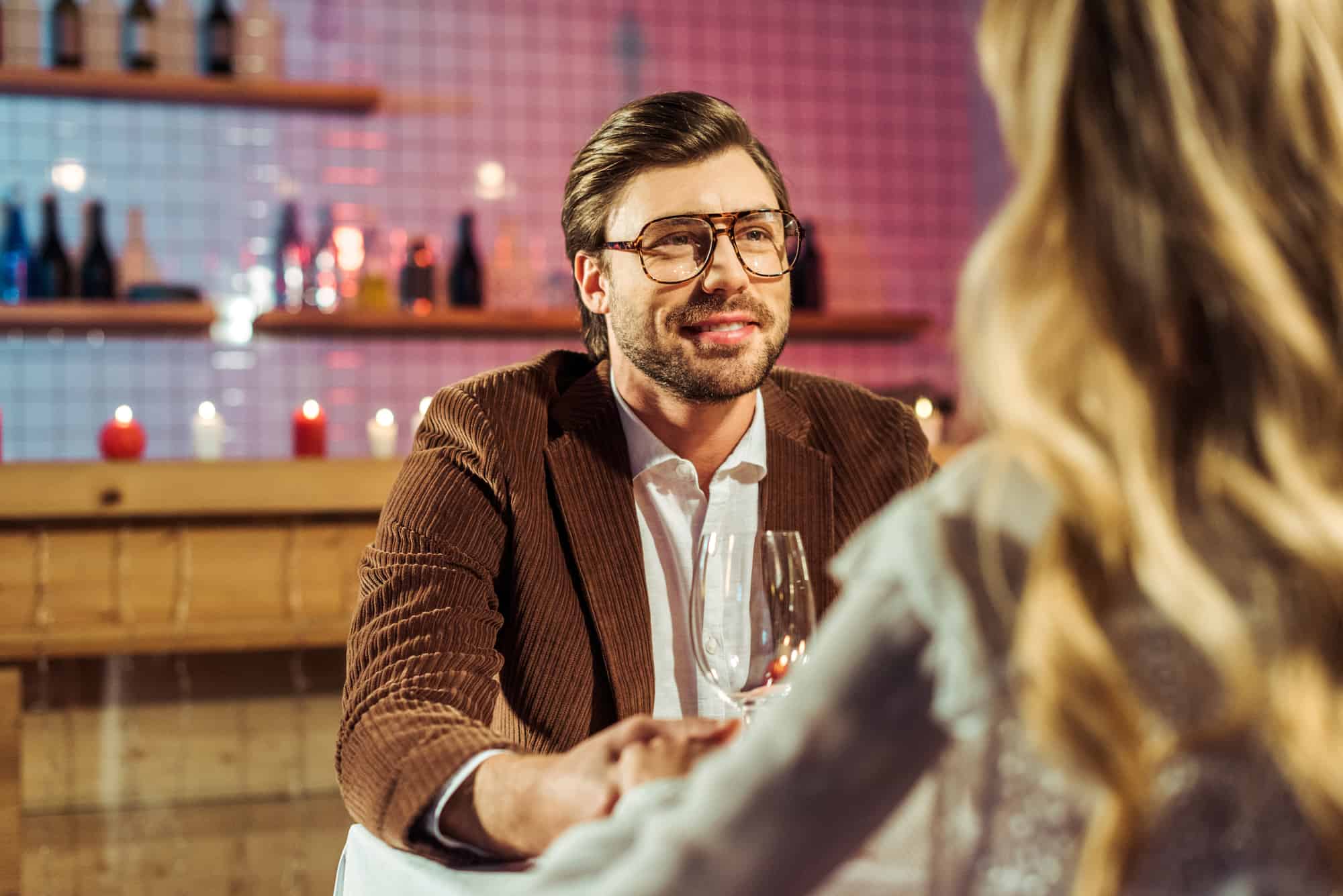 20 Reasons Why You Should Date A Man With A Beard

Women nowadays love man with beards. However, beard is not a new trend. Men had been growing their beard ever since the beginning of the Earth. It has a quite long, long history. Among the clean undercut styles, beard has made a grand comeback. Rather than make them looks gross and dirty, beard gives off a manly vibes and bad boy feels in a good way.

And for you women, open up your eyes because here are the reasons why you should date a man with a beard:

Nobody denies that any man with beard looks manly and sexier. Some girls like manly beast rather than pretty boys. Imagine how strong he must be with all those facial hair.

The gentleman starting pack are: tux and beard. His beard will make him looks really good when he's all dressed up in a suit. And as his woman, your confidence level would shot up all the way.

3. It's More Fun When You Kiss

When you lock lips with him, his beard gives a particular but pleasing ticklish sensation to your face. Before you know it, your movements becomes more aggressive towards him.

4. They Won't Be Freezing In Cold

Beard works like a sweater to your man's face. On the cold weather, you don't have to make him wearing facial masks because he already has one! Freezing cold is not really his thing.

There is a scientific proof for this, according to a result from a study conducted by the University of Southern Queensland, that beard blocks about 90 to 95 percent of UV rays, reducing the risks of skin cancer and slowing the aging process.

6. You'll Find It Fun To Stroke

Men like to be touched and stroke by their woman. Seeing his beard reminds you of the little puppy you used to have, and you can't resist the temptation to stroke it!

Seeing men with beard will fly your imagination that he was a bad boy. Behind his clothes you wished to see a series of tattoos. Well, woman likes bad boy anyway.

A man with beard looks mature and older than he actually is. It's not a bad thing because woman prefer someone older to protect her. The image of a man with beard gives off a dependable feeling.

9. It Makes Them Sexy And Mysterious

There are always something sexy and mysterious behind the beard of a man. A lot of things are seem to be ready to unleashed, just like how a lion stay calm while watching it prey.

When a bearded man deep in thoughts, he tend to absentmindedly stroke his beard. Wait, didn't you seeing it wrong? Are you sure he's not Dumbledore? Because he looks just as wise as he was!

11. They Seem To Be Ready For Commitment

If he can keep the commitment of keep growing his beard and not to cut it, he'll be the same with you. He take a good care of himself, so look for the Signs He's Thinking of a Future with You.

Beard cannot be grown overnight. It take months, even years to grow beard to such shape. You can see how much of a patience he has to wait for his beard to grow. Clearly he's not someone who did things in a rush and harshly.

Man with beard shows a stream of manliness that even men would respect. In his presence, other man feels pressure and small over the facial hair.

Some men love to dress and shape their beard. You can do it to him as well! Dress his beard up with everything you like. Maybe a heart shape will make you happy!

Beard is timeless. A man from the beginning of the world until a modern man of today are all growing beard. It is classic, classy, and never gets old. Just like a fine wine that got refined as it got older.

16. Obviously He's Not A Pretty Boy

Just like the Reasons You Should Date a Nerd, a man with beard looks more dependable and manly than a man with a skinny and smooth face. He's surely the adventurous type who will make you fell for.

17. They Are More Understanding

Because of the mature and manly feel gives off by the beard, man would be carried away by it. The become more understanding, easy to talk to, and of course a good listener as well. You can ask for advice on How to Get Rid of Bad Feelings Towards Someone.

18. A Man With Beard Is Independent

He must be someone with no Signs That Your Boyfriend is Not Over His Baby Mama. A man with beard is an independent and dependable man who makes many girls easily crushed with him.

19. They Reminds You Of Your Dad

Most women sets their dad as a standard for a man. When he showed up with a clean cut beard and fresh smells from his perfume, suddenly you are a 10 year old girl looking at the younger version of your dad. Isn't it sweet?

20. Even Simple Clothes Makes Him Trendy

Imagine you are walking with a boyfriend in faded jeans, rugged boots, and V-neck white T-shirt. A country man of the century. All the girls eyes will pierce you in jealousy.

So those are many reasons why you should date a man with a beard. After going down the long list, is there any reasons for you not to date them?

Michelle Devani
My name is Michelle Devani, and I've been helping people with their relationships since 2003. In 2017 I decided it was about time I started a blog on the topic, and since then more than 2 million people worldwide have read my relationship advice. Drop me a comment below to let me know what you think.
You May Also Like
11 Reasons Why You Should Date An Asian (No.4 Is Lovely)
No Comments
27 Real Reasons Why You Should Date a Girl with Natural Hair
No Comments
Don't Say These Things to Virgo or You Will Lose Him!
No Comments