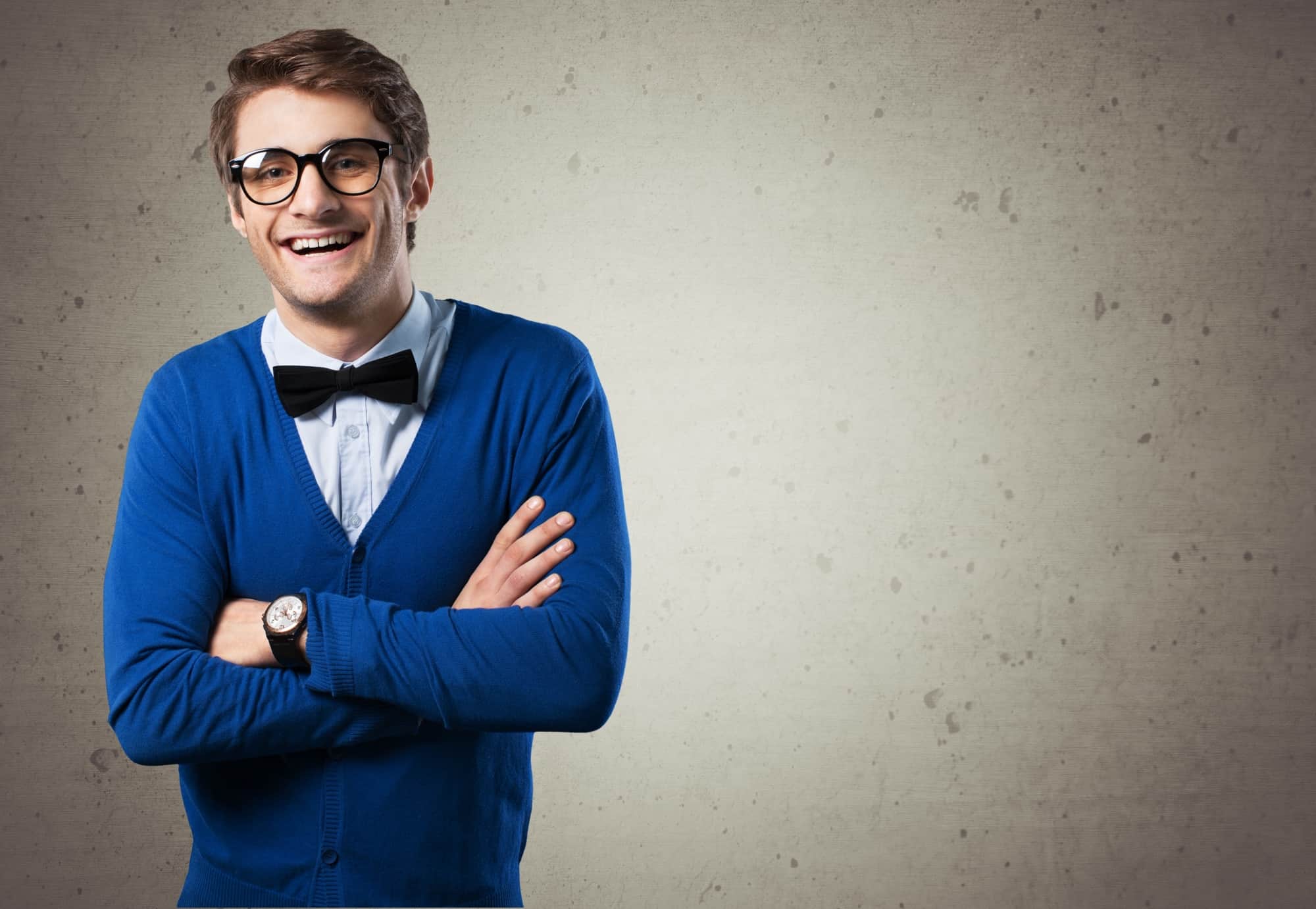 Cool Reasons Why You Should Date A Nerd #Love Tips

These days, nerds no longer have the negative connotation they had a few years ago. In fact, many people are starting to find nerds attractive. There’s a cute nerd you’ve been eyeing and you might be wondering if you should go for it. Well, there are plenty of reasons you should date a nerd. You might also be interested in the Reasons Why You Should Date a Soccer Player or the Reason Why You Should Date a Black Girl.

Here Are Just Some, Out Of The Many Reasons You Should Date A Nerd

Oh sure, they play video games, but one of the reasons you should date a nerd is that they don’t play games in a relationship. Unlike most other guys (or girls) out there, nerds won’t play games with you. They’ll say I love you when they mean it, but won’t if they don’t.

On a similar note, nerds take their relationships very seriously. They know that love isn’t something to scoff at, so they won’t treat their partners as mere chess pieces.

Nerds love solving problems and won’t usually mind staying up late to work out the solution to a problem. If your relationship ever faces trouble, rest assured they won’t leave things unsolved.

Most nerds value loyalty above anything else. They know loyalty, like respect, to someone has to be gained. They’re less likely to cheat on you and break your heart.

5. They Won’t Take You For Granted

This might be a mere stereotype, but most nerds weren’t popular in high school. They weren’t the type to look for summer flings and one-night-stands. The fact that you’ve shown interest in them may somehow seem incredible to them. They won’t take you for granted!

6. They Are Great Conversationalists

It’s a common known fact that nerds are into lots of cool stuff. It’s only natural that they have countless interesting topics up their sleeves, so it’s practically impossible to run out of things to talk about in a conversation!

7. They Have A Great Sense Of Humor

This one speaks for itself. Nerds know their jokes and puns; they tell the best inside jokes and laugh genuinely more often than not.

8. They Enjoy Staying In

A lot of people, when it comes to spending the day with their partners, prefer going out –be it to pubs, restaurants or the cinema. But nerds actually enjoy staying in. Some takeout, popcorn and a good show from Netflix, your date is good as ever!

We can’t go through this list without mentioning nerds’ unquestionable intelligence. Not all of them may have Einsten’s IQ, but they love their books for a reason. Most nerds have knowledge in an array of subjects, and who doesn’t want to cuddle a kind know-it-all? This is also a Reasons Why You Should Date an Asian.

10. And Can Fix Your Computer Problems!

Nerds know about computers and wirings and technology. If your iPhone screen freezes or your computer crashes, you’ll realize how having a nerd partner have its perks!

Not only are they humble in appearance, but in general too. They’d most likely think little of themselves than brag their skills around. Tell a nerd they’re cute and look at their blushing cheek.

12. They Give Meaningful Gifts

Nerds won’t shower you expensive gifts –though they might at times, and lavish brands. They don’t believe in materialism. Instead, their presents for you will more often be thoughtful ones. A custom-made playlist or tickets to your favorite band’s concert, they make sure you’ll remember it forever!

You may be terrified to gain an extra pound for that one cheeseburger on Sunday, and don’t wear sweatpants when your partner’s coming over. But nerds know how superficial those things are. They love for who you are, whether you’re in a red dress or pajamas; wearing makeup or not.

14. They Don’t Live To Impress

A lot of people admire nerds for their lack of need to prove themselves to anyone. Nerds live for themselves and though they might work to maintain reputation, they won’t kill themselves to get anyone’s approval. Nerds are sincere and genuine in the way they bring themselves, and this seeps into the way they love too!

Nerds in general have had their fair share of criticisms, and know better than anyone not to judge a book by its cover. Whatever your physical appearance may be or however your actions may dictate your personality, nerds won’t judge you until they truly get to know you themselves! This is also the Reasons Why You Should Date a Girl Who Reads.

They know if you’re feeling down without you having to tell them. They’re also particularly gifted at making other people feel better.

Most nerds are romantic at heart, whether they admit it or not. You’ll be surprised at the gestures they can make for people they actually love!

You’ll argue that a lot of nerds are not physically attractive, but that’s only true because they don’t take the time to care for their outer appearances. With a bit of makeover and styling, they can quickly turn into a hottie.

You know you’ll be sincerely and completely loved when you date a nerd. When nerds are invested in a game or TV show, they dedicate their days to it. This means they’ll give you their everything should they fall in love with you!

Don’t make assumptions about them – everyone is unique in their own ways, even nerds. Despite online lists (including this one!) about nerds, try not to approach them with an unjustified presumption about them. Be open-minded!

1. Find Out What They’re Into

Maybe ask around or approach the, straightaway. Learn where their interests lie and make the effort to show you can care about those things too!

2. Keep In Touch Through Social Media

Many nerds love the internet. After a face-to-face conversation with them, tell them you’d like to keep in touch and ask for their Twitter or Facebook. They’ll appreciate it and know that you might be a keeper!

Nerds are exceptionally good at seeing through made-up personas. Be genuine and don’t try to fake you interests just to suit theirs.

So, after reading these reasons, are you convinced that nerds are more than society make them seem? Do you think that dating a nerd will suit you? In addition, you might want to know How to Make A Guy Crush On You.

Michelle Devani
My name is Michelle Devani, and I've been helping people with their relationships since 2003. In 2017 I decided it was about time I started a blog on the topic, and since then more than 2 million people worldwide have read my relationship advice. Drop me a comment below to let me know what you think.
You May Also Like
Why Do Aquarius Like Being Alone?
No Comments
13 Reasons Why Cancer Man Disappears On You When You Are High In Love With Him
No Comments
Funny Ways To Ask For A Number On Tinder
No Comments