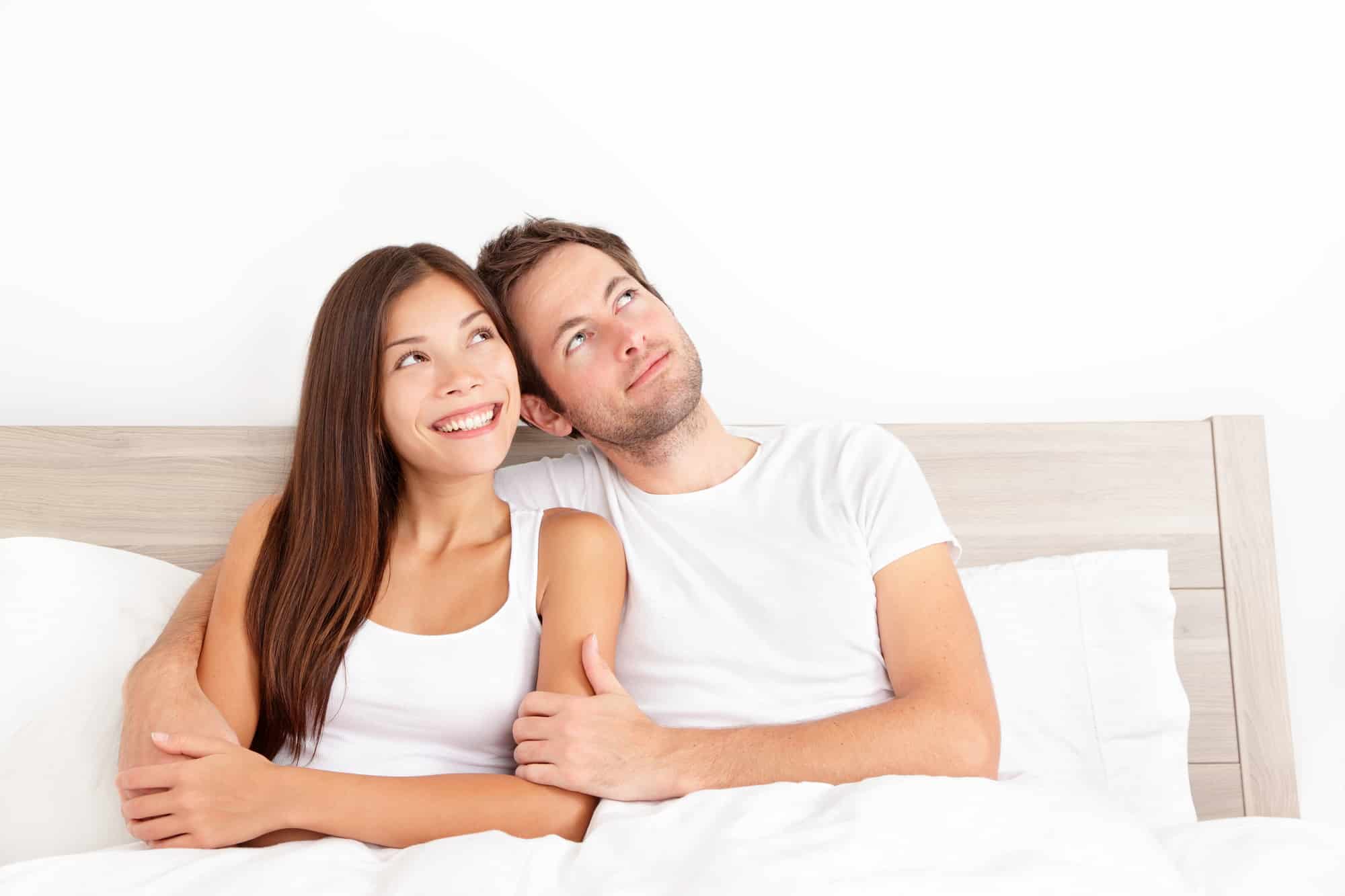 Real Signs He's Thinking Of A Future With You

So everything is going well with him. He shows the Husband Material Signs. But how do you know if he actually wants to spend forever with you? What are the signs he’s thinking of a future with you? Perhaps it drives you crazy just wondering about it: is he only here for the fun of it?

Watch out for these fourteen signs he’s thinking of a future with you!

Of course, a lot of people refer to these plural pronouns, but you can tell if he means it in a certain way. He's says “we” as if it’s always meant you and him and “ours” for things that mere friends don’t usually share.

He buys you your favorite books and albums, showers you with roses, pays your meals and maybe even take you for spa days sometimes. In short, he pampers you. This is one signs he’s thinking of a future with you as he’s actively trying to make you happy and enjoy being with him. Because forever is a long time.

Or at least he tries to show some interest in your hobbies and passion. If he’s thinking of a future with you, he’s aware of the things that you’ll enjoy doing. Why not as well have fun while following you pursue your interests?

4. He Shares Things With You

You share assets together, like computer gadgets, office knickknacks or even household items. If he allows himself to share these things with you, he has probably considered some kind of a more permanent arrangement…

5. He Worries About You

He’s not just protective, which is a signs he is fighting his feelings for you, he genuinely worries about you. About your career, your friends, the dingy neighborhood you hang out in and even the opportunities you have. It’s because these long-term choices will affect him in the long run, especially if he’s thought of a future together.

6. Your Opinion Matters To Him

A guy cares what people think of him only when the person matters. More often than not, he cares what you think because he wants to know if your thoughts can coexist with his own. After all, you are going to share a future together.

7. He Talks About The Future

This one is basically him dropping the hints for you. If he brings up matters relating to the future, he’s probably implying his desire to spend it with you. This is especially true if he does it often.

8. He Asks How You See Your Future

Now this is a step up from the previous sign. Not only does he want you to know how he sees his future, he wants to know how you do. It’s also a way for him to find out if your sense of an ideal future matches his own. And if he’s willing to be a part of it.

9. He Hints About Having Children

He doesn’t necessarily need to say that he wants to have children with you. But if he’s comfortable enough to discuss about being a father around you, then you already have a special hold of his heart!

10. He Spends Time With People You Care About

He may not always get along with them, but at least he shows he’s willing to try. If he has signs he’s thinking of a future with you, he might as well try to hang out with the people you love. Your friends or your family, you name it.

11. He Introduces You To His Friends

It’s not enough that he meets your beloved; now you have to know all of his friends. If he’s introduced you to his friends, it’s a pretty good sign that he wants you to be a permanent part of his life!

12. His Friends Are Married

Talk about peer pressure. If most of his friends are married, it’s safe to bet that he wants to join non-single club too. Especially if you’ve been with him for quite some time, then he’s seriously considering you. There are also more signs that he is dead serious about you.

After his friends, it’s important that you also meet his family. He knows that one day they might be part your own family too, so why not break the ice?

14. He Incorporates You Into His Life

He’s probably serious about a future with you if it becomes second nature that he incorporates you into his life. He invites you to occasions and celebrates important milestones with you. It’s like you’re already family. Maybe soon he’ll tie the knot! Who knows about the Signs that Your Boyfriend is Going to Propose Soon!

More Signs He’s Thinking Of A Future With You:

1. His Family Loves You

His family genuinely loves you and supports your relationship with him.

He doesn’t want you to get hurt or be in any kind of danger. If you do, he knows he’ll feel responsible.

For some, living together with your significant other may be reserved only for after marriage, but it’s a different case for others. If you’re part of these “others”, it’s also a sign that he’s considered a future with you!

He puts him complete trust in you for all sorts of different stuff.

5. He Cares About Your Life Choices

They matter to him as they do to you, because some choices are life-long, and he has to deal with how they affect you.

Talk about raising a living thing together, feeding it and taking care of it. Being the parents of it, so to speak

7. He Tells You About His Dream House And Life

Maybe he’s just saying, or maybe he wants to know if you agree with his ideals.

Tips On What To Do If He’s Thinking Of A Future With You:

1. Show Him Your Love

Not only will it be a gesture of appreciation, it may even cause him to tie the knot sooner than he plans: you already show the wife material signs.

2. Show Him Your Gratitude

Don’t just tell him you appreciate his actions, show it to him! You can do this by paying him back: try to dabble in his interests, spend time with his friends and that you’re grateful for all he’s done for you.

3. Tell Him What You Feel

Be honest with him. Whether or not you want, or are ready, to have a future with him, tell him! It may sound tough at first, but it’s better not to hide your emotions from him. He’ll certainly be grateful if you’re open with him!

It doesn’t matter if you do or not want a future with him, return his hints all the same. If you’d like to spend forever with him, don’t act like you couldn’t care less. Likewise, don’t swoon all over him if you don’t plan to say yes when he gives you that ring. It’s advisable not to give him the opposite signs of your real feelings!

So, now you know the signs he’s thinking of a future with you! Do you notice him showing any of these signs? If you haven’t been paying attention, look for them the next time you see him. Maybe then you’ll finally know for sure if he’s your forever man…

Michelle Devani
My name is Michelle Devani, and I've been helping people with their relationships since 2003. In 2017 I decided it was about time I started a blog on the topic, and since then more than 2 million people worldwide have read my relationship advice. Drop me a comment below to let me know what you think.
You May Also Like
Signs A Gemini Woman Is Jealous With You And Conflicts Small Things Sometimes
No Comments
Why Guys Ghost Then Come Back (11 Reasons Why He Disappears)
No Comments
30 Ultimate Tips for Dating a Woman Older than You
No Comments