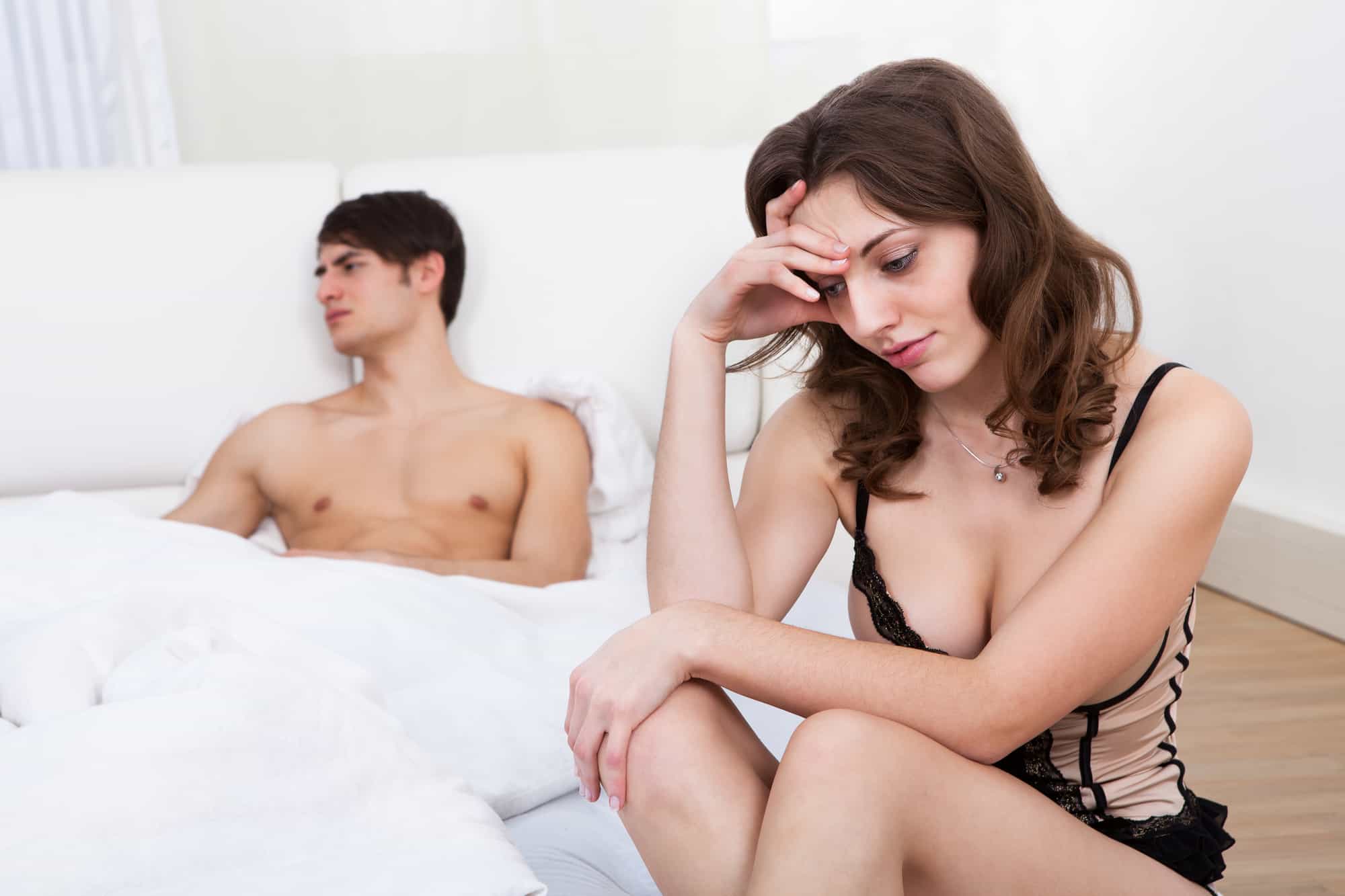 How To Tell Your Man He's Bad In Bed Subtly

It such bliss that we are living in the era of the internet that we can easily search for tips to make our sex life healthy and satisfying. But have you ever ask yourself why did you look up to it? It’s none other but you feel that your sex life is terrible, or your man is terrible. What should you do about it?

The only choice to tell him but it’s actually not what you’re worried about. You’re more concerned about how should you tell him? It’s not like you ask him to eat steak for dinner. He could end up hurt and embarrassed if you do it the wrong way. There’s always an answer to every question.

Here comes the various ways how to tell your man he’s bad in bed. You can pick one that most suitable for your personality.

Communicating what you want is always the best way. You can ask him right away while you’re doing it. Tell him to slow down when he’s too fast. If you don’t like a particular move, suggest him to do something else. You can also tell him the way you want it to be done. By talking it out, he’ll know your style and preference which resulted in improved sex life.

Also read: Why Does My Boyfriend Don't Want to Sleep with Me Anymore?

When you have difficulties with how to say it, you can disguise it behind a complement. Instead of complaining about his performance, you can throw a positive reinforcement that he has done well. In the end, you suggest he try on something new instead of refraining from the previous.

3. Talk About It Over Breakfast

You can talk about sex everywhere and every time, including over breakfast after you had the night. While you’re not having sex, you can talk about what you want and what you don’t want specifically. Try not to offend him in anyway.

Well, you’re not alone. When you seem to meet a dead end, remember that you can count on your friends. It’s okay to talk about sex life with each other, right? You can ask for her opinion about how to do it. Who knows they’re more experienced than you are. Remember that you share stories not to embarrass your man but for the sex of your sex life.

5. Have An Intense Pillowtalk

Another way on how to tell your man he’s bad in bed. It can take place before you doing sex or after having it. One thing you have to be sure of is that you don’t talk about it offensively. Keep in mind that it’s for the sake of your relationship and you’re not trying to embarrass him in anyways.

Also read: When to Sleep With Him for the First Time Ever?

It sucks when your boyfriend can’t satisfy you in bed, but it’ll be more sucks if your relationship is going downhill because of it. Telling him bluntly is not the best solution at many times, so some women choose to drop hints to their man. You can either ask him to go harder with the foreplay, kissing you at certain parts more, or pay attention to a particular move. Whatever it is, the key is to stay subtle.

Men are simple beings, but telling them that they’re bad at sex is hurting their pride. So here is how to tell your man he’s bad in bed: approach him nicely. If they think that they’re good enough in bed while you score him only 3 out of 10, express your desire for better sex. Do it in the nicest way possible.

When you are in a long term relationship, you have sex too often it becomes routine and eventually gets boring. Chances are, your man isn’t bad in bed. You had a fantastic sex life in the beginning. But as they get used to it, they repeat the same move and pattern it’s no longer surprising you. Be more creative by searching for new moves, you can even try the kinky ones! It’s really worth to try for an amazing, new sex experience.

How many times had you had sex with him that you tell that he’s bad? Maybe you judge him for being unskilled and bad way too quickly, while he’s being careful himself not giving all in one go. Or maybe he’s on a certain condition that makes his skills on bed declining somehow. Don’t make judgment quickly before you’ve had enough.

10. Take A Review Of Your Expectations

So you think that your man is bad in bed. Have you ever thought about how does he think about you? Chances are, he might also think that you’re the bad one. This is a common problem for new couples and the best solution is to communicate.

Those are all the ways how to tell your man he’s bad in bed with the various method. Whatever way you take, you have to match it with the way you interact with each other and how his personality is. Sex skills are something that can be learned and doesn’t make a man a bad guy.

Michelle Devani
My name is Michelle Devani, and I've been helping people with their relationships since 2003. In 2017 I decided it was about time I started a blog on the topic, and since then more than 2 million people worldwide have read my relationship advice. Drop me a comment below to let me know what you think.
You May Also Like
23 True Signs He Likes You More Than A Friend With Benefits
No Comments
Reasons Why Cancer Man Does Not Call You Back (13 Possible Reasons)
No Comments
How To Make Him Go Crazy In Love With You - 23 Classy Tricks!
No Comments