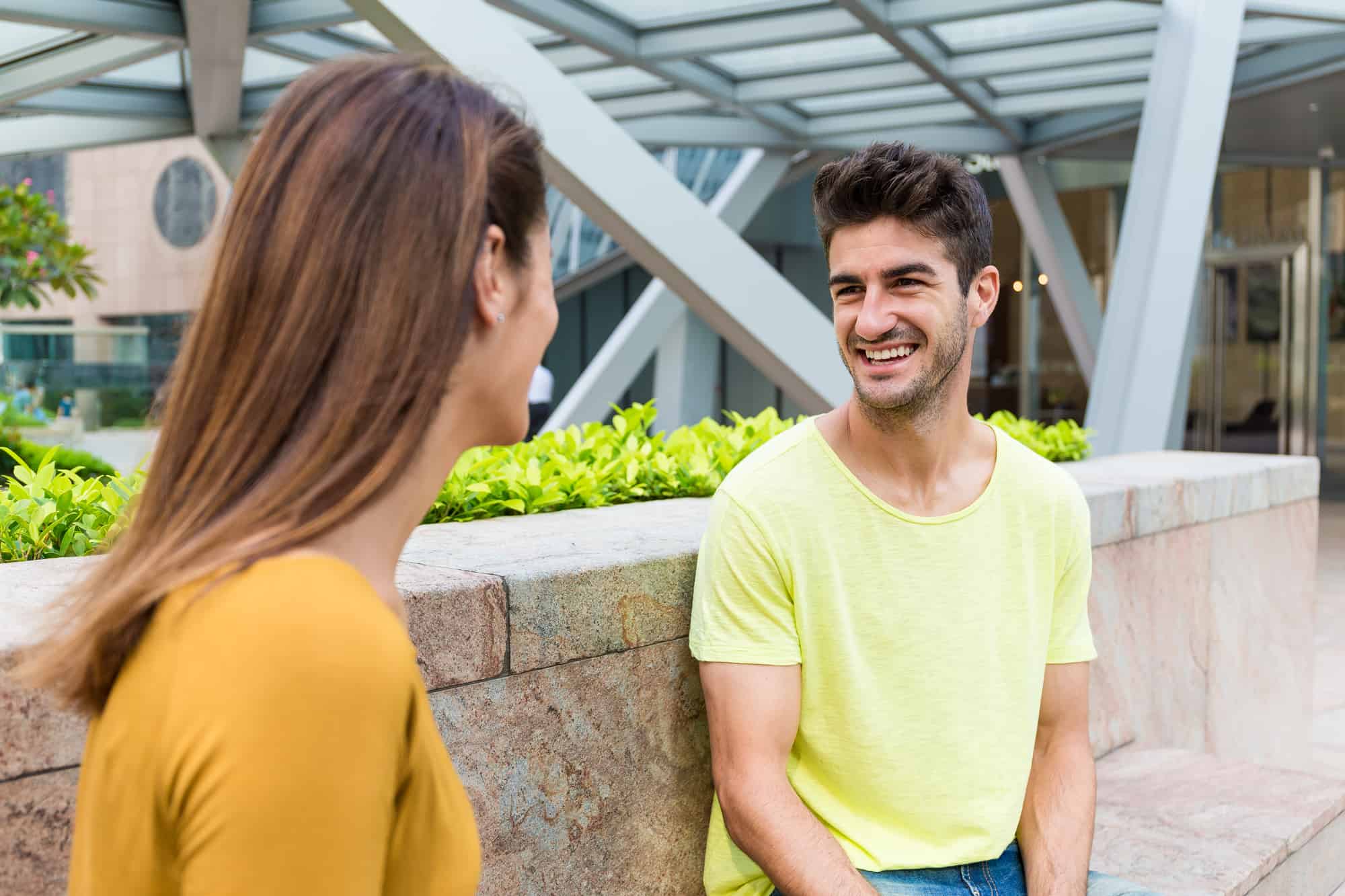 It’s a really good question because a German guy is not the same as an American guy. They tend to approach a relationship in a different way. They also show interest in girls differently. For this reason, you need to understand a bit about the German atmosphere.

Once you know the signals to look out for in a relationship, you can easily win a German guy over with your charm and good looks. They enjoy being in a relationship with a girl, but they aren’t great at flirting, so it’s important that you know what to look for when you find a German guy you are interested in.

We’ll cover it all in today’s article! Let’s get started!

1. He tries to flirt with you

To best understand a German man, you need to realize that they are not great at flirting. However, if you catch one trying to flirt with you, you may have found a gentleman who is trying to win you over.

As mentioned, they don’t much know how to flirt, so if he’s attempting to make you laugh, that’s probably his version of flirtation.

3. He talks about the important things in life

Since they tend to be very serious, it’s a good idea to know a lot about a wide range of topics. That way, you can talk about any conversation that he throws your way. Don’t forget to ask him plenty of questions as well.

4. He asks you for a commitment

Often, when a guy straight-up asks you for a committed relationship, he doesn’t want you to date anyone else because he wants you all to himself. If your German hunk has decided to be in a committed bond with you, he wants to be with you for real!

5. He tries to joke around uncomfortably

So, since a German guy isn’t great at teasing, he’s not all that good at jokes, either. But, if he’s trying to make you laugh or tease you, you know he’s attempting to flirt. This means he has the hots for you!

As German men cannot joke around very naturally, they also don’t know when someone is joking around on their behalf, so they tend to take things personally. If you are just teasing him and want to have fun, it might be best not to tell jokes. Instead, talk about serious subjects - things that the two of you have in common with one another.

7. He loves talking to you about everything

Germans are smart and enjoy talking about lots of different subjects. They have a wide range of knowledge, so just about anything you talk about will interest them. If you like to cross-stitch and snow ski, talk about both subjects - maybe not in the same sentence, but you know what I mean! Chat him up, and he’ll think he’s hit the jackpot with you.

If you are shy and often nervous on dates, you might make a shortlist of subjects ahead of time that you can talk about while you are on your date. This way, there won’t be uncomfortable pauses in between sentences. You might write down your favorite sport, hobby, game, color, number, shape, and what you are most passionate about.

You won’t want to overwhelm him by being too chatty, but it’s always smart to know what you want to say on a date so that you can be at ease, knowing that you have all of your bases covered. Be sure to ask him questions about himself, too. You don’t want the conversation to be one-sided or anything like that! Be a good listener!

How Can You Win A German Man Over?

There are a few things you can do to show you are interested in a German man. Try to be early and plan ahead when it comes to dates; your man will appreciate that about you. If you can pick up your side of the date (the check), he’ll appreciate that, as well! In fact, it’s a smart idea to show him that you know how to manage your finances well and are very frugal.

To German men, that is a huge turn-on! So, go ahead and break out the coupons! Don’t forget when you are talking to this hunk that you find common ground with him and show appreciation for all of the little things he does for you. He loves a girl that’s open-minded and down-to-earth. Show your true colors, and you’ll easily win his heart forever!

Finally, don’t forget to be honest and trustworthy! Show that you can keep secrets and know the difference between right and wrong. Demonstrate that you have a strong hold on your values and hold true to what’s important to you. This means if you think money is important, don’t go blowing everything at the mall on a date with him. Show you respect your financial situation.

How do you tell if a German guy likes you?

If romance is around, German men are likely to make travel plans with you so that you can experience the German culture the way they’ve experienced it. German men love showing women how their dating culture is better and more romantic, but they do show interest in their own way!

A German guy may try to flirt, but they aren’t the best at it. Of course, there is always an exception to the rule. You may meet some German men who know how to flirt and get your attention, but most do not know how to do that very well.

German men love honesty and trustworthiness. A German guy is likely to let you know when he’s traveling back to Germany and will want to take you with him if he’s crushing hard. That’s a true sign he wants to be your boyfriend! Plus, you’d get to travel to Germany!

Dating is a little different in Germany because women often pay their share when dating a German guy. German men may act like strangers at first because they aren’t great at flirting or getting a girl’s attention, but they do love to chow down, eating dessert before dinner!

Why do guys flirt if they are not interested?

For some guys, that is just their personality. German guys aren’t usually like that, though. They tend only to flirt if they want a relationship. If you are dating a German guy, be ready for anything because they aren’t great at flirting.

So, what did you think of my list of the 7 tried and true signals a German guy likes you? Do you have any signals you could add to the list? What signs have you noticed in a flirting German guy? I’d love to hear more about it! Please comment!