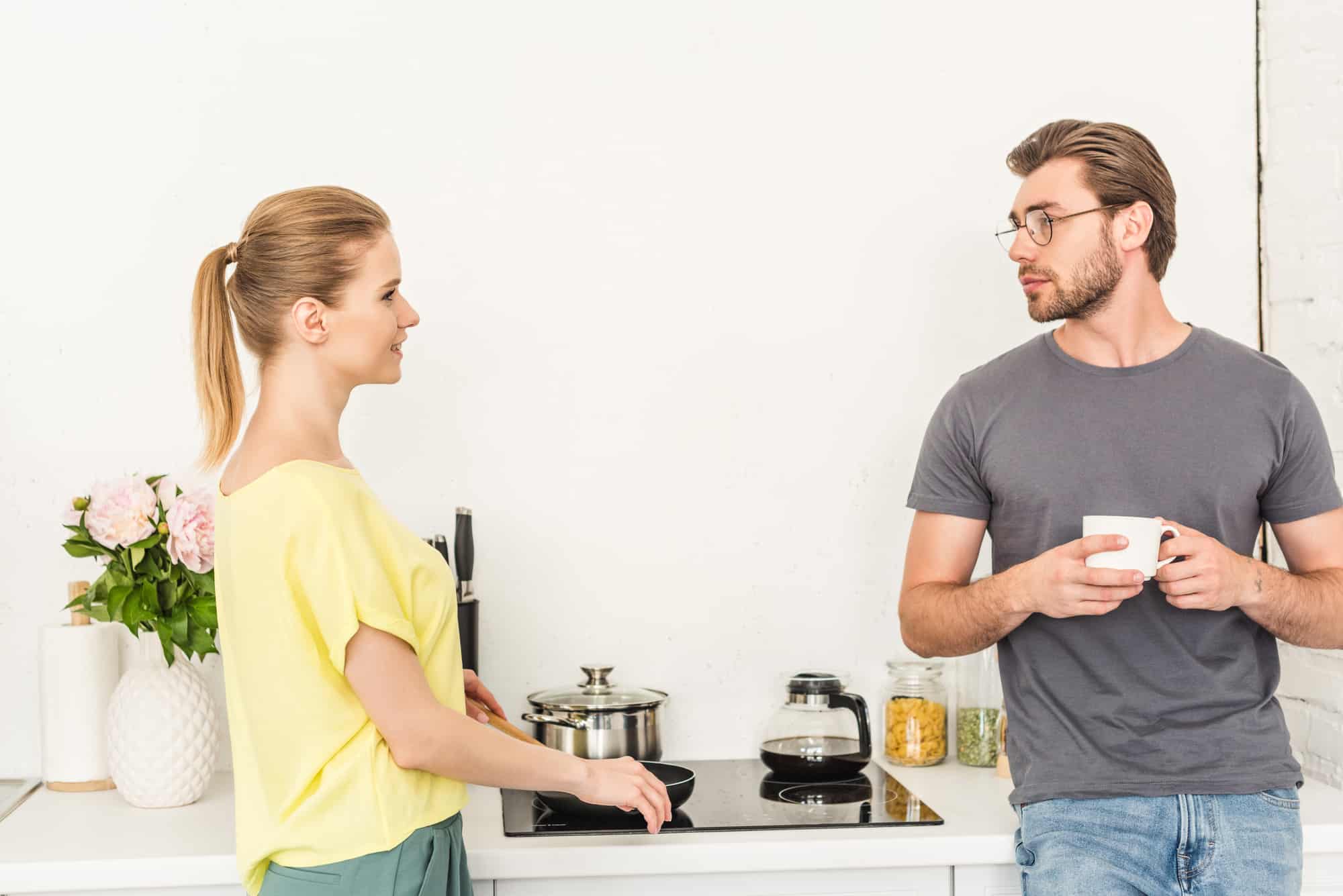 Smart Ways To Deal With A Selfish Boyfriend

Having a selfish boyfriend can be annoying. He’s only thinking about his personal issues and forgets about his girlfriend. He finds playing video games, hanging out with his friends more fun than spending time with you. All this can be bothersome and may lead into a break-up.

Ways To Deal With A Selfish Boyfriend

There are some things that you can do to deal with a selfish boyfriend which you can read below:

If you suddenly find that your boyfriend has become more selfish in the relationship, start talking about it with him. Ask to find the reasons why he’s behaving that way. Maybe there’s something that’s bothering him. Talking to him will help him to open up to you. He might be hiding some troubles to himself which causes a sudden change of behaviour.

In case you already know that your boyfriend does have that selfish personality, then try to understand the reason behind it. There must be something that turns him like that. Help him to solve this issue.

3. Be The Bigger Person

You can’t also be a selfish person in the relationship. Two selfish people won’t do any good. It’s normal to get angry or upset when your boyfriend is selfish. You are absolutely allowed to feel sad and disappointed by his behavior.

But you can’t stay feeling that way forever. Insisting him to change his ways won’t be really effective. What you can do is help him get through it. Be the bigger person. Fighting a selfish person by becoming more selfish will only cause more troubles.

Don’t be afraid to tell him that his attitude bothers you. Just directly tell him that he’s acting selfish and you don’t like it. Sometimes, being frank is needed when you’re in a relationship. This will help you let go of any grudges that could end up being toxic.

You’re allowed to tell him that his behavior bothers you. You’re allowed to tell him that he upsets you. But always remember to never become selfish too. Try to see things from his point of view. It can help you avoid ‘playing the victim’ and put all the blame on him. A problem can be solved as long as the both of you are willing to tolerate each other and continue to work on it.

6. Tell Him To Make A Commitment

There are some tricky ways to deal with a selfish boyfriend. As you are telling him about his bothersome behaviour, try to talk him into making a commitment. Convince him to lessen his selfish behaviour. Support him in turning himself into a better person.

In addition to making him commit to become a better person, make sure to ask him to fix his attitude. He needs to know that it’s not okay with you but let him know that you are willing to work on it together with him.

Every time he strays off from his commitment, remind him or give him a warning. Tell him that commitment comes with a responsibility. It is important to fulfil that responsibility in the relationship.

9. Teach Him A Lesson

If your warnings are ignored and he is still persistent on being selfish, then it is time to take action. You have to teach him a lesson. Make him realise that what he’s been doing all this time is not something that he should keep up. Pretend to ignore him, talk less with him or anything else that will make him see his mistake.

Sometimes being selfish is not an entirely internal problem, it could be cause by an outside factor. For instance, he might not be receiving enough love from you. Being too possessive and too protective will also cause him to act selfish. Tell him these things to say to express your love to your boyfriend so he knows you still love him.

As said before, communication is extremely crucial in a relationship. Couples who are serious about it will always have an open communication. They value it above anything else. With a flowing and continuous communications, couples are able to handle problems that come on their way. Being honest about each other’s flaws will give a certain relief and a problem solver in the relationship.

Don’t always blame him. Remind yourself to also give him approvals and praises that he deserves. They can help him see your love and your support. Those praises can reduce his selfish attitude.

Maybe you’re asking too much and being possessive. Here are some signs of possessive girl that you might have. That could be a cause for your boyfriend to become selfish and only think about himself. So don’t limit him. Appreciate his space, hobbies and activities with other people besides you. Ensure that this relationship will not isolate him away from his friends or family.

Your boyfriend needs to evaluate himself and so do you. He is not the only one with flaws. There might be some things from you that bothers him too. Some things that turn him into a selfish person. In addition to evaluating your actions, also read these ways to stop your boyfriend from breaking up with you. You can try those ways to deal with a selfish boyfriend.

Michelle Devani
My name is Michelle Devani, and I've been helping people with their relationships since 2003. In 2017 I decided it was about time I started a blog on the topic, and since then more than 2 million people worldwide have read my relationship advice. Drop me a comment below to let me know what you think.
You May Also Like
Reading The Signs A Shy Guy Loves You (29 Signs You May Be Missing)
No Comments
Hot Ways To Make Your Man Love You Even More
No Comments
Lovely Ways To Make A Gemini Man Fall In Love With You
No Comments