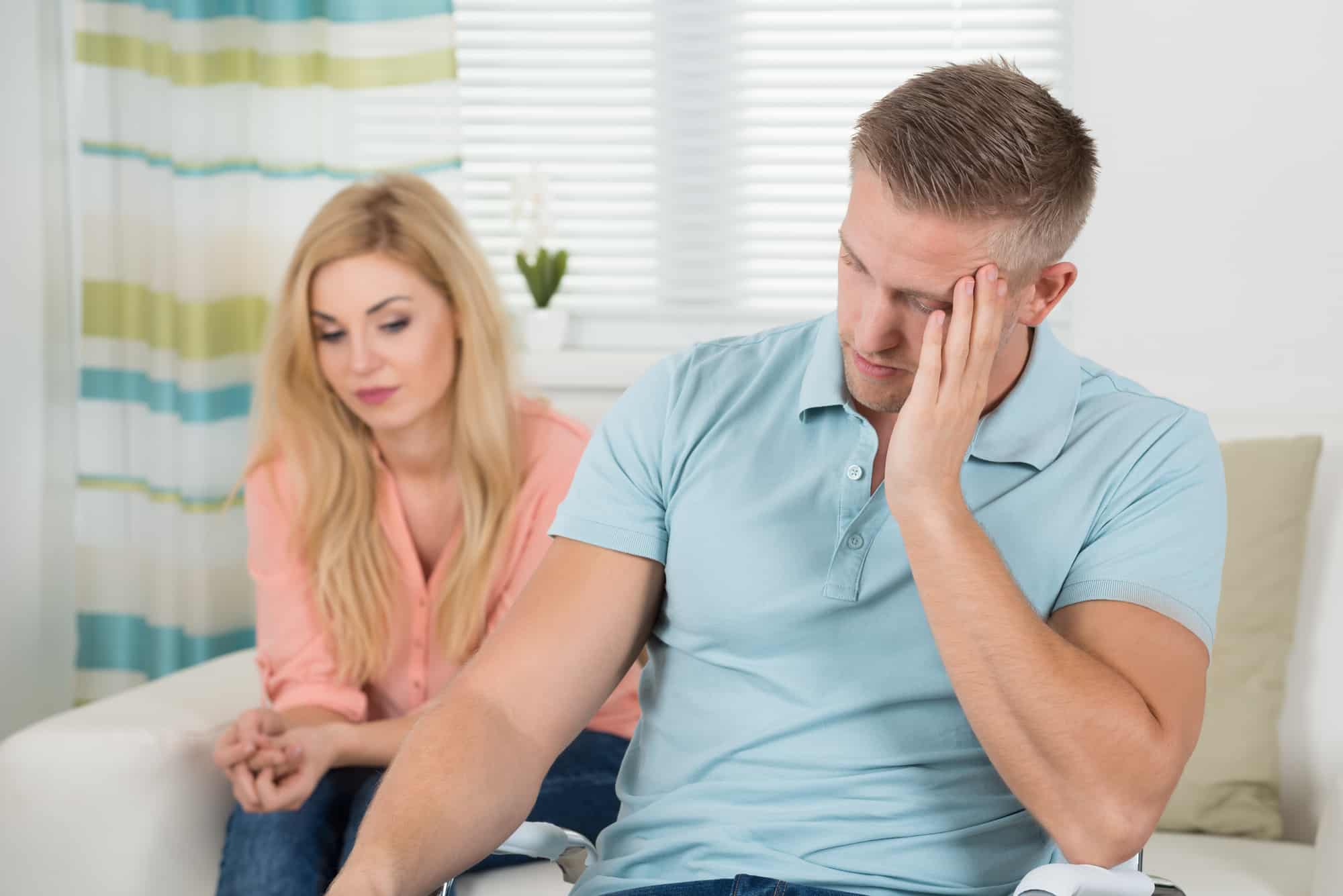 Ways To Win An Argument With An Aries (7 Smart Ways)

There are people who it's better to just avoid heated arguments with if you are not equipped. These people have the Aries zodiac sign. As they enjoy arguing, best bet that they would dust you off the floor in any argument.

Aries are born between March 21st to April 19th. This ram symbolled sign is fierce when concerning debates. They lose sight of the point and always want to have the last word.

If, like me, you are sick of letting the Aries person in your life win an argument you didn’t even bargain for, you’re on the right page. Whether the Aries sign is your partner, coworker, or family, it's time out! However, the only way to win the debate with Aries men or women is with well-informed reasoning.

Instead of going in guns cocked and ready to fire, talk to them with respect as opposed to their self-centered act to win an argument. This doesn’t mean you should lower your guard at all. The wrong method would only prolong the verbal insults. On that note, I will list out seven ways to win an argument with the Aries star sign below.

7 Ways to Win An Argument With an Aries

To win an argument with an Aries man you need to understand him. As a partner, study his pattern to know how he thinks and what he truly means. This is one of the most stressful star signs to be in a relationship with, if you do not understand his personality you would always be offended by his actions.

This type of man puts in a hundred percent into whatever he does, always enthusiastic and passionate about life. Which makes it difficult to win a debate if you don’t understand his point of view enough to counter it wisely. Because this type of man puts his needs first, he may hardly see you in the relationship if you let him.

Oh, they really hate it when this happens. However, outsmarting an Aries man would take a lot of practice. He is a crafty person and you have to be open to getting your hands as dirty as he would in an argument to outsmart him. This type of man is extremely stubborn so be prepared for him to come stronger after you’ve won.

Knowing your man hops into a fight without thinking, sometimes you can create an issue with a loophole to make it easier to win. Do not allow him to intimidate you. Aries men settle for intimation when all else fails. Stand your ground and be confident about what you want.

Never engage in an argument with any Aries person without facts. Facts make winning so easy. Remember, they’re fond of jumping into a fight with little or no information. So if you’re more equipped than they are, they have no choice than to back down.

I can’t overstress the need to lawyer up when arguing with such a person. Bring your A-game because they’re always with theirs. It’s difficult for Aries guys to ignore facts, facts are what shut them up quickly.

If you’re coming into the conversation logically or using emotional blackmail, you’re going to lose woefully considering how selfish they’re wired. What they care about is having the last strong word with you, more than how you feel or the point of the argument.

Relax, I understand that you want to win but you have to keep cool for strategic winning to happen. Try as much as you can to not be all over the place because the moment you don’t sound tactical about anything you’re losing the verbal war. If you are calm, the intimidating dementor Aries people would not move you into surrender, which is very important.

It is your body language that lets them know whether to step on the gas or pin the brakes. If they can’t tell where you are headed, it’s confusing. I admit it's a difficult thing to calm in the face of an argument with this star sign but remember, the aim is to win this and you didn’t read this far just to be the loser in the end.

This is where emotional blackmail comes into strong play, especially if the person you’re arguing with is your partner. Because Aries men are self-centered and selfish, if he’s in love with you, he means It. The feeling he has for you can be used as a weapon in a fight. It would bring him to his knees.

As much as they try to hide it, Aries people are very sensitive and compassionate. However, because they don’t want to be taken for granted, they put up a high wall over their emotions. To come out on top in the face of conflict include the emotional effects of the actions they take or things they say to you.

6. Make them feel in charge

It’s how full of themselves they are that makes it real easy for an Aries man to feel in charge. It’s okay, allowing him to feel that way makes everything so much easier to manipulate. The one-dimensional perspective he has also blinds him to seeing that he isn’t in control. That’s why he has a short fuse and loves to get into a heated arguments.

As soon as he lets his guard down even for a second, come in guns blazing with your factual points presented with emotional depth. Don’t stop until both knees are down in surrender, just to mark argument territory. Keep in mind he is a soft-hearted person. Winning fights is only a mere facade and most times he can’t help it.

The laziest method of winning an argument with an Aries man is to not engage at all. They feel like the center of attraction and not responding makes them feel less. Pretend to listen to everything he's saying and just walk away. This method saves you a lot of time and energy. For me, it’s the best type of damage control considering you understand the type of man you're dating. Believe me, he begins to argue with you less when you don’t respond.

When an Aries man is arguing, he’s very sure of what he is standing for and unless you have better points than him, he would not budge. Most Aries men are emotionally invested in the arguments. If you’re in a relationship with one, expect a mood swing whenever you win the argument. Aries men don’t always argue fair. They make sure they have an edge over you long before they engage in an argument.

The truth is, yes! They are one of the most argumentative star signs among other signs like the Scorpio, Libra, Capricorn, Virgo, Libra, and Leo who are also argumentative. They are not easy people to get along with amongst other zodiac signs. An Aries man would always want to know where you stand as opposed to a free-spirited Aquarius man. He can go over your emotions in dealing with you and if you don’t understand the person he is, you would get hurt often. And most times, against his knowledge.

Why do Aries argue so much?

Maybe because they’re ruled by the lonely planet Mars? I’m kidding. They always want people to listen to them and that’s not how life always works, someone else should do the talking at another point. However, they believe their idea on a subject, even though they just hopped on it is paramount.

This trait is similar to that of a Taurus man as well but probably worse in an Aries. Whenever anyone enters a conversation without thinking, there’s bound to be conflict or an argument and that’s the way of an Aries man. He can hardly keep control, hates to lose, and always wants to be the winner.

What are Aries’ weaknesses?

It is their aggressiveness that stands out as their biggest weakness. It’s like there’s a constant fire of anger stirring up in them. Although they’re difficult to deal with, it’s not impossible to have a loving relationship with an Aries man. As long as you stand by them, giving emotional support they become tame.

They don’t know how to walk away from a trap because they react too quickly to a situation. Another weakness is that they do not recognize their weaknesses. Despite all these weaknesses, Aries signs are sweet loving people when in a relationship.

They love competition and that’s what being chased feels like for them. They enjoy all the thrill and challenges that come with being chased and chasing someone or something so that they love constantly on the edge.

I hope you enjoyed reading the article as much as I did writing it. Following the ways to deal and win an argument with an Aries man would be easy if you approach every point listed out patiently with respect and without fighting. This applies to any other sign. I would love to read your thoughts on the subject. Leave a comment in the space below and please share this article with your lovely friends, thank you!

You May Also Like
How To Know He Loves You Even When He Doesn't Say It
No Comments
What Does It Means When A Guy Calls You Complicated? Is It A Bad Thing?
No Comments
Will Virgo Man Come Back To You Again After A Bad Break Up?
No Comments