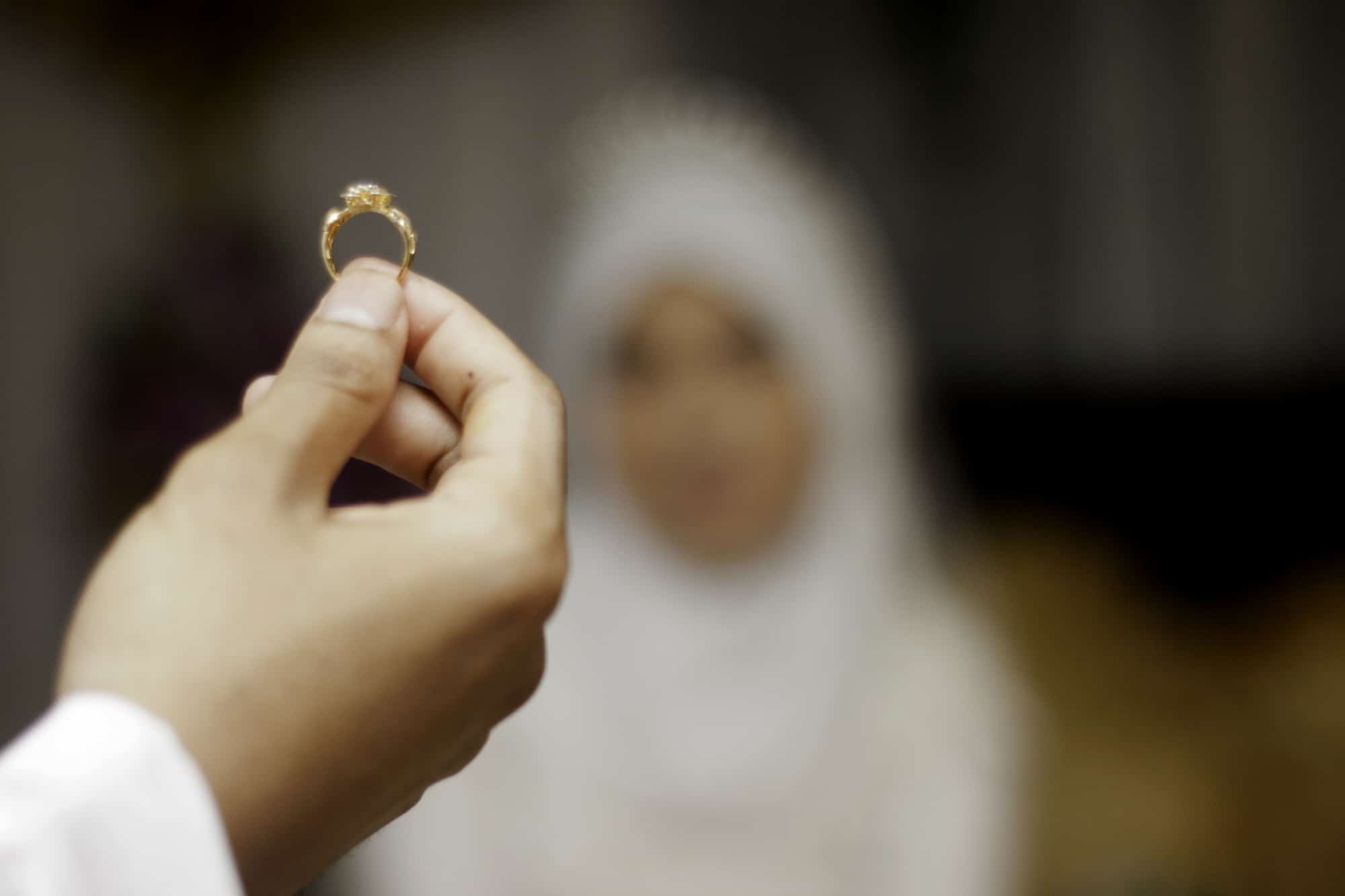 Wedding Ring In Islam - Rules For Bride And Groom

Rings are worn by many people as it holds various kinds of symbols. They signify commitment, love and loyalty. Rings are seen to represent an unbreakable bond, especially in marriage. So it’s common for married couples to wear their rings on their hands. It shows that they are officially married to someone.

The designs are often similar with a little bit of a difference in the sizing. However, how does Islam view wedding ring? The following is an explanation about the wedding ring in Islam:

In Islamic marriage, wedding rings also play a part. But what are the rules on wearing them? It is quite well known that in Islam, there is a teaching of marriage without dating. So a marriage in Islam doesn’t go through the whole process of engagement or even exchanging wedding rings.

You can also read on Dating in Islam Haram or Halal to know more.

The reason for that is because dating in Islam is seen as an act that is close to sin. The tradition of wearing wedding rings with the spouse comes from the West, it goes against the teaching of Islam. It’s a tradition that has been adopted by the people with any religion background. Now the tradition is a very normal thing, in fact it would be weird for a marriage without any ring exchange.

In some hadiths, it is said that it is haram in Islam for men to wear a ring that is made out of gold. The rule is mentioned in some stories and hadiths:

This means that if a man wants to wear a wedding ring, he can choose to wear one that is not made out of pure gold. According to the hadiths from Sahih Al-Bukhari, Allah’s Messenger wore a silver ring on his finger. In it is a carving of his own name, Muhammad Messenger of Allah.

There is a rule that dictates how a wedding ring should worn in Islam. It could be considered as part of the Muslim Wedding Planning Guide. The women may wear their ring on any finger they choose. But the men are not allowed to do so. Muslim men must not wear the ring on their index or middle finger, as mentioned in the hadith.

The Messenger of Allah once told Ali that he should not wear the ring on particular fingers. Ali raised his middle and index finger. A Muslim man is said to be makruh if he wears the wedding ring on those fingers. Some scholars agree that it is sunnah for men to wear the wedding ring on his little finger. It will not cause any disruptions in his activity if the ring is worn on that finger.

Which Is Better, The Left Rr Right Hand?

Though it is not compulsory, a husband can still wear his ring to make his wife happy. The wife should also know the Ways to Love Your Husband in Islam and Sweet Things to Say to Your Husband. The act of wearing the ring shows that he has a special bond with his wife. But which hand will be better for wearing the ring?

According to Hanafi, Maliki, and Hambali, it is better to wear the wedding ring on the left hand.

But some say that to wear the ring as part of an accessory then it’s better to be on the right hand. As Anas bin Malik said that “the Prophet wore his ring in the right hand.”

Due to these differing thoughts, a compromise was made by Ibn Hajar al-‘Asqalani. He said that it’s better to wear the wedding ring on the right hand if it acts as an accessory. But if it is used to give stamps or seals, which was common in the olden days, then wear it on the left hand. The right hand can still move freely and help the left hand that is giving the stamps.

Causes Of Wedding Ring To Be Haram

There are some things that can cause the wedding ring to be haram due to being shirk, which are:

So those are some explanation about wedding ring in Islam and how to wear it according to the religion. Wedding ring often causes debates among the Muslim community. It may incite fights between married couples. It’s important to note that a wedding ring should not be put above the experience of being married itself.

Michelle Devani
My name is Michelle Devani, and I've been helping people with their relationships since 2003. In 2017 I decided it was about time I started a blog on the topic, and since then more than 2 million people worldwide have read my relationship advice. Drop me a comment below to let me know what you think.
You May Also Like
Dangerous Signs You'll Regret Marrying Your Partner
No Comments
121 Sweet Things To Say To Your Husband To Make His Day
No Comments
Wildest Things to Know Before You Marry a Hunter
No Comments