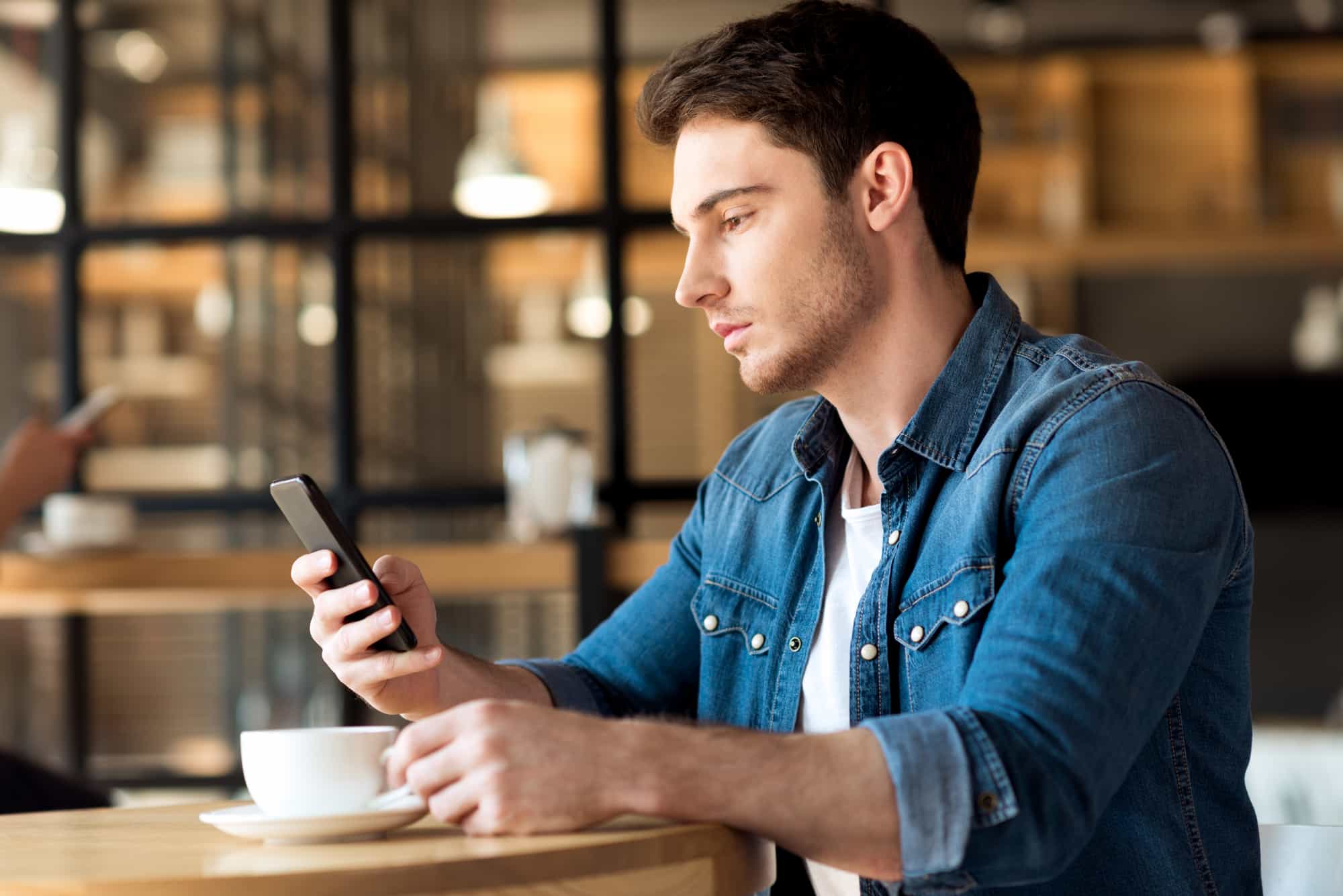 What Does It Mean When Your Girl Crush Blocks Your WhatsApp?

Finally you got her number! Time to gather the urge to send WhatsApp messages to that girl who finally makes love songs make sense; the one who turns your reality to feel like a dream; the girl who's been driving you crazy for the past year, months, or weeks. Someone notoriously called as a "crush". But as the name implied, she might crush your heart anytime. Just like when her profile picture can not be seen anymore all of a sudden.

Waiting for her reply to your countless messages in vain and waiting for the tick to turn blue takes an eternity. It's clear. She has blocked your number. You're the Tom in 500 Days of Summer. Birds don’t sing anymore and smile has gone from your face. And of course a question popped up in your mind.

What Does It Mean When Your Girl Crush Blocks Your WhatsApp?

What does it mean if she block my Whatsapp? Does she hate me? Did I do something wrong? Here are some possible reasons you’re probably seeking for.

Some people are not born with natural good communication skill and fall into the "boring conversationalist" category. Ironically, most people who fall into this category do not realize that they're boring, leads them to use the same topic and failed communication strategies over and over again.  The signs? Well, be aware of her reaction when you're talking about a certain topic. If she's looking elsewhere most of the time while you're talking, there's a great chance that you fly her to the "boredom land".

Most boring conversationalists bring repetitive simple questions and topics almost every day. Be way too polite, nice and proper is also boring. Sometimes you have to unleash that wild side of you to bring up interesting topics and thoughts. It's also boring to talk with someone who doesn't have passion in anything. Having a passion is attractive!

Read: Ways to Make Your Crush Fall in Love With You in No Time

What does it mean when your girl crush blocks your WhatsApp?? As I've told you before, being too polite, nice and proper is boring. But don't get me wrong. Being rude is not cool and makes you look like a jerk and ignorant person. Maybe at some point you have offended her views or opinion on something.

She'll feel uncomfortable and unsafe to share her thoughts and emotions with you afterward. Be more open-minded and respect her views and opinion will make you look more approachable. Surely, she'll feel safe to share her emotional side with you.

3. You Were Friends Before

She might be panic after knowing that you have a crush on her if you two were friends before, especially good friends. Not because she hates you, but because if the feeling is not mutual, it might make things weird and break your heart.

She cares about your feelings and about the precious friendship that you two have had. So she chooses to keep a distance from you until the situation is getting normal again. Some people are better together as friends, not as girlfriend or boyfriend.

Okay, maybe she wants to be with you. Maybe, she might develop her feelings toward you. But, feelings might come and go and she's not willing to take a risk. It'll take a toll on both of you if she develops a relationship when she's still unsure about her feelings.

She might stop loving you in the middle of the relationship without knowing the reason why and you will be heartbroken. Worst breakup scenario ever. If you're still wondering whether she's into you, you can check Signs a Girl Likes You But is Trying Not to Show It to see possible signs of her attraction towards you.

Sometimes people need to drawback to reflect on one’s feeling and how the feeling impact her and you. They need a break to rethink and feel that they can think more clearly by creating some distance. Maybe she seeks for that feeling of missing you to make sure what she feels about you.

You know, detest her feeling. There was a saying, “absence makes heart grow fonder”. If your absence doesn't affect any aspect of her life, you better not keeping your hopes high. But you'd better know what does it mean when your girl crush blocks your WhatsApp.

Read: Signs a Girl Likes You on Social Media

As cliche as it is, don’t be too obvious when you like someone. For example, you were caught stalking your crush’s stories and accidentally talk about what they did or places they went a few hours ago she only shared via Whatsapp stories. It’s not cool, fellas.

Or maybe, you spam her phone with tons of messages and calls just because she hasn't replied your message an hour ago.  Be patient. Respect her space, time and privacy. She has the right to ignore, avoid, or reply your messages.

Read:  How to Get Your Crush's Attention on Instagram

7. She's Already In A Relationship

Maybe you did nothing wrong. You're a nice, handsome, funny and passionate guy that fits her criteria. But sometimes, it's not always the wrong person, but the wrong time. Maybe she likes you too but apparently she's in a relationship now.

It's okay. You can wait. As Richard Bach had said, "if you love something, let it go. If it returns, it’s yours; if it doesn’t, it wasn’t".

8. She Probably Is Playing Hard To Get

This is what sometimes ladies do. They like to play games with you. She wants to see your reaction and your effort on trying to communicate with her or you just give up. It's up to you to get into her games or not.

How To Deal With It?

What does it mean when your girl crush blocks your WhatsApp? If she has blocked your Whatsapp number, there are several things that you might do to make the situation less awkward than before.

1. Reflect On Yourself What You Did Wrong And Apologize

Being self-reflective signs that you're getting more mature in dealing with heartbreak and more willing to be a better person for her. She will appreciate your effort and that's a good start to rebuild rapport. If you want to show her your worth, you can try these tips: How to Make Your Crush Regret Rejecting You.

2. Try To Contact Her Using Other Media To Figure Out What's Wrong

Although she has blocked your Whatsapp, maybe she doesn't block you from other social media platforms. You can compose a well-written message to apologize and ask her what's wrong in a polite manner.

3. Don't Spam Her With Messages

Respect her decision and privacy in keeping distance with you.

4. Giving Her The Space And Time She Needed

She needs time away from you. If she hasn’t replied your message, don’t spam her with pings and other messages. It’ll come off as needy and annoying.

Michelle Devani
My name is Michelle Devani, and I've been helping people with their relationships since 2003. In 2017 I decided it was about time I started a blog on the topic, and since then more than 2 million people worldwide have read my relationship advice. Drop me a comment below to let me know what you think.
You May Also Like
16 Signs You Miss Your Crush So Badly
No Comments
Sweetest Ways To Flirt With Your Crush
No Comments
Is It Wrong To Fall In Love With Your Teacher?
No Comments