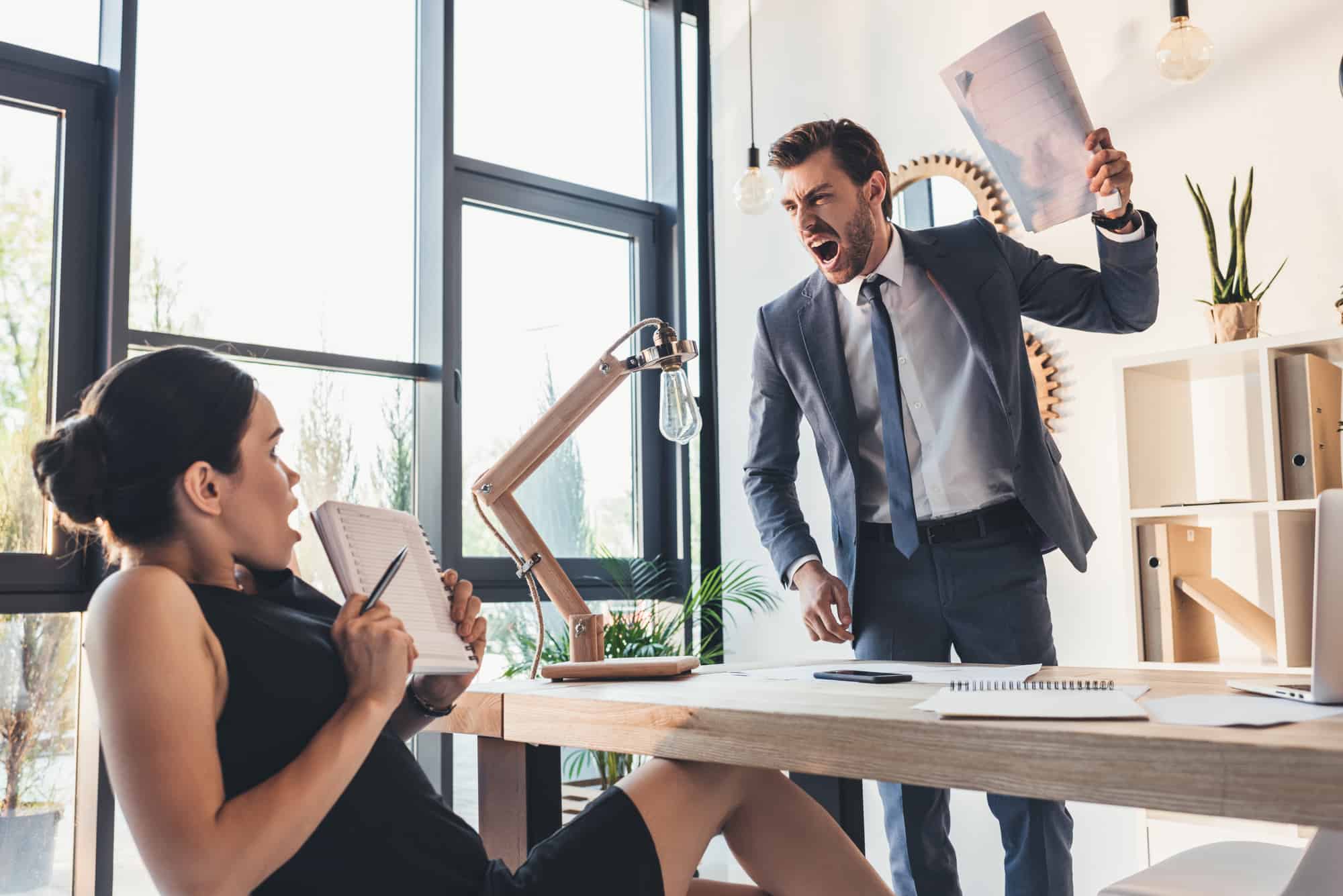 What To Do When Your Boss Releases His Inner Toddler

Age doesn't define maturity. Just because you're getting older, doesn't mean you are getting wiser. This could happen to anyone and your boss is no exception. Sadly, he sits on the top of the hierarchy triangle is office. Dealing with your work already causing so much stress to you, let alone having a toddler behavior boss on top of that. What can be worse than it?

What To Do When Your Boss Releases His Inner Toddler

A child-like boss often described as Terrible Office Tyrant or TOT. Due to his behavior, your boss acted impulsively and abusing his power to all of his submissive. Not only he makes your job more difficult, he also create a hell-like atmosphere in the office.

Before you put on some act to deal with him, you should recognize the inner toddler behavior, which is no different with TOT.

How To Deal With Your Boss' Inner Toddler

A certain behavior has its own explanation behind it. In "Tame Your Terrible Office Tyrant (TOT): How to Manage Childish Boss Behavior and Thrive in Your Job", a book by Lynn Taylor, the stress at work and high unemployment can be the biggest cause of your boss's bad behavior, but it's not always the case.

See also: Signs A Coworker Has A Crush On You

When you have to improve your performance at work, you have to know what to do when your boss releases your inner toddler. First, you have to put yourself as a parent who try to tame his wild toddlers. It's the only way to deal with him. Here are some of the useful tips for you:

First thing first is a good communication. It's the best thing to solve the problem and you can start by building a good communication with your boss. Try to talk openly, honestly, and deeply. Of course, you are the one to initiate the talk. You might be getting a cold response at first but things will get better the more you try. It helps you to keep a good performance at work and avoiding a misunderstanding of his bad behavior, which is probably not for you.

When his worst behavior comes out, he acts impulsively and he may told you to get done a week-worth of works in a day. You always have to anticipate a moment like this and make sure you have the solution in your hand already. It's not for him but it's for your inner peace. When you have solutions for an upcoming problem, you will become worry-less.

See also: How to Get What You Want from a Narcissistic Man

Laugh is like the heat that melts the ice. It's all you need to break the tension when everything seems to be heated up. Put some fun when your boss is worked up and starting to release his inner toddler.

If your boss gives you an impossible target, it's better to speak up. It's not like you're kissing up to him but you're setting an expectation for him. Tell him honestly about your limit so that he won't burst up on you later. It's to avoid him putting all the blame on you later.

5. Get The Right Timing

Remember that you are a parent here. Study the behavior of your "toddler" thoroughly until you figure out his emotional pattern. When will his mood swings appear, what makes him angry, and which button not to push so that he won't explode. It helps you to find the right timing to speak to him.

6. Give A Positive Vibes

Don't let your boss's shitty behavior affects you in a bad way and put your mood down for the rest of the day. Instead, you have to appear bright as if nothing happen. Present your best self with a lot of smile, radiate positive vibes to your coworkers and keep your balance. Set yourself as a role model for others.

7. Tell Him When He Goes Beyond Limits

What to do when your boss release his inner toddler? After trying to keep up with him, he should know when he cross your limit. Talk to him in private but with a good manner. You don't need to confront him in public. He has to know how bad he's been treating you all the time. If he doesn't show any regret or doesn't seem to get better, off somewhere else to find a more "human" boss. You are the only one knows how far your limits are.

See also: What to Do When Your Boyfriend Is Ignoring You After An Argument

8. Put His Attention Together

If your boss is releasing his inner toddler, it's a sure thing he's having a hard time to focus. Instead of paying attention of his work, he lets other things coming on his way: text messages, phone calls, social media that it screw up your flow. Make a deal with him to set a mutual achievement. Set an agenda for him thoroughly so that he doesn't have time to be distracted.

9. Don't Be Triggered With His Temper

When his tantrums going wild, never step up as his opponent. Don't treat it like a battle you should win. It only makes things worse. Stay calm and content, and tell him how his behavior has affected you in a bad way. Be factual and keep your stone stable. Make yourself as a subject, use a lot of "I" instead of you so that you won't sound accusing.

See also: Signs Your Best Friend is Emotionally Draining You Down

Give him rewards every time he's behaving like a good boy. Praise him a lot, fly him to the cloud nine if it's needed. Tell him how great he is at work and how you made him your inspiration to improve your performance at work.

The key on what to do when your boss releases his inner toddler is for you to take on the mature side and act like his parents. It may be hard at first, but you'll see how he changes.

Michelle Devani
My name is Michelle Devani, and I've been helping people with their relationships since 2003. In 2017 I decided it was about time I started a blog on the topic, and since then more than 2 million people worldwide have read my relationship advice. Drop me a comment below to let me know what you think.
You May Also Like
How to Make Someone Famous Notice You on Instagram - Ultimate Fan Goal
No Comments
8 Purposes of Life According to Islam and the Qur’an
No Comments
Ways To Forget Your Loved One - Breakup Or Death
No Comments