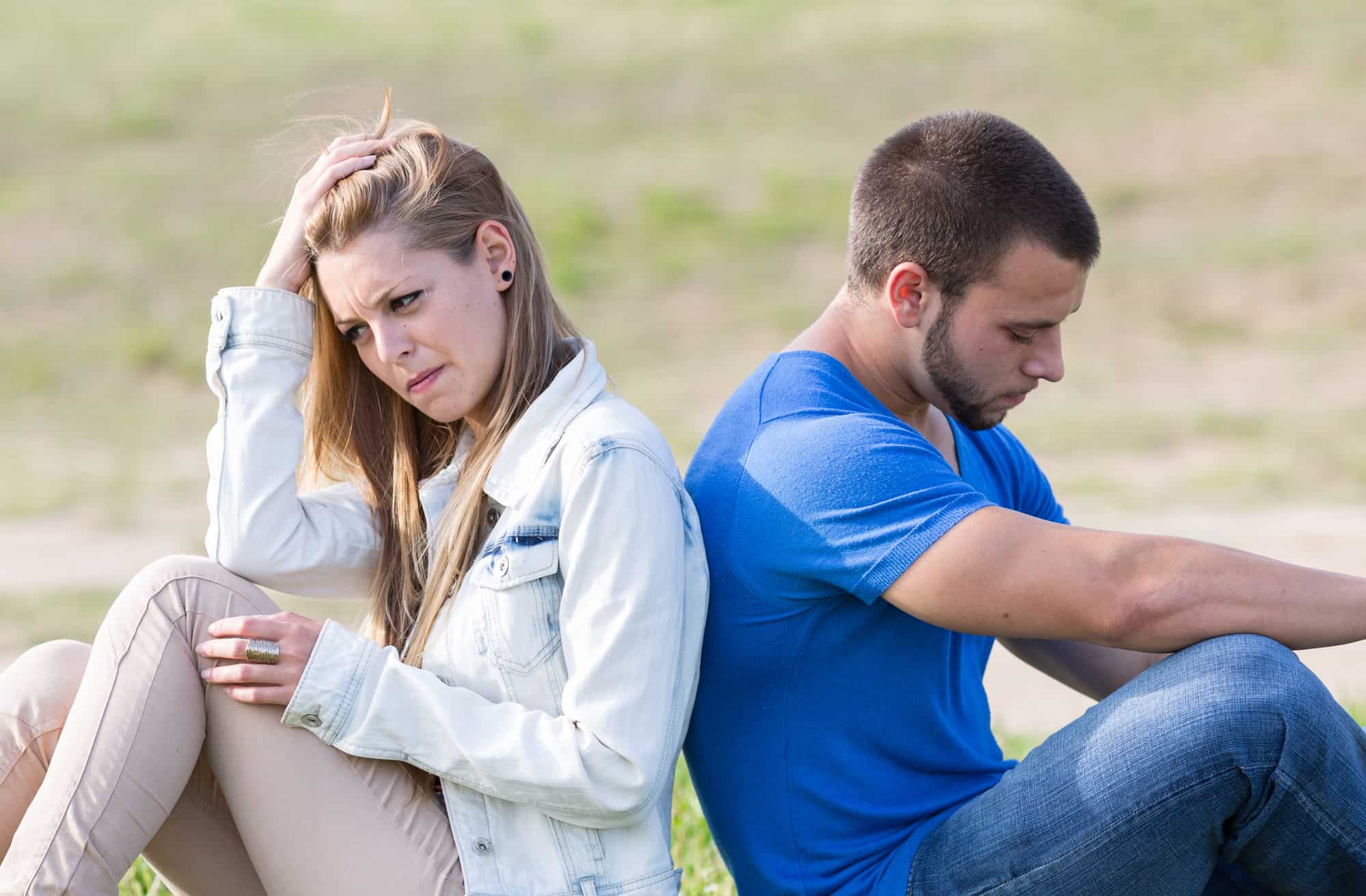 How Long Do Rebound Relationship Last For Men?

So is a rebound relationship is only short-lived? Can it last for a long time? Well, you can all have your answer here.

Also read: What Are The Signs Of A Rebound Relationship

What Is A Rebound Relationship?

If someone starts dating shortly after a breakup, before they haven’t moved on and emotionally recovered from the heartbreak, then it’s a rebound relationship. Shortly, there is no period of a person being single after the breakup.

Also read: Why Do Guys Always Use Me As A Rebound?

Why A Rebound Relationship Is Only Short-Lived

The first thing you should do after a breakup is moving on. Erase all the previous feelings and leave all the emotional baggage behind. After it’s done, you may start a new relationship again. But what if you skip all those important steps and jump right into dating again?

Especially for men, their new rebound relationship is not likely to last a long time. They're mainly attracted physically, and more into the physical relationship than an emotional bond. More than that, they just want to show off to their ex-girlfriend.

The reason why a rebound relationship success rate is close to zero is that it started all absurd. Dating someone when you haven’t even moved on from your ex is just doesn’t make sense.

Also read: How to Get Your Ex Girlfriend Back When She Has Moved On with Someone Else?

1. The Heartbreak Risk Is Relatively High

It has been proven that men have a higher chance to be in a rebound relationship than women. It’s because men are more needy and dependent than women. That’s why they would date soon after a breakup.

As for the new partner, they are more vulnerable to heartbreak. A man’s feelings change too soon, and when it happens, they will ignore the woman completely.

A woman who dates a man who just ended his relationship is up for heartbreak. His love is not real. If it seems so, it’s no more than physical need and the woman ends up heartbroken over again. The relationship will ultimately turn into an unnecessary nasty drama in life.

2. A Rebound Relationship Is Full Of Negativity

A man who starts a rebound relationship has a huge resentment toward his ex. It’s the expression because they are still tied to the negative emotional baggage. He finds it hard to emotionally connected to his new girlfriend because he never does right from the beginning.

All the resentment and anger are buried under the rebounded relationship, but it will eventually come out. At that time, the relationship will fail.

3. It Is No More Than Just A Distraction

When a man went through a breakup, he will feel empty space in his heart. It feels strange and uncomfortable, but it has to be worked on. However, someone who is in a rebound relationship chooses to pick someone to fill that void instead. So now you can predict how long do rebound relationship lasts for men.

The relationship for him is no more than just a distraction. It works like a pain relief that soothes severe heartbreak. If the woman he dates expect something more, the relationship would feel like a punishment for both parties. That’s why a man really needs to make sure he has perfectly healed before jumping into the dating scene again.

4. The Heart Is Still Vulnerable, Not Ready For Love Just Yet

Anyone who is just having a breakup is in the most vulnerable phase. So when someone is trying to console them, they end up dating. Immediately. The comfortable feeling is short-lived, just like how the relationship will be.

A vulnerable heart is easier to catch. So when you are accidentally passing by on a man who is frustrated over a breakup and date you soon, well, what can you expect? No wonder it can’t last for long. As when the heart should let go, it welcomes a new love unreadily instead.

Also read: 18 Hidden Signs You Haven't Moved On from Your Ex

5. A Rebound Relationship Is An Illusion

Here is the distinct characteristic of a rebound relationship: it seems perfect and empty at the same time. In other words, all beauty is an illusion. Everything moves fast-paced on the outside, while two-person in the relationship barely know each other. When you are awakening to reality, all that left is regret.

6. The Relationship Is Unfair

For the woman the man dates, yes, it is. A rebound relationship has its own undeniable signs. When the woman finally realizes she dated a rebound man, she would likely end it. Because it feels unfair only for her. She is the one who should deal with all the annoyance and uncomfortableness, while the man is taking her for his own advantage.

When a woman has a genuine feeling for him but turns out she is only a rebound, it will be guaranteed not to last long. That’s why a woman should be careful when she dates someone who is too good to be true.

7. He Is Not Truly Himself

Every breakup transforms someone into a new, better person. That’s why everyone needs time to heal and move on. So they can fix whatever wrong and move on as a new person. While they are in transformation, they are not totally themselves. And when they have perfectly evolved, they will look back in regret about the rebounded relationship.

Michelle Devani
My name is Michelle Devani, and I've been helping people with their relationships since 2003. In 2017 I decided it was about time I started a blog on the topic, and since then more than 2 million people worldwide have read my relationship advice. Drop me a comment below to let me know what you think.
You May Also Like
Possible Reasons Why Does My Ex Keep Contacting Me When He Dumped Me
No Comments
How To Tell Your Boyfriend You're Pregnant With Someone Else's Baby (A Shocking Truth!)
No Comments
What Should I Do If My Ex-Boyfriend Is Flirting With My Best Friend? I Feel Jealous
No Comments