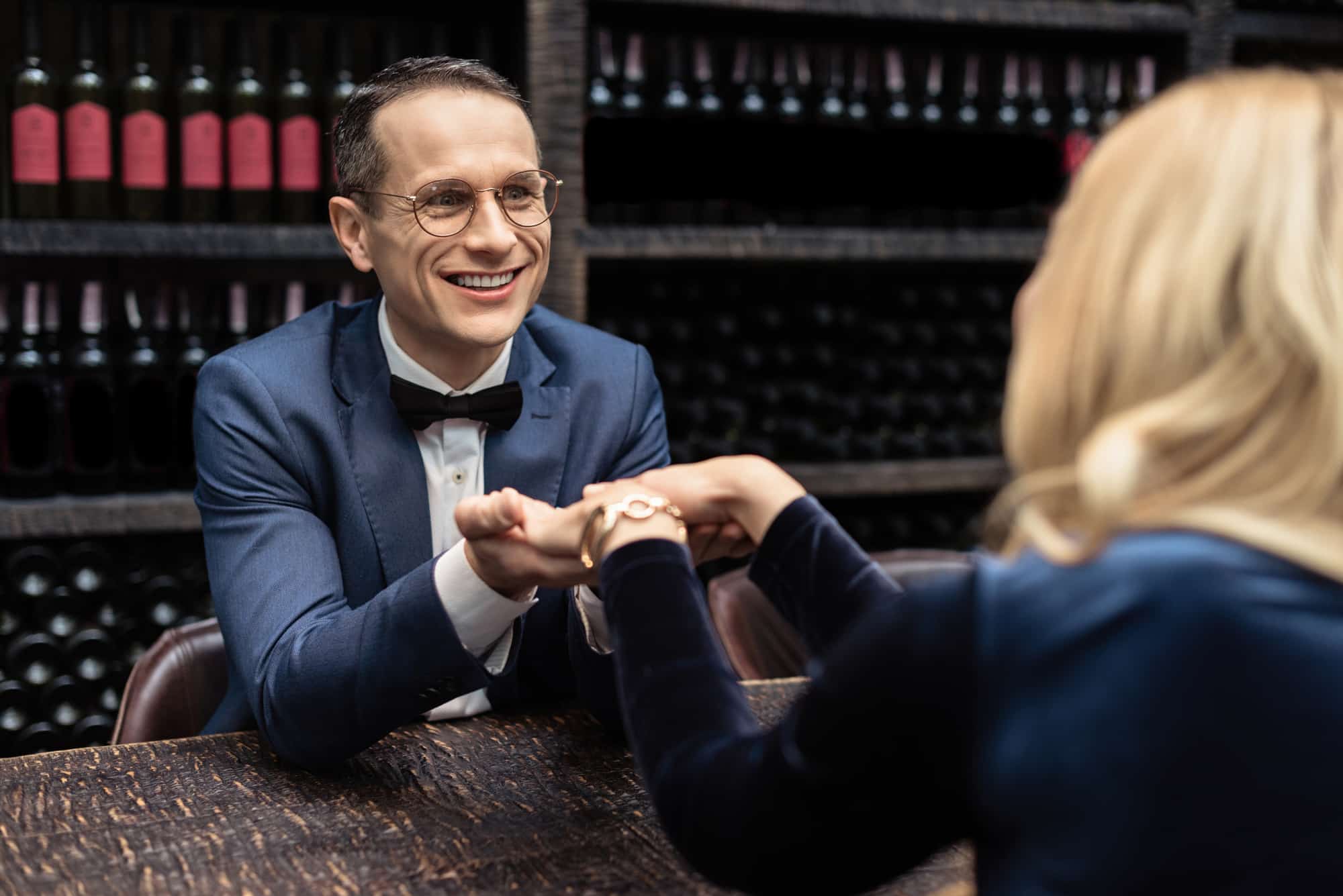 How Long Should You Know Someone Before Dating Them?

Having crush on someone and make it official in a relationship are two different things. When you have a crush, you have nothing to lose and you are not tied by commitment. But things are different when you have agreed on dating. You have out yourself into a commitment that may change your life. As you are not single anymore, you have a heart to be consider. Thus, you have to think it seriously before dating someone.

How Long Should You Know Someone Before Dating Them?

Nobody wants to be trapped in a bad relationship that caught them in a trauma. You have to know someone through and through, so that you can make sure they won't hurt you in the future. It's different for everyone. Some find themselves starting things out easily while others find themselves having a hard time to make it official.

If you use a dating app, start dating before meet each other in real life is too risky. They could be dating someone else already and they want to cheat. It's not recommended at all.

See also: What Do You Do After You Hook Up with a Guy

You could also have a presumption that you are dating after a kiss or having sex. Make it clear since not everyone think so. Sex and kiss could merely be a short flame. The most important thing is that you are in the same page, whether you are in a relationship or not.

You can't really decide how long should you know someone before dating them. Life experiences, past relationships, and personality affect someone's decision whether to start an official relationship or not. Many people prefer to have a no-string-attached relationship to avoid hurt and broken heart. To avoid either of you jumping into the wrong conclusion, you better talk it out from the beginning.

See also: Signs You are Ready for a New Relationship

But you can't go through an unofficial relationship for a long time. As the time pass by, at least one of you start to grow feeling for the other. After a few months, you can have a serious talk about where would the relationship going. A lot of people start dating this way. Even though when you have liked them from the beginning, they might have a different timing. They could be the type who don't believe in love at the first sight so he needs some time.

Rather than taking time to know each other better, some people rush themselves in a relationship just because they are looking for a status. They want to say they are taken. But you throw yourself in a big trap if you do so. Harshly starting it only to watch your relationship fizzle out soon after. Wait a little while before you make it official.

See also: Reasons You Should Know and Love Yourself Before You Love Someone Else

2. How To Keep Them Stay

It's better to give it some time before the relationship talk, but leave it hanging with no string could be dangerous for you too. During the time, chances are they could like someone else. Then you will be waste the time to wait. You don't want them to date other people but you also feel it's too early to talk about love. You are not really sure how long should you know someone before you date them.

There is a good way to "prevent" them from dating someone else. You have to see them frequently. It's the only way you can stay in touch and update yourself with his relationship status.

You can try to make them fall in love, too. It's why how often you see them affects you chance of going out with them. The more they see you, the better they know who you are.

See also: Ways to Tell Your Crush You Like Him A Lot

4. Introduce Them To Your Friends

You can ask help from your friends to judge what kind of person they are. A sole opinion doesn't sound too convincing so you would like to have a second. It's okay though. Set a get together with your friends and see their reaction. They might not be accurate but they can tell you how they act around you and how the flinch when you call them your closest person.

See also: How to Tell Your Crush You Want to be More Than Friends

Your friends will provide you with more objective opinion because chances are you could be blinded by your feeling. As you love someone, you can't really tell if they love you back or not. Or you simply deny the fact.

5. See If You Are Committed To Each Other

Before starting an official relationship, you have to assure yourself first. Are you ready for a new relationship?

If you are having trust issues, whether it's due to your past experience or you're just born that way, you can't find yourself trust them enough, or you are not really confident yet to be in a relationship, or you have a suspicion that they might be dating other people, or you accidentally found out they still have a dating app in their phone, and many other things that shake your will, you better think about it ever again. Whether you are ready for a commitment or not is also a big deal over here.

So let's go back to the main question. How long should you know someone before dating them?

A few months will do. It depends on how your relationship is progressing. If you grow closer over time, it's safe to ask them about their feeling. But if they don't show any interest or if you don't have any communication with him for the past few month, maybe they're not just that into you.

One thing you should remember is not to rush yourself. You don't want to date the wrong person so the only way to avoid it is by knowing them through and through before you make any commitment.

Michelle Devani
My name is Michelle Devani, and I've been helping people with their relationships since 2003. In 2017 I decided it was about time I started a blog on the topic, and since then more than 2 million people worldwide have read my relationship advice. Drop me a comment below to let me know what you think.
You May Also Like
This is How to Tell Your Ex Best Friends You Hate Them So Much!
No Comments
Dating Culture In England (British Etiquette And Custom)
No Comments
9 Ways on How to Know if Your Ex Boyfriend Doesn't Love You Anymore
No Comments