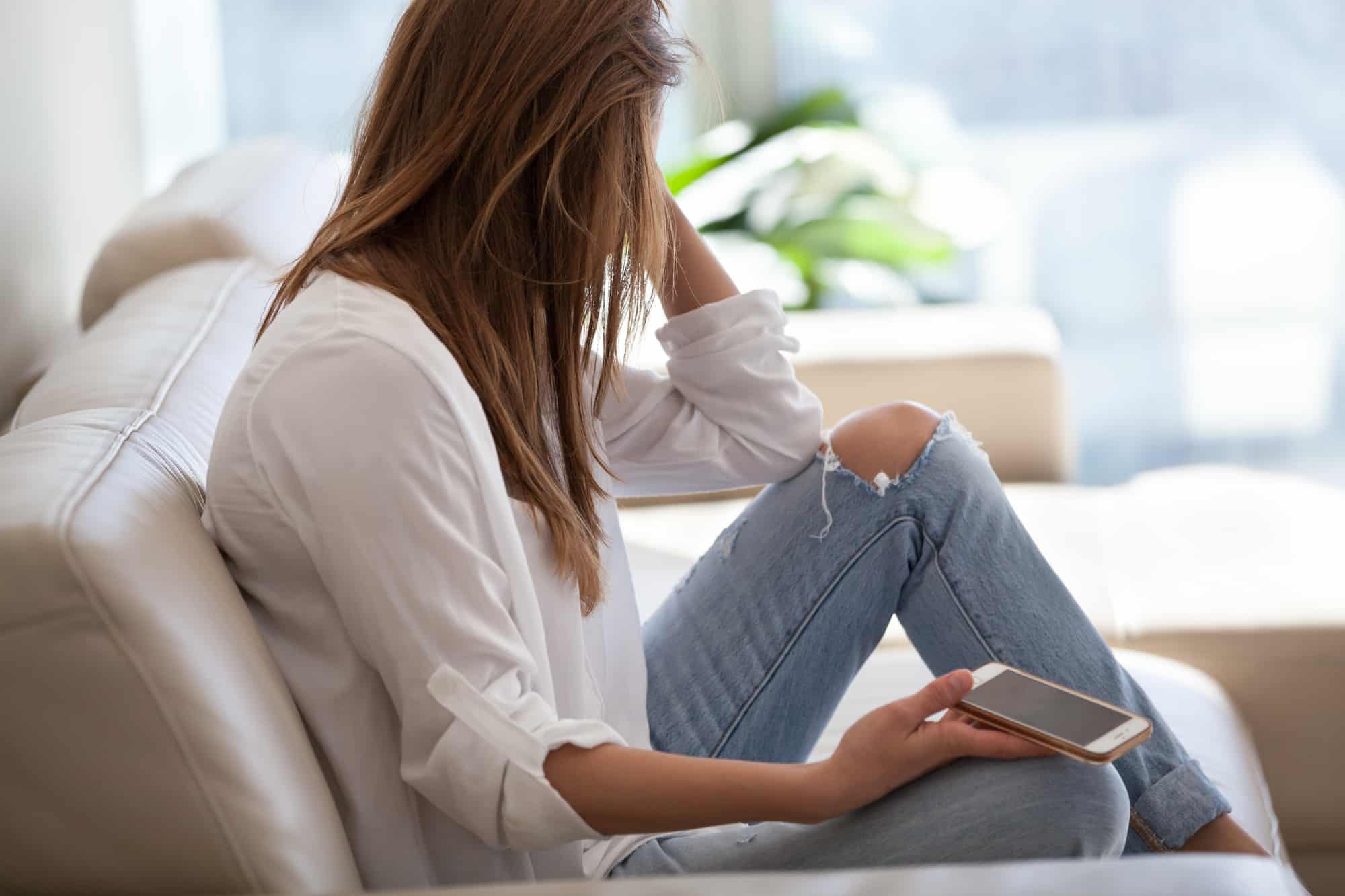 My Boyfriend Has Suddenly Disappeared And Stopped Texting/Calling. Should I Call Him One More Time To See If He Picks Up So I Can Get Closure?

The act of disappearing in dating is actually quite common. Whether you just date him for a week or maybe even months, everyone is prone to get a broken heart in the most unfashionable way: he simply disappears. Not text, no call, no goodbye, nothing.

This phenomenon is called ghosting, referring an act of disappearing out of nowhere. And like a ghost, he would still haunt your life. If he's a Cancer, these are probably his reasons for disappearing.

It sucks to be ghosted. You will wonder what's wrong about you, did you do something bad, or what happened to him. You'd feel angry, disrespected, rejected. There are a lot of emotions inside when he ignores you. The rejection is one thing, it's the state of not knowing that kills you. You want an explanation of what happened. You want closure. He can't just disappear like that.

If you are actively dating, you'll encounter this behavior often. Or maybe you're exactly innocent yourself, having also disappeared on your date in the past. However, whether you are the victim or the guilty, experience for the first time or after so many times, you'd probably ended up in the same hell of emotions over and over again. Being ghosted the tenth time doesn't mean it less hurtful than the first time.

Here is what you can do should this situation happened to you.

1. If You've Been Calling Non-Stop, Stop

We can understand your behaviors after he disappeared. You panicked, and as a result, you went berserk, calling him and texting him repeatedly. You got even panicked when he doesn't call you back or doesn't reply to any of your messages.

You start overthinking, over-analyzing the situation. One advice for this is you should stop. Right at this moment. Immediately.

The advisable strategy is like this: Stop texting or calling him for three days, afterward, call him again. If he still doesn't reply or pick up your call, wait until next week to make a call. If he's on vacation or off the grid, he should have come back by then. If he still not picking up, you can continue to the next step.

2. If It Makes You Feel Better, Stalk His Social Media

There's a possibility he's on a vacation and it's hard to get a connection, or he's so busy having a road trip with his buddies. Whatever is it you find on the internet, still, don't assume anything.

While waiting, you can also equip yourself with interesting hobbies and activities. Go to a vacation if you can hike the mountain nearby, go to a cooking class.

Focus on your study or on your work. Go out with friends and have fun. Don't let a guy takes so much of your attention and energy. There is so much more to life than one guy only. Right?

4. If You Can, Confront Him Directly

If you're lucky enough to know where he hangs out usually, you can meet him face to face to talk about what happened. Don't ambush him, though. Or worse, stalking him.

Meet and calmly ask how's he doing. Don't talk about the problem right away. Instead, set up a meeting or a date where you can discuss relationship like adults.

5. Ask What Happened To His Friends

If you both happen to have mutual friends, you can go to the third party such as asking his best friends why you can't reach out to your boyfriend. Say to them that you're worried about him. They will sympathize and even if they don't know what happened to him exactly, they will help as much as they can.

If he's already breaking up with you, here's what to do after he breaks up with you.

If all the method above failed to make him get back to you, you should consider moving on. The proverb is right, plenty of fishes in the sea. There will be a guy that's perfect for you. He will respect you, nice, kind, and never let you hanging just like this particular guy. Until then, keep searching. Never give up.

Another tip, avoid online dating in the future if you can. Online dating is prone to disappearing acts. because deleting people from one's life is as easy as pushing a button, blocking them eternally. Stick to traditional dating instead.

There's also a possibility that after weeks or months, he would contact you again. And by then, you know what to do when a guy disappears and comes back. Ignore him back and block him from your life. No one should come and go to your life as he please, it's disrespectful. Have some self-respect. The guy is certainly the kind of people you'd want to avoid.

Michelle Devani
My name is Michelle Devani, and I've been helping people with their relationships since 2003. In 2017 I decided it was about time I started a blog on the topic, and since then more than 2 million people worldwide have read my relationship advice. Drop me a comment below to let me know what you think.
You May Also Like
Obvious Signs He Is Pretending To Like You (43 Things To Look For)
No Comments
Seriously Best Dating App for 30 Something
No Comments
Logical Reasons Why You Should Not Forgive A Cheater
No Comments