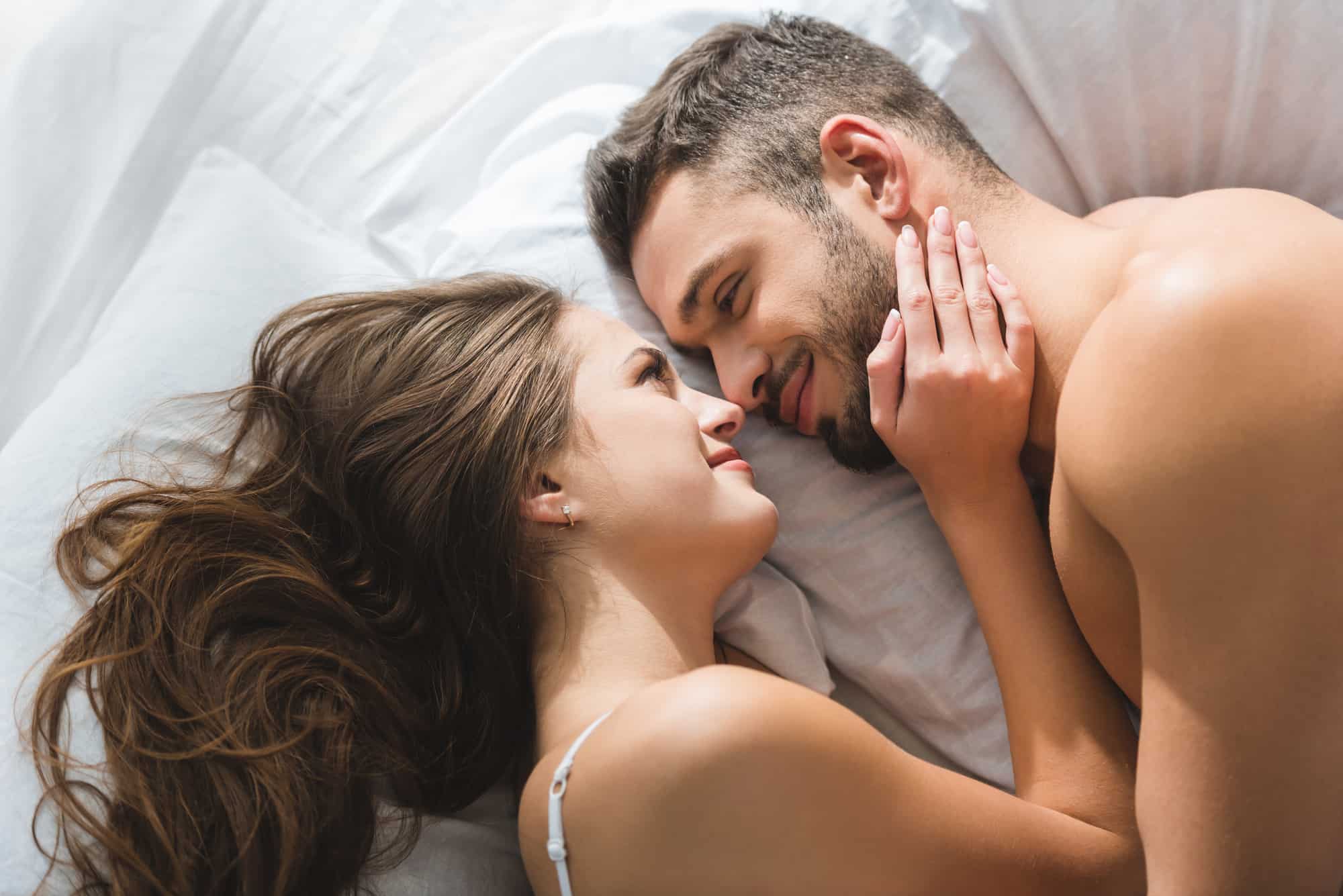 In term of relationship, Capricorn men are romantic and sweet. Even sometimes, Capricorns are hard to understand and cold from the outside. Despite their coldness, they are warm from the inside. When they are in love with a woman, they tend to express their feelings in a romantic way. Based on the fact, they are expecting the same from the woman they’re in love with.

However, one thing you need to underline if you want to be romantic to a Capricorn man, either it’s through actions or verbally. Do not do it over the top or else it will lose the meaning of it.

Nobody is perfect, everyone knows it. So do you and him. However, saying this sweet thing can be meaningful to him especially when both of you know he’s imperfect. Regardless of his imperfectness, he’s perfect the way he is. You love him that way. Say this to him, especially when he is feeling encouraged and down. Hold his hand and look at him right in the eyes to make him believe everything you say is true. Not only comforting, but it’s also romantic!

This may sound a little bit naughty and playfully but you can give it a try. Call him whatever suits him best. You can choose one of them that is so him. For example, he looks hot and handsome at the same time when he’s wearing a suit. Compliment him that sincerely. Not only is it naughty, but also romantic. Be ready for a kiss as a return.

For a year of your relationship with a Capricorn man, you’re used to calling each other by name rather. It’s your time to call him by these lovely names. It’s advisable to call him while hugging him from the back. He might think you’re trying to be flirting around with him. You are, but most importantly, you’re showing him your love and romantic side at the same time.

If he is very important to you, you should let him know that. Don’t just keep it for yourself. Say it out loud confidently. Let him know how meaningful it is for you to be with him. When saying this, make sure your actions speak the same. Don’t leave him an impression that your words speak louder than your action. Still, actions are the most important, especially to a Capricorn man.

You’re in a phase where you are already at the end of your quest. You have found the man you want to spend the rest of your life with. The person is him. Just let him know how you really feel about him and the relationship. It’s romantic after all. However, it's a different story if he does something behind your back or when he doesn't feel the same as you do. I can say that a cheating Capricorn man won't find it romantic at all. Instead, it will make him feel burdened.

6. “You’re The Reason I Believe In True Love”

You might have been hurt several times before that you didn’t believe in true love. But then, he came into your life and made things right again. He makes you believe in true love. The way he treats and loves you are beyond perfection. You feel lucky to meet him in your imperfect life. When you say this to him, not only is it romantic, but also is touching and sweet.

A Capricorn man is a lovely man, especially when it comes to a woman he loves. He will take care of you and makes sure you don’t lack everything. For such attitude, you should let him know that, at least once in a while. The right moment to say it is when you’re spending a romantic dinner together or every time he surprises you with something romantic. It’s a reward for his effort.

8. “I Never Get Bored Of Staring At You”

One of the most romantic things to say to a Capricorn man is while you can make him bashful and flattered. To make him bashful, you can say this while staring at his eyes. You can also put a sweet smile a little bit and hold one of his hands.

As you both are not always together 24/7, you think of him a lot when you're separated. It may sound a bit cheesy, but saying this once in a while will sound romantic and sweet at the same time. It will make him flattered as you still think of him even though you are busy all day. But if a Capricorn man ignores you, then he might not think of you as much as you think of him. Or else, he might be just too busy with his work that he has no time to think of anything else.

As a Capricorn man also known for being sweet as well as caring. They won't hesitate to give up all he can to please his partner without losing his true self. Therefore, a Capricorn man shows love to you without a hesitation.  To return his love, you should give him a sincere compliment in a romantic way which he cannot resist.

He is the love of your life and you are so thankful that you met him. As you might have met the wrong guys in the past, you experienced unpleasant things with many men. But, his presence changes all the bad luck into a good luck. He's your fortune cookie that you're treasured very much. When you say this to a Capricorn man, it's romantic and touching at the same time.

12. “You’re So Important/Meaningful To Me”

A Capricorn man likes to have a heart-to-heart talk with his partner, as he can be open up about everything. Use this chance to express how you really feel about him and the relationship. Let him know how much meaning he has in your life. Moreover, you don't want to lose him, not until death tears you apart.

13. “Thanks For Always Being There For Me”

He's always been there for you, the love of his life. You should be thankful and let him know that. It sounds romantic but what's the most important is how you're so thankful and love for his availability every time you need him. He's been there to give a hand when nobody's there to help.

His love is what you're most thankful for. His love to you all seen by his actions towards you. He may not good with words sometimes, but his actions speak for him. That's what's most important.

The ultimately romantic things to say to a Capricorn man is when you say you love him. Not just an empty word, but you say it with all your heart. You may not say it often as you are shy or do not want him to take it differently. But when say it when you have to say it, it really does sound romantic to him.  Not only that, you can also say this to make a Capricorn man calm down when he got mad at you. It definitely will work!

Romantic things to say to a Capricorn man is when you say it sincerely with all of your heart. You say it not only to make him bashful or flattered but also because you really mean it. To someone you really love, you should let him know how much he's worthy to you.  How much you treasure him and want to make things work with him.

Michelle Devani
My name is Michelle Devani, and I've been helping people with their relationships since 2003. In 2017 I decided it was about time I started a blog on the topic, and since then more than 2 million people worldwide have read my relationship advice. Drop me a comment below to let me know what you think.
You May Also Like
True Reasons Why Taurus Are The Worst To Love
No Comments
Reasons To Stay With Someone Who Cheated On You #1 Every Couples Guide
1 Comment
Different Ways To Hurt An Aries (11 Mean Ways)
No Comments