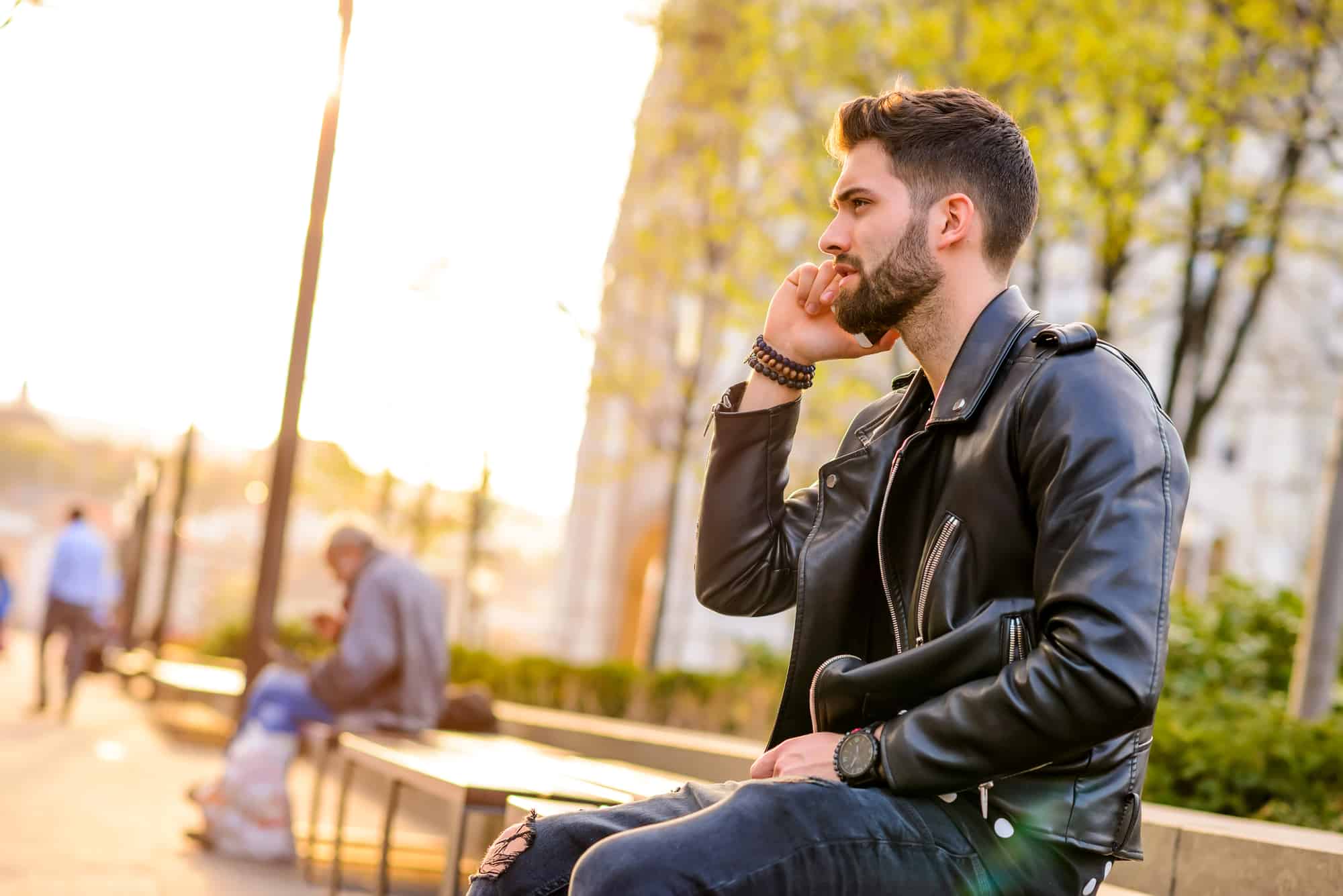 Obvious Signs Your Ex Boyfriend Is Trying To Make You Jealous

When there’s a start, there’ll be an end. That’s somehow the basic principle of many things in life. Including, your relationship, your love life. Just like how people will have to deal with goodbye after hello, that’s what you gotta deal with when you decide to be in a relationship with your loved one—perhaps your once loved--. No one wants a breakup, of course. But no one can ever make sure that they won’t have to go through it, unless they never date someone.

Dealing with your own feeling after a breakup is not an easy task itself, and now your ex boyfriend seems to have fun interfering you? Does he keep doing things that make you jealous over and over again? People do things for reason, girls. Here are few possible reason of what your ex boyfriend busy doing:

Why Does He Try To Make You Jealous?

Before we explain the signs your ex boyfriend is trying to make you jealous, let's read this first!

1. He Still Loves You

Yeah, this is kinda the best yet the worst point you’ll ever read here. You can’t get your hope high, but you need to know that this might just be the reason. Especially, if the case is, you’re the one who broke the relationship. If he’s the one who’s still begging you to stay, not really wanting to say bye and end things with you.  Oh, just how sweet and tempting can that be. Check these Signs Your Ex Still Loves You but Won’t Admit It to make sure you're not judging him wrong.

Sometimes when your ex boyfriend is trying to make you jealous, it’s not like he still loves you. He might just  be craving for your, or even others attention. He’s trying hard to prove himself, safe his pride, after going through a breakup with you. He want to show everyone that he’s fine, he’s better of without you, maybe even he’s able to date just any pretty girls effortlessly.

If the case is, you have someone else in your life, not so long after the breakup, then this might be the reason of his act. Knowing your ex is dating already, before you did, never feels good. Maybe that’s what he feels when he know you’ve found someone new. As a guy, he might be trying to show everyone that he can also do what you think. He can also show you how well is he without you.

Curiosity is one of human basic tendency. He might be curious, what’s your respond if he did that. He might be wondering, how you actually feel after the breakup. He did that just to see your reaction, are you outraged? Do you really stop caring about what he do?

Dealing with breakup differs from one to another person. It’s not impossible that your ex boyfriend try to do things that will make him feel good, or at least that’s what he expected to feel. It can be quite lonely after a breakup, doing some ‘fun’ will probably excites him.

If he's showing some of these  Signs Your Boyfriend Regrets Breaking Up With You, that might be the reason. He might be trying to show you that he regret it, he want you back, in such an exhausting way. Yes, making you jealous, triggers you.

So, here are the signs your ex boyfriend is trying to make you jealous:

In this generation, this is the most simple, effective way to spread the words easily without being direct. If he want to make you jealous, showing to everyone at the same time, this will probably be the sign. When you look at that post showing his hand, the one that you used to hold, holding another girl’s hand, do you feel like you need a bucket of ice block? He succeed, then.

Read also: Ways to Get Your Ex Boyfriend Back from Another Girl

2. Clinging With His New Girl Around You

If both of you live in the same place, maybe same university, same hometown, this might be his chance to make you jealous. Maybe it’s like..holding his new girlfriend, showing a lot of skinship, or even just praising her in front of you.

There goes the super direct ex boyfriend of yours, to him life should be simple. He might just tell you directly by texting or calling you. Bragging around telling you how happy he is, how pretty his new girlfriend is, talking nonsense just to pissed you off.

Giving his girlfriend extra attention and care can also be an obvious sign he’s playing around with your heart. He never even open the car door for you to come in like a princess? You might see him doing that soon, not to you, though.

Making you jealous doesn’t always mean he has someone new. He might just hang around girls, even your best friend, or any girl squad that you ever find annoying. To most people, this might be something just normal, but trust me. If you’re a girl just breaking up from a guy, seeing him hanging around girls will make your heart burst and gave you that jealousy seed right away.

6. Showing How Happy He Is

Like what we have known, new girl might not always be his way. He might be hanging around with that big grin on his face, hanging with his guy friend a lot, showing you just how happy he is without you.

He wants to show you he’s a good guy, that one guy you’ll regret dumping. Sudden achievements, although not always be related to you, probably be his way.

Tips On How To Deal With Him

He might do his things, your part is to do something with your mind and heart. Here are few tips you might find useful is he ever do things like mentioned above:

Ask yourself a question, do you still like him? Is the reason of your breakup tolerable? Can you rebuild your relationship with him ? Or is it just the time for you to ‘delete’ him out of your life? Not every relationship is meant to be saved, though some can. Make sure you know what you actually feel and want. If both of you breakup just out of emotion, who knows it’s the time to fall in each other arms again?

You might want to read: Signs Your Ex Misses You and Wants You Back

2. Dig In Through His Motivation

If you find what he did annoying, to a level you’re disturbed, just tell him he shouldn’t do that.

If he’s just too ignorance, just don’t care. Let him do anything he want, don’t respond anything.

You might also read: How to Tell Your Ex Boyfriend You Can't be Friends Anymore

Dealing with breakup is never good. Many things can happen, even the most unpleasant one. At times, that ‘ex’ might turn back to ‘ boyfriend’. However, make sure not to make the same mistake twice. Your relationship, you’re the one who know best about what to do about it.

Michelle Devani
My name is Michelle Devani, and I've been helping people with their relationships since 2003. In 2017 I decided it was about time I started a blog on the topic, and since then more than 2 million people worldwide have read my relationship advice. Drop me a comment below to let me know what you think.
You May Also Like
I Still Love My Ex Even Though It Has Been 3 Years Since Our Break-Up. She's Constantly on My Mind. How Do I Get over Her?
No Comments
24 Best Ways To Forget Your Ex (#1 Move On Fast!)
No Comments
Why Doesn’t My Ex-Girlfriend Seem to Care about The Way I Feel After She Broke Up with Me?
No Comments