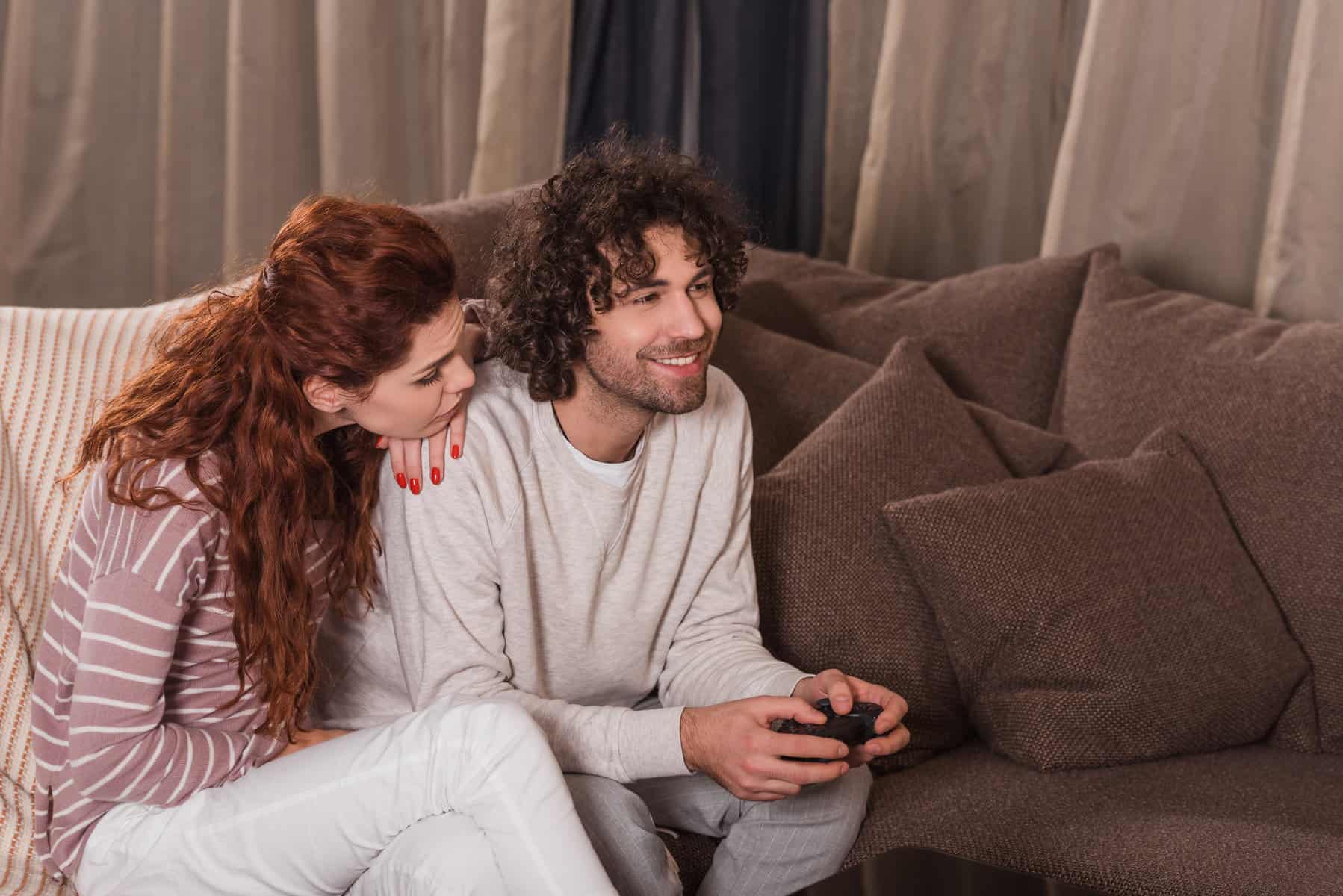 What Does It Mean When A Girl Calls You Love? (9 Possible Reasons)

It’s common for a guy to call a girl love. However, it becomes tricky and complicated when it's coming from a girl. When a guy calls a girl love, he probably has feelings for her. However, a girl could call you love just as a term of endearment.

From the average guy’s point of view, hearing a woman call him love could mean she really likes him or perhaps is in love with him. However, jumping to those conclusions could stir up misunderstandings. So, the next time a girl calls you love, consider the context to which it was said. Also, consider her tone and your relationship with this person. If you’re close friends and the relationship is strictly platonic, she’s probably just being nice to you.

There are several other reasons a girl could call you love. If you’re interested in finding out what these are, check out these potential reasons below.

Here Are 9 Reasons Why A Girl Calls You 'Love'

There’s a chance she could be in love with you or at least have a crush on you. This usually happens when or if you’re a love interest or you’ve gone on a few dates. When a girl is in love with you, she tends to call you pet names like darling, babe, etc. A woman who has romantic feelings for you will often call you endearing names. So, if you’ve been asking, “what does it mean when a girl calls you love?”, this is one reason.

Another potential reason a girl calls you 'love' is if she thinks you’re adorable. Perhaps you did something nice for her, like lend her a listening ear or helped her carry a heavy item. She's probably going to add the word love to the end of her ‘thank you’. In cases like these, you can’t possibly think she’s a romantic interest. She’s just showing gratitude. You may not even be the only one this girl calls love.

So, the next time a girl calls you love, try to remember if you did something nice for her recently. Perhaps she’s calling you pet names simply because she thinks you’re a gentleman which basically means she has noticed how considerate and thoughtful you are. Just take the compliment and be on your way.

3. If you’re her partner

If you’re her husband or her boyfriend, it has probably become your nickname by now. Your partner will hardly ever call you by your real name, especially if you’ve been together for a while. She'd call you baby, darling or some other sweet sounding name.

In this case, I’m not sure you’re confused about her motivations since it's quite normal in this scenario. A woman calls you an endearing nickname when she’s in a relationship with you and when she’s attempting to show you affection. Just the same way you call her baby because you romantically love her.

4. She’s attempting to flirt with you

If a woman calls you love while you’re at a bar, club, mixer or any other casual social gathering, this may be a sign that she’s trying to flirt with you. However, this is not an excuse for you to jump to conclusions. You’ve got to watch her body language and listen to her tone before you conclude that she’s making a move.

In most cases, she’s had too much to drink and every guy she sees is a potential love interest. If she calls you love in this scenario, take it with a pinch of salt. She doesn’t romantically love you, she’s just under the influence.

However, if she’s sober and she’s throwing you suggestive looks while calling you a charming nickname, she’s probably trying to flirt with you.

5. She’s indirectly asking for a favor

Women know how to talk you into giving them what they want. When a guy calls you love, it's quite simple; there’s a 99% chance that he likes you. Guys are less complicated. However, women have proven to be a bit more tricky. If she’s calling you love when you’ve got something she wants, it's safe to be curious.

Perhaps you have a friend who would like you to do her a favor. She’s not likely to call you by your real name at that particular time. She will try her best to make you feel special so it gets harder for you to say no to her. You would be wrong if you thought she was calling you love as a show of affection.

6. She uses the word as a term of endearment

Guys hardly use endearing terms casually, so it's normal for them to get confused when they hear it from a lady. When a crush calls you love, it's a clear sign that they’re trying to express the way they feel inside, at that particular time. In this case it's beyond friendship, she’s probably trying to make the first move. However, there are women who just use the term ‘love’ because it has become part of their vocabulary.

They’re just being nice and polite. To them, calling anyone love is basically an honest way to be kind. So, if you aren’t her boyfriend or a big part of her life and she calls you love, she’s not trying to display affection; she's just being kind as usual.

7. She forgot your name

Unlike ‘baby’, ‘boo’ and other endearing names reserved for couples in a relationship, the word love is commonly used in very platonic situations. If someone randomly calls you love, it's very likely that they’re just being polite; that’s a good thing. However, sometimes it’s because they can’t remember your name.

This does not necessarily include guys. A man-to-man conversation will hardly include endearing terms; it's just not the way they communicate. If someone calls another man love, it could be assumed that he’s gay or just plain crazy. Understanding the guy code is a big part of being a man.

On the other hand, any girl can call both genders ‘love’ with no extra meaning attached to it, even though she has no relationship with these people. So calling someone love may be her way of covering up because she forgot their names.

If she’s from the UK, then it’s pretty normal to be called love over there; it's the way they communicate. One thing the brits are known for is their famous terms of endearment like, “love”, “hon”, etc. So, there’s no need to ask, “what does it mean when a girl calls me love” in this case because it simply has no meaning.

Calling someone love in the UK is like saying, ‘my friend’ in other parts of the world. It's just a polite way to refer to people. There‘s no point wondering what they feel inside just because they called you love.

9. You call each other love

You may have called her love a few times and she picked that up and called you the same after a while.

Most times, this means she is comfortable with that pet name and she may grow used to calling you love overtime.

What does it mean to call someone love?

When you call someone love it means you are getting connected to this person or already in a strong relationship with the person. Because love is what it is. There is always a connection that will fuel that emotion to call someone love.

What are the signs a girl likes you?

If she’s your girlfriend, there’s no doubt that she likes you. However, if she isn’t your partner, there are other ways to know if she likes you. For example, she will always introduce you to her friends and family if she really likes you, because she’s comfortable having you around them.

Yes, if you are in a meaningful relationship and you know the guy cares and sees you also as "his love", what stops you? Some girls can call some guy their love but the guy doesn't love them in return and this can be heartbreaking.

What does a girl mean when they say "I love you"

What does it mean when a girl says “I love you?” It means a lot! It means she’s committed to you and she wants to be a special part of your life and journey. She’s not playing it safe anymore and she is not too shy to admit that to you.

How do girls flirt?

Girls can flirt by showing physical acceptance to the guy through gifts. They can also dress seductively to get the attention of the guy or perhaps make moves of care to a guy even when he never requires them.

I hope you found this article helpful. Remember, there are so many reasons a girl could call you love. So don’t assume that she calls you an endearing name because she’s in love with you; she’s probably just being nice. Please let me know what you think about this article in the section below and be sure to share the article.