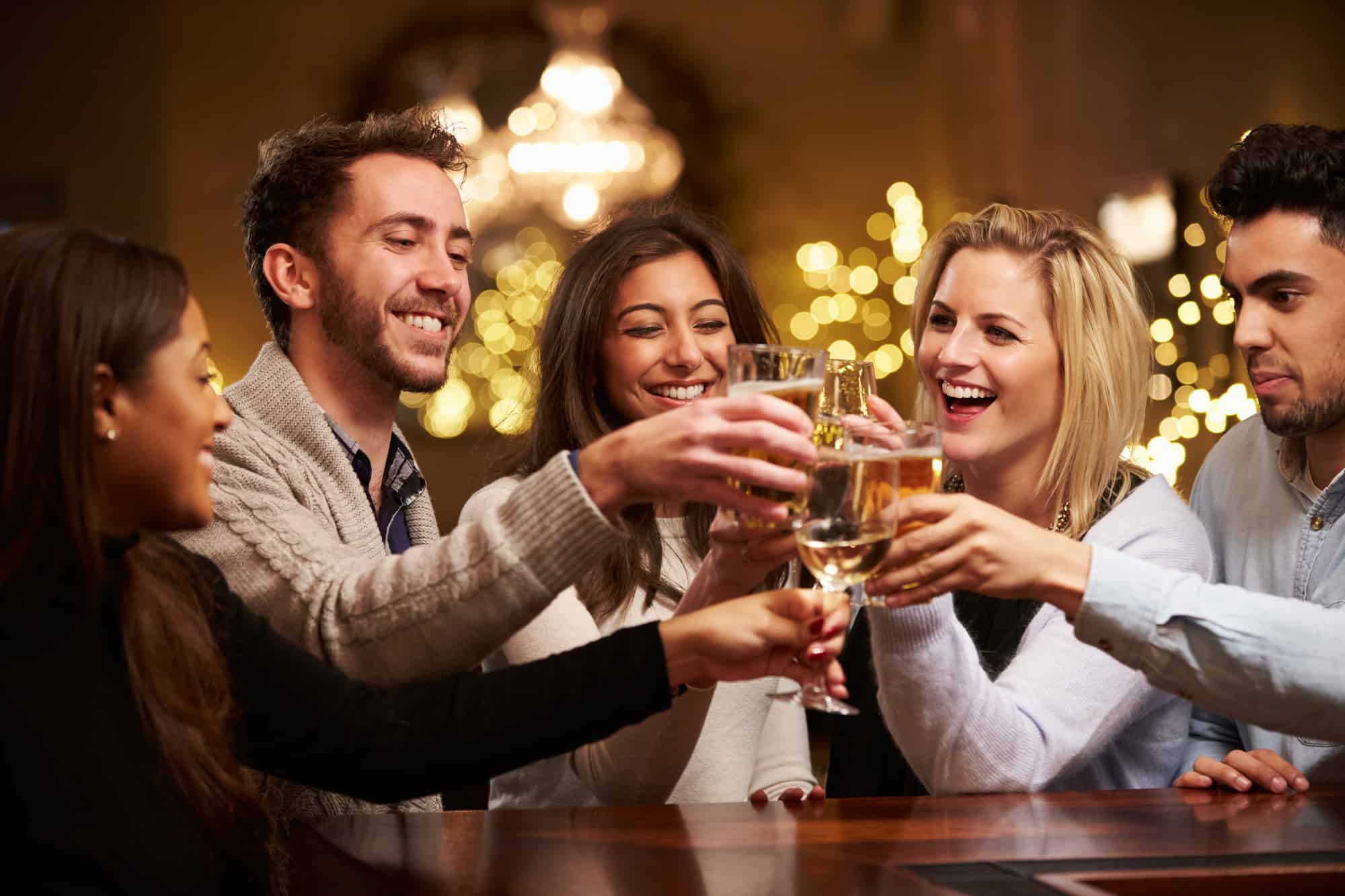 Why Do Guys Act Like Jerks Around Their Friends? Here's The Reasons

Regardless of the age, guys are a young boy deep down inside their soul. They are still the same old boy who loved to laugh and doing mischief around. At certain times, this cheerful personality of his lift up your mood for sure. But there are also times when he went of control and acting like a total jerk, especially when he’s with his friends.

It’s quite annoying how he acts so differently when he’s with you, make you wonder why do guys act like jerks around their friends? The answer is simple, actually. Just like how you act when you’re with your best friends, that’s what he did.

Maybe it’s not that simple, maybe there’s more to discover. To fulfill your curiosity, let’s check out on possible reasons why do guys act like jerks around their friends and what you should do about it.

1. He Wants To Be Accepted by His Peers

You become friends in a smaller circle because of one things: you share many things in common. It made you click with one another so you like to hang out together. Imagine if one of your friend changed because she dates someone. Wouldn’t it be pretty annoying?

It’s the case with guys as well. They don’t want their friends think they changed because they start dating someone (you) or start liking someone. He probably act differently in front of you since he knows there’s no way you’d fall for a jerk. And it’s impossible to treat you the way he treats his friends.

Also read: Why Do I Get Upset When My Boyfriend Goes Out with His Friends?

It has become a worldwide common sense that guys always act differently in front of woman, especially the one they like. All the time. There’s no need to be too surprised knowing that he’s not like himself you know when he’s with his friends.

In fact, the one that you know is not his real self. He becomes himself when he’s with his friends. All that you saw is how he wants to appear in front of you. Doesn’t mean he fake it, though. You don’t really act like yourself as well with guys, do you?

3. He Vents Out His Stress

When you’re down and in trouble, you find your friends to get cheered up. When a guy acts crazy with his friends, he’s just happy that he meets them. He vents out his stress from the bad day, loads of work, or — maybe — his troubled relationship with you.

He looks for support from his friends since nobody knows how to lift up his mood better than his best friends. Don’t worry too much. Nothing is strange. If this happen to be happened with you boyfriend, it doesn’t make you a bad girlfriend.

Also read: How To Apologize For Being A Bad Girlfriend

4. He Feels Comfortable Around His Friends

Your friends know who you really are, deep down inside. So do his. He feels comfortable when he’s around his friends that he knows they won’t judge him for being a jerk. It only shows how close they are to each other.

When you are comfortable with someone, you won’t hold back because you know they’ll love you no matter what. Friends are one of the strongest support system in someone’s life.

5. He Makes Revenge On You

Uh oh. This doesn’t seem so good. Well, it does. If you want to know why do guys act like jerks around their friends, probably there’s only one reason: you. This could happen when you’re in a relationship.

Also read: Signs of An Unhealthy Relationship with Boyfriend

Your man jerking around ignoring you because he felt the same the last time you’re together with your BFFs. He acted like it’s not a big deal just to take revenge on you. You better sort this out ASAP.

6. He’s Tired Of Acting Around When He’s With You

It’s quite relatable with the previous point. Women are complicated that they always complain about everything. And their man’s behavior is the main subject. You asked him not to do this and that, you wanted him to do this and that it’s so tiring for him.

He didn’t lash out on you because he loves you. But he did when he’s with his friends. He’s going around acting like jerks because he’s tired to act like a good boy all the time. Maybe?

7. He’s Just Having Fun With His Friends

Know that guys have thousand ways to have fun, one of them is jerking together with their friends. As a woman (and maybe a girlfriend), it’s better to be more flexible about this. As long as he didn’t hurt you with his behavior, let him be.

8. Every Men Is Boys When They’re With Friends

Here comes the ultimate explanation: he just never grow up when he’s around his friends. So why don’t you let him have his funs together?

Now that you know the reasons why do guys act like jerks around their friends, here are some useful tips on what should you do about it. You don’t really need to be stressed for his behavior.

Just because he acts like jerk around his friends, doesn’t meant he really is. It’s too quick of you for a judgment. You should reread the points above if you still think so.

If you date someone and you never know he can be such jerk in front of his friends, you should reflect on yourself. It is you who don’t know him so well, or is it the real him you never know before?

3. Know About Him More

It’s good if you want to know him better. Even when you feel you’ve known him enough, there must be some points you’ve been missing out.

Those are the complete explanation about why do guys act like jerks around their friends, along with useful tips for you to deal with it. As long as he doesn’t commit crime, infidelity, or damaging your relationship in any way, isn’t it okay to act like jerks a bit?

Michelle Devani
My name is Michelle Devani, and I've been helping people with their relationships since 2003. In 2017 I decided it was about time I started a blog on the topic, and since then more than 2 million people worldwide have read my relationship advice. Drop me a comment below to let me know what you think.
You May Also Like
What to Say to Your Boyfriend When You Are Mad at Him - Make Him Love You More
No Comments
Hot Ways To Make Your Man Love You Even More
No Comments
Why Does My Boyfriend Don't Want To Sleep With Me Anymore?
No Comments