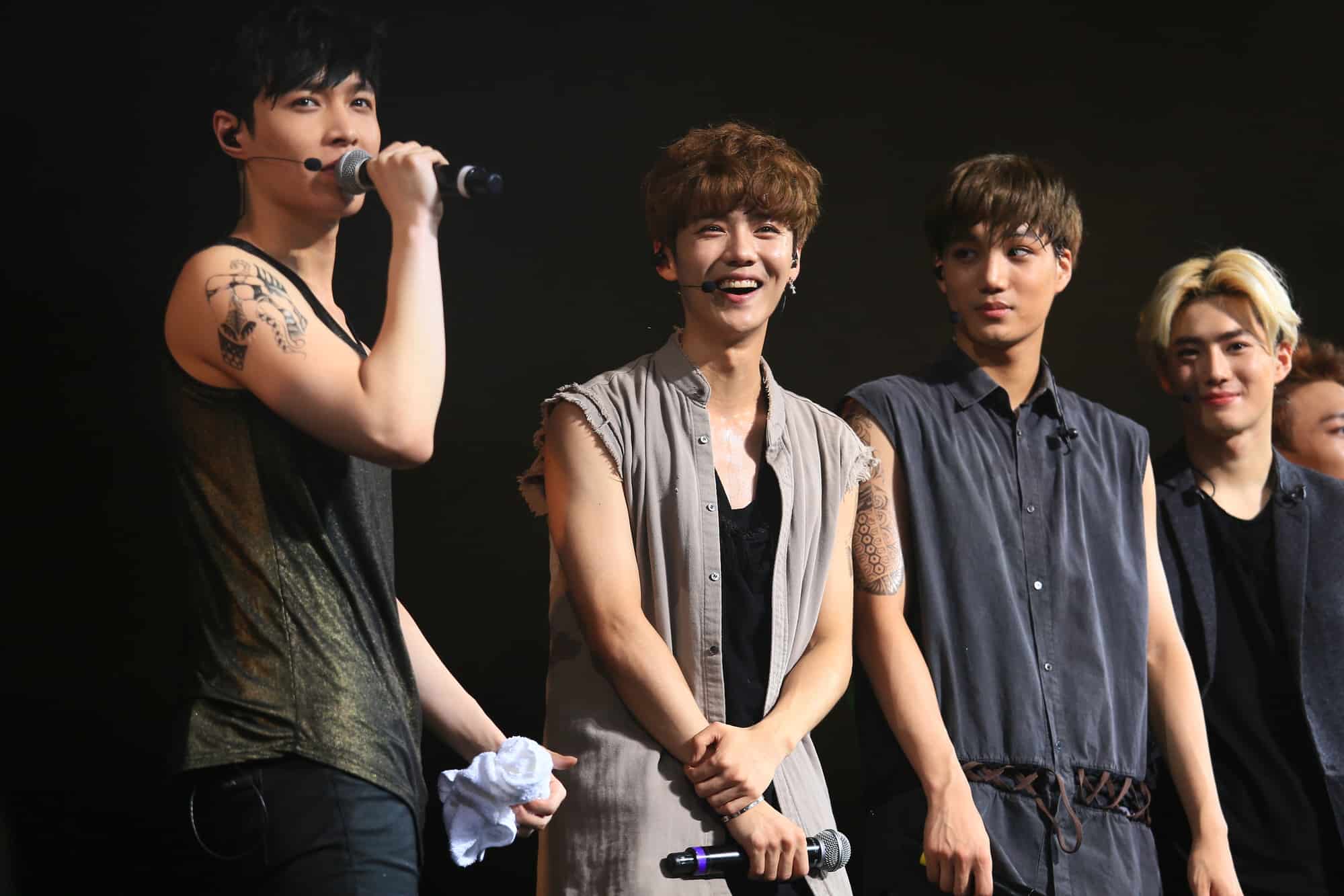 How To Get EXO Notice You During Their Concert (Read This EXO-L!)

E-X-O. Seems like anybody know about them. Arguably the top Korean boy group along with BTS, EXO has millions of fans around the globe. Called EXO-L, most of them are diehard fans who would literally do anything for their favorite idols. The most common one would be attending their concert, spending 5 straight hours screaming, singing, and taking photos relentlessly.

Every fans dream is to get noticed by their favorite members at the concert. But EXO concert always packed and it’s going to be hard to get noticed. For the record, the latest EXO solo concert called Elyxion managed to gather approximately 500.000 audience across the world. So how to get EXO notice you during their concert? Well, it might be hard but it’s not impossible.

The first thing you should do if you want to get notice is not to be ordinary. You may want to look pretty as much as possible, but it’s not going to make EXO notice you.

Well, there are many other pretty people in the room so you will only look just as the same as everyone else. Decide to go beyond ordinary. It means you shouldn’t dress the way you usually do.

Also read: How to Get BTS to Notice You At A Concert

Every K-Pop group has their own official lightstick. EXO’s shine in silvery white Cosmic Latte color, which is truly beautiful. It’s mandatory to bring lightstick to the concert, but it’s not all you have to bring. Everyone’s going to light their own stick in the stadium so you have to make your appearance distinctive.

3. Create Your Own Banner

So this is a real story from a 17 year old EXO fan who get noticed by almost all EXO members during their concert. And guess what did she bring? She made a round, fan-sized banner with EXO members’ face in each of it. She made Sehun’s, Chen’s, D.O.’s, and Chanyeol’s.

Also read: Why Should You Never Date a Musician

Surely she didn’t use, let alone handsome, regular photos of them. Instead, she chose hilarious photos such as Chen’s high school graduation photo, Chanyeol’s pre-debut photo, and a picture of D.O. with funny expression.

Brought them to the concert, she managed to get several EXO members looking directly at her camera! Isn’t she the truly fan goal?

Another way how to get EXO notice you during their concert is by bringing a unique placard. Fans usually write their favorite bias name on it, so you can take it to another level. Instead of putting words like “I LOVE SEHUN” or “D.O. is my prince”, you can opted for the extraordinary.

Use words like “I’M GOING TO MARRY BAEKHYUN” or other extreme words coming into your mind. Make sure it’s different with the others. And in case you’re not a Korean, try to write it in Korean so it’s easier for them to notice.

To attend a concert, not just EXO’s, you need to keep your schedule free for the whole day. Even the gate just opened in the afternoon, you might have to come to the venue the night before to make sure you get the best spot.

What is the meaning of bringing the best attributes to the concert only to find yourself crammed in the far end of the stadium? So, yes, your position matter.

Also read: Why You Should Love BTS

Whether it’s standing or seat tickets, you have to pick the right spot where the EXO members would likely pass through during the concert. That way, not only you can see them up close but also get noticed by them.

6. Dare To Be Embarrassed

The more embarrassing you look, the higher your chance to get noticed by EXO. Just brace yourself when everyone is laughing at you. You can either cosplaying the members or bringing an outstanding properties to the venue. No, it’s not prohibited.

Also read: How to Make Someone Famous Notice You on Instagram

How Should You Prepare Before Going On A Concert

While many of you have already familiar with the concert atmosphere, some must have been waiting for their first time going to an EXO concert. So here are how you should prepare yourself beforehand.

For the first ever concert, you should wear something comfortable and not making you sweat too much. As for the shoes, you better wear Converse. The concert is long, but the waiting time is even longer. Hats are also not suggested as they will fall easily when you’re jumping up and down at the hype.

Ticket, lightstick, and fan signs are definitely must bring. Stuff them in your bag the night before and do re-check before you to make sure you don’t left anything.

A concert last for 3 to 4 hours at most, but you have a long way before that. You have to depart early from your house so you can steal the best spot. When you get there, the gates probably be opened in about ten hours later. Yes, it’s a long day outside the venue.

Don’t forget to bring the lip balm. Your lips would get dried from the extreme wind. Also bring some snacks and food because you have to eat while waiting. And stay hydrated with waters.

You will have a long waiting so you can bring unfinished books you read, listen to music, or doing your homework. Yes, everything is possible. Make sure you bring portable charger so that you phone won’t die before the concert.

So those are all the ways how to get EXO notice you during their concert. For all EXO-Ls out there, good luck. May the odd is in your favour so EXO can spot you among the crowds.

Michelle Devani
My name is Michelle Devani, and I've been helping people with their relationships since 2003. In 2017 I decided it was about time I started a blog on the topic, and since then more than 2 million people worldwide have read my relationship advice. Drop me a comment below to let me know what you think.
You May Also Like
How To Tell Someone They Smell Without Hurting Their Feelings, Guarantee Works!
No Comments
What is The Different Between Asexual and Pansexual? Sex Orientation Explained
No Comments
Do Girls Like Guys Who Crossdress - An Explanation
No Comments