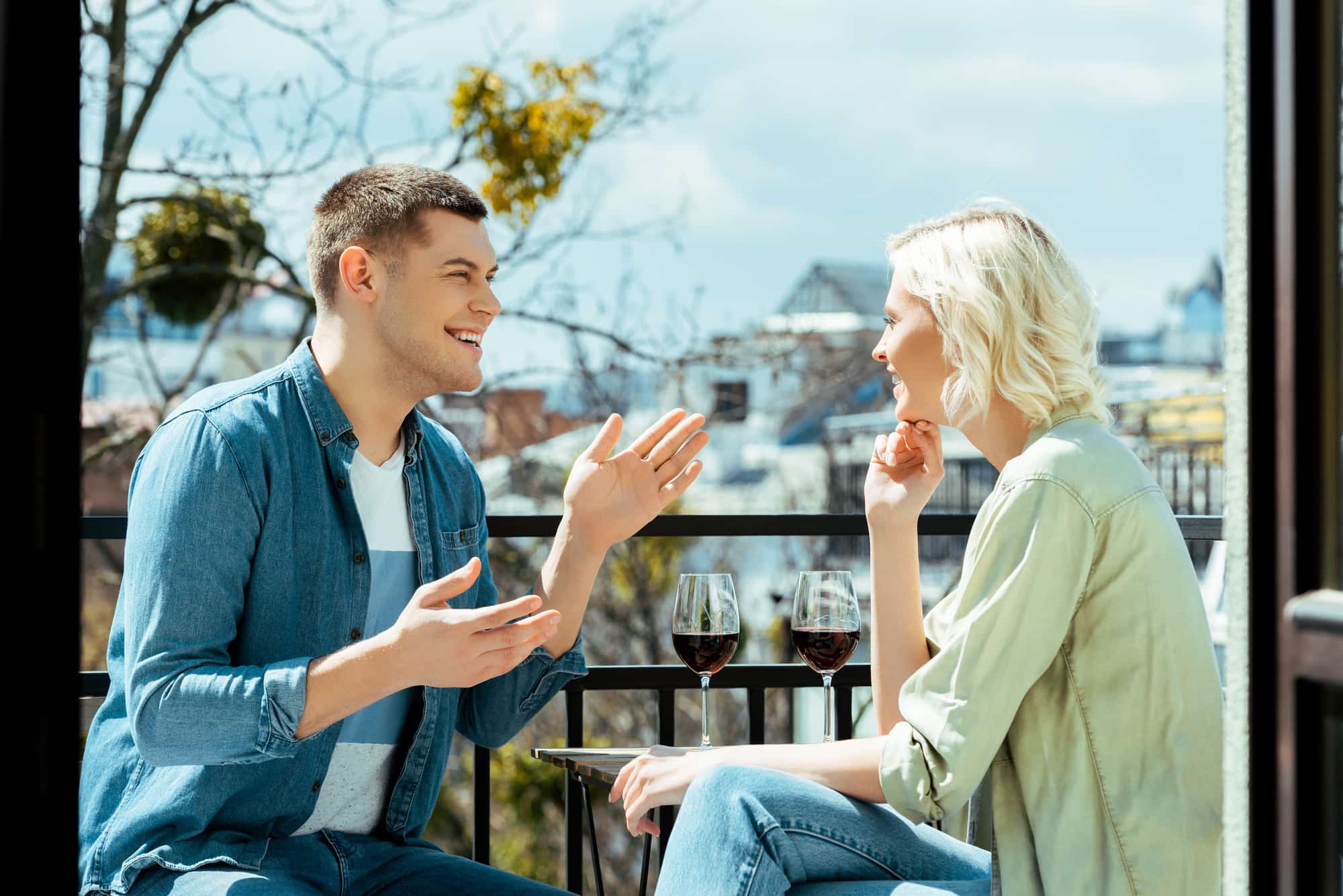 Love and dating are two different things. You started dating because you are interested to each other and wishing to know each other more. However, after going out for a while, the L word has never been spoken. As a woman, you need an assurance. You might be going crazy thinking over whether he loves you or not while you already falling in love with him!

The first thing that you should know is that not all guys are good at expressing their feeling. For you, those three words may sound easy since it doesn't take long to say it but for others, it could take a lot of courage. However, just because he never say it doesn't mean the love isn't there.

You have to be able to read all the love signs he has shown you all along. Besides doing the ways how to make your boyfriend deeply fall in love with you, there are many subtle signs you may have not notice before which show just how much he loves you.

Here are how to know he loves you even when he doesn't say it.

1. You Are His Priority

Love is all about priority. If you are an important part of his life, then it's enough proof that he does love you. He spare his time to pick up your calls and replying for your text, he take care of your needs and consider your feeling in everything. And the most important thing is, he chooses you over his friends, which is very rare thing for guys.

The fact that he makes time for you means you are his priority. Reading all these signs, you have to quickly find ways to make a guy fall head over heels for you and make sure he stays with you.

2. He Talks About The Future A Lot With You

There are a BIG difference between a guy who sincerely has feeling for you with the guy who dates you only for fun. He talks about his future a lot with you and he includes you in it. He is using the "we" and "us" word a lot while talking about it, making it clear that he wants you to be part of his life.

He probably seeing the wife material signs in you and he has a clear vision about where the relationship would be going. Knowing that he shares his future plan with you and the fact that he wants you to be the part of it should assure you enough about his genuine heart.

3. He Wants You To Stay Close To Him

When his mouth is closed, his body says it all. Affection can be told by how he act when he is with you. He always hold your hands while walking together, hugging you, patting the lower part of your back and many more. He may doesn't say it out loud but he wants others to know you are his.

4. He Is Always Curious About Your Day

You might be having an extremely regular day where nothing much happen but his curiosity never go down. He doesn't skip a day to ask about everything you did the whole day and whether you're happy or not. He really cares about you that he doesn't want to miss a a little thing from you. Isn't is too sweet?

5. He Brings Your To Meet His Family

What is the biggest signs that your boyfriend is going to propose soon? It's when he brings you to meet his family! His extended family to be exact. Don't take it lightly when he told you he wants you to come to his house for Thanksgiving or meeting his his grandparents or attending his cousin's wedding.

When he brings you to meet his relatives, he clearly saw a future with you. A woman who is brought home means she is special enough for him.

Reasons He Doesn't Say It (Yet)

Have you ever think that he has some issues that makes him hard to say "I love you"?

1. He Is Afraid Of Being Rejected

Just like women, guys are also afraid of being rejected. He wants to play it safe, knowing and become sure you love him before he says he loves you. It's perfectly normal for him to wait for sometime before make it official with those three words.

2. He Had A Bad Relationship In The Past

It's not wise to judge him the bad way just because he doesn't say he loves you. It could be due to a horrible experience in the past and he found it hard to find the ways to move on after a bad relationship. He can't help but it did leave a big scar in his heart so that he always reluctant to say the L word.

Then again, it doesn't mean he doesn't love you. Maybe all he needs is a little time before he can fully trust you and get rid of his trauma.

3. He Doesn't Know How Tell You

Well, saying he loves you could be a big deal. He loves you but he doesn't know how to say it! This is real because guys are not as expressive as women so it could be really stressful and nerve-wrecking for him.

Love is not as simple as saying "I love you". As it holds a deep meaning, some people find it hard to say. All you have to find out is the ways how to know he loves you even when he doesn't say it. Don't you think that guys who doesn't easily say he loves a woman is a guy who has a thin chance to cheat? Lucky you.

And hey, why don't you take the first move?

Michelle Devani
My name is Michelle Devani, and I've been helping people with their relationships since 2003. In 2017 I decided it was about time I started a blog on the topic, and since then more than 2 million people worldwide have read my relationship advice. Drop me a comment below to let me know what you think.
You May Also Like
The Ultimate Things to Know Before Dating the Female Paramedic
No Comments
Factual Reasons Why Scorpios Are Hard To Understand
No Comments
Tips On How To Walk Away And Make Him Miss You
No Comments