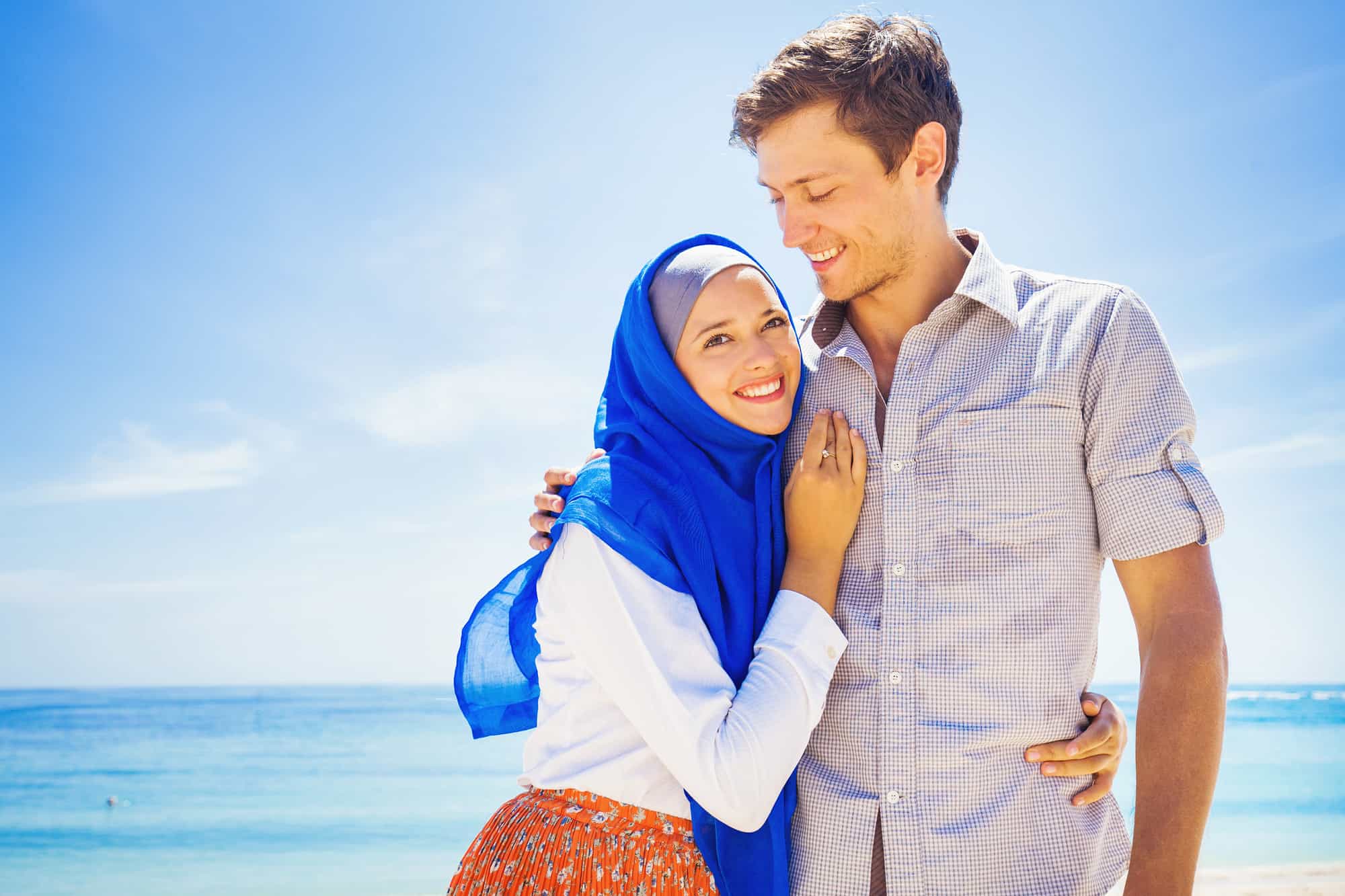 How Do You Know If A Muslim Guy or Girl Likes You? Is It Allowed?

Love knows no boundaries. This is why it is possible that love can happen between two people with totally different backgrounds. Whether it is race, religion, culture, or nationality, love doesn't discriminate. Isn't it beautiful? No wonder that some people declare love is a universal language. Just like a smile, laugh, and music.

However, backgrounds do influence how people would behave. Especially in the matter of love and relationship, which is heavily influenced by social setting. Now, when it comes to Muslim guy or girl, you may think that it's a bit tricky, knowing the 'strict' stereotype the religion has.

You may have a crush to a certain Muslim guy with awesome personality but you don't know what to do. You wonder about how she/he would act romantically.

Most importantly, first and foremost you have to make sure whether he/she likes you. So, what are the signals? One thing to note, let's assume that the guy or the girl we're talking about here is quite religious and devoted.

Being upfront in romance is not a common trait among religious Muslim. If they like you, you'll most likely be met with a bashful attitude. Guys will not dare to stare directly into your eyes. Girls are even trickier because sometimes you simply can't know.

Pay attention to little details. Does she often avert her gaze? Does she become red on the face when speaking with you? If the answer is yes, there's a possibility that she likes you. Also, learn some secret signs whether a girl likes you, especially if she's introverted.

2. They Ask Your Friends About You

Their shyness results on guerilla tactics such as inquiring your friends about you. Instead of asking you directly, they will ask your friends first.

They will ask about your personality, your relationship status - whether you're single or not. To them, asking your friends serves as some kind of research before making a further approach. You may also need to read about Tips for a Good Relationship in Islam About Husband and Wife

3. They Give You His/Her Number

Although it may sound like how a typical relationship starts, exchanging number is quite a big deal here. It means that after they asked around your friend, they think you passed the test. Well, congratulation. Now you're one step closer to your dream Muslim guy/girl. You may also need to read about Relationship in Islam is Haram?

It also works the other way around. If you ask them their phone number and they give it to you without hesitation, then you can safely proceed to the next step.

4. You Bump Into Them Many Times

Another guerilla tactic is that you suddenly bump into them everywhere. If you both go to the same school or university, you often notice them sitting closer to you at a class.

If it's a colleague at work, suddenly they want to be included in the same project with you. If it's the guy at the gym he may show up during your gym session. You may also need to read about To-Do Lists on How to Get a Girl to Like You in Islam

Don't be creeped out though, as long as they don't disturb or blatantly harass you. They're just overly shy. If you like them back, you can spare them out of their misery by being the one initiating the conversation. They will appreciate it if you do. Sometimes, a smile or a greeting also work wonderfully.

5. They Want To Hang Out With You

When they're comfortable, they won't say no to a hangout invitation. However, in many cases, expect that it won't be just the two of you on the first 'date'.

You'll find yourself hanging out with their friends too at first. Image is very important among Muslims. They prefer not to strike as easy by agreeing on a private date too early in relationships.

6. They're Curious About You And Ask A Lot Of Things

When a Muslim guy or girl likes you, they will also do such a thing. Especially if both of you are polar opposites or with a different religious background.

Expect getting asked a lot about your upbringing. This aspect of communication can open a new opportunity for both sides. It's a perfect way to understand each other and bridge differences.

7. They Pick Up The Call And Text You Back

Sometimes exchanging number doesn't mean anything and you need to be surer. You can try texting them first, and a bit later, make a phone call.

Someone who likes you would never just leave you on read on WhatsApp, or worse, ghost you. This applies to Muslim guys and girls as well. If they enthusiastically reply, it means they're excited to communicate with you.

Want to find out more signs on their texts? read here.

8. They Break The Rules

Love is blind indeed. When a Muslim guy or girl likes you, they will not hesitate to break a rule or two. This can be an ultimate sign that he or she really likes you.

For example, a girl may not be allowed to have a boyfriend by her parents. But for you, she will gladly go behind her parents' back to date you. She will sneak away from the house to meet you. Her willingness to go such a length is sure a clear sign of her interest toward you.

Michelle Devani
My name is Michelle Devani, and I've been helping people with their relationships since 2003. In 2017 I decided it was about time I started a blog on the topic, and since then more than 2 million people worldwide have read my relationship advice. Drop me a comment below to let me know what you think.
You May Also Like
How To Start A Conversation With Your Crush For The First Time
No Comments
8 Logical Reasons We Want Shawn Mendes to Be Our Boyfriend (or Even Husband!)
No Comments
My Bisexual Crush Has A Girlfriend, What Should I Do?
No Comments