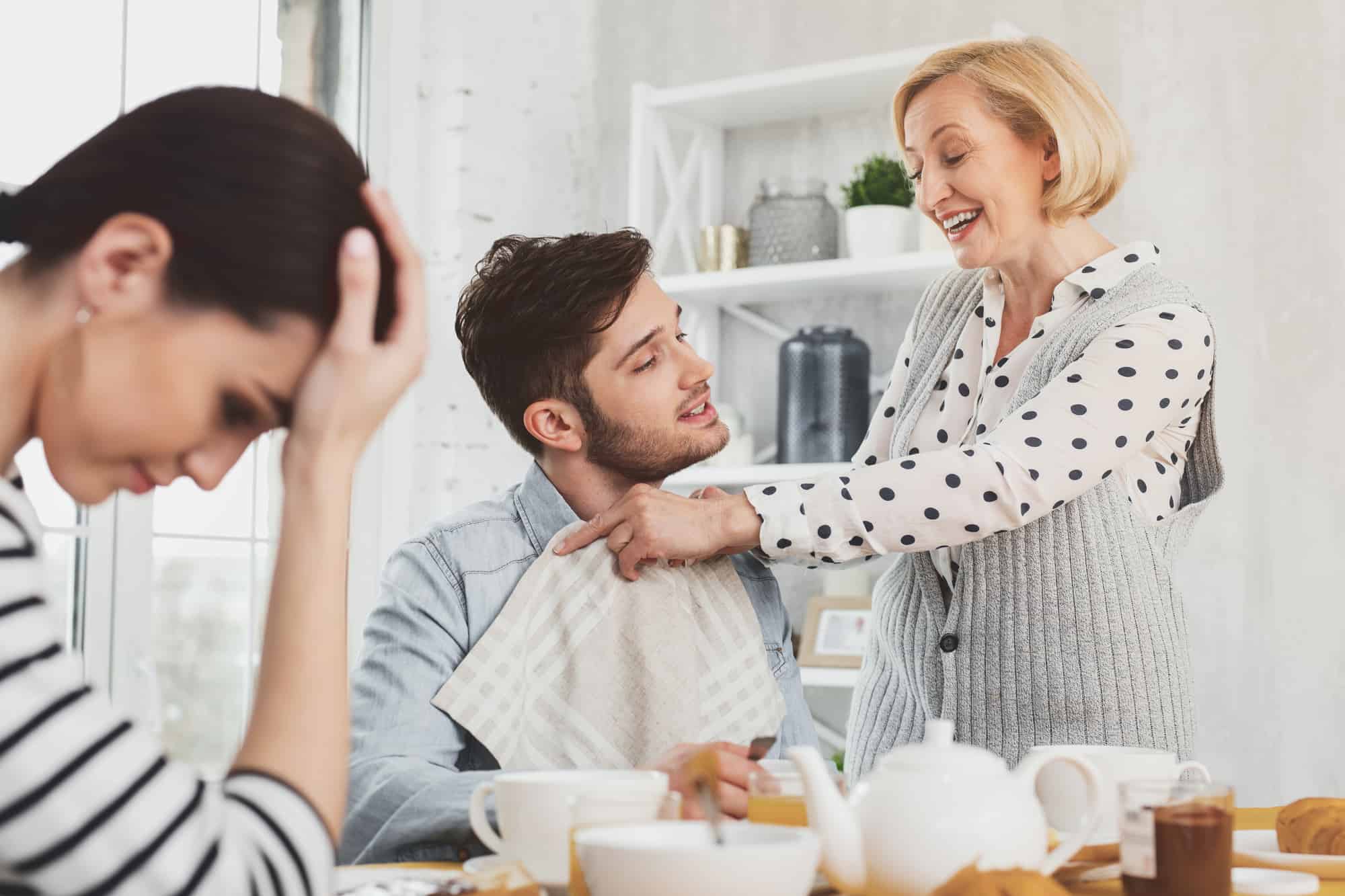 Best Ways How To Deal With A Guy With Mommy Issues

Even if it’s necessarily like that—a man could have a mother issue when he is overly attached to his mother. But we’re going to talk about a man who’s not in a loving relationship with his mother. It’s usually quick to notice somebody like this: it’s hard for him to trust woman.

So these tips below may help you to deal better with him:

A guy who’s not in a good term with his mother is usually insecure. When everyone else who grow up out of their other’s love believe that true love does exist, he apparently doesn’t think so.

Also read: Why You Should Never Date a Mama's Boy

He has so many insecurities regarding love and trust. He also may appear as someone cold and doesn’t care about his surrounding. While he has so many thing to worry about, be understanding about it.

2. Keep Up With His Trust Issue

Trust is something that he doesn’t easily give. In fact, he doesn’t want to believe anyone. Women, in particular. It will be hard for you to gain his trust. Even when you have been dating him, doesn’t mean he can open up his deepest secret to you. It requires a lot of effort.

3. Try Your Best To Win His Heart

As he is a reserved guy, he puts his guard up against anyone. He was taught not to trust anyone easily, and he acts cold to cover who he really is. If he’s really worth it, you’ve to try your best to win his heart.

For your information, a guy like him is hard to love someone but when loves, he loves hard.

4. Show Him He Can Count On You

In contrast with mama’s boy, a guy who has a trust issue with his mother tend to do everything alone. When he’s sad, he finds way to resolve on his own. Depending on somebody else is not his thing.

Show him that you’re trustworthy. Be there when he’s down, scream in joy with him when he’s happy until he knows that not everyone is like her mother.

5. Let Him Take Time To Trust You

Speaking about gaining trust from him, it doesn’t seem easy it is not easy. You never know how much time he needs to trust you. You can’t force him to, either. So here’s how to deal with a guy with mommy issue: let him take time to trust you.

His dark past may have left a big wound in his heart. You never know how bad it was for him, so be patient and be understanding.

Also read: Ways to Get Over Jealousy Issues in A Relationship

6. Avoid Talking About Your Mom

It’s a big red to talk about your mom when you’re with someone who’s been hurt because of his mom. Avoid talking about her in any situation as much as possible.

For example, you’re having dinner together and say “Oh, my mom’s cooking is better than this” or “This is my mom’s favorite”. Okay, you love your mom but you’re being inconsiderate toward him.

7. Don’t Ask About His Mom Or Family In Particular

You don’t know what he had been through that made him who he is today. Sure you’ll be curious what had happened, but you better keep it for yourself. Your curiosity won’t do any good to him or your relationship.

Also read: Things You Should Know Before You Date Someone with Depression

So don’t ask anything about it. Never ask “What happened to your mom?” or “How are you feeling about her?”. Don’t ask about his family either.

Nobody told you to deal with everything alone. Things can get hard because he’ll be quite unpredictable. Ask for advice from his friends who have known him for a long time. You’ll know about him better or even the story about his mother. It’ll help you a lot in dealing with him. You can also seeking advice from expert like psychologist.

9. Find Your Own Support System

When you’re busy coping with him whose mommy issues is severe, don’t forget to look after yourself. Always find strength and support from your loved ones.

Share about this with your mother or your best friends. When you see a dead end, other person can see things clearer and give you advice you never thought of.

10. Listen To Him Sincerely

It’s a long way to go before he can open up to you. So when he starts sharing about his darkest secret, give your utmost attention to listen to him. Let him know that you really care and you’re ready to help him through his hardest times. It’s a good sign that he starts to trust you. But, once again, you still have a long way to go. A long, long way maybe.

People say that everyone is fighting his own battle. It’s true, though. He’s fighting a battle because of his mother. But you shouldn’t judge his situation no matter what. You shouldn’t think that he’s weak, or his mother’s a bad person before knowing the situation as a whole.

So those are the tips how to deal with a guy with mommy issues. If he’s worthy enough to love, it won’t be an easy feat to win his heart. Be strong and hold on.

Michelle Devani
My name is Michelle Devani, and I've been helping people with their relationships since 2003. In 2017 I decided it was about time I started a blog on the topic, and since then more than 2 million people worldwide have read my relationship advice. Drop me a comment below to let me know what you think.
You May Also Like
Is Tinder a Good Idea to Find Lover? - The Dos and Don'ts
No Comments
What to Do When Your Boyfriend Breaks Up with You for No Reason
No Comments
He Cheated on His Girlfriend With Me but Why Is He Ignoring Me
No Comments